Deadly Premonition 2: A Blessing in Disguise

Some people think the appeal of 2010’s Deadly Premonition boiled down to “so bad it’s good,” but I don’t think that’s accurate. Back then, a lot of us unironically loved the game. It had an earnest charm, conveyed through a unique small-town setting and memorable characters like FBI special agent Francis York Morgan. Yes, it had technical issues, but fans saw past them and developed a genuine appreciation for the gameplay and story. Unfortunately, that degree of goodwill is practically impossible to extend to this sequel; much like the victim at the center of its story, Deadly Premonition 2: A Blessing in Disguise feels like a lifeless relic frozen in ice.

The tale is split between two main sections. The first takes place in present day Boston, where a pair of FBI agents are investigating the recent reappearance of a murder victim’s missing body. As it turns out, this young lady was the central figure of one of York’s earlier cases, which took place in Le Carré, Louisiana. The agents are appropriately skeptical of York’s involvement, and his aversion to the color red and insistence on talking to an invisible fairy don’t do much to establish his credibility. These present-day portions play like a visual novel, with a bare minimum of interaction and loads of dialogue. It’s not a great way to kick off the adventure, and the pacing and line delivery is agonizingly slow.

These present-day sections feel plodding, but they don’t take up much playtime. The majority of the game flashes back to York’s time in Le Carré, where he investigates the gruesome murder of a young girl. Once York realizes its connection to a drug ring and the mysterious appearance of red seeds, he’s determined to take over the investigation. The case itself is strange and convoluted, and the investigation goes in directions that even the most ardent fans won’t expect.

I really liked the tone and setting from the first Deadly Premonition, and much of that appeal – at least on the story front – is back in A Blessing in Disguise. Characters are never what they seem, and the setting gives director Hidetaka “Swery” Suehiro and his team access to a variety of archetypes that aren’t just rehashes of Twin Peaks episodes. There are a few cringe-inducing moments, particularly focused around voodoo and trans people, but none of it feels mean-spirited.

Le Carré is home to a robust cast of weirdos, which is probably why York seems to enjoy being there so much. The Casa Pineapple hotel, where York stays, is staffed by a chef, bellhop, and concierge that appear to be the same person. Melvin, the town Sheriff, enjoys recapping what’s going on in the style of a movie-trailer announcer. Patricia, Melvin’s daughter, tags along with York for much of the investigation, providing some sass and local insight. I always looked forward to meeting one of the town oddballs, since it’s one of those all-too-rare situations where you genuinely don’t know what’s coming next. In Swery’s world, anything truly is possible, no matter how dumb, silly, or outlandish.

Deadly Premonition 2 is a frustrating experience because it nails so many of the things that made the first game great. For instance, there’s a character named Emma who runs a skateboard shop in her garage. She also plays upright bass at the Owl’s Nest bar with her dad and the owner. Emma’s dad is the town’s pastor, and he also runs the medical clinic. All this is to say that Emma wears a layered shirt with stars on the sleeves and the word “baptize” printed on the front. I don’t know why, but it just about killed me the first time I saw it. It’s weird while being technically accurate, which is a tightrope walk Swery and his team nailed in the first game. I don’t even mind graphical oddities and glitches such as Emma occasionally being rendered in her garage in the same space as her instrument – arms jutting out of its sides like she’s wearing a bass-guitar costume. As a fan of the first game, I wasn’t expecting technical perfection, but my forgiving approach to these shortcomings ends when they affect gameplay. And boy, do they.

Emma’s shop isn’t just for show. York had his car stolen when he arrived in town, and he’s been getting around on a skateboard. He’s a better skateboarder than he was a driver – or at least the controls are better. The framerate, however, just about kills it and everything else in Le Carré's open world. It’s a halting, stuttering slideshow that gets worse when using one of the most efficient means of travel. I had to take frequent breaks from playing because it made me nauseated, which has never once happened to me in the decades I’ve been playing games. It’s awful. The framerate problem isn’t limited to your time on the skateboard, either; regular on-foot exploration also pushed my tolerance to its limits. The issue also makes other tasks a complete guessing game; while bowling, the meters that govern your shot’s strength and spin are rendered nearly useless thanks to choppy performance.

These technical complications are puzzling since Le Carré is one of the most empty and least engaging open worlds I’ve seen in years. You may see a pedestrian or two, and cars occasionally drive by, but there isn’t much else going on. The town is a vast expanse of identical trees and repeated buildings. Fortunately, I was able to avoid some nausea by taking advantage of the fast-travel system, which is available early on. Taking this shortcut means that you won’t hear some of York’s conversations with his alter-ego Zach – but they repeat themselves so frequently that you probably aren’t missing out. How many times do you really need to hear a recap of Forest Whitaker’s career, after all?

I loved the play-at-your-own-pace philosophy the first game embraced, which is an important aspect that the sequel is missing. The minigames and sidequests just pad out the length; they don’t add insight to any of the characters. In one of the most egregious examples, you can go on a series of photo-based scavenger hunts by standing where a photo was taken in an album. Find all 20, and you get a small prize and a chance to do it four more times. Nope. Prizes for these side activities include components that you can use to craft special tokens and trinkets, which increase your various gun-handling stats, give you more stamina, or tweak any other number of behind-the-scenes meters. The game is so trivially easy and meeting York’s various food and maintenance requirements is so simple that there’s no reason to engage with any of these systems apart from your own sense of completion.

In Le Carré proper, you can use York’s pellet gun to shoot bees, dogs, squirrels, and alligators that attack you. When York taps into his ability to access the Otherworld, combat becomes more of a focus. Here, he’s able to go back in time and witness what happened during pivotal moments. These parts are interesting, but you have to slog your way through some incredibly tedious action scenes to get there. You basically walk through an unchanging series of corridors while blasting the same three enemy types over and over again. Any tension is thwarted because the game pauses for a split second before these enemies spawn into the world, so you know when to expect them every time. From there, it’s a matter of shooting the creep in the face and moving on, whether they’re a scissors-wielding clown or creepy succubus. There are boss fights, but they’re such pushovers that I wondered why they bothered showing up.

When the credits rolled, I was completely shocked. Not because I couldn’t believe who the culprit behind all of this was, or how messed up the final encounter was, but because it came out of nowhere. Characters are built up and then deflated without fanfare. There is a final confrontation, but it’s hollow and seems rushed. It’s a weird paradox overall – a game that is simultaneously too short and too padded out, but here we are. It’s bound to be another polarizing title, which ultimately shouldn’t come as a big surprise. I just wish I could have counted myself among its defenders this time. 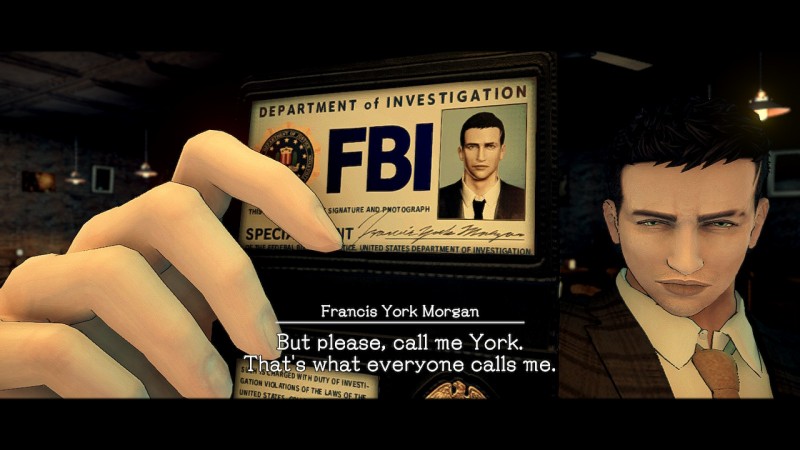 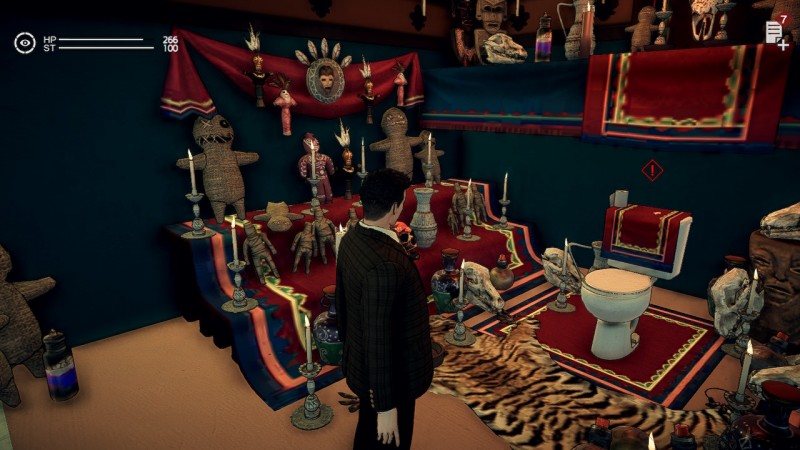 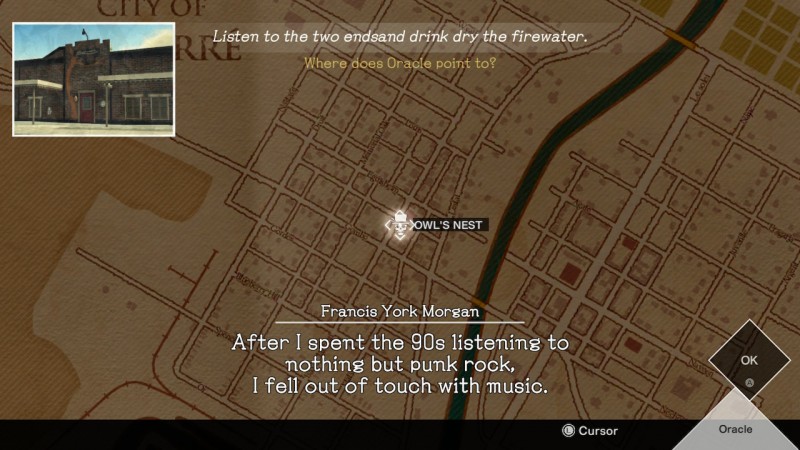 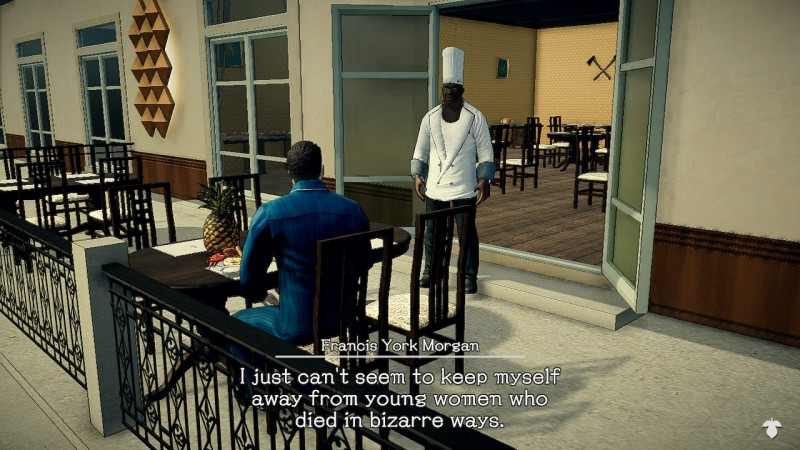 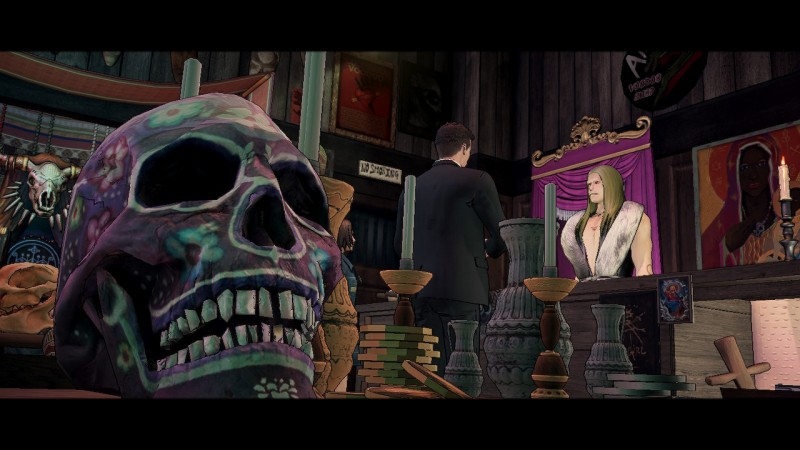 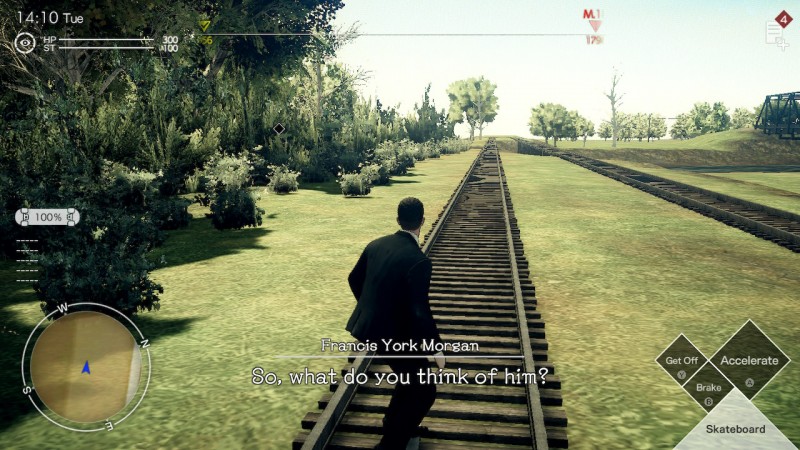 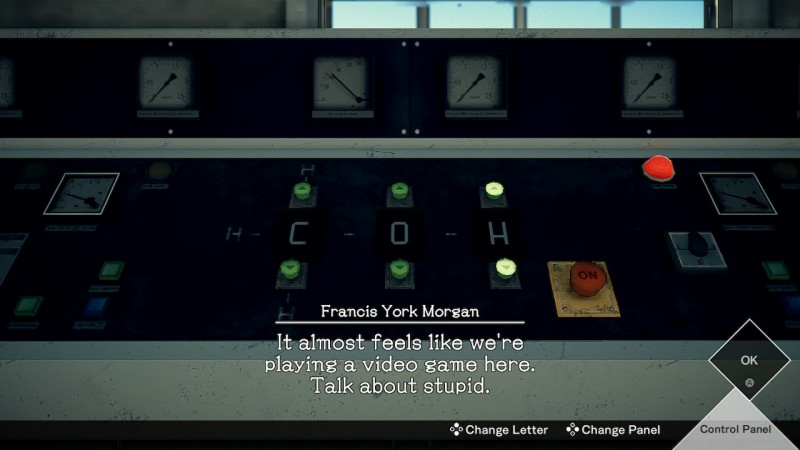 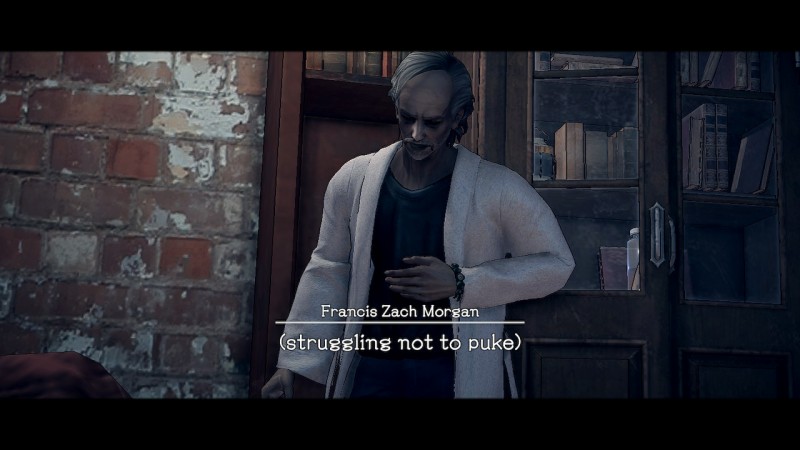 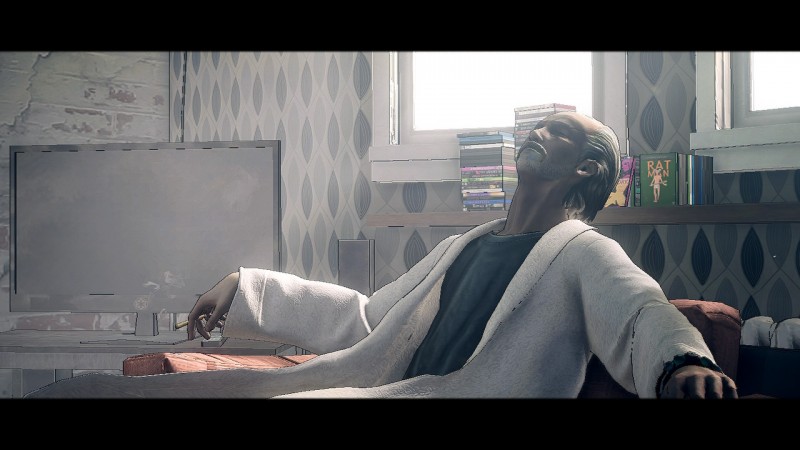 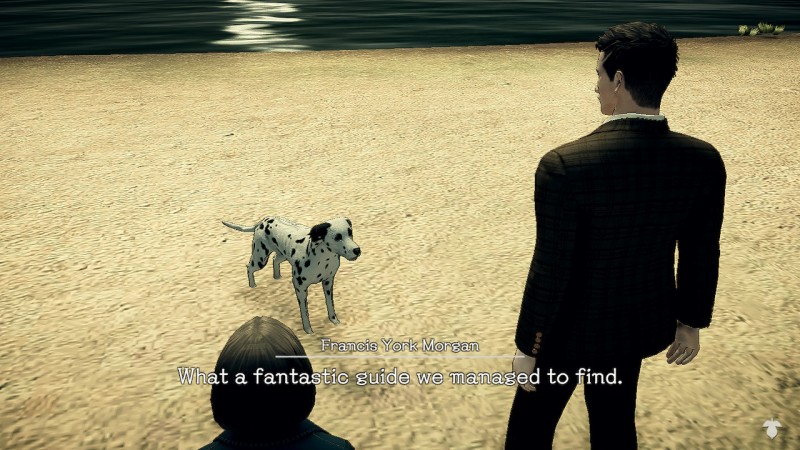 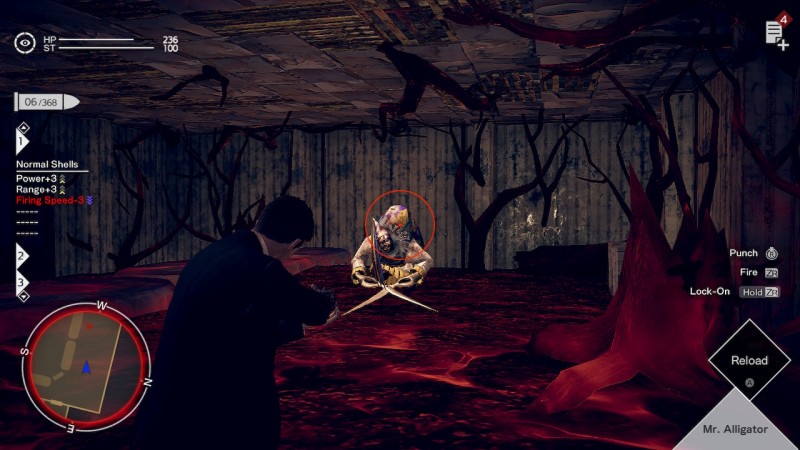 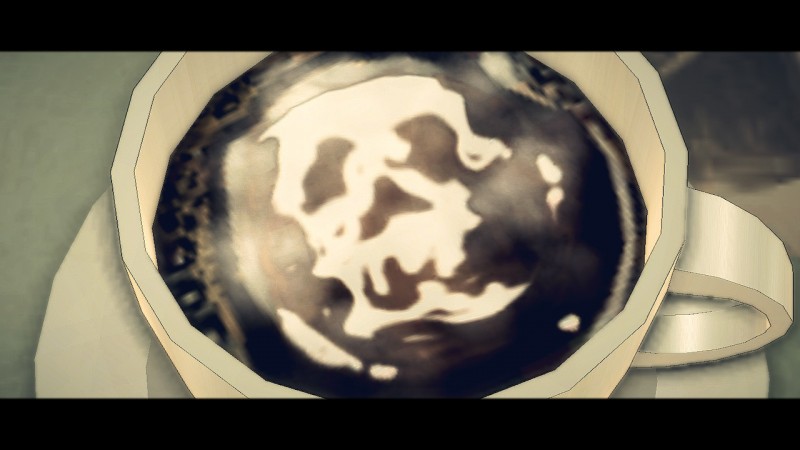 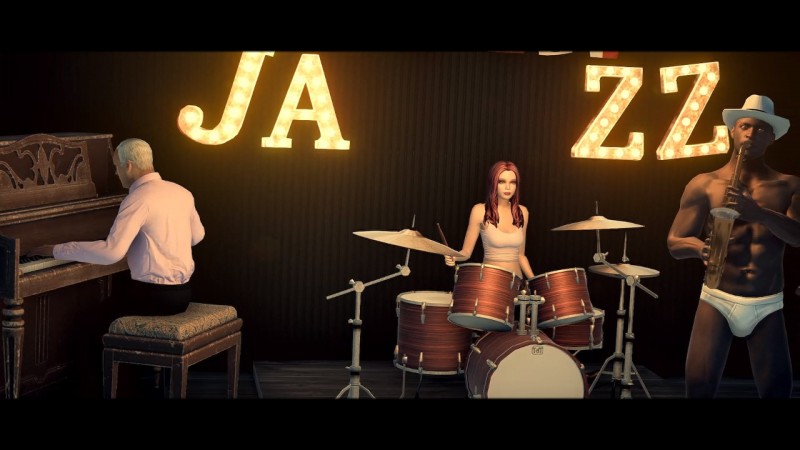 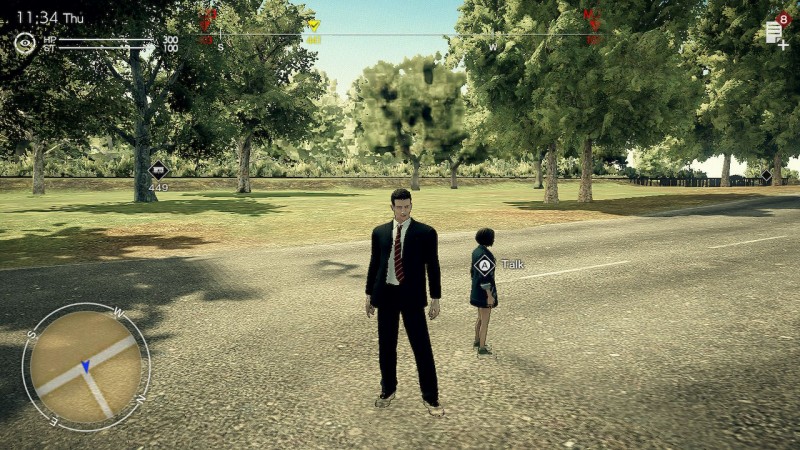 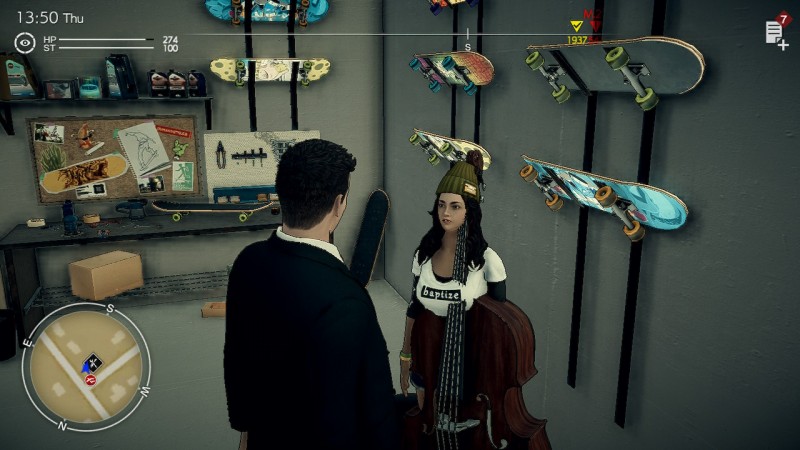 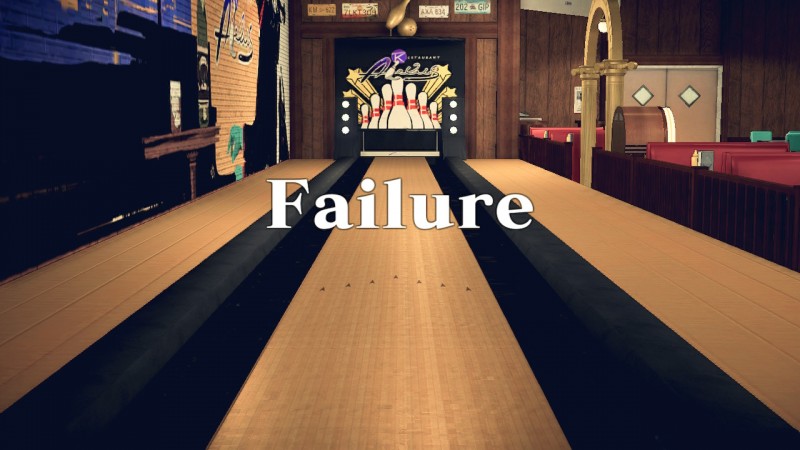 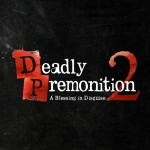 Deadly Premonition 2: A Blessing in Disguise

Much like the victim at the center of its story, Deadly Premonition 2: A Blessing in Disguise feels like a lifeless relic frozen in ice.

Purchase More Info
5
i
Game Informer's Review System
Concept Catch up with FBI special agent Francis York Morgan and investigate a gruesome crime in the Louisiana town of Le Carré
Graphics The first game’s visuals were dated when it debuted 10 years ago, yet somehow the sequel looks and performs even worse
Sound The soundtrack is filled with undeniably catchy tunes, and voice performances fit the quirky atmosphere
Playability An unforgivable frame rate ruins much of the experience, rendering some minigames virtually unplayable and turning the simple act of walking around into a nauseating chore
Entertainment Revisiting Deadly Premonition’s unique sensibility is fun, but aggressively poor production values and shallow gameplay make it tough to stick around
Replay Low