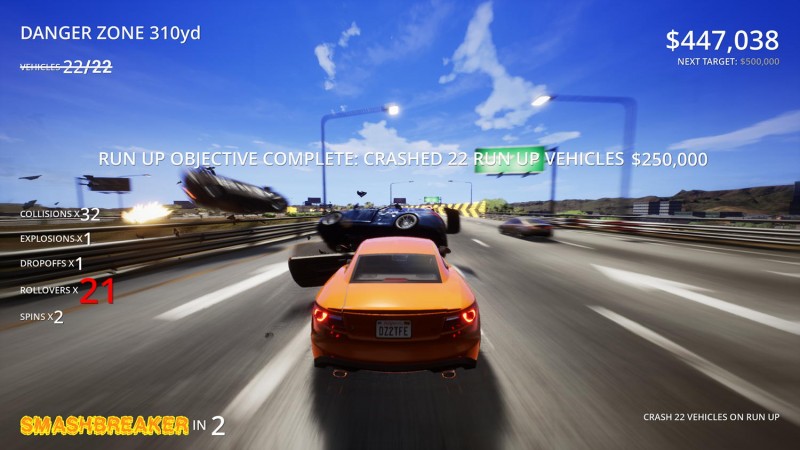 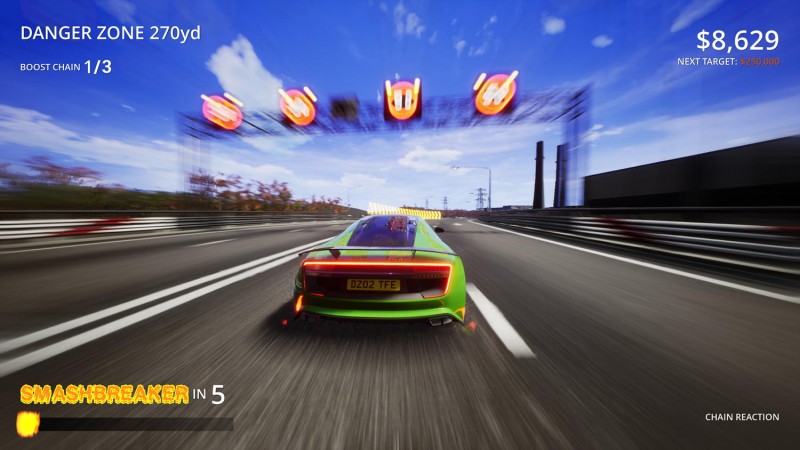 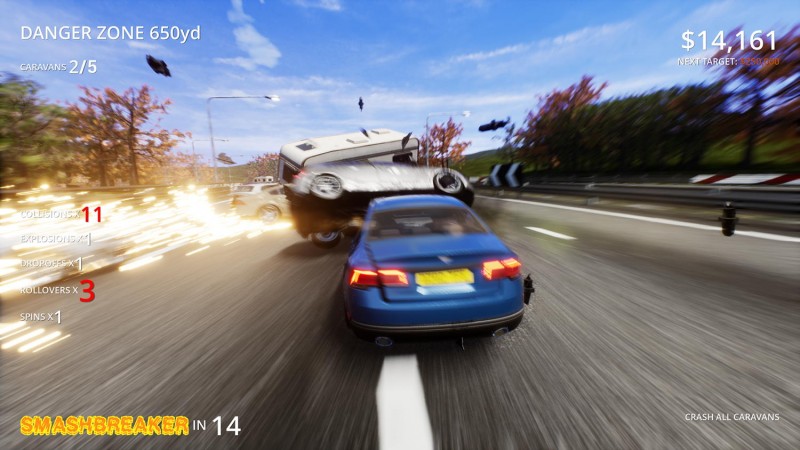 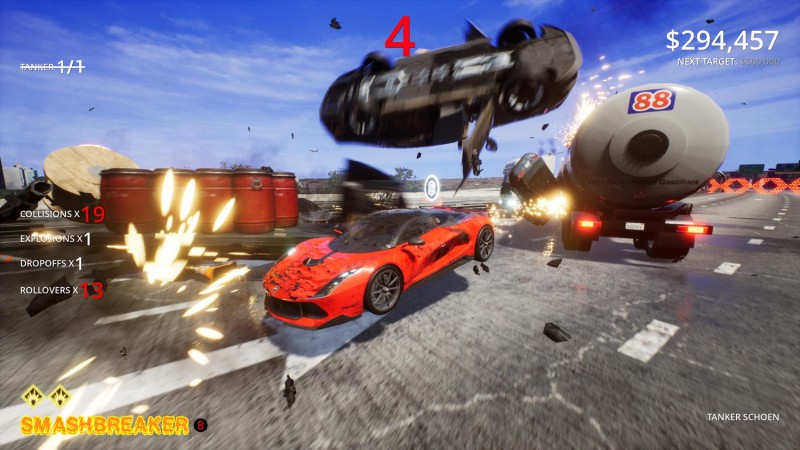 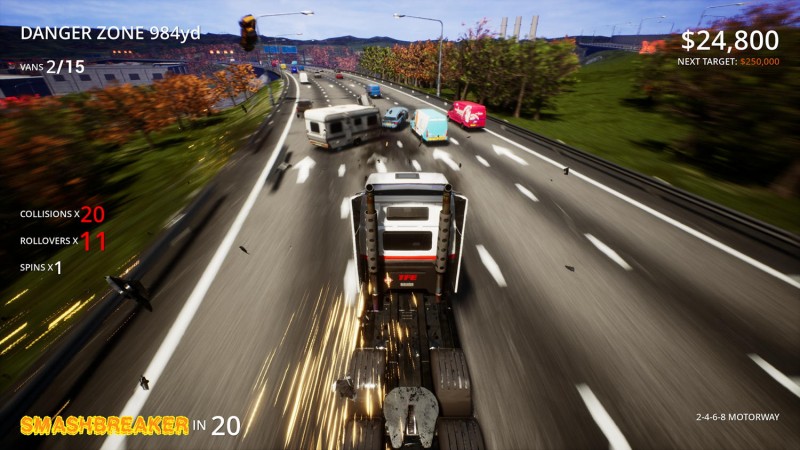 Three Fields Entertainment’s games so far (Danger Zone and Dangerous Golf) haven’t strayed from the studios’ roots as the creators of the Burnout series and its fabled Crash mode. Danger Zone 2 is no exception: You hurtle your car towards an intersection and hope to create as much chaos and damage as possible when you detonate your explosive Smashbreaker and blow up everything around you. But this sequel adds on to the formula by also emphasizing what you do before you get there, and in the process, expands the playing field – if only a little.

The new objectives added to the levels (which are now set in outside environments) are not surprising, but they’re effective. They don’t just give you something extra to do, they fit nicely into the game’s existing framework. Who doesn’t want more ways to spread destruction? Destroying a requisite number of a certain vehicle type is often about controlling a semi and punting cars ahead of you like auto-projectiles. Racing through timed gates sounds boring, but when it’s into oncoming traffic in a fast-but-fragile formula-one-type car, you may actually look to scrub off speed just to stay alive rather than get to the gate as fast as you can. Increasing your speed also ups the fear factor when you chain together boosts, which is the only way to win in some levels. These examples also highlight how Danger Zone 2’s various vehicles influence gameplay in their own way, another welcome addition.

Regardless of how appropriate it all fits together, the gameplay isn’t deep enough to allow you to construct outcomes that lead to lasting satisfaction. For instance, the way you interact with cars and environment is limited, and the linear levels always end in a Smashbreaker detonation in a pre-designed zone. The reliance on a mixture of randomness and carefully orchestrated set pieces is definitely part of its charm, but the predominance of randomness only exacerbates the sense of shallowness and lack of thrills that go beyond an ephemeral dopamine hit.

Like the first game, Danger Zone 2 isn’t helped by its sparse feature set. Multiplayer consists only of leaderboards (not even pass-the-controller multiplayer) and there’s no progression system apart from medaling to unlock the next level.

Danger Zone 2 takes necessary, if limited, steps beyond its predecessor with new pieces that fit nicely into the structure of chaos. It makes a spectacle all right, but it’s fleeting.

On
On
Off
7
About Game Informer's review system
Concept
Similar to Burnout’s Crash mode, you race down the highway before plowing into busy intersections and detonating your car for maximum points
Graphics
Danger Zone 2’s framerate, particle effects, and sense of speed are good. Style-wise, the locations all look relatively similar even though they’re different environments
Sound
The assorted mix of scrapping metal, horns, screeching brakes, and crashes is chaotically beautiful
Playability
Trying to control your car during boosts nicely straddles the line between being too easy and too hard
Entertainment
Including gameplay objectives before the big intersection crashes is an addition as fun as the set pieces themselves
Replay
Moderate 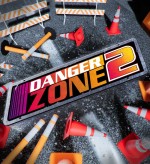