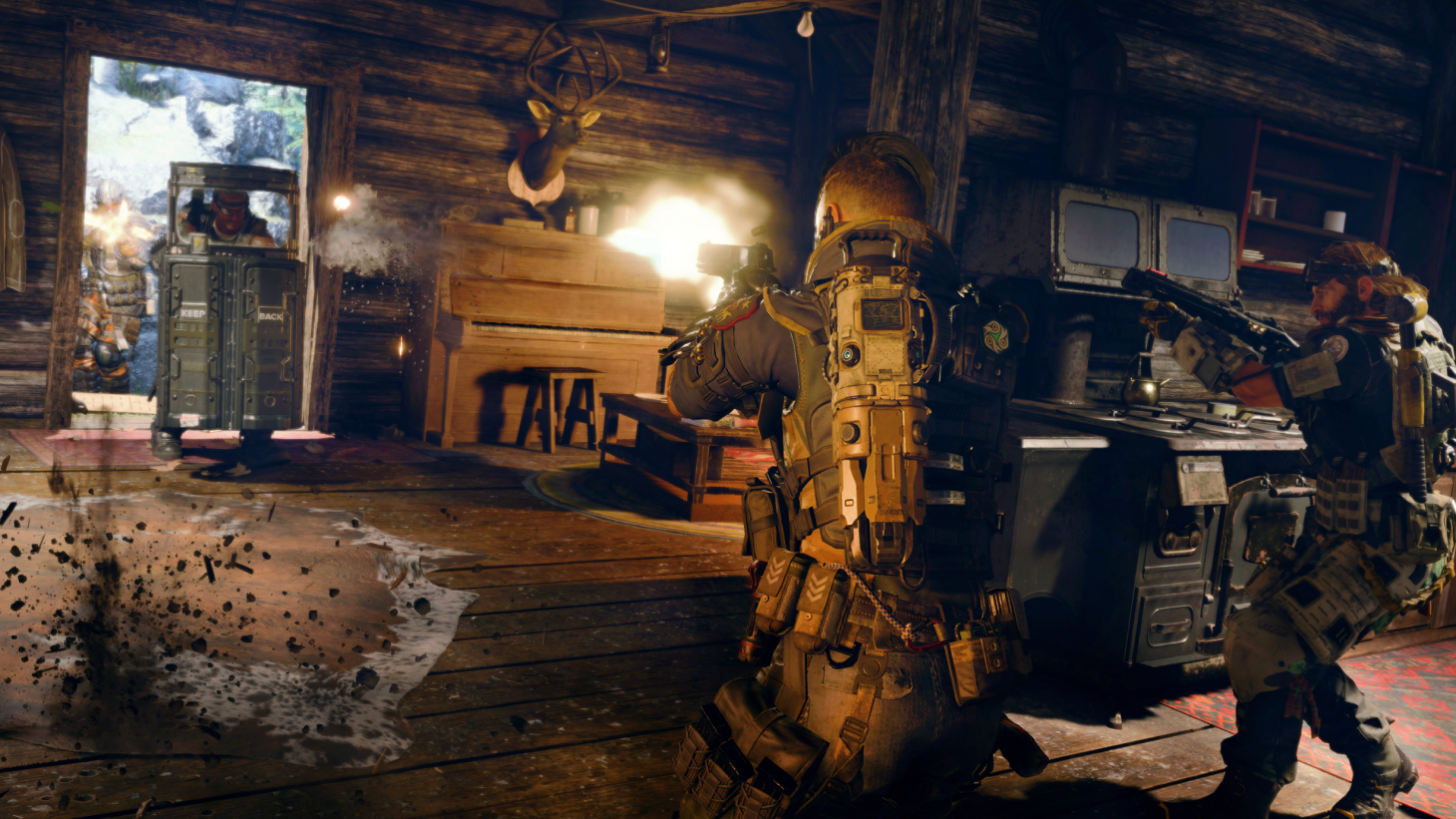 Every year, the unceasing refrain that Call of Duty is the same gets repeated like a dogmatic mantra. With Call of Duty: Black Ops 4, Treyarch takes a big risk in removing a franchise staple – the single-player campaign – and embraces nothing but online multiplayer. The gamble pays off, as the title features more modes, settings, and ways to engage than any game in the series I can recall. The blazing new Blackout mode steals the zeitgeist of the battle royale’s thunder, packaging it in a polished, powerful entry to the burgeoning genre. If you’re willing to eschew single-player completely, the payoff is worth it.

While the other modes are great and could easily carry the title on their own, the unquestionable star of the show is Blackout, Call of Duty’s first foray into the battle-royale space. The pacing of the experience is almost perfect, with a lot less foraging and a lot more action thanks to a map size that facilitates a focus on fighting. Moments where you’re running around in the doldrums of fields, rocks, and trees without enemy contact are few and far between. Intense conflict is incentivized with supply drops and mystery boxes. To get the best weapons you often need to take on A.I. zombies, creating enjoyable risk-reward situations that must continually be weighed. Epic encounters are constant, from intense helicopter assaults that often end in fiery wrecks to cargo-truck supply-drop steals. Using tools from the traditional multiplayer modes, like the grapple gun or combat hatchet, is a joy, and even if you end up being a victim during an action-packed drop in the first moments of a match, the next is only moments away. You can play this mode solo, but it really sizzles in four-player squads with your friends.

Zombies mode is more expansive than ever, with three different cooperative experiences available (four if you have the season pass) and a slew of dials to turn, allowing players to create a tuned challenge to exacting specifications and modifiers. Players lamenting the absence of a campaign may find story-driven solace here, with each immersive and arcade-like scenario delving into the depths of horror and the occult. Weaving around environments pulled from Roman, Norse, Egyptian, and Celtic mythology in the time-twisting IX or searching the depths of a sinking Titanic in Voyage of Despair, zombies has tales to tell betwixt each wave. Secrets abound, but new interactions like banging on gongs to summon challenging champions in the depths under the arena or attempting to swim your way to the submerged rooms of the sinking ship provide interesting fare for all styles. Not only can you turn the dials to handcraft a zombie expedition to exacting specifications, but the character unlocks and progression are expansive as well, allowing made-to-order loadouts. Powerful talismans even allow you to break the rules, like starting a match off with an AR. With engaging characters, bizarre stories, and copious customization options, zombies is the best it has ever been.

Traditional multiplayer has been tweaked a bit, but the boots-on-the-ground solid shooting and scooting is rooted in classic Call of Duty. Players have a bit more health, an active heal, and additional incentives to embrace teamplay over simple kill-death-assist metrics, but the core is satisfying, fast, and fluid. The Counter-Strike-inspired Heist mode gives something a little different, as you purchase weapons and accessories each round for a single spawn. Still, the franchise underpinnings remain strong, even if they don’t reinvent the rifle. Those looking to prestige and explore new weapons, abilities, and operator mods have a large array of options.

Call of Duty: Black Ops 4 makes a sacrifice that’s sure to be off-putting to some with the lack of a campaign, but the surrender of tradition comes with sweeping and significant benefits. Blackout is the best battle-royale experience available today, zombies offers crazy customizable co-op, and multiplayer keeps things grounded for those looking for the classic core. 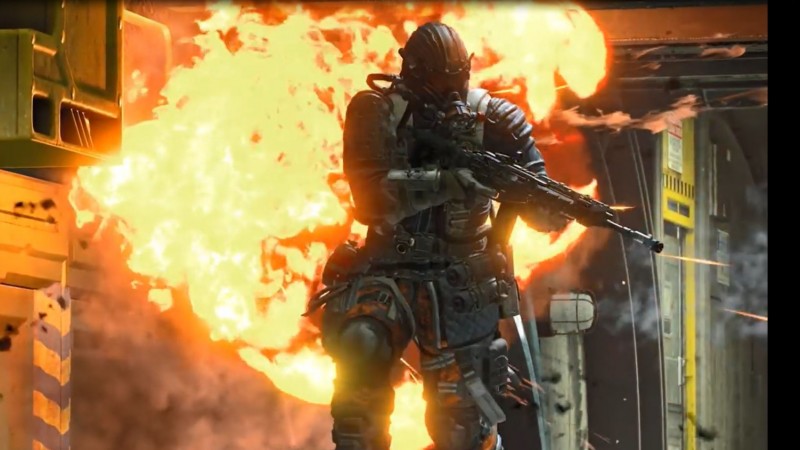 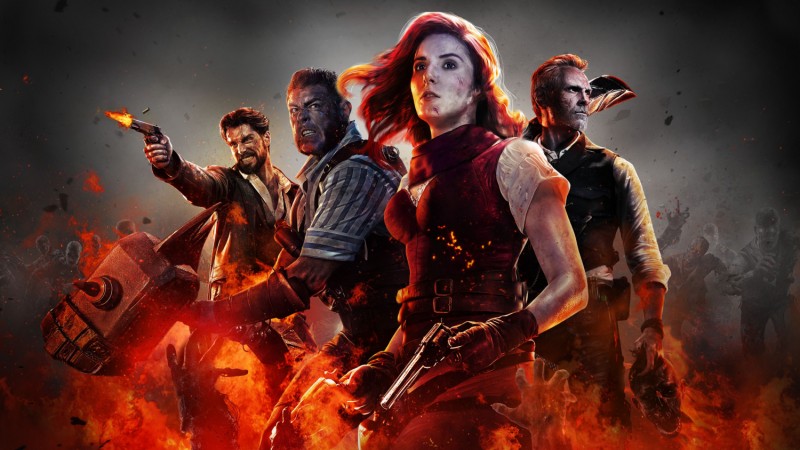 The campaign sacrifice delivers huge payoffs for those interested in multiplayer experiences.

Purchase More Info
9.5
i
Game Informer's Review System
Concept Take on other players in a variety of multiplayer modes, co-op zombies encounters, or battle royale
Graphics Blackout’s environments draw from the very best of Treyarch’s Call of Duty games, and zombies opts for a more surreal, arcade look. It all works
Sound Footsteps identify when other players are around, and contextual callouts in zombies mode let you know what’s important even if you’re not on voice chat
Playability With modes and settings for everyone (except single-player fans), there’s no barrier to diving right into the fray if you’re willing to play online with others
Entertainment Whatever you’re looking for in your online shooter, Black Ops 4 offers an impressive, highly enjoyable content suite that should keep you coming back for more
Replay High