Within just minutes of starting Call of Cthulhu, a grim picture is painted for both protagonist Edward Pierce and the player controlling him. For Pierce, that picture consists of tentacled demons, distortions in reality, and voices swimming through his dreams. For the player, the horror takes the form of gameplay – all of it basking in an ugly haze, as none of the ideas appear to be fully realized. From the realization that most of your choices don’t matter to stealth sequences that are downright infuriating, Call of Cthulhu can be maddening to the bone.

The player is introduced to Pierce in a disturbing dream sequence that appears to depict his death at the hands (and tentacles) of a demonic priest. Pierce is startled awake, and we see he fell asleep in his detective’s office, which is littered with empty whiskey bottles and sleeping pill containers – his way of dealing with PTSD from his service in the first World War. Pierce is hired to investigate the work of a painter who died in a house fire, and this journey eventually takes him to an old whaling part called Darkwater. This story setup is excellently crafted, as it sows doubt about Pierce’s mental stability. It also puts the player in an odd position when it comes to making choices, as many of Pierce’s thoughts are guided by depression and doubt.

The world that Pierce explores is overflowing with intrigue and is creepy in a way that gets under your skin. While there is some choice of movement at Darkwater, the player is mostly moving from one location to the next to click on objects that light up in the environment and talk to locals to piece together the crime. This is where Call of Cthulhu begins to unravel.

Although conversations give the player plenty of ways to interrogate people, most of the outcomes are the same, and the choices you make usually just produce a different line of dialogue. These results kill any hope of doing actual detective work, as there are no fail states. Almost every choice funnels to the same conclusion no matter how much you try to steer it in a different direction. The investigations also don't deliver much in terms of sleuthing, and simply push the player to interact with all of the glowing icons in environment to piece together the crime. You don’t feel like you’re accomplishing much during these investigations, other than clicking something to move the narrative forward one more step. 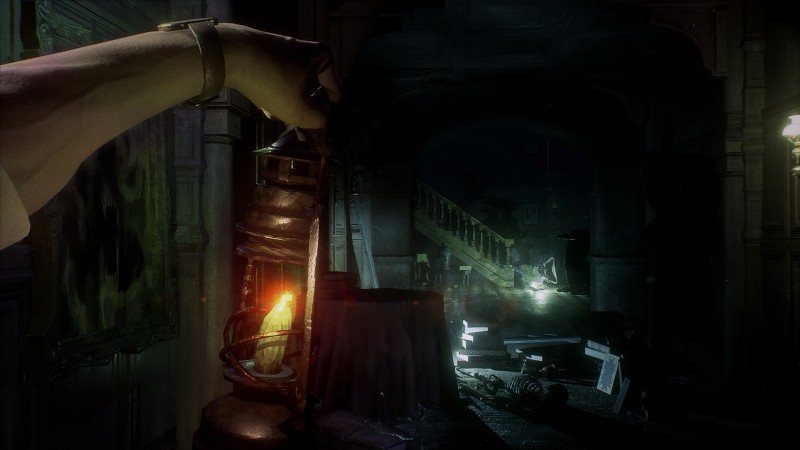 Trademark elements of H.P. Lovecraft’s Cthulhu mythos slither their way into the game, but most of the content is adapted from Chaosium’s pen-and-paper RPG series that began in 1981. The RPG elements make the lack of actual choice more confounding. As progress is made, the player earns attribute points that can level up Pierce’s investigative skills, allowing him to be more adept in areas like psychology, eloquence, and occultism. Being proficient in one of these categories opens up new conversation choices and may allow you to spot something else in the environment you normally wouldn't see. However, using these techniques doesn’t produce much more than a different line of dialogue or a seemingly meaningless clue. Even though the game sometimes tells you that your decisions will “affect your destiny,” you end up feeling like you are on a guided path that is sometimes rocked by frustrating gameplay variations.

Whenever Pierce has to hide, trouble arises. The player is mostly tasked to duck behind objects, survey the A.I.’s patterns, and progress when the path is clear. These sections are dull, and slow down an already plodding experience. The player also has to engage in a stealth-driven boss battle that suffers from a lack of direction. I died over and over again, and only succeeded by exhausting all options through experimentation.

As taxing as the action can be at times, Call of Cthulhu impresses in its final act. It starts out slow and rough, but settles into a groove when Pierce really begins to lose his mind, and eventually hits a satisfying stride for its final act. While the gameplay itself fails to impress or entertain, the story remains strong throughout the entire experience, and keeps you on edge, wondering if a Great Old One is on the verge of reawakening or if everything we are seeing is just in Pierce’s mind. The potential of either path being the real one bounces in and out of focus, keeping you guessing right up until the awesome conclusion. In these final moments, player choice is actually realized, and produces a number of endings. Depending on how you play your cards in the last act, you may not even be presented with all of the potential endings.

Call of Cthulhu may not be fun to play, and often feels like an amusement ride that is just pulling you along, but succeeds in delivering a mind-bending story that lives up to the Lovecraftian breed of cosmic horror. In the end, I’m glad I played it, but for roughly five or six hours, I questioned why I was subjecting myself to it.

On
On
Off
Off
6.75
About Game Informer's review system
Concept
A descent into Lovecraftian madness that struggles with gameplay variety and player choice
Graphics
The environments show off a high level of realism and a slight hint of being detached from reality. The robotic character models clash against these backdrops, but most of the big story moments occur in cutscenes with more detailed characters
Sound
The voice acting is good, but odd tonal shifts sometimes occur in the interrogations. The soundtrack and ambiance are effective in setting the tone and delivering a couple of nicely timed jump scares
Playability
Even with plenty of gameplay variety and player choice sewn in, the experience feels like it’s on rails, and that your decisions don’t really add up to much
Entertainment
A slow and frustrating burn that culminates in a big and satisfying way
Replay
Moderately Low 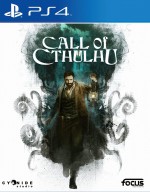