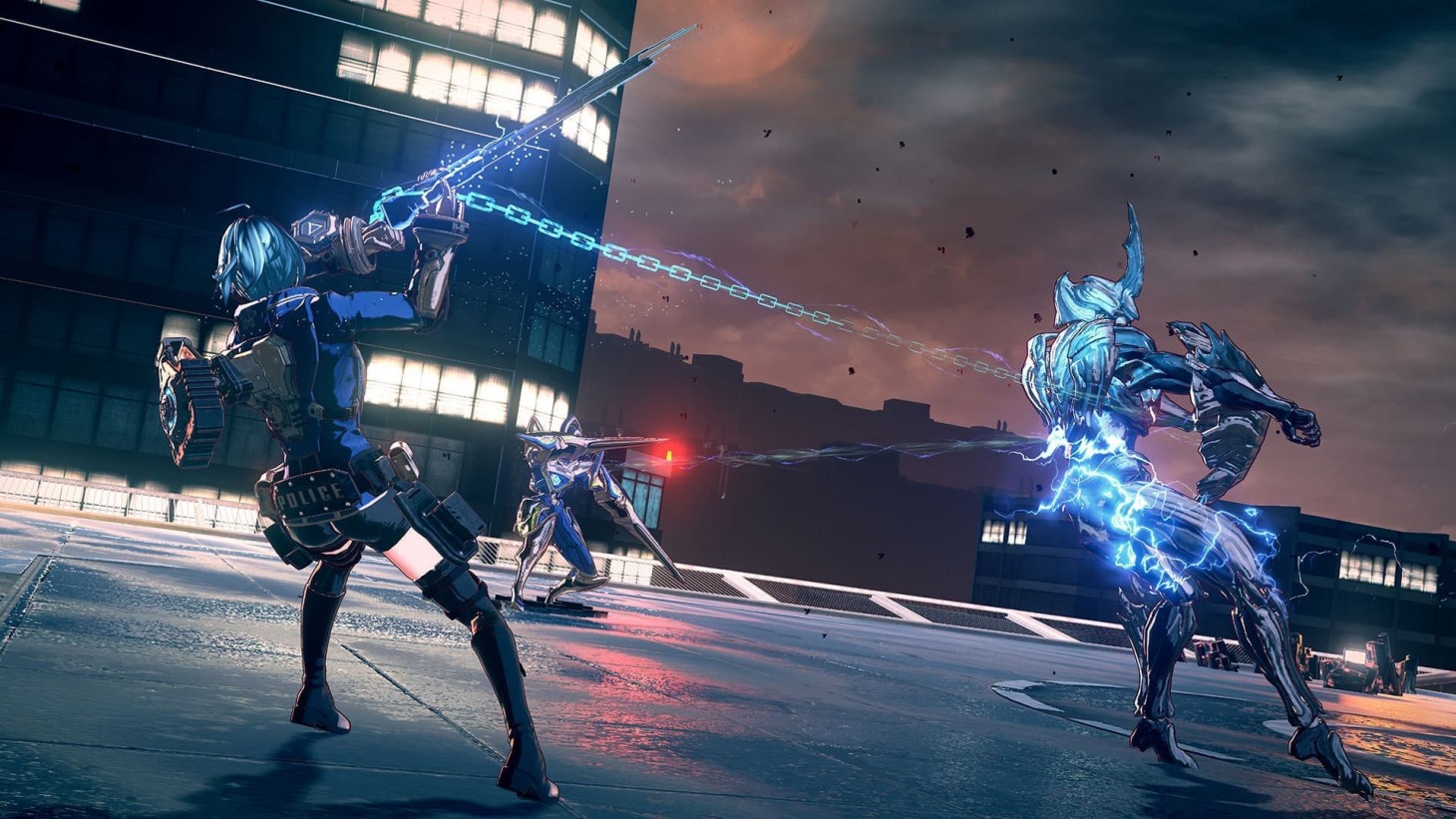 PlatinumGames has a long and successful history of making stylish-action games, and Astral Chain is one of its most accomplished and enjoyable entries to date, giving both Bayonetta and Nier: Automata a run for their money. Acrobatic combat is the beating heart of this apocalyptic tale, sending hero and monsters sailing through the air as swords swing violently and particle effects shower the battlefield. This experience also deserves props for its meaningful world building, gorgeous science-fiction visuals, and side activities that range from odd to odder (in a good way).

PlatinumGames also delivers a story with plenty of fascinating characters, but its flow is turbulent and all over the place thematically, bouncing chaotically from somber moments to slapstick comedy. As you mourn the loss of someone close to you, you may be introduced to a fairy named Bel who watches over the police department’s toilets. The tonal shifts are odd, but most of the content is fun or interesting, and you just have to divorce yourself from any given moment to let PlatinumGames take you on this strange-yet-engrossing ride through an inventive vision of the future. 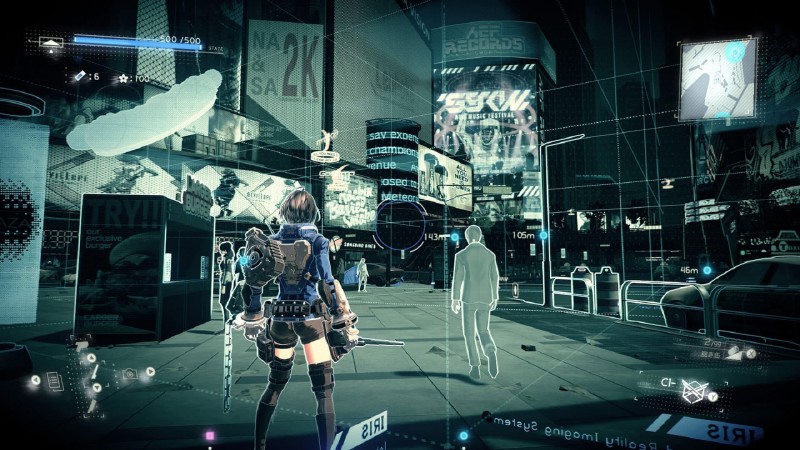 Astral Chain takes place in a megacity called the Ark, a neon-lit metropolis that is thriving despite the world around it being lost. The Ark holds the last of humanity, which has been pushed to the brink of extinction by dimension-jumping aliens called Chimera. As humanity’s numbers dwindle, a new hope has just been hatched in a lab – they’ve learned how to tame the Chimera and transform them into weapons called Legion. The problem with this breakthrough: Only a few people possess the ability to harness the power of the Legion.

Two of these people just happen to be twins, and you choose which one you get to control. Interestingly, the twin you pass on plays a larger role in the narrative than your selected character, since you become a silent protagonist, and your sibling does the talking for you. Yes, this is a strange decision, and your character’s constant nodding and “uh-huhing” saps some of the heart from the narrative.

As lengthy and beautifully animated as the cinematics are, any of your character's awkwardness melts away quickly once the action kicks in. While you won’t see any ideas quite as unconventional as a woman using her hair as a weapon, the team at PlatinumGames finds exciting ways to innovate on the battlefield, giving the player control of not just one high-flying acrobat, but two at once – your character and the Legion chained to his or her wrist.

Most games that feature dual playable characters embrace the fact that keeping tabs of two moving entities at once can be challenging, often leading to them moving in the wrong directions. You experience a little of this in Astral Chain, but since the A.I. handles the basics of combat and movement, it doesn’t mess with your head too much. Your character is more than capable to mop up enemies on his or her own with a baton, gladius, or blaster (all of which can be switched on the fly), but the heaviest hits are delivered by the Legion, and yes, the A.I. is responsible for a lot of them. 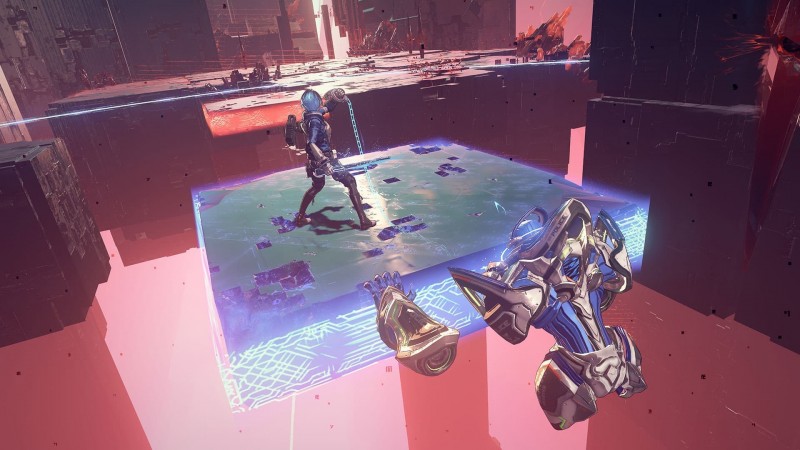 Astral Chain offers same screen cooperative play, which is functional, but more of a fun thing to try and not the ideal way to play the game

Standing back and watching the Legion pummel a beast for you may feel like cheating, but the real challenge and fun comes from creating duets with your chained companion, which requires you to simultaneously execute two orders at once. As you move your character into position for a sword combo with the left stick, you can rotate the Legion around an enemy to chain them in place, allowing both of your characters to pummel the hell out of it. If an enemy is about to charge you, you can again control the Legion manually to dash to the side to turn the chain into a trip wire that again stuns the enemy. You can also tell the Legion when to execute its special attacks.

This dual-character system works incredibly well, and is loaded with depth, especially when you unlock all five Legion, each designed to expand combat and exploration options. The Arrow Legion which opens up long-range shooting and the Beast Legion which can be used as a wolf mount. All five are a blast to control, and not just for combat. The worlds you explore are filled with obstacles that only specific Legion can interact with, as well as light navigation puzzles that, while breaking up the flow of play, are repeated too often and become motions you just have to keep going through. The Legion are basically used like Link’s items (bomb, boomerang, etc.) in the Zelda games, just not in as clever of ways.

They also are used in a variety of side missions, which again are immersion-breaking to the point of taking on a side job to lug around boxes, or helping a man find a burger shop, but the rewards are worth the time. You can power up yourself and the Legion, and also unlock cosmetic items, like a raven that oddly sits on your head.

I had a blast playing Astral Chain and didn’t want it to end. Platinum has created a wonderful new universe for players to dive into that I could see extending into anime, movies, and hopefully sequels. The dual-character gameplay is also brilliantly devised, and although not as difficult as PlatinumGames’ other titles, creates a duet that makes you feel like a powerful, unstoppable force. The story may be the weakest part of the experience, given just how much it changes trajectory, but it has some legitimately great moments, and a big twist I didn't see coming. All told, this is one hell of a game. 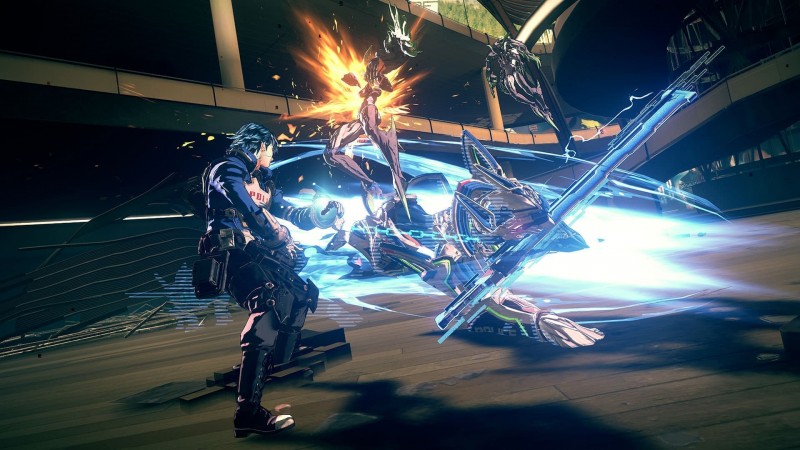 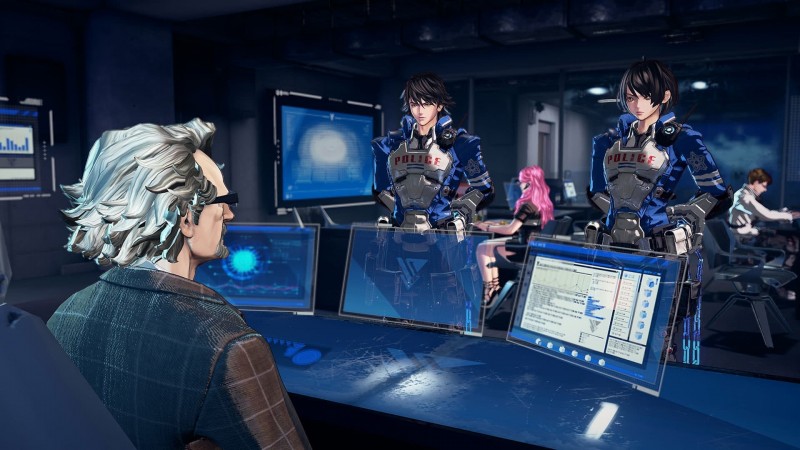 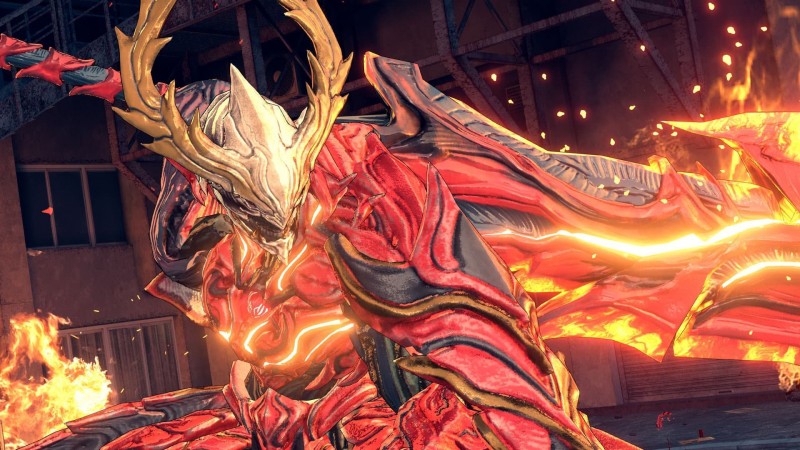 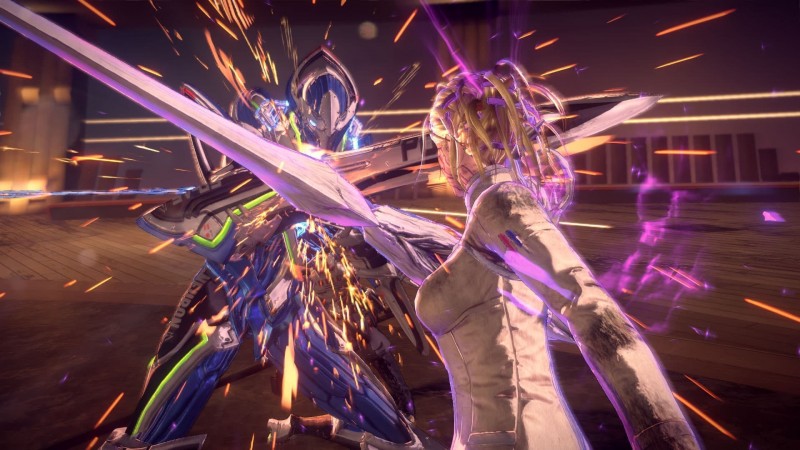 Off
9
About Game Informer's review system
Concept
Control two characters simultaneously in this science-fiction brawler that delivers fun combat and exploration, but is a narrative mess
Graphics
The futuristic cityscape is beautifully realized, offset nicely by the red glow of the alien dimension. PlatinumGames knocks the animations out of the park
Sound
The silent protagonist doesn’t work well here, and some of the side players’ voices are too much. I love how the music switches from tranquil melodies to roaring heavy metal when combat erupts
Playability
PlatinumGames does a nice job limiting the awkwardness that usually comes with dual-character support through smartly designed controls and A.I. assistance
Entertainment
Astral Chain is fun from start to finish, and gives the player plenty to chew on in terms of side missions and post-game content
Replay
Moderately High