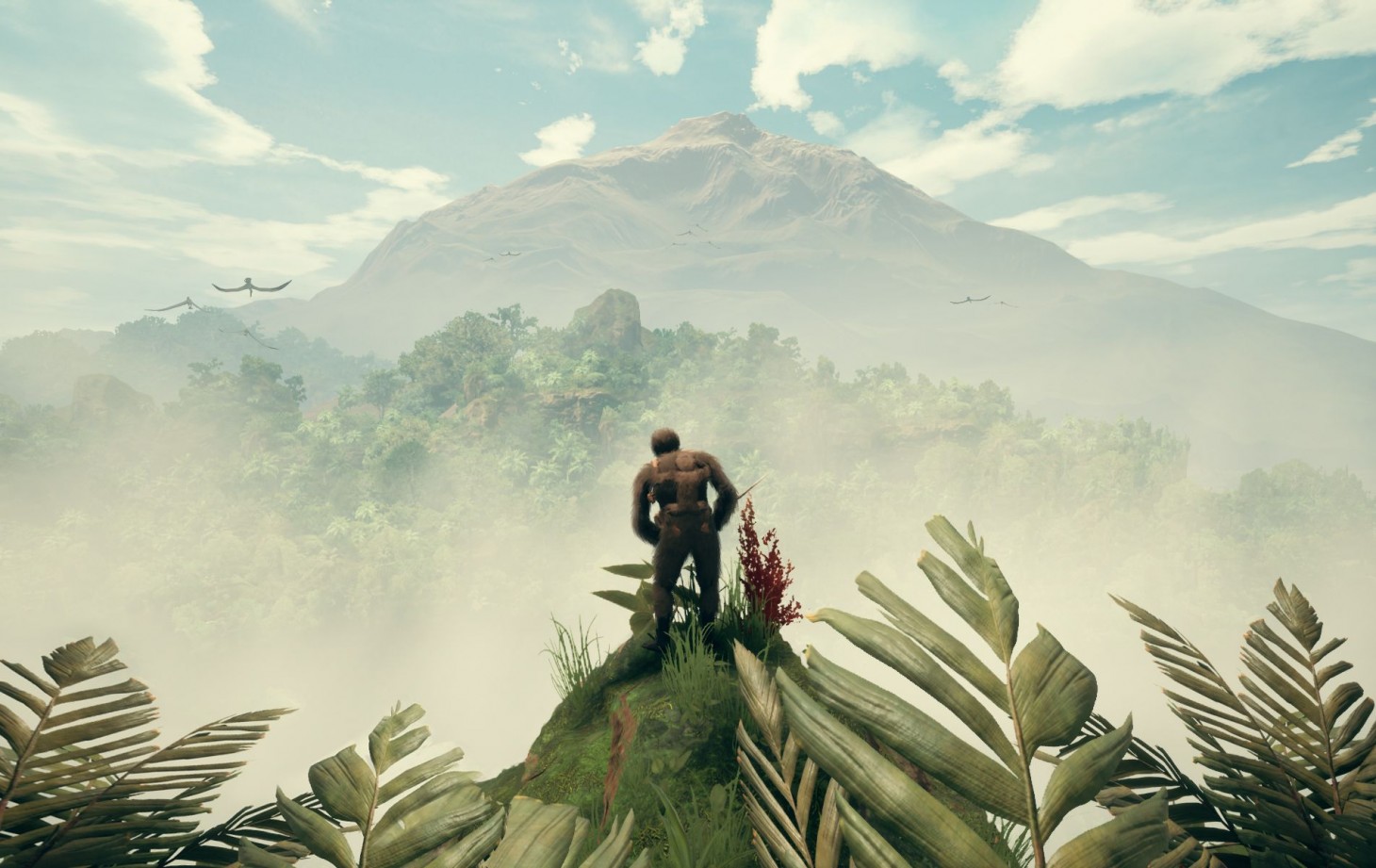 I adore the notion behind Ancestors: The Humankind Odyssey: Follow not one individual, but an entire evolving clan of hominids as they navigate the vagaries of survival and evolution across an inconceivable stretch of prehistory. However, deep and fundamental faults riddle the experience that stems from that idea. As a simulation, it creates rare moments of discovery and reflection about the miracle of life. As a game, it collapses under the weight of history, the ambition of its own concept, and a gameplay model that offers too little reward at the cost of far too much frustration and routine.

To say that Ancestors has a “slow start” is like saying human evolution has taken “a little while.” With no perception of what to eat or safely drink, how to form rudimentary tools, or the myriad dangers of the world, early hours controlling these ape-like progenitors is rife with failure. Poisonous mushrooms, broken bones, and pure exhaustion create an endless series of condition effects that blur the screen, slow down the already glacial movement speed, or cause overwhelming audio noise that otherwise obscures play. Unexpected animal attacks are constant, and after hundreds of exchanges, those pre-scripted battles rarely end in anything one might term a success, thanks to a timing-based mechanic that remains a mystery to me after many dozens of hours. The absence of a map may be authentic to the experience of early man, but I bet those poor hominids hated getting lost just as much as I do. Gauging distance to objects is nearly impossible using the icon-based points of interest, creating a pervasive sense of disorientation.

An entire lineage can die out without careful decision-making, and a full restart is devastating, since it means having to once again burn time to re-identify every object in the world, and slowly begin the evolutionary climb again, but moving through exactly the same locations and situations as before. With no guidance about when to pass a generation or evolve to a new epoch, you’re left without any guideposts for how to succeed and a paralyzing sense of indecision, since many hours of playtime may be at stake.

Of course, those many hours help to clarify things, and open up moments of fun. Leaping off a cliff and successfully swinging through the jungle canopy can be thrilling. Finally figuring out how to fish, staunch a wound, or survive a night in the wild is an accomplishment. And every once in a while, you break out to a high vista, stare out over a sun-drenched lake, and bask in the sense of exploration.

However, even these moments of exaltation are fleeting, as the frustration of not knowing what to do gives way to knowing exactly what to do. The realization hits home that you face many, many hours of identifying the same plant types, having sex and childbearing (far more boring than you would think or hope), and the endless maintenance of clan members’ wellness. Sharpening that stick for the 20th time is little more than a chore. An overwhelming sense of tedium sets in.

Between the increasingly lackluster excursions of third-person action and traversal, your analysis and learning of the surroundings fuels neuronal growth and development, communicated via a fascinating but ill-explained evolution menu that governs progression. I enjoy the indication of clan development, but individual nodes are often so subtle as to not be noticeable in practice, and the need to refill nodes on subsequent generations is both confusing and feels like a time-waster. Another layer allows you to catapult forward hundreds of thousands of years, sometimes witnessing the rise of a new species, and seeing how your clan’s development compares with an approximation of science’s understanding of human evolution. It’s a neat idea, but demands an unreasonable level of patience.

I was deeply frustrated by Ancestors, so it may seem strange for me to say that I found a lot of promise, complexity, and nuance here as well. The novel concept and grand scope are far more appealing than dozens of other action or survival games on the market. This is a deeply flawed but richly imagined effort, but like many ambitious gaming projects at launch in recent years, it can now either die off like the Neanderthals, or evolve into something better from here. 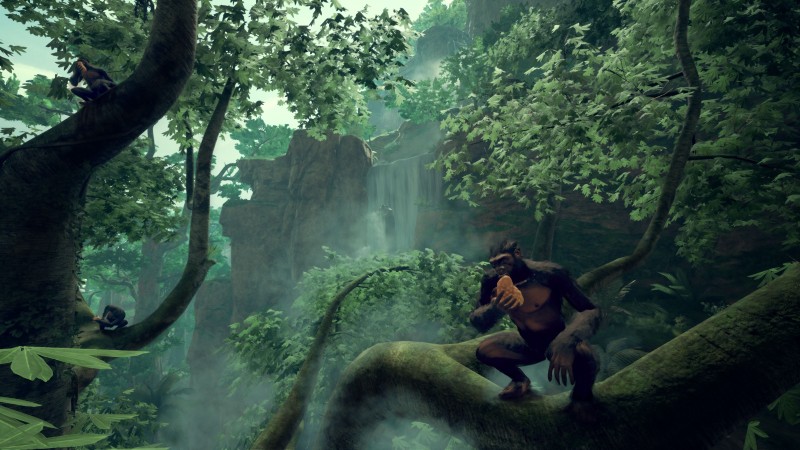 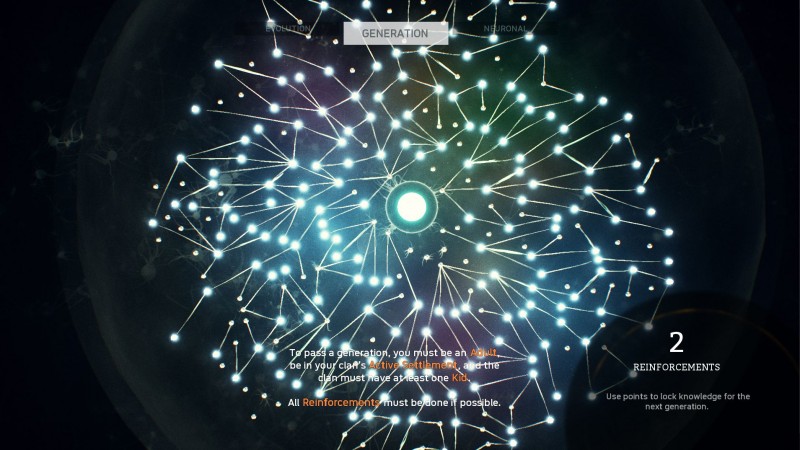 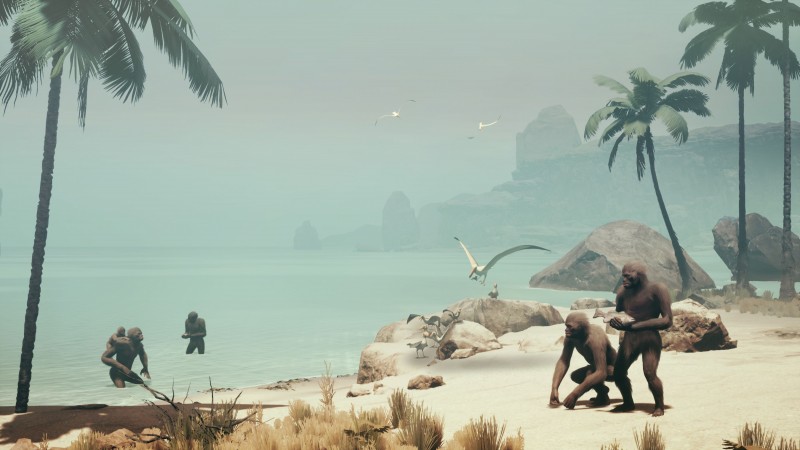 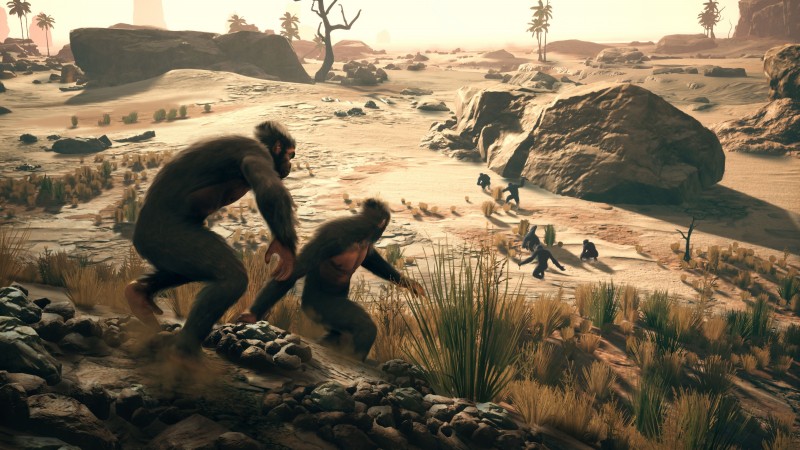 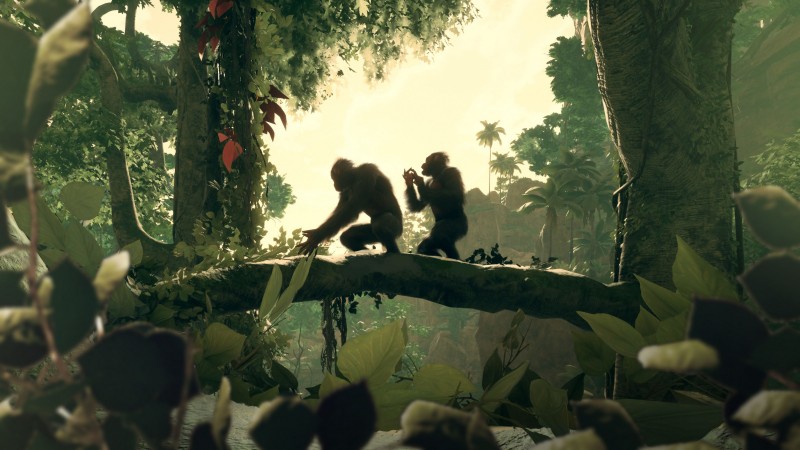 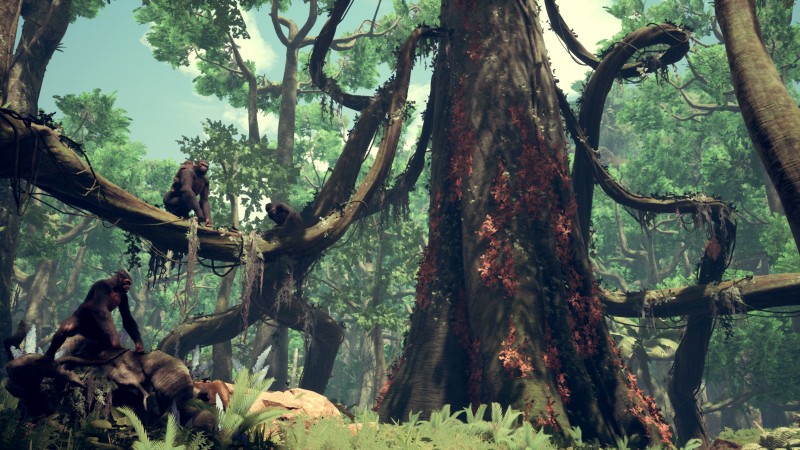 Off
5.5
About Game Informer's review system
Concept
Confront the challenges faced by early hominids across ages of evolution as you grow a clan and explore the prehistoric world
Graphics
Janky animations and repeated preset visual sequences break the immersion, but the primates and their world are believable
Sound
A mix of classic orchestral and world-music instrumentation successfully adds emotional resonance, but individual tunes are repeated too frequently
Playability
Expressly defended as purposeful from the introduction, the figure-it-out-yourself gameplay is nonetheless off-putting and frustrating to grasp. The functionality of Ancestors’ controls and systems is obscured or poorly explained
Entertainment
Moments of beauty and distantly spaced moments of sublime discovery are separated by hours and hours of tedium and frustration
Replay
Low 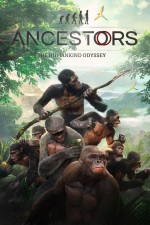