Weekend Warrior – Cracking Under The Pressure 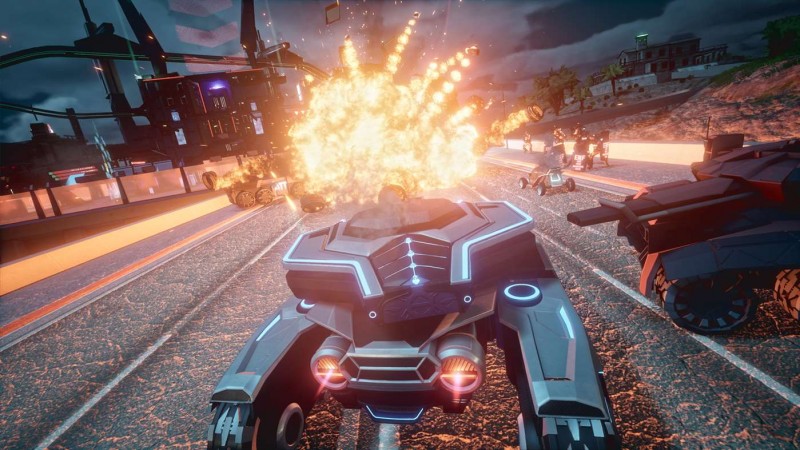 February was full of big new games to play, and they just keep coming. This weekend a few of us will be taking a crack at Anthem and checking in on the other big new games like Metro Exodus, Crackdown 3, and Far Cry New Dawn.

What are you playing this weekend? Are you getting overwhelmed by choices too? Let us know in the comments below what is keeping you tucked away in your house until Monday.

Brian Shea (@BrianPShea) – The story of the industry right now is “Too Much to Play.” In addition to my mainstays like Overwatch and Marvel Strike Force, I’m looking forward to digging deeper into Far Cry New Dawn, and starting Anthem. Any other free time might get thrown to Resident Evil 2, or I might try and do something productive with my life for a change.

Jeff Marchiafava (@GIJeffM) – I spent most of last week playing the new Far Cry, and am ready to move on to something else this weekend. Metro Exodus, Crackdown 3, and Anthem are all waiting on my hard drive, so whatever I land on, I’ll be blasting the crap out of aliens/monsters/assorted baddies. Unless I just end up playing more Tetris Effect all weekend. Which is a real possibility.

Leo Vader (@leovader) – I'm gonna beat Crackdown 3! I am in a constant state of confusion about how unfinished it is, but I genuinely have a lot of fun playing it. I'll also try to play more Metro Exodus even though the shooting is unbelievably boring. I can say with complete certainty that Crackdown 3 is a much better game than Metro Exodus. Fight me!!! Please!!!! I want to feel alive!!!!!

Imran Khan (@imranzomg) – This weekend, I’m plugging away at some new games I’ve got. I’m also slowly working on Momodora: Reverie Under the Moonlight on the Switch. I didn’t expect it to be quite so Souls-y, but it’s definitely scratching the itch until Sekiro gets here next month. I’ll also keep trying to climb my way to the top of Tetris 99; a lot of second and third place finishes, but that coveted chicken dinner still eludes me.

Hunter Wolfe (@Hunter_Wolfe) I’ll be finishing Metro Exodus this weekend. So, yay! Jump scares! I’m also watching Die Hard with the other interns for movie night, because apparently I’m “uncultured.” If I’m really ambitious, I’m going to finish Michelle Obama’s memoir, Becoming, (which is a straight-up romance novel, if you’re into that).

Kyle Hilliard (@KyleMHilliard) – It’s a pretty chill weekend. No huge plans, other than continuing our Marie Kondo rampage against the house. We’re heading into the basement, which is where we keep all the video games, which means it will be a difficult one for me. Otherwise I will keep playing Crackdown 3, which I am having fun with, playing Tetris 99, continuing Kingdom Hearts III, and checking out Anthem. I will be forcing my wife to play with me. I’m sure she is very excited.

Nathan Anstadt (@NathanAnstadt) – After introducing the other interns to the greatest movie of all time, Die Hard, I'll be hunting agility orbs in Crackdown 3! I beat the game, but it still calls to me. I'll also be playing plenty of Metro 2033 so I can get caught up for Exodus. Otherwise, Final Fantasy Tactics is languishing in my Vita, but progress is being made!

Jay Guisao (@GuisaoJason) – This weekend starts with a first-time viewing of the original Die Hard film with my roommates. Other than a few out-of-the-apartment mundanities, I’ll probably be playing more of Farm Together with my girlfriend. I’ll also be spending a lot of time analyzing Overwatch’s new, punishing Paris map and figuring out good comps to run on both attack and defense: I’m thinking high mobility heroes and, surprisingly, engineers. Additionally, I’m hoping to successfully climb the Overwatch ranked ladder some more since the season ends in a few days. Let’s pray that I don’t get tilted in the process!

Ben Hanson (@yozetty) – This weekend I’m traveling out to my parents’ place for an exotic winter retreat in the woods. It’ll involve a lot of wine, hot tubbing, and board games. So I don’t think any video games will be involved. As for board games, I’m most likely going to pick up Azul on the way out and am really hoping to play more Betrayal. That game rocks my world and I love it. Have a good weekend!

Andrew Reiner (@Andrew_Reiner) – I’m playing board games and Anthem every waking minute over the weekend. If my eyes aren’t bleeding on Sunday, I failed this mission.