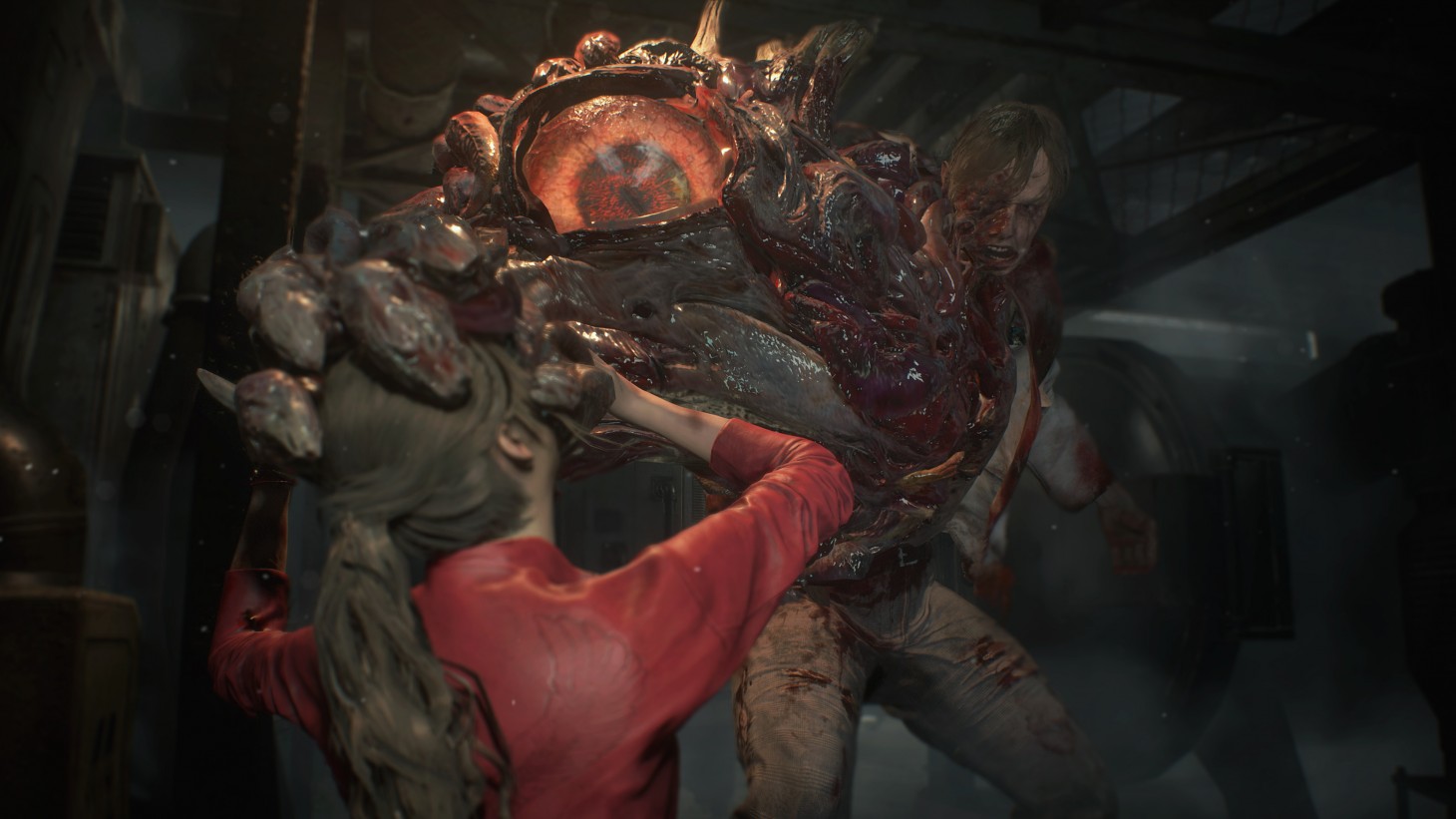 This weekend, we'll be competing for seasonal skins in Overwatch, running from zombies (and half-zombies, and crawling-on-the-ceiling zombies) in Resident Evil 2, and (hopefully) testing out Anthem in the new demo if the servers stabilize.

We want to hear what you're playing this weekend! Drop into the comments section and tell us what's on your gaming agenda.

Imran Khan (@imranzomg) – I made a decision not to start Resident Evil 2 until after I finish Kingdom Hearts because I didn’t want to rush through the game. I didn’t realize that this meant I would spend this weekend wishing I was playing RE2, which inevitably means I am going to break down and play it like the day before Kingdom Hearts is out. I also have a Raspberry Pi project I’ve been putting off, so maybe I’ll occupy myself with that this weekend. Oh and I guess I’m seeing The LEGO Movie 2?

Brian Shea (@BrianPShea) – I’ve been playing through Persona 4 Golden, so I’ll likely devote a huge chunk of my gaming time this weekend to that. However, I’ll definitely play a boatload of Overwatch – gotta get those event skins! I’d also love to check out Resident Evil 2 since that just launched and I’m hearing amazing things. Maybe if I’m lucky, I’ll be able to fly around a bit in the Anthem demo. Here’s hoping the servers stabilize!

Kyle Hilliard (@KyleMHilliard) – My household is a thankful victim of the Tidying Up with Marie Kondo craze that is tearing through our nation and forcing everyone to throw away crap they don’t need. The past few weekends have been marathons of going through things and throwing away garbage, or taking big bags of stuff to assorted places to be donated. My local library got a huge influx of books, Blu-rays, and video games from me recently, and it will probably be getting more. My house already feels bigger and less cluttered and stressful, so it has been worth it so far. In terms of non-cleaning stuff, the kid’s doing gymnastics, and then there’s a Chuck E. Cheese’s birthday party and ice skating. I want to spend more time with Resident Evil 2 and I am also prepping for Kingdom Hearts by dabbling in my old Kingdom Hearts 2 save file. I have low expectations of following Kingdom Hearts III’s story, but I am looking forward to visiting Disney and Pixar worlds while performing big over-the-top finishers on any heartless that dares to get close enough.

Nathan Anstadt (@NathanAnstadt) – It’s been a long road, but I will finally be finishing Red Dead Redemption 2. I’m in chapter six, but I’ve so far avoided spoilers, so maybe I’m in for a rude awakening. It certainly feels like the story is coming to an end, so my fingers are crossed that I can see credits. If that happens then I’m working my way through Final Fantasy Tactics on my Vita. It’s my first time playing it, so I’m really taking my time with that one. Maybe I’ll also try to unlock a few more characters in Smash. Who knows?

Jay Guisao (@GuisaoJason) – To celebrate my first full week of working at Game Informer, I will be doing my Season 14 Overwatch placements. As Ana, I hope to lead my team to resounding victories! Other than that, I’ll probably start a new game+ file in Persona 5 to get ready for its upcoming content drop (whatever and whenever that is!). Finally, I’m going to attempt to continue my old playthrough of Final Fantasy XII: Zodiac Age. See you all on Monday!

Javy Gwaltney – This weekend is dedicated to all things Resident Evil 2 and finishing up my backlog of western films to watch!

Ben Hanson (@yozetty) – This weekend I'm going to be playing Resident Evil 2 on Steam. After playing 30 minutes last night I forgot that 1. I'm bad at Resident Evil games 2. I'm scared of everything and I don't like to be scared 3. I like to wimp out on things and I shouldn't wimp out on this one. Other than that, I'm going to try playing the board game Chinatown for the first time and I'm sure there will be other adventures as well. Have a good weekend!

Hunter Wolfe (@Hunter_Wolfe) – Resident Evil 2 is downloading on my Xbox right now. I struggle to get through horror games, and I’m also broke, so I don’t know what my past self was thinking. I’ll probably take a break to finish my Overwatch placements with Jay Guisao (anyone else a Junkrat main?) – and outside of games, I’m introducing him to Boruto this weekend. Hype!

Jeff Cork – Well, the Overwatch Lunar New Year event is on, so I’ll get my three boxes over the next couple of days and see what happens. I’m not too worried about what I get, because this is probably their weakest one yet. I guess the Reaper one is the least-bad one? Other than complaining about free stuff, I’m hoping to wrap up my Kingdom Hearts II playthrough. Game’s fun, even though I understand about 62 percent of what’s happening? Hot, smart take, I know, I know.

Leo Vader (@leovader) – I'm gonna be in hog heaven with the new Hitman elusive target, the Siege pro-league rules event, and the Anthem demo if that suddenly starts working!! Hog heaven I tell ya!!! Have a good weekend!!!