The Anthem Demo Is Having Some Server Troubles 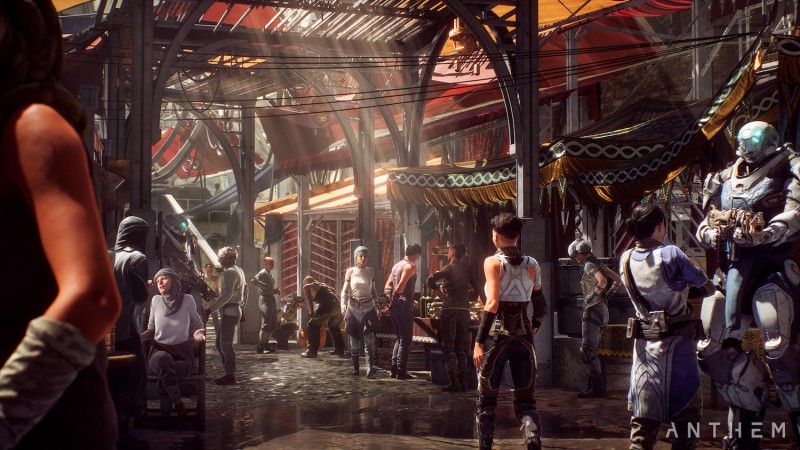 “The main issue impacting the Anthem VIP demo on PC and PS4 has been resolved. Anyone who has had an issue on those platforms should restart the game and attempt to join again. Our team is still working on fixes for some of the issues we’re seeing on Xbox One.”

If you've been trying to get into the Anthem demo today, you are probably very familiar with the various error messages popping up on your screen all day. Here at the Game Informer office, we've been waiting for hours for the servers to let us in. Word-searching "Anthem" on Twitter is leading to plenty of other complaints about the game and this is only the pre-order/EA Access demo, the open demo isn't even for another week.

In the meantime, EA has posted a number of updates.

We're adding more server capacity to the #Anthem demo right now. Hang tight while we work to get everyone into the game.

We're looking into the infinite loading issue with the #AnthemGame demo. In the meantime, try relaunching the game and rejoining your mission to see if that helps you.

We're now also looking into login issues across all of our games and services, including the #AnthemGame demo. Hang tight--we're on it, and we'll share more info as we have it.

That last one, about how all EA games are currently having problems, is just wild. It implies that the Anthem server load is causing such a problem that EA matchmaking in general is failing to keep up.

This is, of course, likely not going to be a common occurrence. Time-limited events like demos and, well, game launches, are far more likely to have connection issues than a game will have two weeks after release when everyone isn't on at the same time. That said, it still sucks for those who pre-ordered the game or signed up for EA Access specifically to play early.

EA has not announced any extension to the demo based on the downtime.