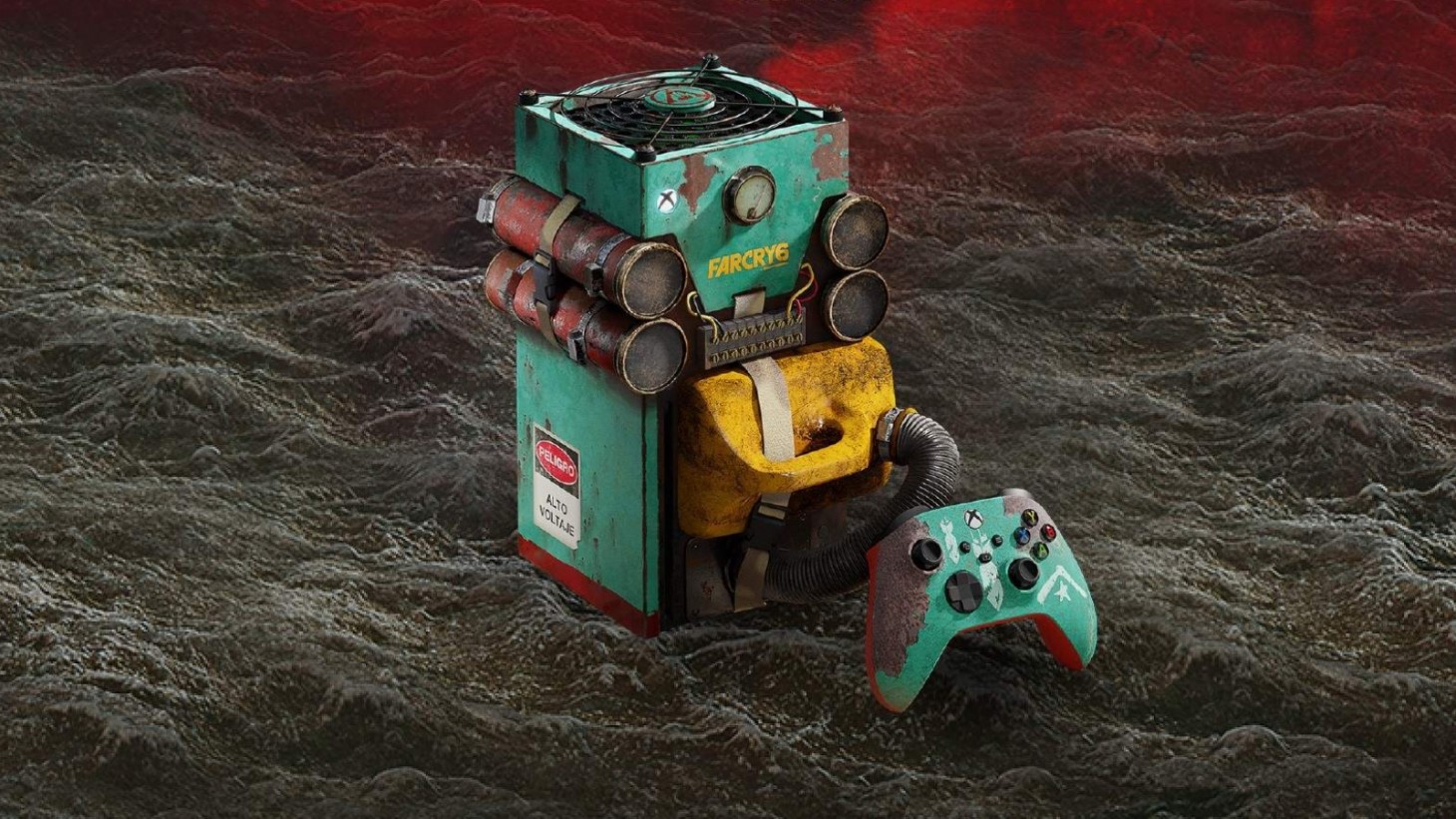 Do you sit within the ven diagram of Xbox fans who love Far Cry, are excited for Far Cry 6, and have yet to purchase a Series X? Or maybe you already have a console and just want a decorative version to put on a shelf. Whatever your reason, Microsoft is giving away a custom box themed after Ubisoft’s upcoming open-world epic.

The coolest thing about the console is that it doesn’t even look like an Xbox. Modeled after an electrical box outfitted with a gas canister to form what appears to be a makeshift jetpack or bomb, the only elements that gives away its true form are the glowing power button and matching themed controller. Of course, the console comes with a digital copy of the game as well as some unspecified Far Cry 6 swag. If all of that sounds up your alley but you’re thinking “Too bad I don’t own a television to enjoy it all” Microsoft is tossing in a Samsung NEO OLED TV into the mix. The only thing missing is charmingly menacing (or menacingly charming?) Giancarlo Esposito hand-delivering the entire package.

To enter the sweepstakes, you’ll have to be a registered Microsoft Rewards member residing in the U.S. Canada, UK, France, or Germany. You can find the entry by opening the reward app on the Xbox dashboard. You can also just visit this link. The contest wraps up on September 30. May the odds be ever in your favor.

Far Cry 6 launches October 7 for PlayStation and Xbox consoles as well as PC. Check out our latest hands-on preview to read our gameplay impressions.