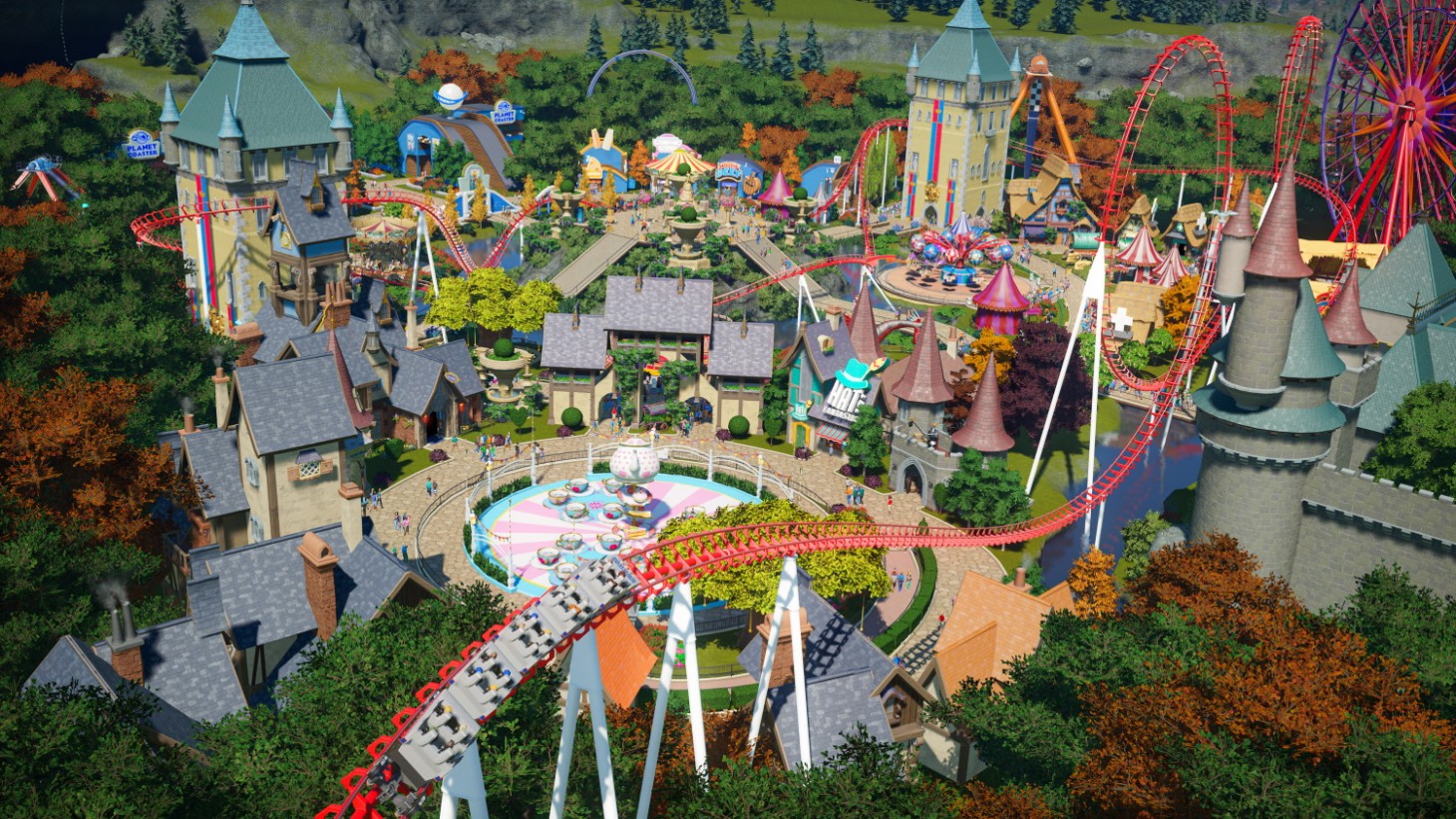 Regardless of what your platform of choice is, some games just feel made for PC. Depending on who you talk to, strategy, shooters, and collectible card games all play best on PC, but those genres also have large followings on consoles and mobile devices. One genre that is closely tied to the PC platform is simulation. While some titles like Cities: Skylines and The Sims 4 have made the leap to consoles, the examples are few and far between as the scene continues to bustle on platforms like Steam and Epic Games Store.

The simulation gurus over at Frontier Developments are preparing to bring Planet Coaster, a robust theme-park sim that acts as a spiritual successor to the beloved RollerCoaster Tycoon series, to consoles later this year. The game, which launched on PC in 2016, relies heavily on keyboard-and-mouse controls and delivers various community-centered features including full mod support. We caught up with the game director Gary Richards to learn why Planet Coaster is a good fit for consoles and what features it brings with it to your living room. 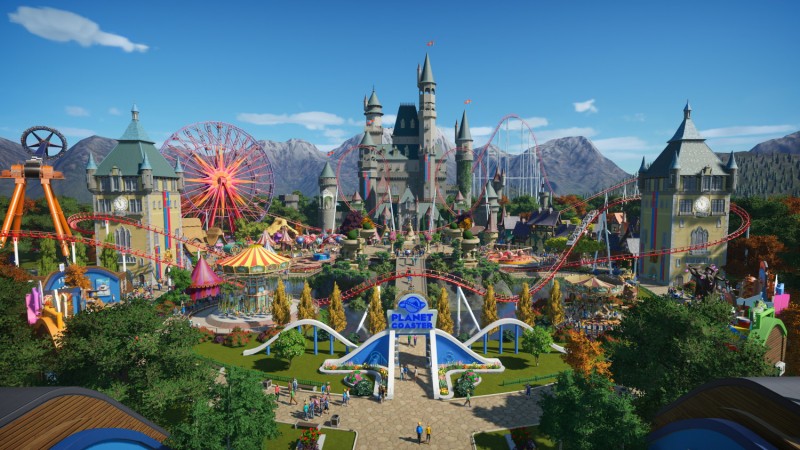 How was the decision made to bring Planet Coaster to consoles? Why now?
All Frontier titles share a common pedigree that facilitates building enthusiast communities across engaging, diverse, and unique games. Some of our other titles, like Elite Dangerous and Jurassic World Evolution, have proven to be immensely popular among the console audience, with millions of players enjoying and sharing their experiences inside and outside the games themselves. We are positive Planet Coaster will benefit from the same shared, multi-platform experience.

When the PC version launched in 2016, it was incredibly inspiring to watch how a loyal and enthusiastic community started to grow around it, enriching and expanding the game with amazing new content and, just as importantly, interacting with each other and sharing their passion for Planet Coaster across social media. We aspire to see the same happening with console players, and to that end are preparing a game tailored from the ground up for them. Now that a new generation of consoles is right around the corner, it’s the perfect time to bring Planet Coaster to a wider audience of aspiring coaster park creators.

How did the team work through the challenges of bringing a game so reliant on keyboard and mouse to a controller-based experience? Should console players expect any advantages over the PC version?
Since development started for Planet Coaster Console Edition, our main goal has been to make sure that console players have the same degree of creative freedom to easily build the most imaginative coaster parks as the PC gamers have enjoyed, making sure the process is as enjoyable as the final result. To ensure the best experience for console players the game controls and user interfaces have been redesigned and adapted for ease of use with a gamepad. It is the Planet Coaster we all know and love, but created from the ground up for consoles.

We have adapted the features of the game, like object placement, path creation, and park layout design, to be as accessible as possible without sacrificing any of the depth and detail along the way. Console gamepads are incredibly versatile and even the more involved features, like laying out the coaster tracks or customizing buildings are intuitive, fun, and easy to master.

A lot of care and attention has been put into reworking the camera systems, making the most of the gamepad controls to ensure the player always has the best views of their creations from close-up detailed building customization to high-level views of the whole park. On top of that, we have included a host of new control options, exclusive to Planet Coaster Console Edition. A new context sensitive radial menu provides quick and easy access to the more commonly used features, a revamped Free-Camera mode makes it easier to place objects and quickly navigate around your park, along with a handy Movement Snap option to make sure your designs are nice and symmetrical. 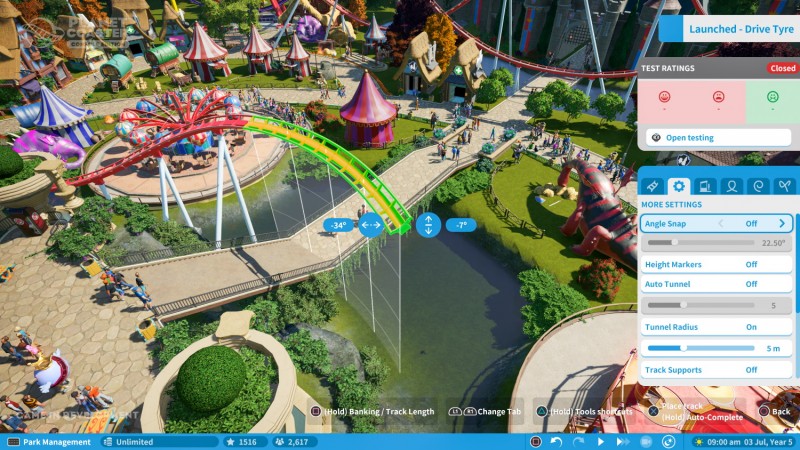 What quality-of-life improvements should console players expect?
We wanted to ensure brand new players could enjoy all that Planet Coaster: Console Edition has to offer right from the start, which is why we’ve created two brand new voiced tutorials, exclusive to the console edition. These tutorials introduce a fun cast of characters that will guide players in mastering the basics of both park management and coaster building. These delightful characters will also make an appearance throughout the career mode, to offer new challenges and check on your progress.

We’ve also built the UI from the ground up with console players in mind, to ensure that no matter whether they’re a seasoned park professional, or a first time thrillseeker they’ll be able to quickly and easily place down some fantastic rides and scenery to create the park of their dreams. To that end, we have hugely expanded the library of pre-built facilities, scenery items and coasters enabling players to build beautiful coaster parks with ease. While enabling those who crave more depth to get creative with the detailed piece-by-piece construction empowering them with the ability to finesse every last detail of their park. 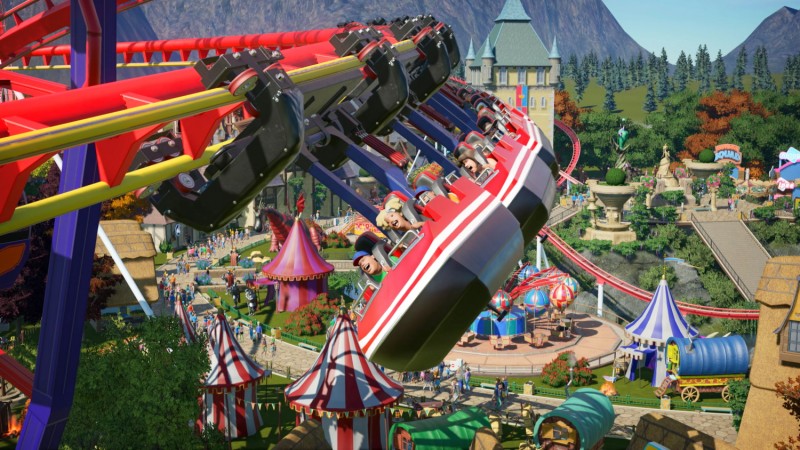 Are mods or content created by the community a part of the console experience in any way?
Creating content and sharing it with the community is an integral part of Planet Coaster’s DNA, and it has been our priority to ensure that console players can share their amazing creations with their fellow creators. With that as a core pillar, we have designed an integrated, easy-to-use sharing workshop that allows players to upload their designs, making them readily available for the wider community. This workshop can be accessed at any time, allowing players to browse, download, and incorporate other player creations at the touch of a button.

Are any of the expansions included in the console edition?
At launch console players will get a wealth of fantastic community-requested content and features that have been added as free updates to the Planet Coaster base game over the years. These include additional scenery, rides and coasters, go karts, security guards, fireworks and hotels, right up to the most recent addition of the interactive shooting dark-rides. 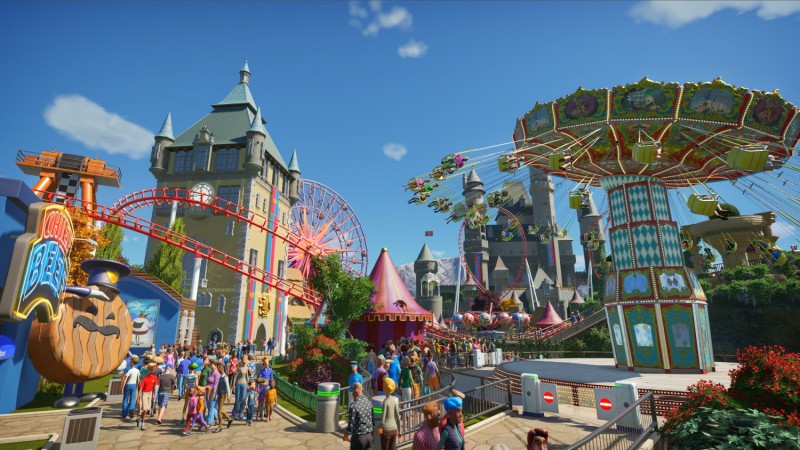 What about the next-gen versions? What advantages do they have over the current-gen versions?
At this stage we have nothing specific to share with regard to performance, but next-gen console players can expect to see us taking advantage of the advanced capabilities of the next-generation of consoles.