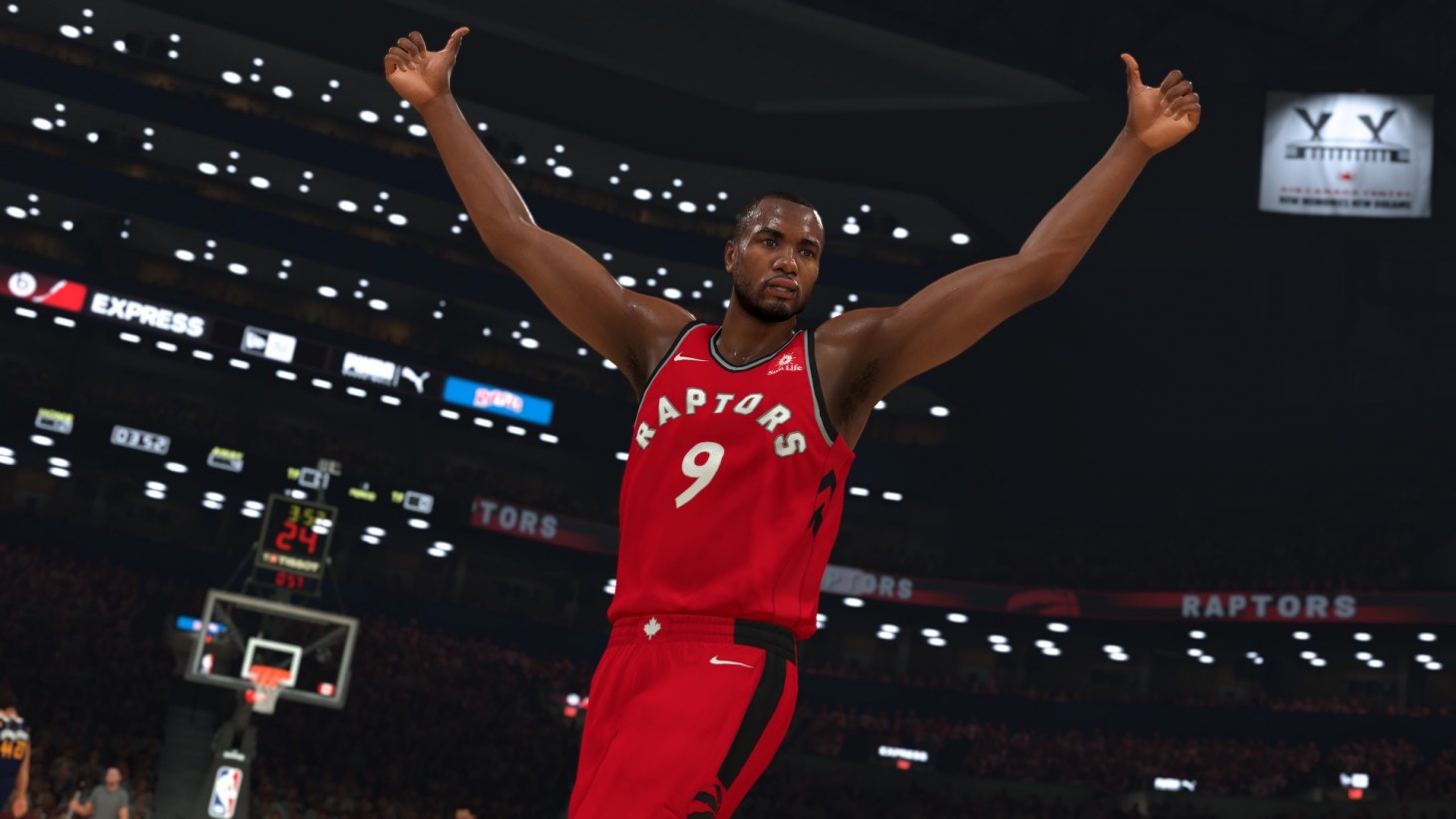 Like clockwork, every year NBA 2K releases, a segment of the gaming community picks up the megaphone and shouts down the MyCareer mode, which was often accused of being too grindy and too geared toward encouraging players to spend a little extra cash to ease the pain of raising your player from a 60 overall rating to a respectable level. NBA 2K19 made it easier to earn VC, but many (like me) argued it still took too long to get good and kneecapped an otherwise strong experience. NBA 2K20 hopes to make this complaint a thing of the past with a dramatically faster upgrade process.

You still start as a 60 overall player, but when I asked how long it takes to raise your rating to the 80s, senior producer Ben Bishop says "we're talking weeks instead of months." The change should encourage more users to create mutiple characters for use in the Jordan Rec League and the Park, which is a net win for the series. This eased grind is just one of the promising things we learned about NBA 2K20's revamped MyCareer mode. Here are the other noteworthy features:

Player development in previous NBA 2K games was a bit of a guessing game because you never knew how your player would top out and what they would feel like at their apex until you put in the hundreds of hours to get there. The new MyPlayer builder feature (which you can check out yourself today) gives you unprecedented control over your baller, allowing you to tweak their base values, choose their takeover, and set their potential cap for each major skill. The flexible system provides over 100 different archetypes to peruse, and once you've carved the outline for your player, you can actually test them out. Before you take them on the court, you can select the overall rating you want to try them out at and then assign your preferred badges from the giant list of options. NBA 2K20's revamped badge system breaks them down across four categories – finishing, shooting, playmaking, and defense/rebounding. Many favorites return, but the game also introduces 50 new ones. Bishop says you can save up to 10 archetypes, and once you start a career with a particular archetype you can clear out that build, giving you plenty of room to lab new builds and keep your favorites.

To unlock a badge, you no longer have to grind a particular way. For instance, if you wanted to earn the Corner Specialist badge last year, you would have to take shot after shot in the corner. Now, the badge unlock meters track across the four badge categories, meaning no matter what shot you take, you are earning experience that eventually allows you to choose any badge in the category. Every time you level up one of the four categories, you also have a chance to respec your badges in that category, so you don't have to worry about wasting a valuable upgrade point on a badge that doesn't work the way you hoped it would.

The progression changes dramatically once you read a 95-overall rating as well. "Once you hit 95, then it becomes all about how you play, what competition you're going up against, and you're essentially trying to chase that 99," Bishop says. "So if you're winning games, you're playing really well to move up in small increments, you'll be going up by tenths of a point. You'll get to 95.6, 96.3. But the other thing that we've never done before is now this falls back, This has nothing to do with you deciding what to use your VC toward, this is just based on what you're doing on the court. So if you playing well, you'll go up and you're not playing so well you'll drop back down. The key there is to try and keep your level of play high so you can get up to 99. You won't fall below 95, obviously, but if you're not playing ball, you're just kind of be stuck there."

The progression from 95 to 99 is much more weighted toward competitive players than those who prefer to dominate the CPU in the NBA games. You can still get up to 99 playing in the NBA eventually, but

This year's MyCareer story comes to us courtesy of SpringHill Entertainment, the production house created by LeBron James and his longtime associate Maverick Carter. Directed by Sheldon Candis, the story features arguably the best cast of any NBA 2K game to date, featuring star actors Idris Elba (The Wire, Beasts of No Nation) and Rosario Dawson (Deathproof, He Got Game), plus a who's who of NBA stars. The story follows the career of Che, a star player for the fictitious Bay City Flames whose career trajectory derails following a showdown with his head coach regarding the treatment of an injured teammate. Fighting through the controversy, Che must fight against the perception that his social justice position makes him a problematic locker room presence and rebuild his reputation during the Portsmouth Invitiational and Draft Combine. Do well enough and teams may ask for an individual workout. You decide which workouts to take, which is the game's way of having some say over which team you may ultimately end up on. As long as you don't stink up the workout, chances are one of those teams will take a flyer on you.

The story cutscenes are still heavily weighted toward cracking an NBA roster at the beginning of your player's professional career, but Visual Concepts has also added more moments that play out in and around the locker room that make you feel like a bigger part of an NBA team. You'll see more cutscenes featuring your teammates and coaches, and instead of just one style of press interview you will occaisionally do full press conferences like past NBA games, be in the middle of a press scrum, or asked to do a one-on-one interivew.

Past games did a bad job of keeping you abreast of team and league happenings – sometimes you wouldn't even know if a teammate was traded until you walked onto the court. This year, a radio program plays in the background when you're in the locker room that keeps you better informed. If they mention a teammate went down with an injury, you will even see them getting worked on in the trainer's room on game day.

Visual Concept also added a nice flourish for winners. If you capture an NBA championship, you can experience the celebratory parade in the Neighborhood.

You Have More Control Over Your Career Trajectory

The modern NBA experiences seismic shifts when star players plot ways to play together, whether via trade or free agency. To better reflect this culture where players dictate roster creation almost as much as general managers do, MyCareer now offers more straightforward ways to influence your team composition.

"We had elements of this in the past, but one of the things you can do when you get to a certain level with the team is ask them to try to trade for some people, and also give them a list of people you want them to sign in free agency," Bishop says.

Once the team decides you are a critical part of their franchise moving forward you will get these tools to help determine your roster. Bishop says it happens a lot earlier in your career than it would in previous games.