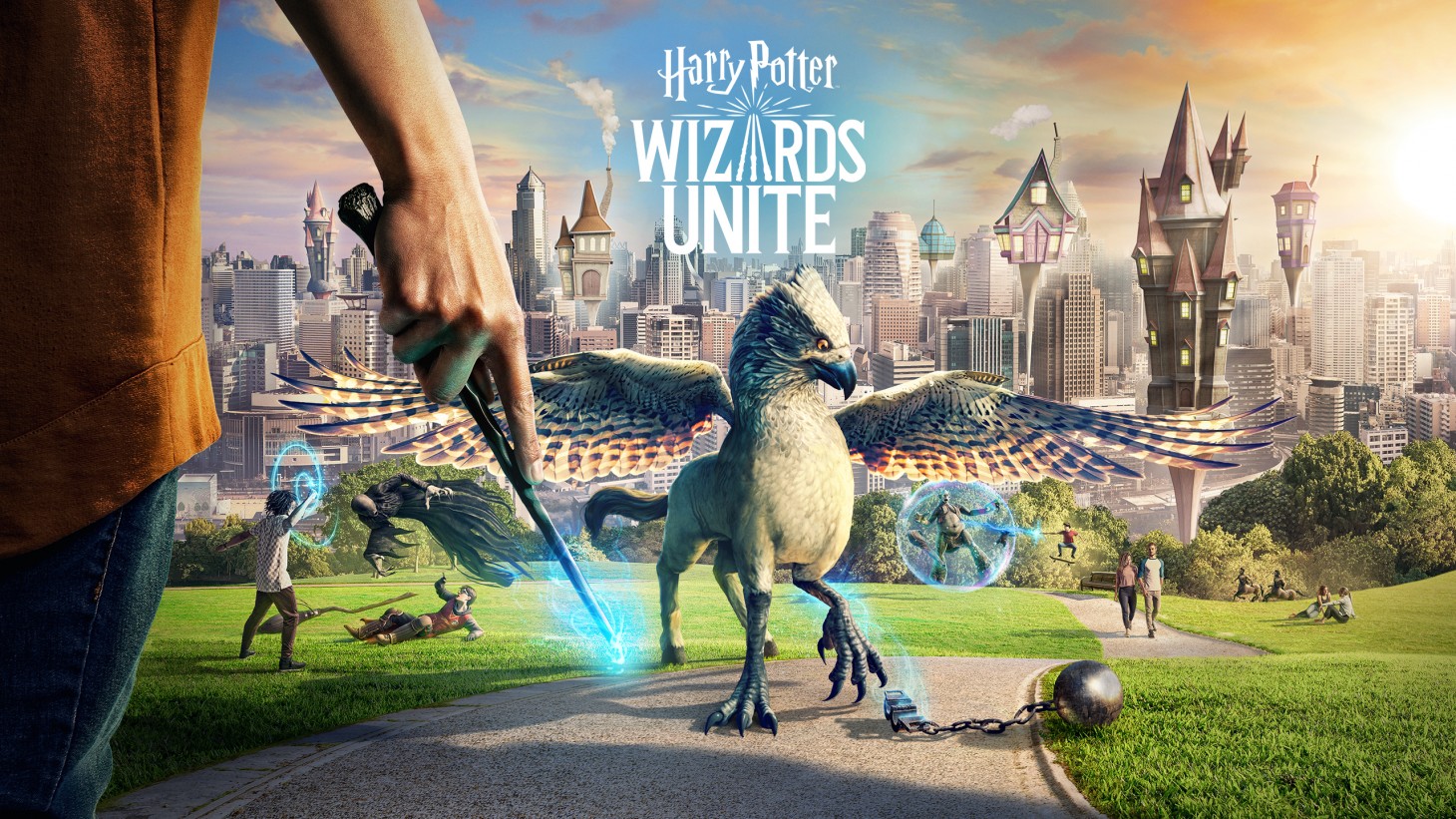 A few months ago, we got our first look at Harry Potter: Wizards Unite while at the offices of Niantic, the developers behind games like Ingress and Pokémon Go. While it was fun and interesting to take the game through so extremely preliminary and somewhat scripted paces around the developer's offices, it was not exactly a true hands-on experience with a game designed to let you truly wander and explore. Warner Bros. Interactive invited me to come try the game out in a real world setting, Universal Studios Hollywood, just a few days ahead of its launch and I have a more complete idea of what the game looks like in practice.

With the caveat that this game is technically pre-release, I got hands on with what appeared to be the final build of the game and should be the same thing releasing on June 21. Shortly after downloading the game, I was asked to login with Facebook or Google accounts and was treated to a load that Pokémon Go fans will likely be familiar with at this point. That's not the only time Pokémon Go players will be struck by similarities, as the map eventually loads up and shows the area around you.

Wizards Unite puts the player at the center of a muggle world overcome by magic to rescue, capture, and register anomalies called foundables around the world. As such, each wizard gets their own profile with a selfie attached and Snapchat-style filters with wizard items overlayed on top of that. I named my Wizard "FromTheMoon" and did a few tutorials before venturing into the park.

The simplest way to describe Wizards Unite is Pokémon Go but with layers of complexity on top. On the surface, the two games are near-identical: you can tap an item on the map, engage in a minigame, and then add it to a database. If you want to, it seems like you can keep engaging with the game on that level, but there are also some differentiators to add more. You can pick food from what is essentially a roulette wheel, create potions, visit various buildings and inns as more than just a quick spin by, fight battles, and go on multiplayer raids with skills obtained from skill trees.

Much of that is unchanged from our previous preview, where we established the mechanics of the game, but this event did let us get hands on with the monetization and timer mechanics of the game. In theory, it works similarly again to Pokémon Go in that you are expending a resource to do the instanced battles and can buy more if you want to buy more. In Pokémon Go, it's buying pokéballs. In Wizards Unite, you expend "spell energy" for use in tracing along magic sigils to cast the various Harry Potter spells you know and love. You run out of spell energy fast. I ran out of spell energy during a preview event designed to let me play the game after about ten battles.

Once you're out, like pokéballs, you have to spend some coin to get back into it. You should theoretically have coins banked ready to spend to just quickly get back in or just collect some on the map, but you can also just buy some. It's all very familiar, except for the speed at which you lose magic energy. Considering that it is skill-based to some extent, as your ability to accurately trace a disappearing sigil can determine how often you will have to repeat the action, and thus expend more magic, it feels like you are being pushed toward spending coins more often.

I also noticed that, unlike Pokémon Go, Wizards Unite is less of a one-handed game. To trace accurately, you are going to need to palm the phone in one hand and draw the sigil with the other. This is not better or worse than Pokémon Go, but it is something worth noting when you start playing it.