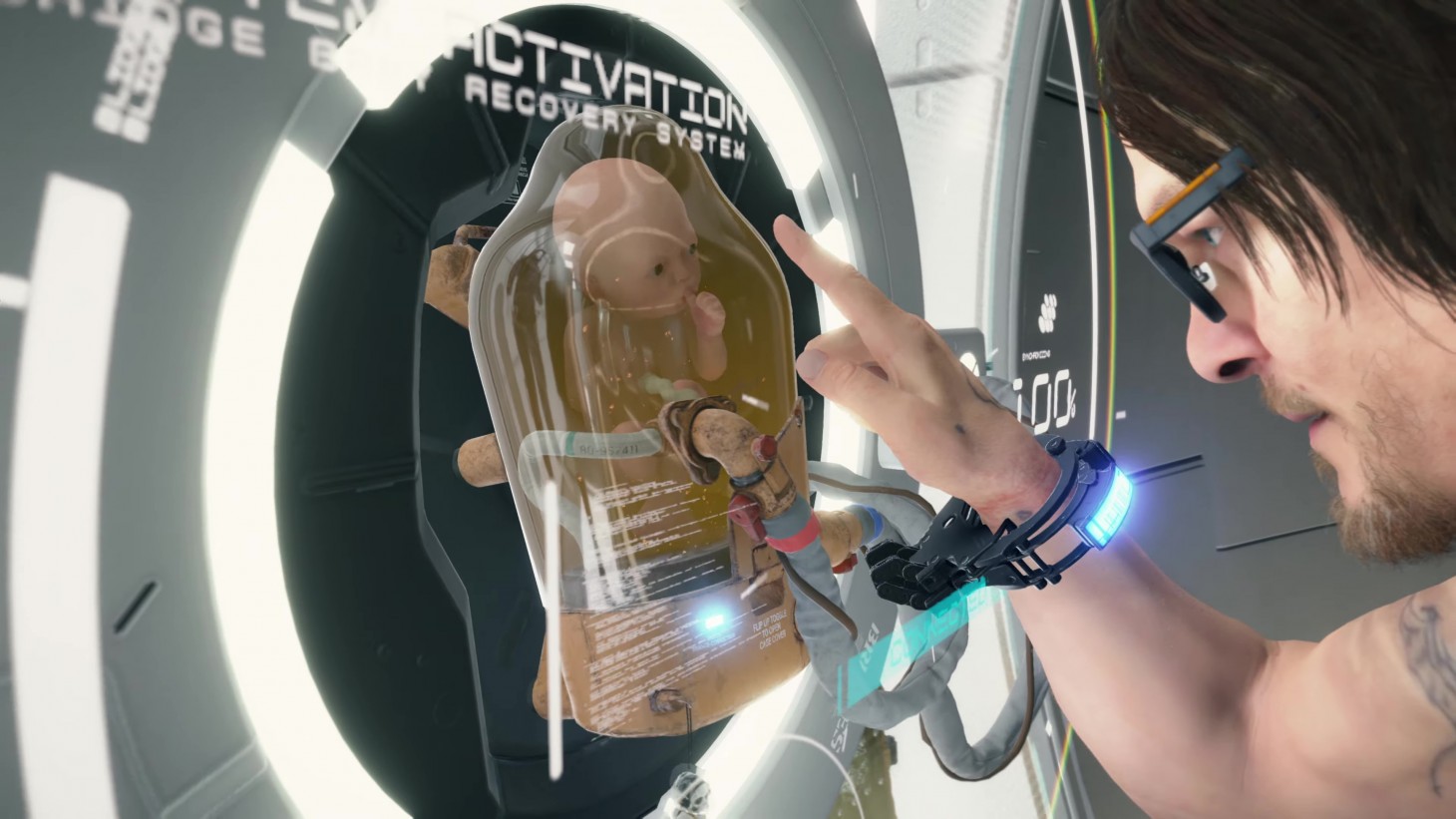 New Trailer Reveals Release Date, Gameplay, And New Cinematic Moments
by Elise Favis on May 29, 2019 at 11:34 AM

We've been eagerly awaiting more information and gameplay details about Kojima's Death Stranding, and thanks to a Twitch reveal, we finally have some answers.

Earlier today, a Death Stranding trailer was looping on PlayStation's Twitch channel, but much of the action was obscured by black hands that spread across the video. The more people watched, the more hands appeared, adding to the frustration and intrigue. The video has over 23 million views, and at one point more than 100,000 people were watching at the same time.

All the hands have now finally disappeared and the trailer has been published in its entirety on YouTube. In it, we see protagonist Sam Bridges (played by Norman Reedus) exploring beautiful environments like snowy mountains, derelict buildings that are reduced to debris, and more. Throughout his journey, he's got large crates strapped to his back and wears a protective suit as if he's transporting something important and potentially dangerous.

Several new characters are introduced as well, including a sickly woman with her head wrapped in a scarf and another lady dressed in black played by Léa Seydoux. By the end of the trailer, a slew of names appear showing off part of the main cast which includes the aforementioned Norman Reedus and Troy Baker as well as Mads Mikkelsen, Margaret Qualley, Tommie Earl Jenkins, Guillermo Del Toro, and Lindsay Wagner.

Sam rides a motorcycle during a portion of the video, but we don't know yet if that's controllable by the player or cinematic-only. As for gameplay, we see gunplay with an assault rifle, climbing tools being equipped and used like climbing equipment and ladders, and more.

Check out the full trailer below for yourself.

The biggest news of all is that Death Stranding is arriving for PlayStation 4 later this year, on November 8.