It’s a familiar refrain to anyone vaguely connected to the video game industry: “That game would be perfect on the Switch!” It has been said from Switch owners for nearly every game past and present, from A Boy and His Blob to Zuma. At some point, someone must have also said the same of Diablo III, Blizzard’s third game in their action-RPG series, and it seems like Blizzard and Nintendo agree.

And we do, as well, Diablo III is actually a shockingly good fit for Nintendo’s portable system. In fact, technological prowess aside, the foundational aspects of how the Switch works and the options it gives you how you play a game might actually make the Switch the best place to play Diablo III.

Technological prowess is actually a pretty good place to start. While undocked, Diablo III runs at 720p, so the full resolution of the Switch screen. Blizzard told us that, while docked, the game runs at 960p, so not quite the 1080p the Switch is capable of for other games. The reason for this is that Blizzard’s target for the title is 60 frames per second, regardless of how many players or enemies are on the screen, docked or undocked. During our demo, while we played the game undocked, meteors rained down every second of the battle, arrows were flying, enemies were flinging giant attacks, and the framerate never wavered.

If you’ve never played Diablo III, you might be wondering what all the clamor is about for the game. The loot-driven action RPG can be played single-player or multiplayer and centers around using a created character to vanquish the devilish Diablo. The main quest is only the beginning, however, as thousands of hours of other content awaits any player willing to dive in to get more loot, crawl through more dungeons, and become a walking weapon of mass destruction.

As we mentioned during the game’s announcement, it can be played via local, local wireless, or wireless internet. Any controller permutation you can think of to make this work will work. You can pair three Pro controllers and a single joycon with the Switch hooked up to a TV if you want. You can play with two joycons on a single Switch in tabletop mode while playing online with other players who are docked, you can also do that. If you want to play with one person holding their Switch upside down while leaning off the side of the couch while another person plays with dual-joycons on the TV and then slides both joycons into the Switch to keep the game going while walking out the door with the other person, you could do that if you really, really wanted to.

The controls on most of those variations will be similar to the previous console releases of Diablo III over the years. One of the reasons Blizzard chose Diablo III for their Switch test case was because they had already mastered adapting the game to modern controllers, so that same style of control of moving with the left analog stick and rolling with the right one is retained. On the single joycon, however, rolling is handled by flicking the joycon in a quick motion. It is surprisingly reactive and accurate and works well as a solution to the lack of a second stick on the joycon. 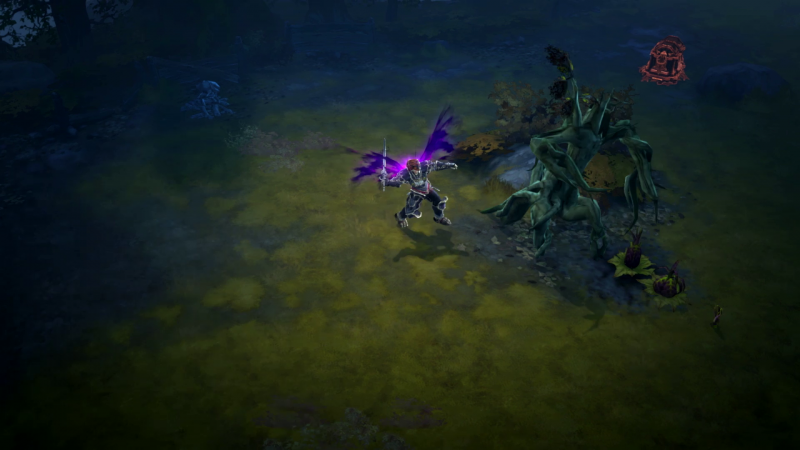 Diablo III also uses the Switch's HD rumble, though Blizzard is still tweaking it. The aforementioned constant meteor shower lead to the Switch rumbling consistently and loudly, prompting producer Matt Cederquist to proactively explain that they're going to change the rumble once they realized how aggressive it was on retail Switch units.

The game uses Nintendo’s online service, which does mean that it is one of the titles that supports cloud saves. It also unfortunately means that that it uses the Switch app for voice chat. Players who are serious about playing together might want to consider external methods for communicating with each other unless they’re very dedicated to using the Switch online app on their phones.

While we only got to demo the game for a little bit, we’re definitely excited to put it through its paces when it comes out later this year. If you want to find out more about Diablo III’s Nintendo-exclusive content, we wrote about the Legend of Zelda items right here. We also asked Blizzard who they would want in Smash Bros. if they got a slot. 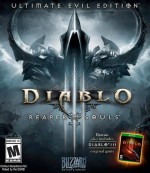