We Asked Blizzard Which Of Their Characters They Would Want In Super Smash Bros.

Blizzard senior producer Pete Stilwell laughed, but gave a quick answer. "Personally, yeah, I'd love to have Diablo. That to me is the immediate one. Then if we had over time, eventually the heroes, go through all of them...or you could go really awesome and only have Deckard Cain."

Joshua Wittge, Blizzard PR manager, chimed in to add "He could just whack them with the cane or put them to sleep."

"Or he puts them to sleep and just slowly drags them to the edge and drops them off," Stilwell continued. "Like really sinister Deckard Cain."

As for the reverse, which Nintendo characters Blizzard would want in their own games, Stilwell and associate producer Matt Cederquist had a much longer list.

"Bowser, Bowser would be a sweet dungeon boss," Cederquist said.

"Pig Ganon would be cool," said Stilwell. The two thought while saying names of big bosses from various Nintendo series. "I feel like we're mostly naming villains, but there's a lot of classic Nintendo villains. Pretty much any of them would be great."

Diablo III is coming to Switch in Fall of this year. It is the first time Blizzard and Nintendo have worked together in nearly 20 years. 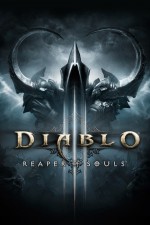