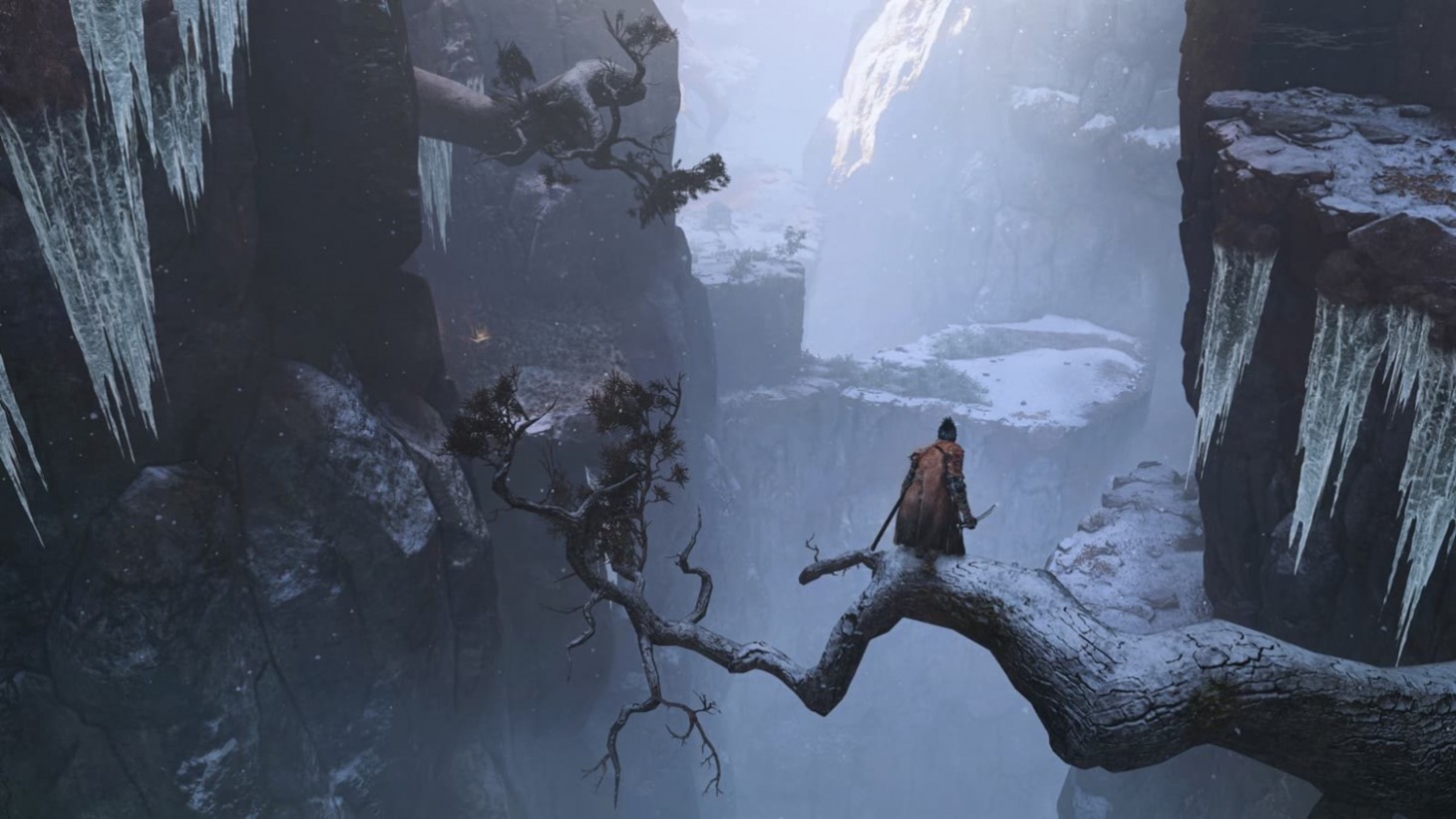 Why The Upcoming From Software Title Isn't Another Souls Game
by Derek Swinhart on Jun 16, 2018 at 10:59 AM

Sekiro is a major departure from what has been seen in From Software's Souls series, and mastermind Hidetaka Miyazaki's next game is not just Bloodborne or Dark Souls set in feudal Japan. There are a number of reasons why this is the case, and you can expect to find something different compared to previous titles using the Souls formula. Lets take a look at 10 things we noticed about Sekiro that separate it from the other Souls games and how these changes could help Shadows Die Twice entice new players and old fans alike.

The info was assembled from a variety of interviews and hands-off demos from around the industry during E3, including Polygon, Digital Trends, Gamesradar, and PCgamer.

1. A Jump Button:
None of the games in the Souls series feature a jump button, and the only way a player can go airborne is to sprint and leap together. It is unwieldy, imprecise, and frustrating, and the world is not designed with verticality in mind outside of ladders and elevators. The rare "platforming sections" in the Souls games are the weakest parts of the series. Sekiro has a dedicated jump, which is used to traverse the world, dodge enemy attacks, and explore the more varied level design.

2. A Grapple:
Sekiro features a grapple mechanic that is used to pull yourself quickly and closer to enemies for attacks, and to have more freedom to explore the world. The grapple, mixed with the ability to jump, makes the act of traversing feudal Japan in Sekiro different from anything you experience in a Souls game.

3. Stealth Mechanics:
The closest you get to stealth in a Souls game is slowly trudging up behind an enemy and getting a backstab in. Sekiro has dedicated stealth mechanics, such as crouching in tall grass, silent kills from hidden areas or rooftops, and sidling up against walls for cover. Players can slowly take out weaker enemies one-by-one before engaging larger, tougher enemies in combat. 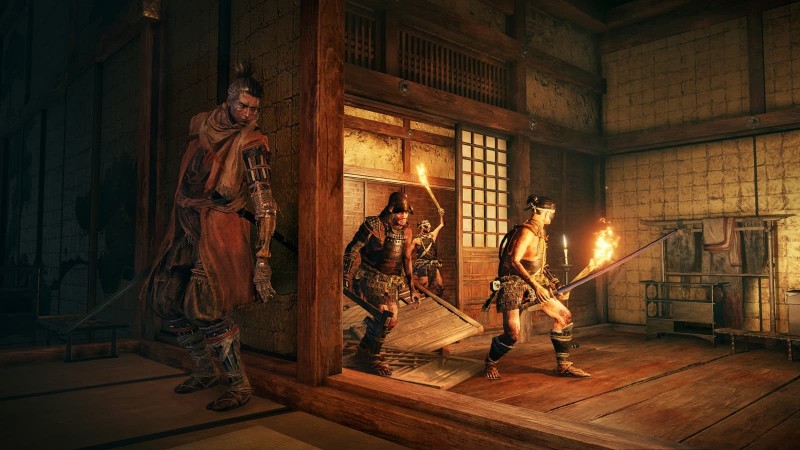 4. No Stats Or Classes:
In Sekiro you are a set character, and have no stats to manipulate or classes to pick from. The game is designed around being a Shinobi in feudal Japan, and From Software has designed the world and weapons to fit that character. With stealth, traversal and swordplay all major parts of the game, focusing on being a ninja is the only option in Sekiro. From Software has stated there may be some replacement for stats but it won't be anything like what has been previously seen in their Souls games.

5. No Other Weapons, Only The 'Shinobi Prosthetic':
While Players have access to a number of options and gadgets, the only main weapon at this time is the katana mixed with your prosthetic limb. The focus is on perfecting your skill with the sword and utilizing gadgets to buff your blade or change up your playstyle. The limb offers a number of options, such as a limited block ability, an axe that can break enemy defenses, or firecrackers to stun your opponents. The gadgets can be mixed with your weapon, like using the firecrackers to light the katana on fire. The prosthetic arm used to activate them looks like the closest analogue to trick weapons in Bloodborne. 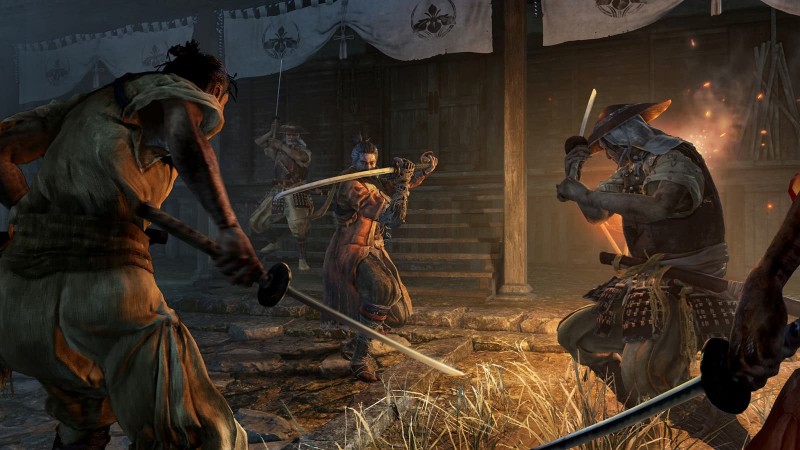 6. No Armor:
A new departure will be that no extra armor can be found, in line with the theme of being a ninja and cutting out the RPG elements.  From Software has already stated that Sekiro is not a role-playing game and insinuated that the only form of upgrading will be involved with the gadgets. The major reason to explore is to find new options for your prosthetic.

7. Emphasis On Story:
While Sekiro won't be the next Mass Effect, it has a greater focus on story compared to the Souls games, starting with the fact that you play as a fixed character. Players don't customize their identity or choose a class. You only play as a Shinobi, Sekiro, or "The One-Armed Wolf." Characters have more of a focus, and their relationships evolve over the course of the game. Despite this, Sekiro will probably have telltale elements From Software's world-building and cryptic storytelling. Miyazaki told Polygon in an interview “It’s not going to be a thickly story-driven affair, but we think it’ll be a nice change of pace from what you’ve seen so far.” 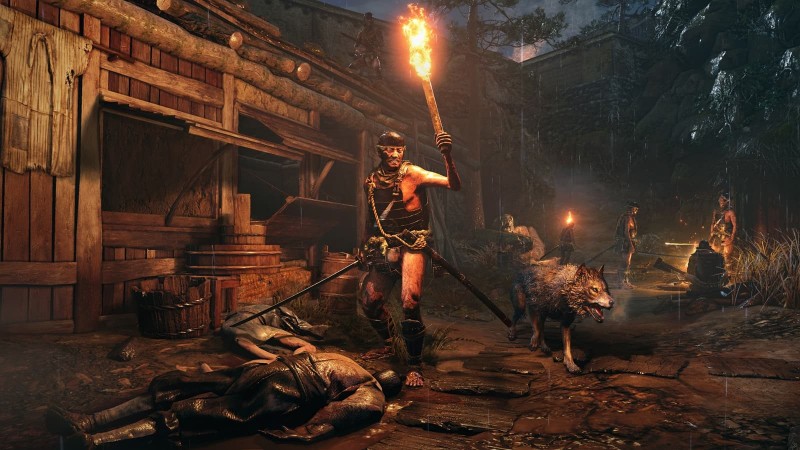 8. Resurrection
The title of the game Shadows Die Twice is not just a cool subtitle; it is intrinsic to a major change from previous games by From Software. You can use death to your advantage and choose when to resurrect your character. An enemy can kill you but you have the ability to wait for them to let their guard down, come back to life, and take advantage with a surprise attack. The ability has consequences and is limited, but changes the death-mechanic that has been the staple of the Souls series.

9. Posture
The major stat in Sekiro is posture, and much like stamina you have a meter representing it. Your enemies also share that same weakness, and parrying their attacks lowers it, allowing you to take advantage with a powerful and brutal attack. Depending on the opponent, whether it be a larger enemy or a boss, it can either instantly kill them or do a significant amount of damage. You have to focus on dodging attacks with your jump, timing your blocks to cause a parry, and striking when you have the advantage. These acts lower your enemies posture and open them up for a devastating attack. If you focus too much on blocking, or receive damage, it lowers your posture, and the enemy can finish you off as well. A kanji appears that represents what sort of attack is incoming, giving you a chance to know whether it can be blocked, parried, or must be avoided altogether. It doesn't make it any easier though, as you still have to learn attack animations to know where and when to dodge, or to parry their attack when possible. 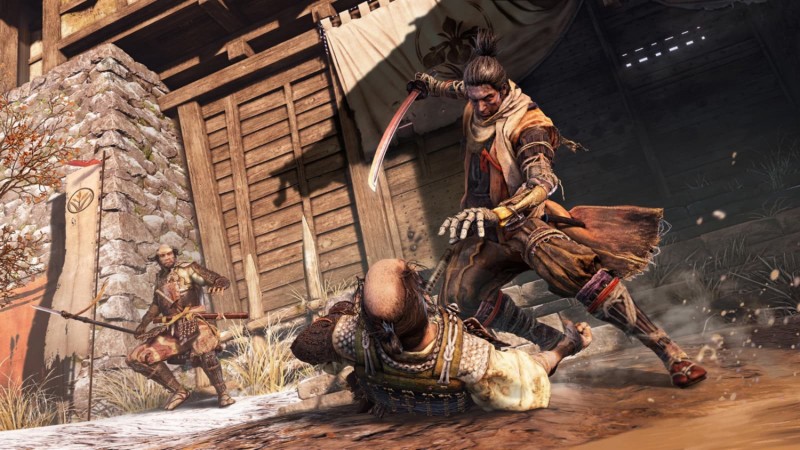 10. No More Bonfires Or Lanterns
So far, Sekiro does not have a traditional lantern or bonfire system like the Souls games. Removing the need for souls or blood echoes as a currency allows From Software to change the way they look at checkpoints and death in their game, such as with the new resurrection system. Whether the game has a more typical checkpoint system or its own version of bonfires is unknown. It will be interesting to see how From Software plays with the idea of progress in a game that does not have as concrete indicators of it as the Souls games.

Something New
Sekiro: Shadows Die Twice is looking to be something wholly new by From Software, and that is incredibly exciting. The game is shaping up to be From's vision of a character action game as opposed to a feudal Japanese action/RPG. That focus should allow fans of the Souls to experience something new, and also interest newcomers to the typically impenetrable series.