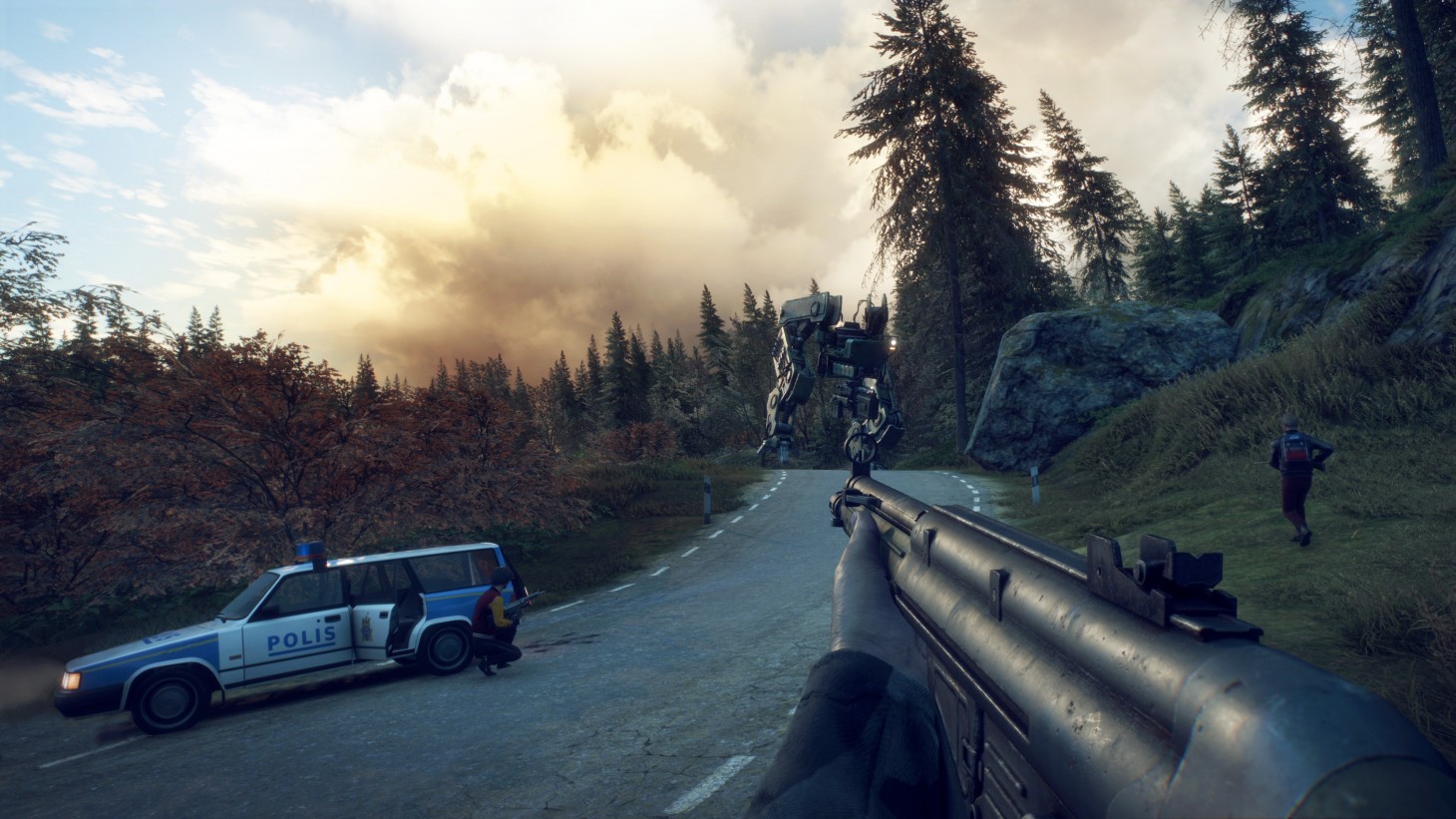 The latest in the slew of games the Avalanche Studios, Generation Zero is much quieter than the chaos inherent in both Rage 2 and Just Cause 4, both in its gameplay and development. A small project with only around 40 people developing it and no publisher attached to it, the demo we saw for Generation Zero managed to leave an impression thanks to its unique vibe and killer presentation.

Set in an alternate version of the 80s, Generation Zero takes place in Sweden and finds you playing as a teenager (or a group of teenagers) who have come home to find from a trip from an isolated island to find that the nation has been overrun with violent robots made out of junky cart parts. People are missing or worse, and there’s only you, maybe your friends, and a countryside filled with murderous machines.

Generation Zero immediately draws comparisons to the cult classic S.T.A.L.K.E.R and earns them, giving you a wide and desolated landmass to explore, filled with towns and settlements, most of them occupied by neighborhoods with houses that you can go into and explore—or use as barricades for when the action gets tough. Runing on the Apex engine, the same engine that powers both Just Cause 4 and Rage 2, Generation Zero’s version of Sweden is stunning, with light that cuts through the trees and a slight fog that makes figures in the distance all the more ominous. Game Director Emil Kraftling points to some island in the distance, saying that co-op players can explore the entire island while in a multiplayer session without being tethered to one another, if they so choose.

The demoer spends the first few minutes scavenging ammo and loot from cars and boxes, armed with only a rusty PPK. We come across one of the machines, a runner, that looks like four pipes stuck to a car engine with a lamp for a head. The demoer manages to kill it with a few shots to the head but Kraftling warns that the vast majority of machines aren’t that easy to take down. You’ll have to be smart if you want to survive.

Many of the robots have specific body parts you can disable that will give you an advantage in battle. Clip a robot’s legs and it can’t move (though it can still fire at you with machienguns), shoot one in its visor and it won’t be able to use heat seeking signatures to track you. Environmental objects also let you even the odds when you come across a pack of foes. During our session, the demoer found three Runners in a town center. Using a boombox he picked up earlier, our player tosses it next to a nearby electrical station. The Runners investigating the song playing from the boombox immediately suffer a shock to their systems when the demoer unleashes a volley of bullets on the electrical station. He quickly takes them out while they’re stunned.

The best thing about Generation Zero is just how effective and uniquely eerie the game’s atmosphere is. Despite being set in the 80s, you won’t find an obnoxious amount of neon splashing your screen or hear Michael Jackson blaring from nearby radios. From what we’ve seen Generation Zero refuses to give into the temptation of paying excess homage to the decade of excess. Instead, there’s an unnerving level of HG Wells-style crypticness about the whole affair. Where did the machines come from? What do they want? How do you repel them?  Avalanche says that answering these questions will drive the game’s narrative which, again, can be experienced as a solo player or with a squad.

Our demo ends when our player comes across a new kind of mech in a field, one that dwarfs the Runner in size, awkwardly strutting about like a hobbled giraffe. There are square shaped boxes on its shoulder. The player takes a rifle shot at the mech and it responds by opening those boxes and showering the entire field with a rainstorm of missiles that kill the demoer and cutting to black.

We came away impressed with this slice of gameplay from Avalanche’s latest. As far as setting a mood, Generation Zero fires on all cylinders, engendering a spooky horror atmosphere that makes the game stand part from both Avalanche’s trademark zany output as well as the vast majority of other open-world survival games. We’ll have to wait more to learn about Generation Zero, which is due out in 2019, but this is one spooky co-op fest that has our undivided attention. 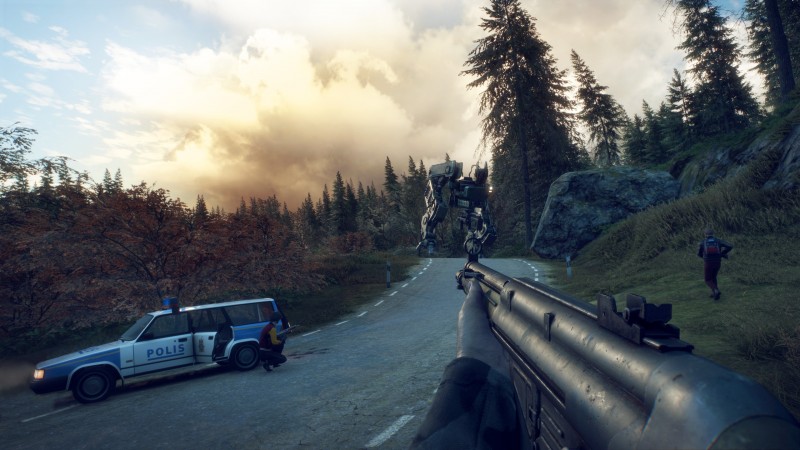 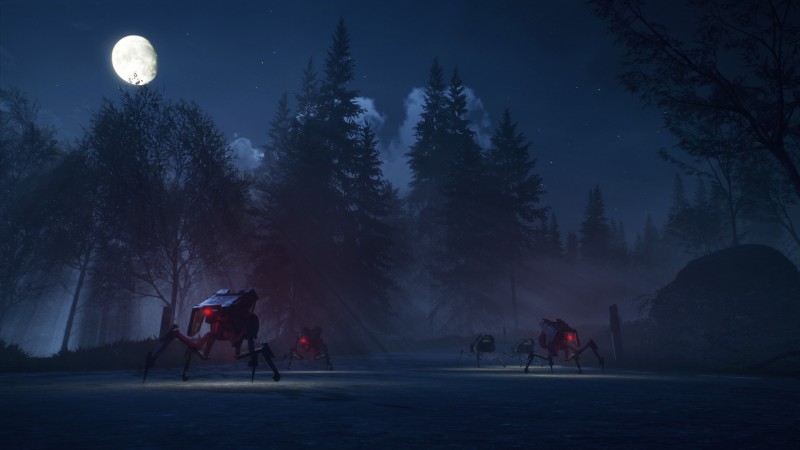 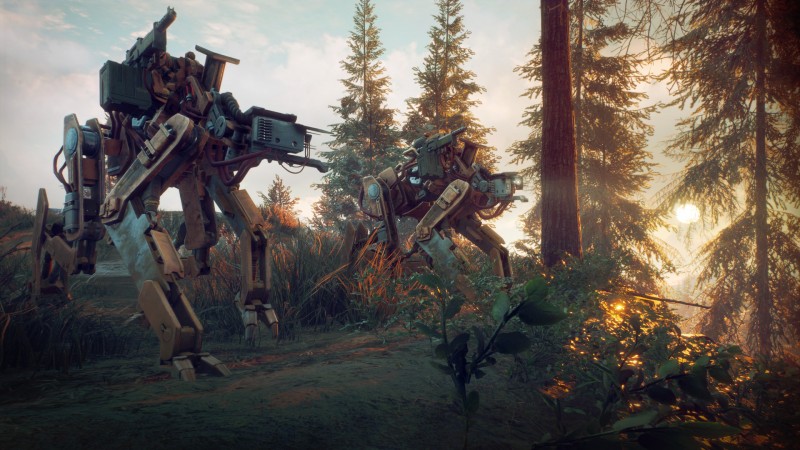 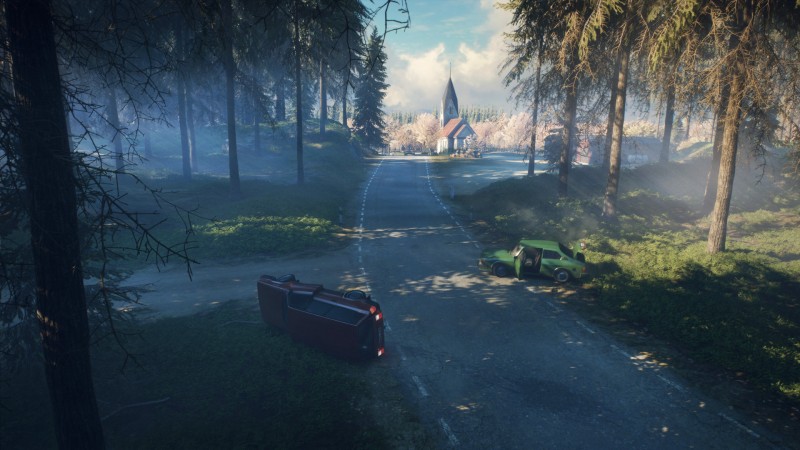 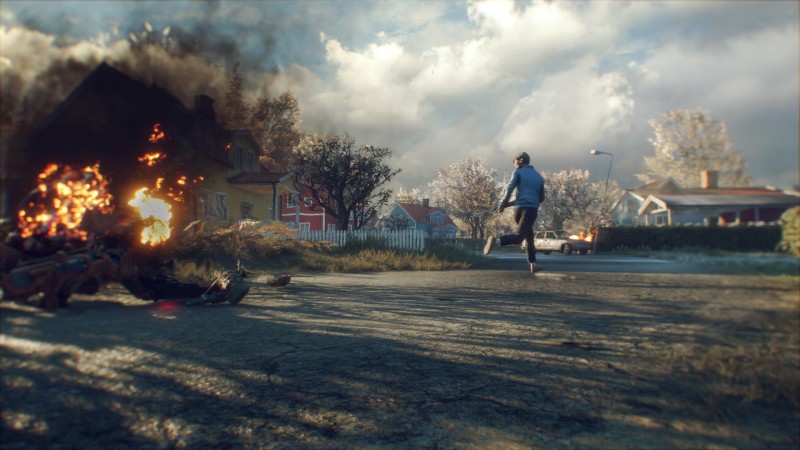