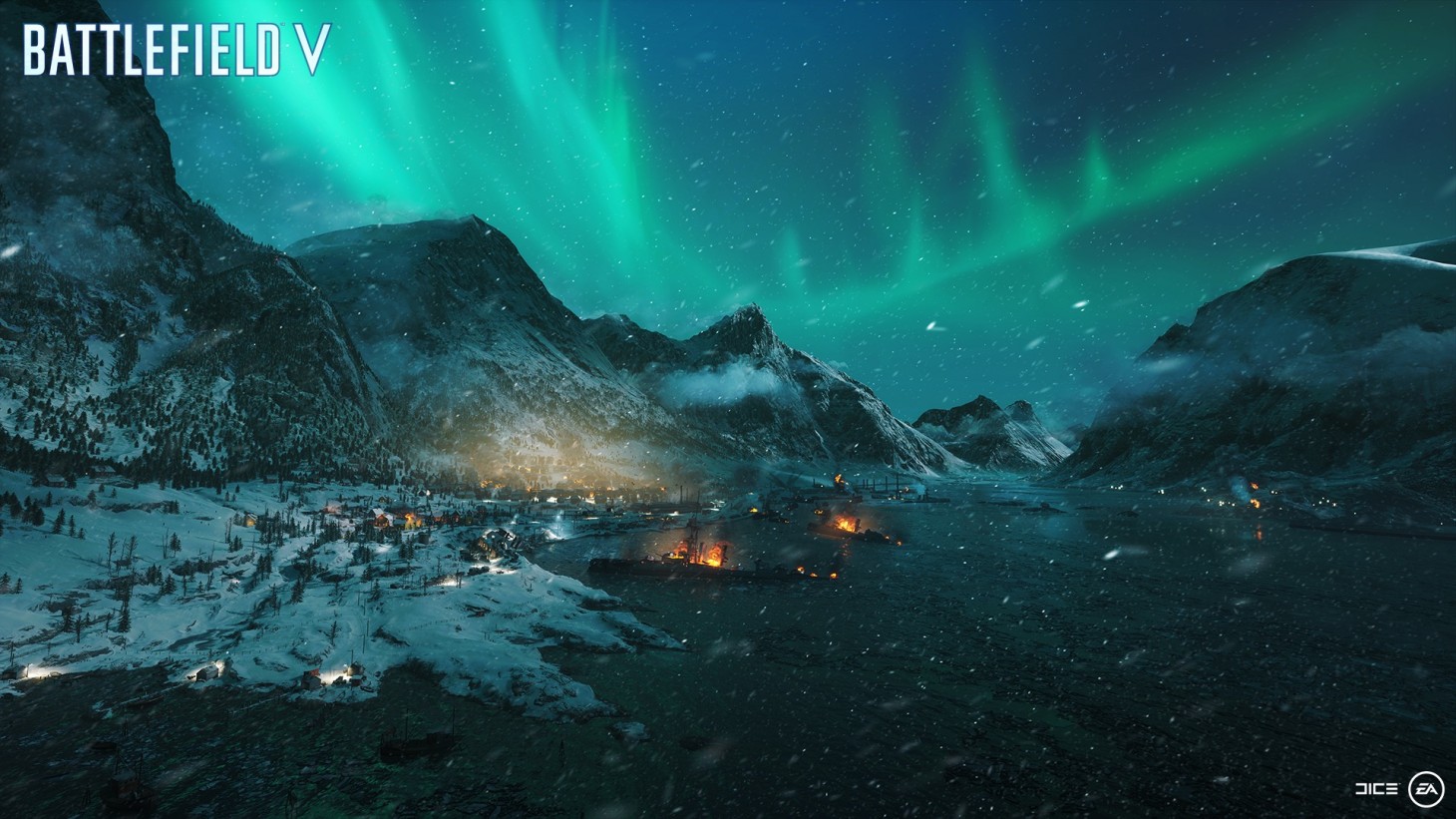 Many Battlefield veterans groaned when DICE announced the new battle royale mode coming to the next entry in the series. Whatever you feel about trend-chasing inarguably the most popular multiplayer mode on the planet right now, it doesn't appear to be coming at the cost of the core Battlefield multiplayer modes that stress teamwork and communication. We got a chance to go hands-on with a slightly modified version of the new Grand Operations mode at EA Play, and came away with a better understanding of how DICE plans to evolve these long-form matches.

If you read our preview from our Battlefield V first look, you already know that Grand Operations is the next evolution of the Operations mode introduced in Battlefield 1. This time, DICE plans to incorporate various modes into the sequential rounds of the long-form matches as well as switch out maps. For instance, the attackers may parachute behind enemy lines to take out artillery in the first round, then transition into a classic control point experience for the second round, move to a new map in the third round, and possibly face a resource-starved last stand for the final round where once your squad is wiped you can no longer respawn. That's the way the first Grand Operations map plays out during the battle of Narvik in Norway. To get us more quickly through the mode, the version at EA Play took place on an accelerated clock, with only two truncated rounds. It also didn't include the new squad-points system where the squad leader can spend acquire supply drops, smokescreens, or even V1 rockets to deploy if they save up enough.

Like Operations before it, Grand Operations comes with a slight story wrapping that gives you the context for the war and outlines what's at stake. For this battle, the Allied forces hope to airdrop in and recapture a vital port that gives the Germans access to a critical supply route. I played rounds on both sides of the war to get a better understanding of all the new tools DICE gives soldiers in Battlefield V.

Dropping in as an Allied paratrooper is nerve-wracking when the artillery is firing in your direction. You can wait to time your drop further behind enemy lines, but this comes at the cost of potentially going down with the cargo plane if the Axis soldiers take aim and fire. If you drop early you won't face the same dire circumstance, but the Axis is in much better position to repel your advances. You must parachute into the map unless you can spawn on a squadmate on the ground. When you die, you can no longer skip the timer to avoid a potential revive. Now you have to wait it out, during which you have a 360-degree view of the area around your soldier.

If you aren't revived, the game immediately transitions to an over-the-shoulder view of a teammate, which you can cycle between. If you prefer you can go back to the deploy screen to see if there are any unused vehicles, but this is no longer the default view unless your squad is wiped. I wish they had an indicator of whether there was an unused vehicle from the over-the-shoulder cam, but at the same time, I appreciate getting the lay of the land from this new perspective before spawning in. This should hopefully keep patient players from immediately dying upon spawning in. I also noticed the system seems to be tuned more conservatively so you can't immediately spawn on a teammate who is in combat. If implemented properly, it could cut down on the number of times you are firing on a lone soldier one second, and outnumbered by incoming squad spawns the next.

Once you land, you need a soldier to gather the charges necessary for detonating the artillery; you can't just walk up to them and destroy them without grabbing the explosives like you would an M-COM station in Rush mode. We managed to take out a couple installations before the map suddenly transitioned to another day in the battle. Here, the game tallied the number of objectives met and also takes into account how many soldiers were left standing that day. These numbers are then applied to your ticket count for the subsequent round. The next round played like a traditional operations mode, where we had to capture forward points to push the enemies back.

When I switched to the defensive side, I familiarized myself with the new fortification system available to all classes. Each soldier has a hammer they can equip to fortify their position. Once the tool is out, you can see outlines of potential building options around you. One area may allow you to throw down some sandbags, while another may create a thicker wall to give forward defenders better cover. Engineers can also build stationary weapon emplacements. This system is much more restrained than I expected; don't expect to build dramatic defensive positions like Fortnite or to create a sea of tank obstacles and sandbags.

The defenders can take up anti-air weapons, but the best options for repelling the early Allied advance are the giant artillery cannons. By running up to these giant installations and interacting with it, you can fire these devastating shells at the approaching aircraft and take out the paratroopers before they even drop. The massive cannons take a while to reload, which gives you time to run over to another nearby artillery emplacement if it's unattended. I racked up several kills using this method.

The fortification system and more modest amount of starting ammo both change the rhythm of play. When you clear out one set of advancing soldiers and have a minute, it's smart to reinforce your position or run back to an ammo supply point to stock up. You have enough clips to take out a few soldiers, but I found myself running out of ammo way more than in previous Battlefield games. Requesting that a squad member drop ammo bags wherever you set up is a smart call. The same goes for medic packs considering you no longer regeneration full health by staying out of the crossfire.

It's tough to get a full assessment of general gameplay during such brief hands-on sessions, but I did like a few changes. The new movement system produces more realistic animations, the destructibility looks more realistic,  and the recalibrated guns feel much more predictable once you figure out their characteristics.

The brief time I had playing Battlefield V was fun; this is still one of my most anticipated shooters of the year. But many questions linger about just how much content will be in the game at launch. DICE isn't talking numbers, but senior producer Andreas Morell told me the maps are going to release sequentially adhering to the World War II timeline over the course of Battlefield V's life. This means we won't be potentially storming the beaches of Iwo Jima or revisiting Wake Island (which seems like a no-brainer) any time soon without booting up the backward compatible version of Battlefield 1943. Does this mean we're getting a much smaller selection of maps off the bat? Time will tell.

The Battlefield V Play First trial begins October 11 on Xbox One and PC. Players who buy the deluxe edition can join the fray on October 16, and the standard edition launches on October 19 for PlayStation 4, Xbox One, and PC. 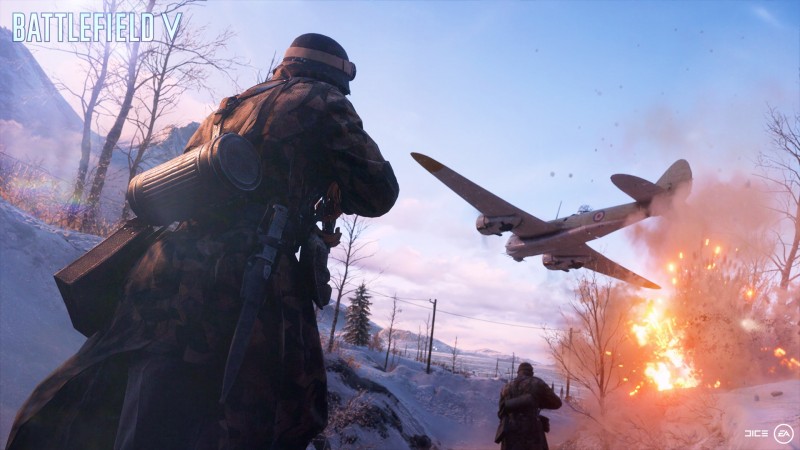 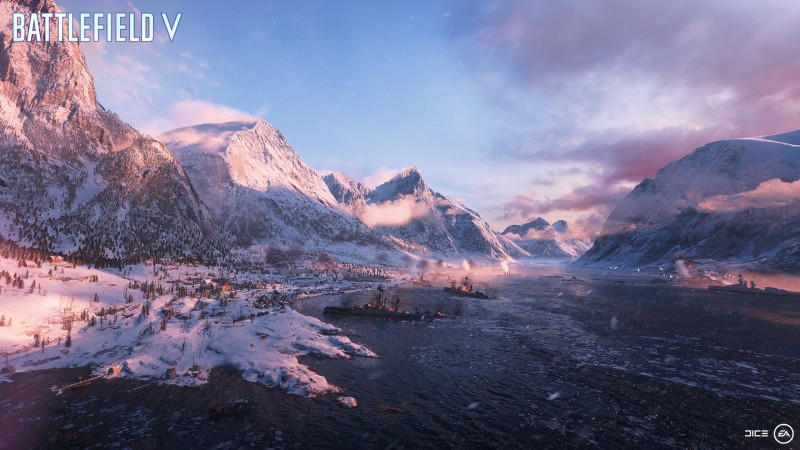 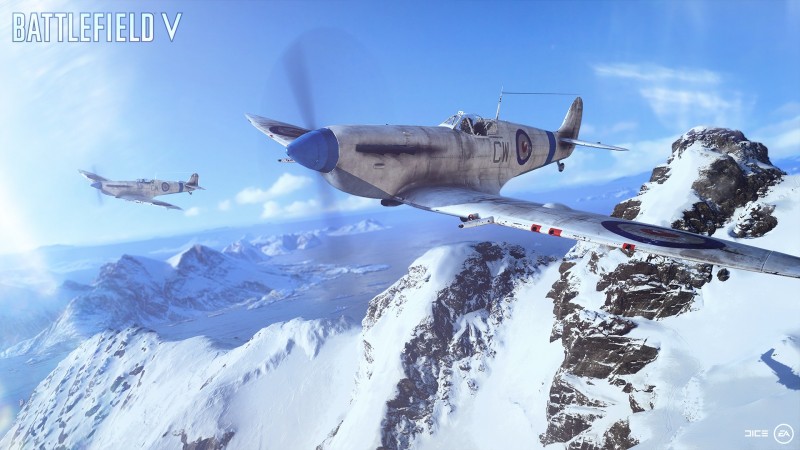 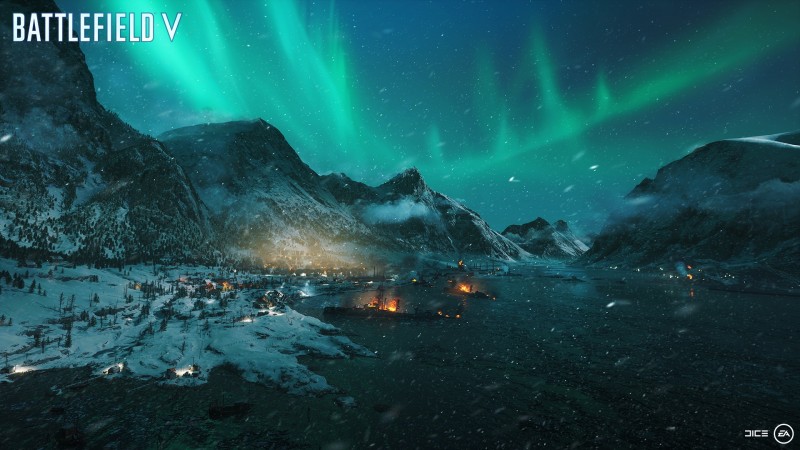 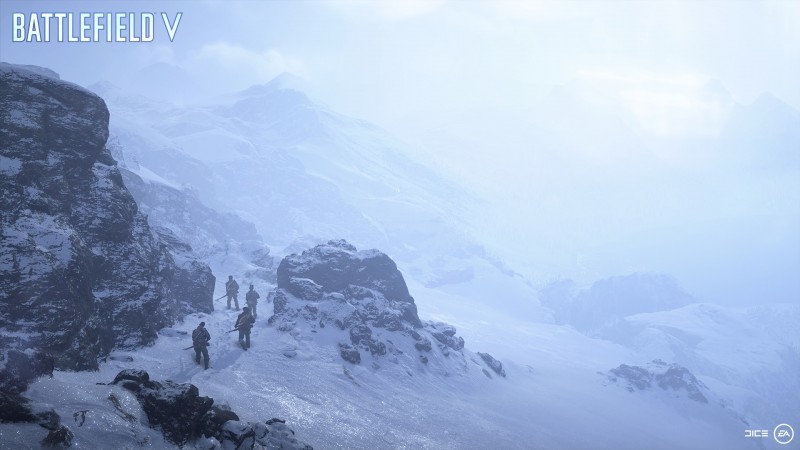 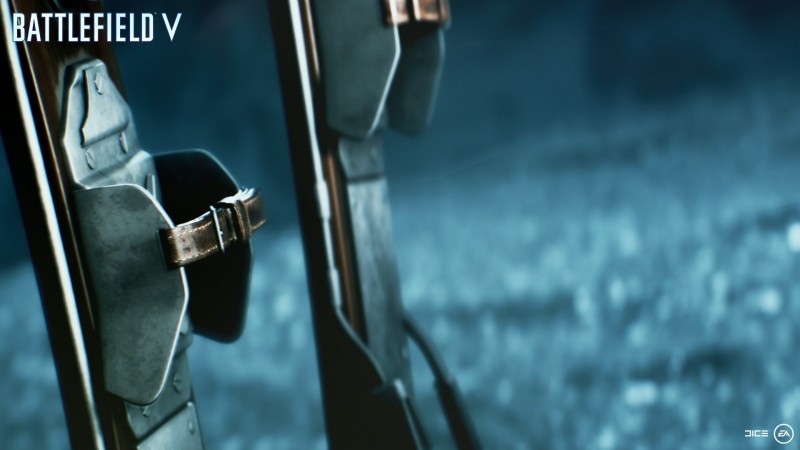 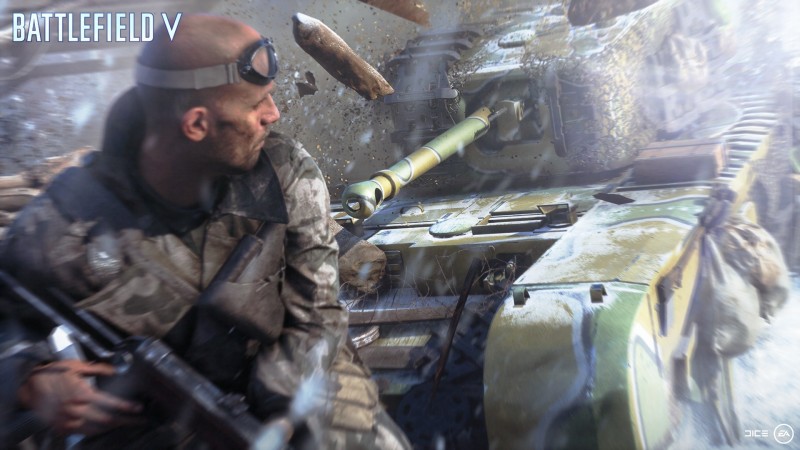 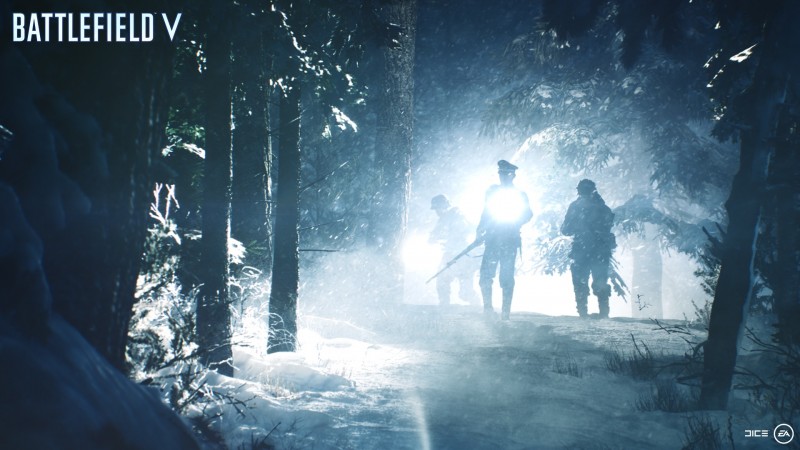 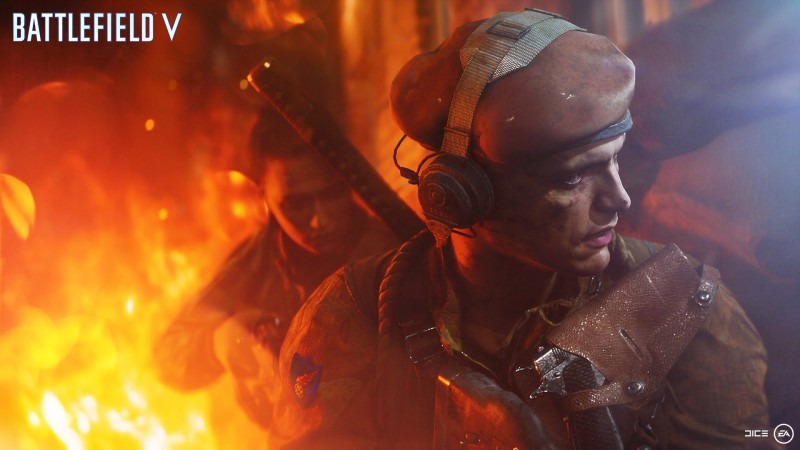 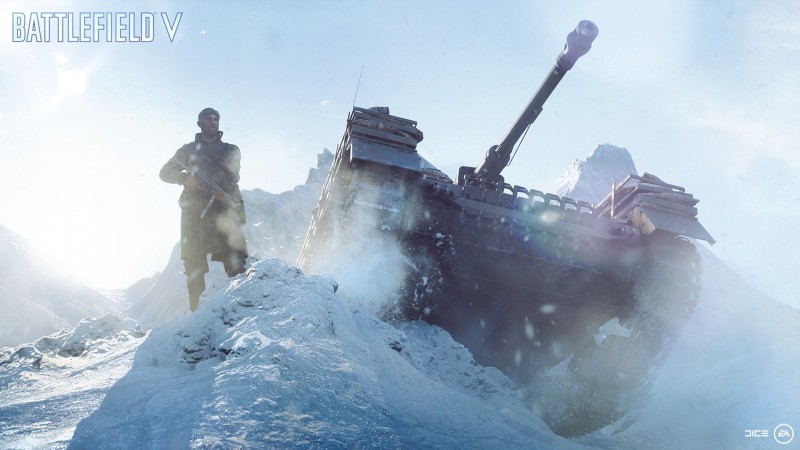 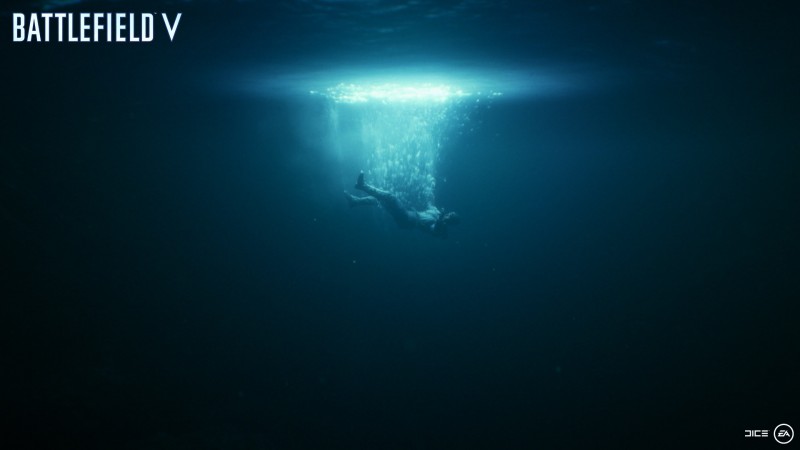 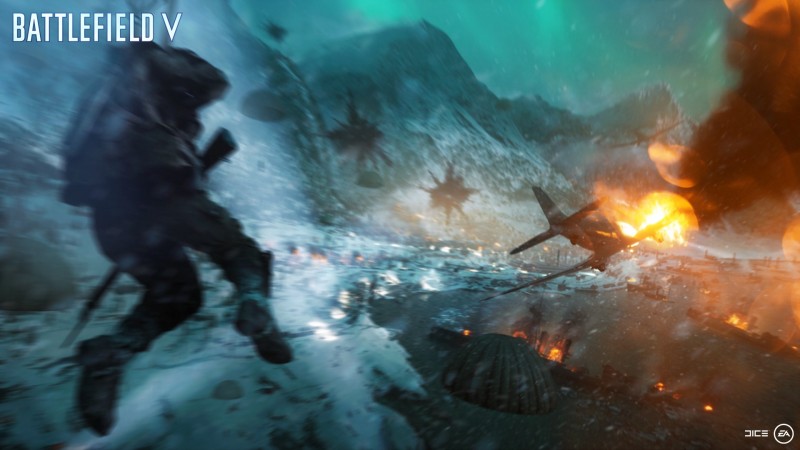 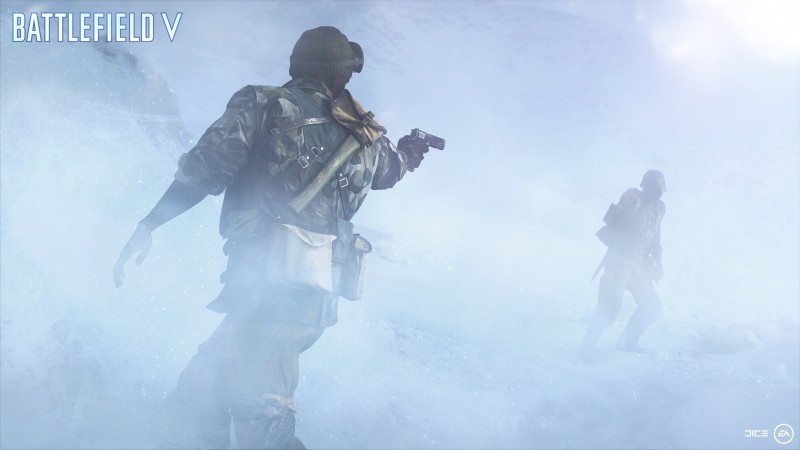 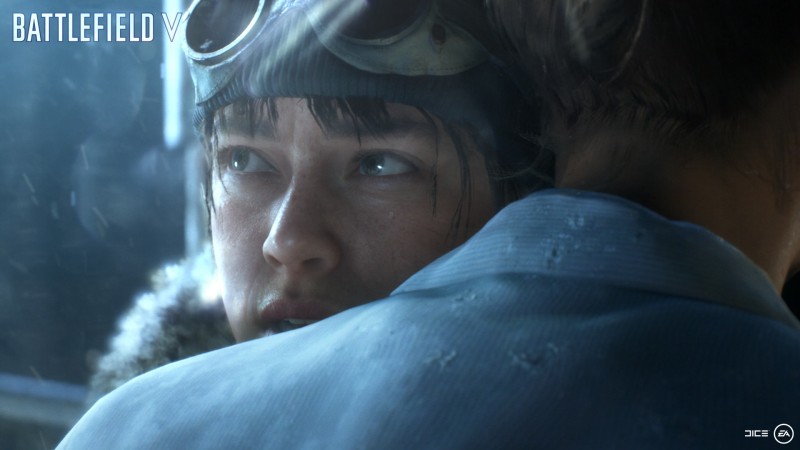 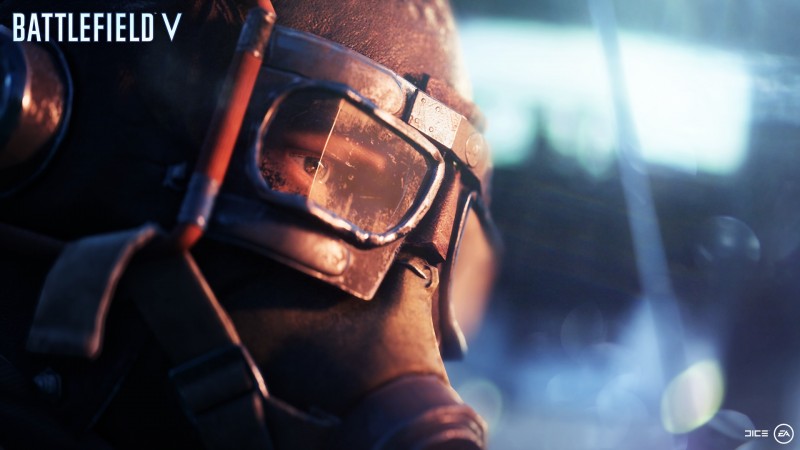 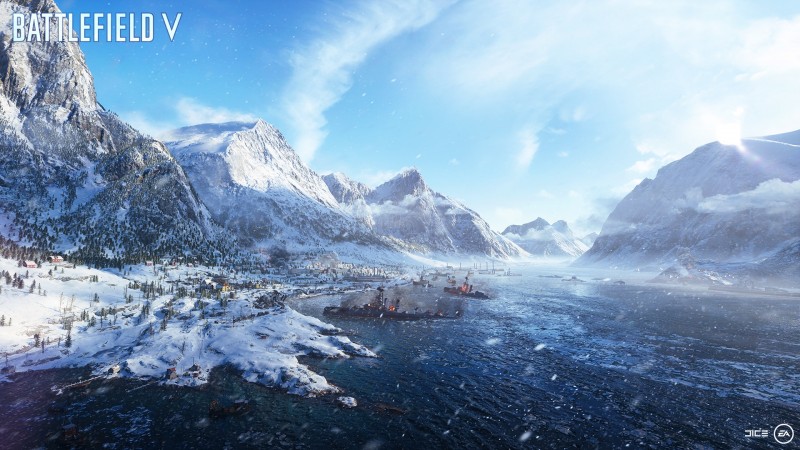