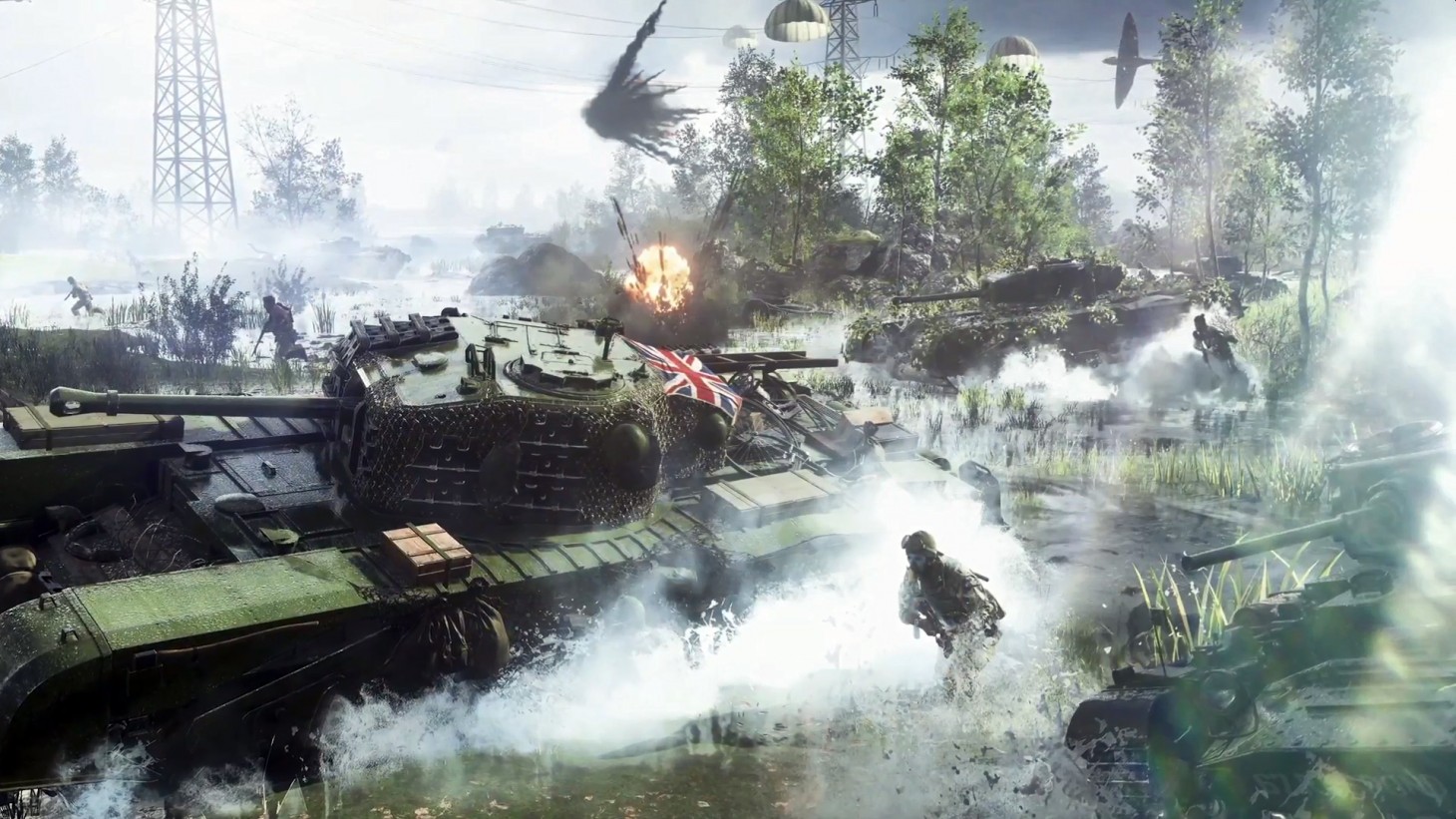 Battlefield V Will Have A Battle Royale Mode And More

DICE kicked off EA’s E3 2018 press conference with a major announcement: Battlefield V will sport its own take on the uber-popular battle royale genre.

DICE didn’t share any other details about Battlefield V’s battle royale mode, other than to say that it will feature the same focus on teamplay, destruction, and vehicles that the series is known for, and that it will share more later this year.

The rest of EA's Battlefield V demo covered the same ground as its earlier reveal, including greater destruction (including the ability for tanks to bulldoze straight through buildings), and capturing World War II through the eyes of individual soldiers in the returning War Stories mode. DICE said it will be giving players a more in-depth look at at the first such War Story during Microsoft’s Xbox Briefing tomorrow. DICE also once again reiterated that Battlefield V will feature absolutely no lootboxes or premium passes, and that “everyday will bring something new” to the game.

Stay tuned to gameinformer.com for more on Battlefield V, including hands-on impressions.