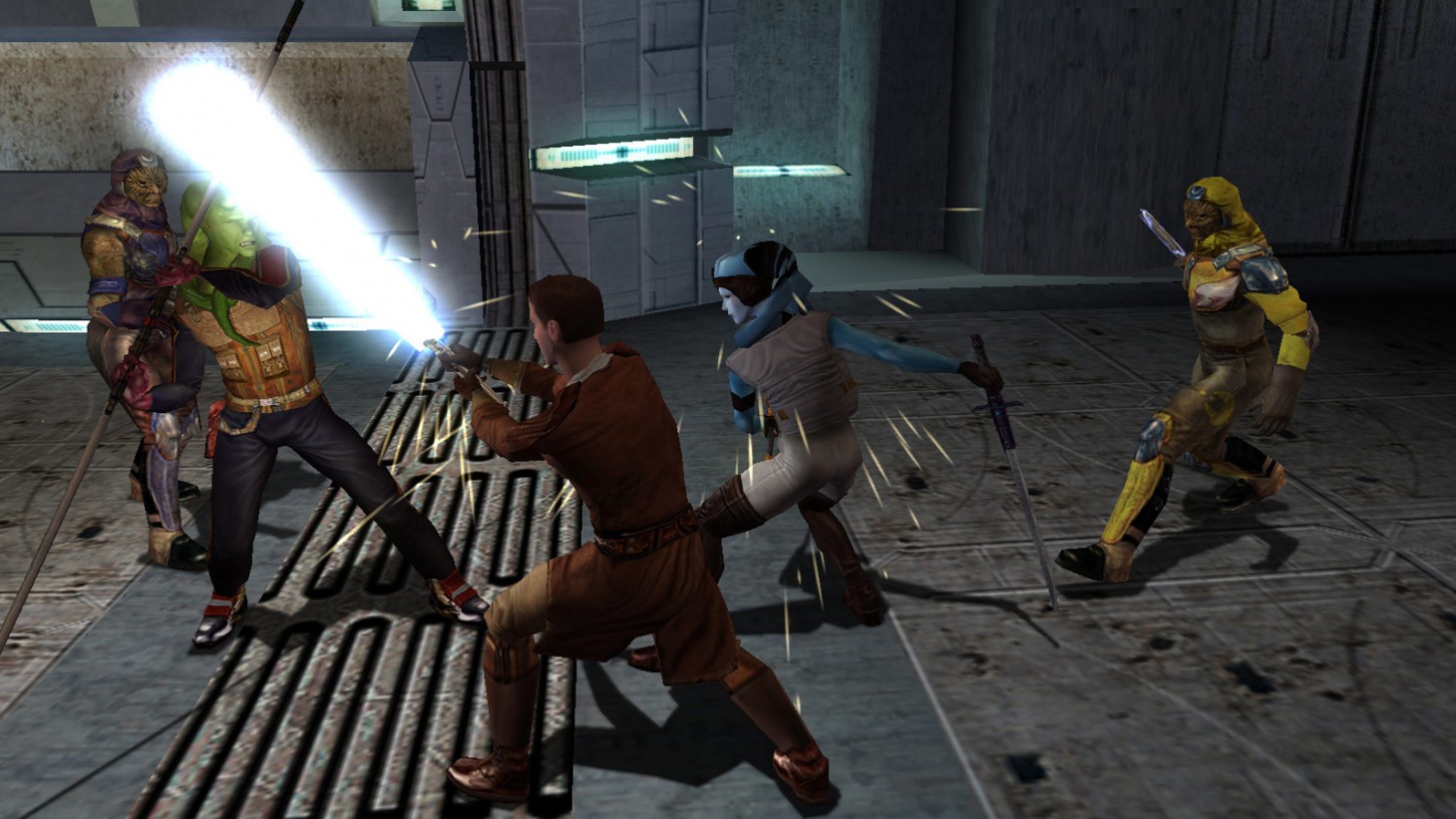 Among many big surprises coming from a showcase loaded with top-tier announcements, the reveal of the Star Wars Knights of the Old Republic Remake was close to earthshattering. While we saw almost nothing substantial of the project coming from Aspyr and Lucasfilm Games, I’m no less pumped for the opportunity to play through a game. Even if it’s a game I’ve started and dropped well over a dozen times.  This remake is a chance for redemption between me and KOTOR, and my main annoyance and barrier to entry will hopefully find a rework: the user experience.

Being an expansive RPG from the original Xbox, Knights of the Old Republic was ambitious. You can see Bioware’s design threads from this game through Mass Effect and Dragon Age, but aspects those games have over KOTOR are UI and controls I can parse and tolerate for long periods. It makes sense, though. Mass Effect came years after the fact. Lessons and techniques have been integrated and developed to make combat more enjoyable and menus easier to navigate over time, all of which never funneled back to the classic Star Wars RPG in subsequent iterations.

Booting up KOTOR after the Sony event reminded me of the wonky camera and clumsy menu navigation to initiate attacks or perform menial tasks like unlocking doors. It’s a fight that begins before you reach any combat on the Endar Spire and makes me question why I’m trying again. More time with the game will undoubtedly lessen the pain, and it has in past attempts, but now that Aspyr promises a from-the-ground-up remake, I’m going to hold back on this galactic escapade until I see more.

I’ve heard nothing but good things about the characters and story of this game, but no matter the console or platform, be it PC, Xbox, or even on my iPad, I’ve yet to see the whole thing, and the reason why is universal. I hope Aspyr isn’t just throwing a fresh coat of paint on KOTOR and calling it a day. I’d love to see a complete redesign of how players interact with combat, equipment menus, dialog systems, and even how the in-universe game of Pazaak is presented. For me, the more modernization that results in less of the game getting in my way from cool Jedi and Sith stories, the better.

Star Wars Knights of the Old Republic Remake is being developed for PlayStation 5 as a console launch exclusive but will be making its way to PC as well.

What do you want to see changed in this new version of KOTOR? Was it perfect the whole time, and do I need to just get over the interface hurdles of this legendary game? I bet there are opinions about it, so feel free to respectfully share them with me in the comments.