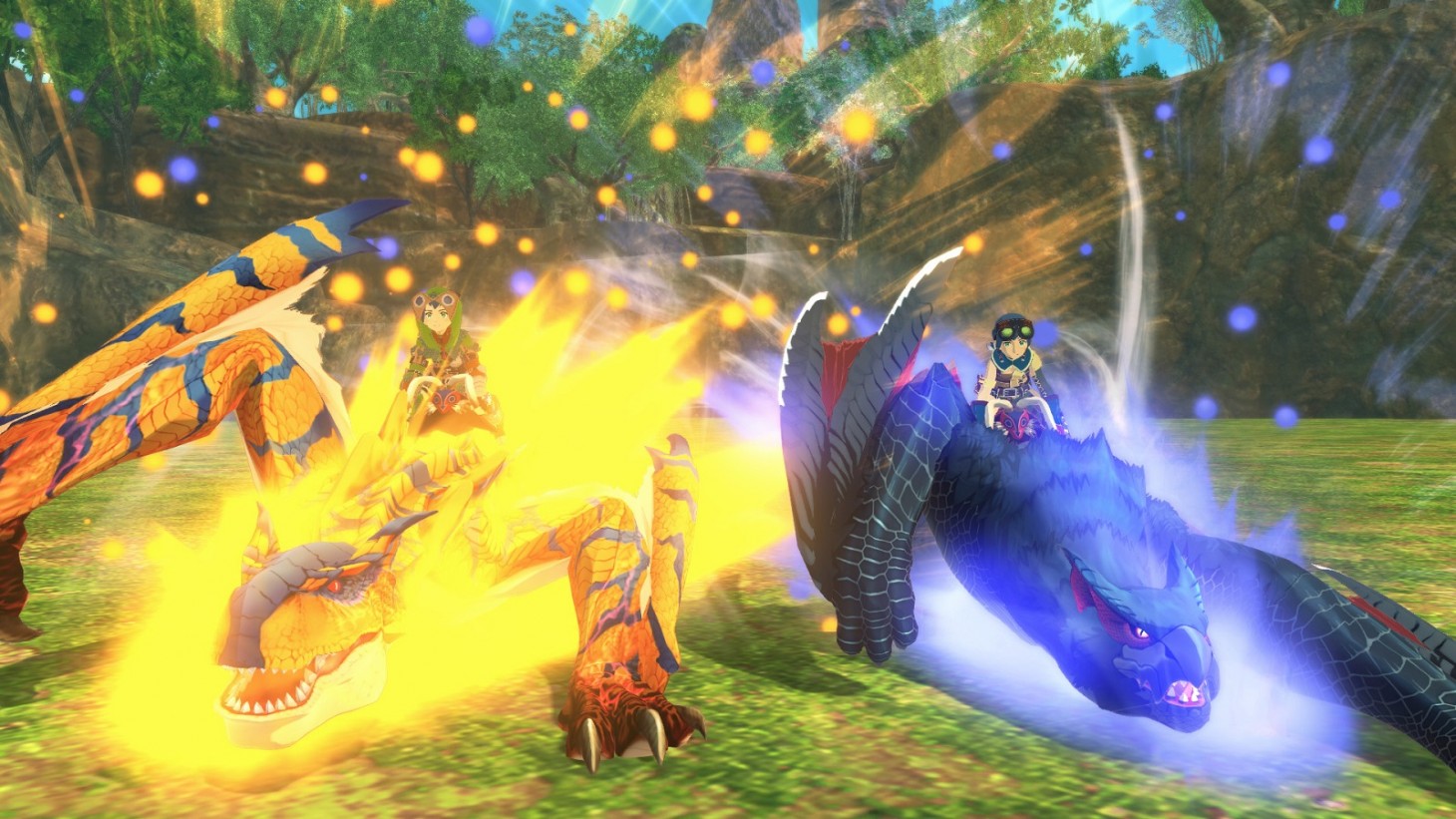 Monster Hunter Stories 2 Is The Pokémon Game We Deserve

I haven’t enjoyed the last decade or so of Pokémon titles. I’m absolutely optimistic about what Pokemon Legends: Arceus could bring with its open world format. But in general, if you’re looking for a creature collector with depth these days, the mainline Pokétitles are not the place you’re going to find it. Sword and Shield bored me immensely, and the addition of dynamax did nothing to enhance the magical journey of tapping A 10,000 times from the first battle to the last. Sure, there are always other cool games to explore in the creature collecting genre basket, from TemTem to Shin Megami Tensei, and now we have Monster Hunter Stories 2, which I couldn’t put down over the weekend.

So why does it work? First, it respects you as a sentient human because it’s possible to lose battles. I know, this is kind of ridiculous to even have to point out, but you can probably push through a Pokémon title without even looking at the screen. This isn’t actually a dig at Pokémon, I can appreciate the cute and fluffy games for what they are today, but instead admiring that Capcom has instilled some combat mechanics that you need to pay attention to here in order to successfully navigate and survive combat. In fact, many RPGs can fall prey to the “place a rock on the A button and walk away” conceit, so it’s nice to see the depth and some risk/reward elements in the conflict. With multiple weapons on deck, parts to break similar to the core franchise, and plenty of cool abilities to work into a rotation, battles tend to be much more complex and longer encounters than we’re used to in the genre.

This leads to lengthier, but more rewarding battles when you want them, again channeling the core concepts of Monster Hunter proper into a turn-based format. Progression elements are also similar where you need to collect monster chunks to turn them into weapons and armor that look like the parent creature. It’s kind of grisly, but it’s always nice to topple a big bad and then turn them into your next fashion statement.

The procedurally-generated egg dives into random dungeons inject an element of randomness to the world that’s appreciated, where you can continue on the main quest or go look for smelly eggs. Why would you do this? Well, you want to find cool critters to adventure with, obviously, but also because of genetics. Once you find a creature you really like, you can throw your old monsters away to enhance its genetic composition to make it a “main” in your crew. Like the old-school Pokémon titles, you want to have a good variety of handy environmental abilities in your team that let you climb walls, swim in water, break rocks, or other things that would have fit handily on an HM. This gives you something to do when you’re not trying to push through the core content, you can just chill and hunt for some new friends. It works!

The other progression systems from standard Monster Hunter, like sending out for free materials on timers or upgrading your gear, all return and make a ton of sense in a traditional JRPG format. But one element I’ve really enjoyed, something that’s fairly uncommon in the world of turn-based JRPG fare, is that of the co-op battles. Yes, I know they exist even in Sword and Shield to a degree. Here, you can team up with another hunter in co-op, run through a quick dungeon (or a larger one, if you’re on an expedition) and take out a big beastie together. It channels that core Monster Hunter energy and packages it into a bite-sized package amazingly well, and who doesn’t love watching an awesome anime sequence play out when you and your new friend execute your sweet ultimate attacks together? There’s also PVP, which I haven’t tried yet, but I’m looking to dig in once my Red Khezu is ready for some real action. Yeah. He’s adorable, don’t touch him.

Anyway, if you like the Pokémon games, give Monster Hunter Stories 2 a try. You won’t be disappointed. This game is definitely making my Top 10 this year, if not my Top 5. I freaking can’t wait for SMT V later this year either! It’s a great time to be a critter collector!

Be sure to also check out our full review here to learn even more about the latest Monster Hunter adventure.