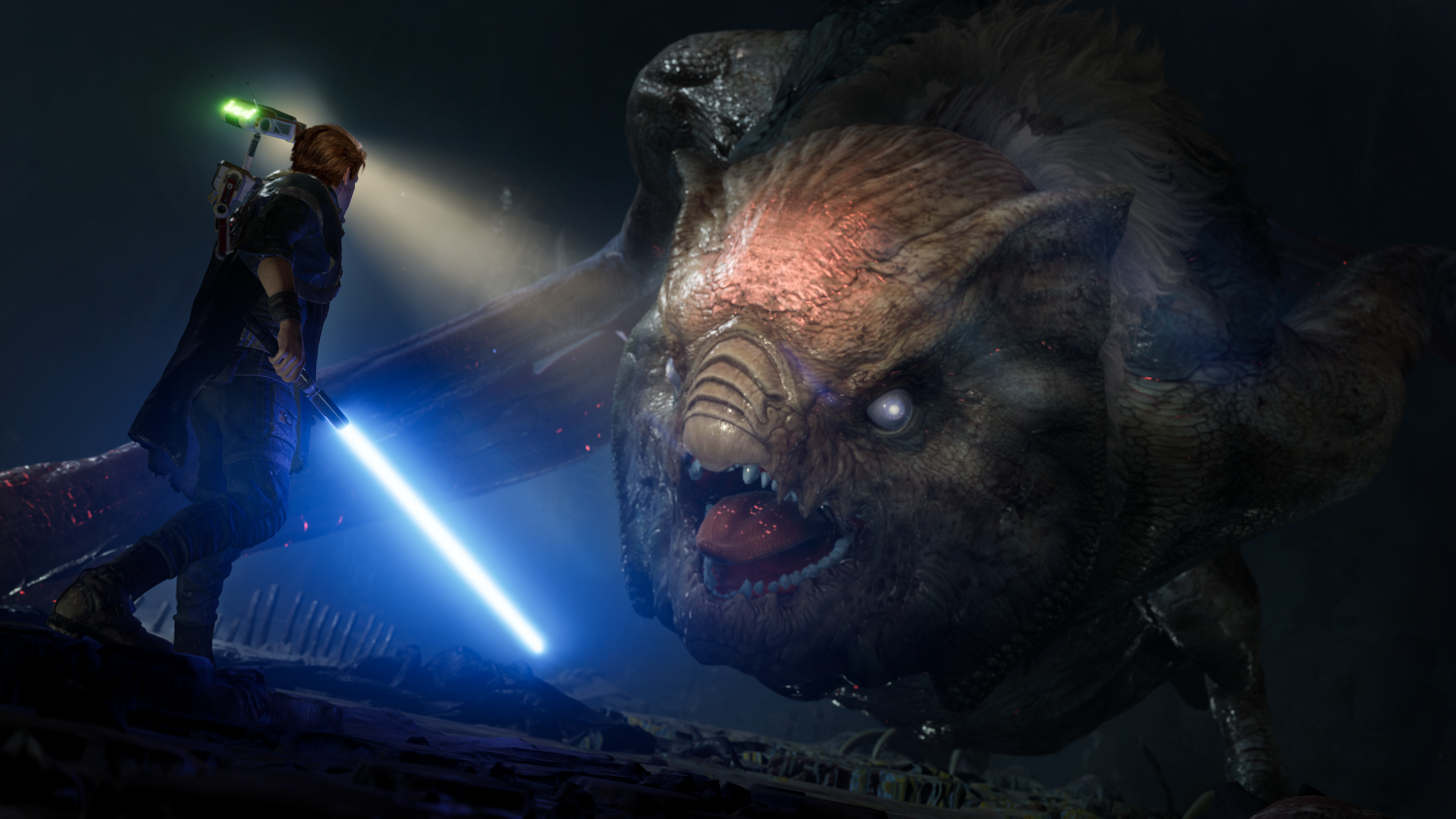 Now Is A Great Time To Get Back To Jedi: Fallen Order

Star Wars: Jedi Fallen Order was one of my favorite games of 2019. I say that without compunction, and in full knowledge that some of the game’s technical problems and other issues were a major turn-off for some players. But for me, I got a big kick out of the high production values in art, music, and characters, and a single-player Star Wars adventure is a hard thing for me to turn down.

That’s why I was especially delighted to see how much the game has improved for its recent upgrade onto new-gen consoles. After a release earlier this month, I was able to seamlessly upgrade my PS4 copy of Fallen Order to play on my PS5, and in recent days I’ve had the chance to dive back in and play through a significant chunk of the game.

While it’s easy to get lost in the jargon of these different games that have received upgrades on the new consoles, I think there are some important takeaways apparent right from the start. One of the biggest is load times. In a game in which character death is relatively common on higher difficulties, not to mention moving between various large areas, the long load times on PS4 were always an issue for me. Playing on PS5, those have been dramatically improved. I did a quick test loading into one game area on both consoles, and found my load time had been nearly halved on the PS5.

Of course, it’s more than just speed. While some of the improvements are subtle, the combination of better shadow and texture work, 4K/HDR Resolution, and overall a smoother technical experience compared to the 2019 launch has made new-gen Fallen Order a far more enjoyable game to play. Outlines are sharper. Character faces are better lit. I notice very little in the way of frame glitches, where in the original, it was a consistent problem.

And while I’m aware that many of these changes were made months ago, I appreciate that EA and Respawn have been consistently improving and adding to the game, from new accessibility features to the New Journey + mode and the Meditation Training game modes that come with it.

Fallen Order was never a disastrously broken game by any stretch, but I suspect even its development team would be the first to acknowledge it had some problems at launch. And while some of those issues, (I’m looking at you, sliding-down-hills mechanic) are intrinsic to the game’s design, many others have been quietly chipped away at and improved in the time since the original release. And if you now have access to a PlayStation 5 or Xbox Series X/S, the new-gen shine certainly makes a big difference.

If you’re like me, and you enjoyed the original release but found some of the technical elements jarring, now is an excellent time to give it another look. And if instead you were warned away from playing this Star Wars game back at launch, and you never gave it a try, I’d recommend giving it a shot. At a dramatically reduced price on most digital and physical storefronts, it makes for a great summer getaway into a fictional universe we all like to revisit.