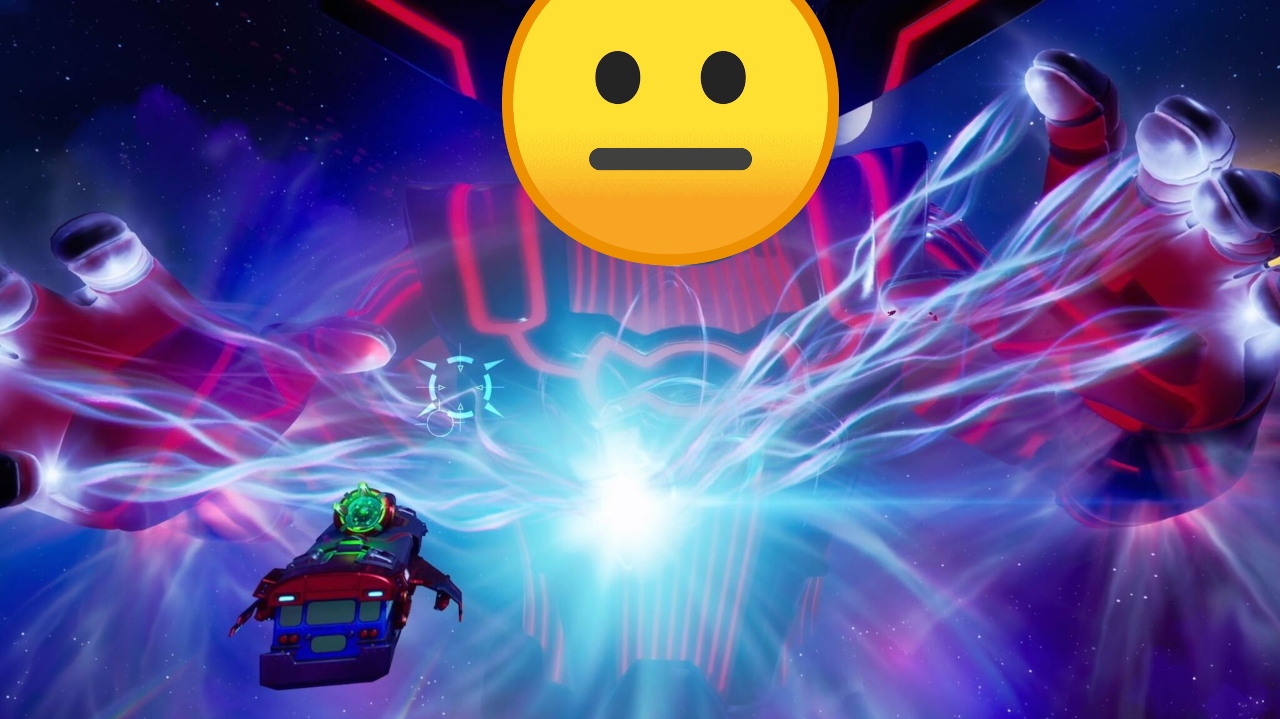 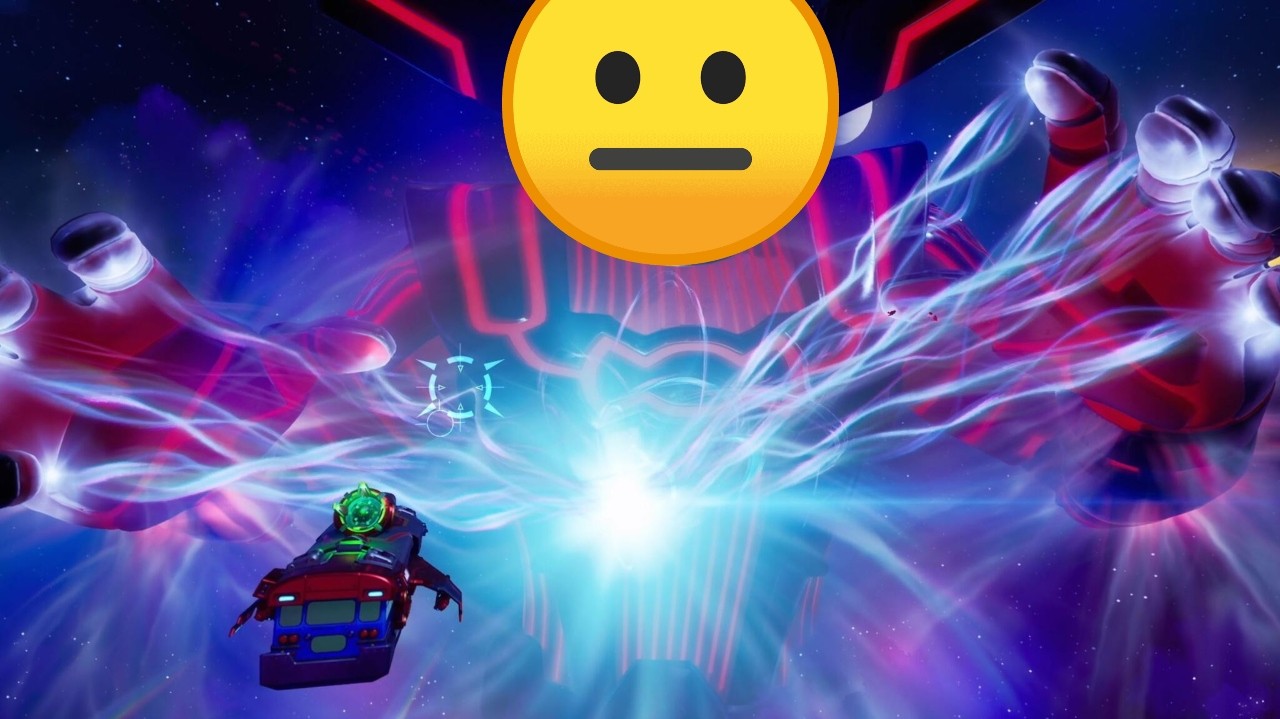 The closure of the Fortnite Nexus War season has been a huge point of hype for players, especially coming off of the heels of that insanely good Travis Scott in-game concert (seriously, I'm not even a fan of his music but that was incredible). So when it was confirmed that Galactus was going to be what this particular closed on, players were primed and ready with front row seats to the latest event. So how was it? It was fine.

The event itself centered around the mighty Galactus making his slow emergence from the water, before basically screaming in player faces to let them know he means business. That business was not as cool as it should have been, because basically it was just stand here, hold down this button, and that's a wrap, have a nice day.

OK, so there was a little more to it than that. After he sends players into the game's map, they meet up with Iron Man who gifts them with a jetpack to confront the enemy. Sitting amidst a sea of busted up battle buses rigged with explosives, the end-season narrative then shifted into having Galactus ingested said battle busses. Mega Marvel Boss Go Boom.

As far as plans go, it's not bad. Players were then tasked with taking out Gatherer drones in order to put the rigged busses in his line of sight. From there, players were seen going into his mouth, blowing him up from the inside, only to hear the ringing of a telephone as Agent Jonesy wakes up and the screen fades to black.

To round it out, the confirmation that Season 5 will begin in roughly eight hours following the event's end was given and players were sent on their merry way.

The good news is that this "eh" event is just the start of something much bigger, as stated by several Epic Games members. The Nexus War was just a small part of what's to come, with even more Marvel crossovers on the horizon.

What did you think about the Fortnite Nexus Wars end of the season event? Am I wrong and it was a lot cooler than I seem to think it is, or are you on the "it was fine" battle bus with me? Sound off with your thoughts in the comment section below!