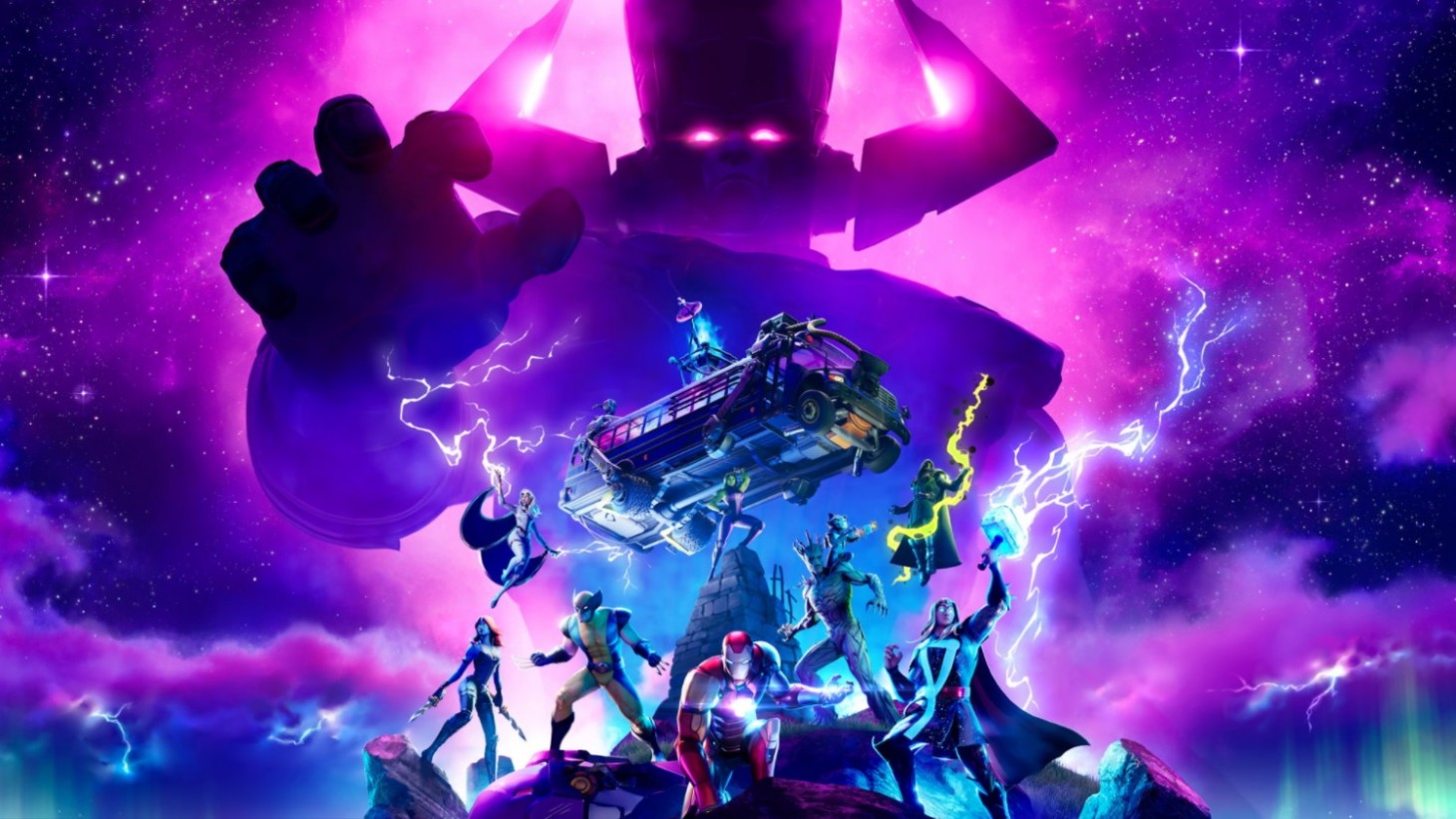 Epic Games has pulled back the curtain on Fortnite Chapter 2 Season 4, revealing Nexus War. This Marvel-focused season injects several heroes and villains into Fortnite with an overarching story of stopping Galactus, a cosmic entity known for devouring worlds.

Thor, the god of thunder, uses the Bifrost to bring together characters like Storm, Wolverine, Mystique, Doctor Doom, Groot, She-Hulk, and Iron Man to stop Galactus from devouring the world of Fortnite. The description on the official Fortnite website mentions being able to use super powers like Doctor Doom's gauntlets, Groot's bramble shield, Silver Surfer's board, and more arriving as the season progresses.

In addition to the characters of Marvel arriving, several locations have as well, including Doom's Domain, Sentinel Island, and a helicarrier. Iron Man's arrival also signals a new Stark Industries energy rival for players to use, as well as Stark Supply Drones you can shoot down for a delivery of weapons and hero abilities.

Fortnite Chapter 2 Season 4: Nexus War runs now through November 30. You can see the two trailers for this season below.