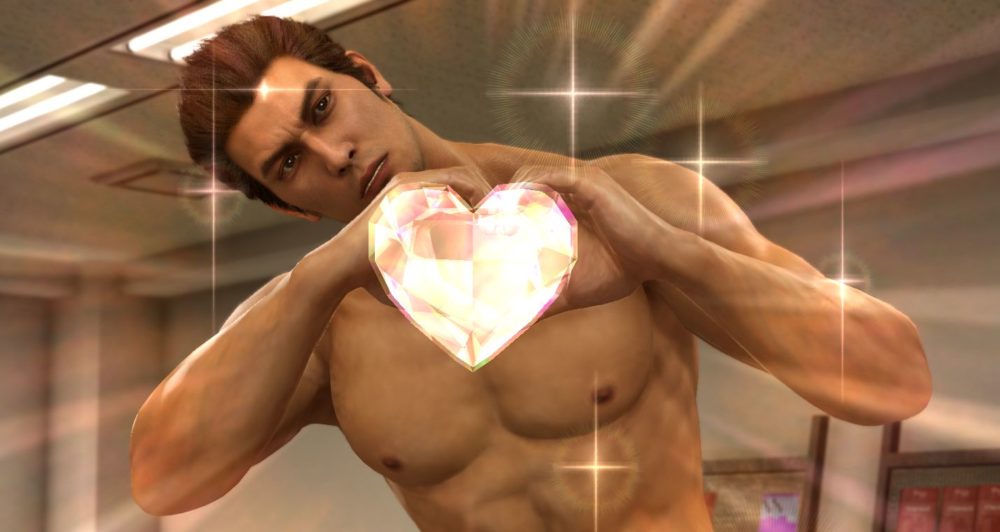 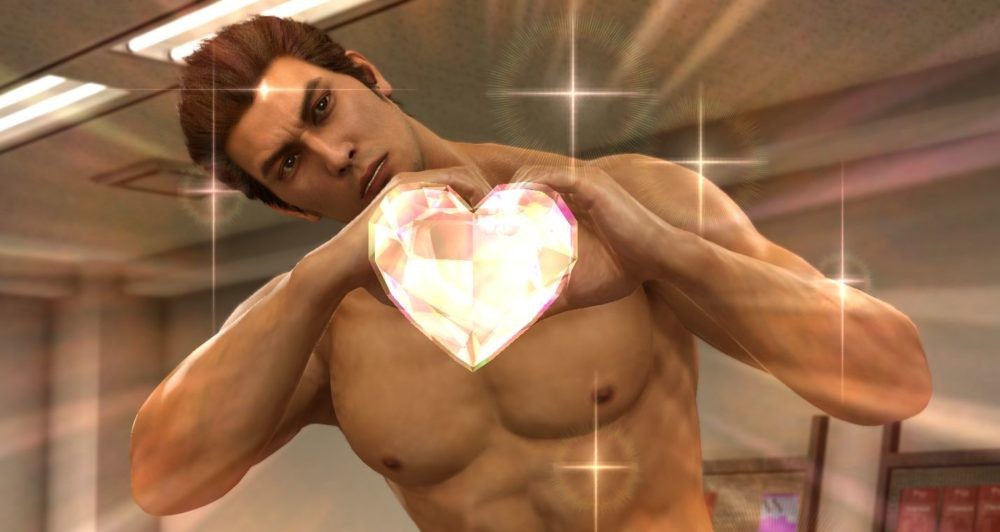 A new Yakuza live-action movie is on the way from Sega, 1212 Entertainment, and Wild Sheep. While we've already had one film adaptation with 2007's Like a Dragon, the news was exciting for many fans of this iconic franchise. With no official information about what the upcoming movie will be focused on, we couldn't help but to already start up our own wish list of who we would like to see play some of our favorite characters.

Assuming that the upcoming live-action adaptation will follow the core franchise and not act as a spin-off, we first need our Kiryu! So, without further ado, here are our dream picks for who should be cast in the upcoming Yakuza movie from Sega.

Kazuki Kitamura originally played Kiryu-san in the Like a Dragon film, and looked the part if you squinted one eye and closed the other. But there was something about his performance that didn't quite fit.

Instead, how about we try some Simu Liu on for size? Liu is a Chinese actor most known for his work in Blood and Water, the Taken TV series, and most recently Kim's Convenience. While his acting chops are varied, he also has that quiet strength that Kiryu has with the underlying pure chaos that comes out from time to time. 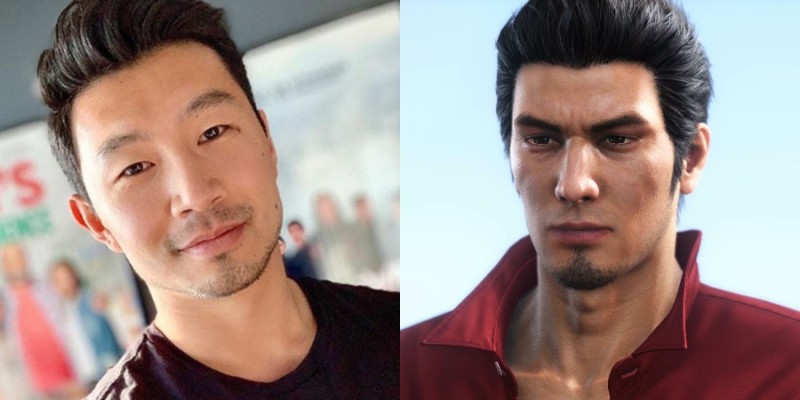 He can do comedy, but he also has quite a few dramas under his belt. When he gets serious, he harnesses some major Kiryu vibes. He's not a dead ringer in the face, but that didn't stop the casting of Kitamura either, so I think it's OK.

Haruka Sawamura does a lot of growing up in the Yakuza franchise, and we're first introduced to her as a young pre-teen. We eventually see her grow up and evolve through numerous stages in her life, from being a pop star to becoming a mother. 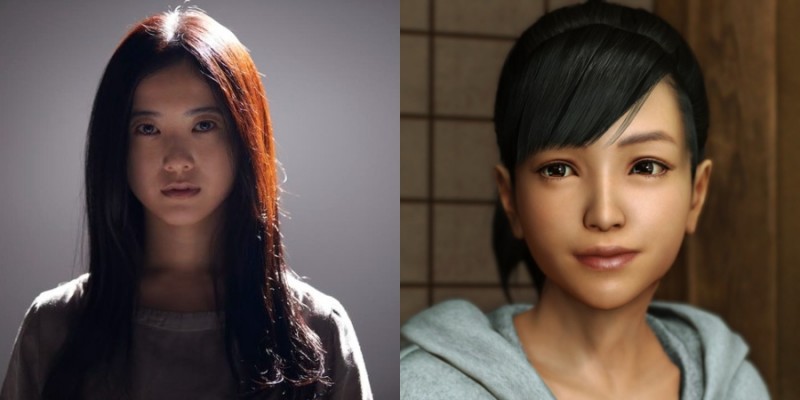 Snakes and Earrings actress Yuriko Yoshitaka was born and raised in Japan and has been acting professionally since 2006. She looks the part of an older Sawamura, but it's her acting history that makes me think that she could handle the many facets that this particular character shows throughout the franchise.

The Like a Dragon movie actually had the perfect Goro Majima. He looked the part, he was a pain in the butt the whole time, and he really nailed the entire vibe of this character. The actor even shares part of the character's name: He's Goro Kishitani.

Majima is another main playable protagonist from the series, and his fierce attitude earned him the nickname "The Mad Dog of Shimano." He's a leader and he is very charismatic, but his history with Kiryu is what makes him unique. Once rivals, they eventually become close friends with "Only I can kill you" hanging between them. This also has been a huge source of fan fiction in the Yakuza fandom, but that's neither here nor there.

I'm not even going to use a headshot; here's a still from when he was in Like a Dragon for reference instead: 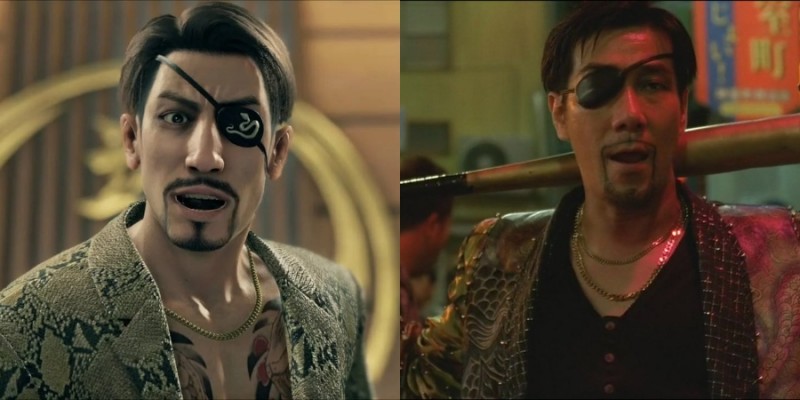 See? Annoying yet somehow perfect and we love him anyway.

Yakuza 2's main antagonist is one that I have a love/hate relationship with as a fan. "The Dragon of Kansai" is incredibly ambitious, and it's his ruthlessness that makes him either admired or downright hated. That being said, his unique dynamic with Kiryu and his love for family really makes that hate hard to stick.

His real redeeming qualities are that he has immense honor and he's fiercely loyal. The quickest way to make this man see red is to be underhanded and manipulative, or to hurt his half-sister or Kiryu. The latter is because he wants to be the one to take our main man out. 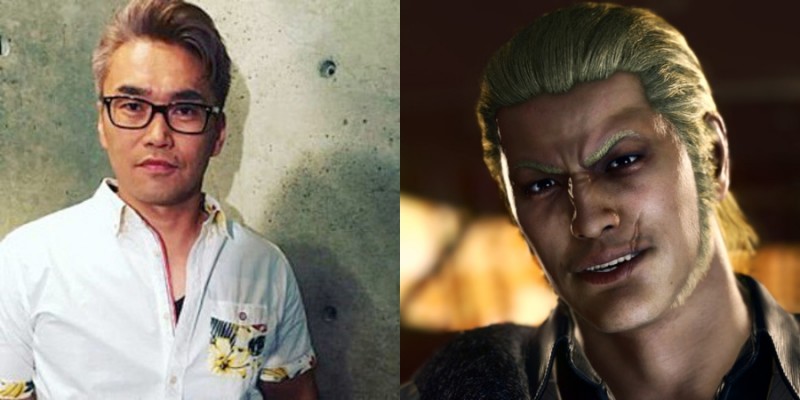 Because of his unique personality and muscled-up look, I personally feel that not a lot of characters can do him justice when looking for an exact lookalike. While his blond hair and scars make him definitely unique, I feel like his voice is where his power is and so I would like to see his VA, Masami Iwasaki, take the role. We'd have to dump some bleach on his head and rough him up a bit, but he's incredibly talented and knows every corner of Goda's mind.

Shun Akiyama is an intelligent entrepreneur, but he is also kind. He's not the typical loan shark; he's notorious for lending out money to those that have nowhere else to go, even if it means he won't ever see it back. He also provides tests for those that claim they are in need to see if they are worthy. If they fail the test, he moves on, but that doesn't mean he's cold. 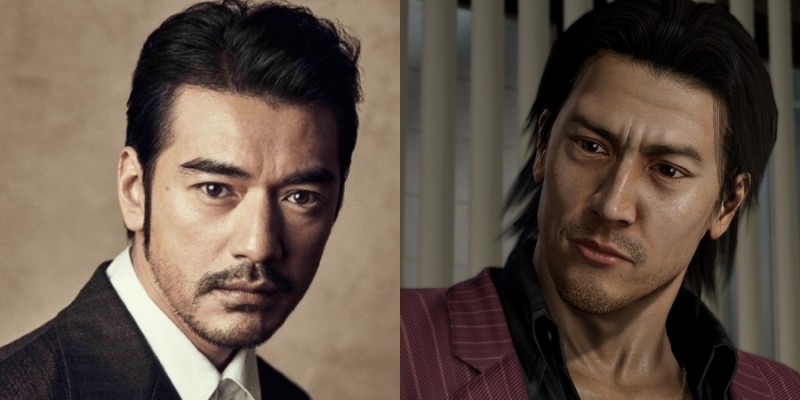 To play Akiyama, Takeshi Kaneshiro projects the sense of power that this character has without losing that selfless edge. This Japanese actor is best known for his work in Hero and Fallen Angels. Not only that, he also has a really stunning musical voice too! So basically, if they include any of the hilarious minigame components, this guy would be perfect for karaoke.

Here's the pick that is going to probably make a lot of people upset and discount this entire list. Taiga Saejima is a major character both in Yakuza 4 and 5. He's also insanely massive in size.

The thing with this character is that with certain facial expressions, he looks almost exactly like Dave Bautista. He's not a Japanese actor, and I did really want to stick to that for the most part with this list, but Bautista would make the perfect Saejima: same facial expressions, big muscles, often very blunt, can seem harsh but is really just a selfless mushball—the list goes on. 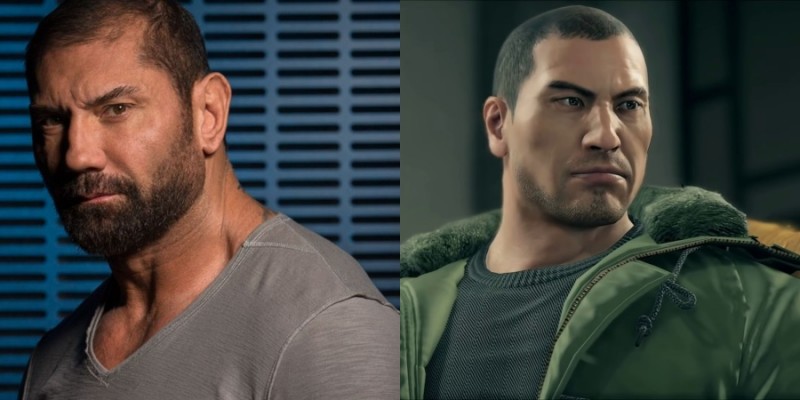 I know it's popular to not to like this guy – we saw that when he put his name in to possibly play a part in a Gears movie – but he fits the bill. I don't make the rules, it's just science.

Takayuki Yagami is an idealistic lawyer that ends up resigning over a case gone wrong. The now-private investigator is a beloved staple in the series, despite his more reserved nature compared to some of the other faces in the franchise. 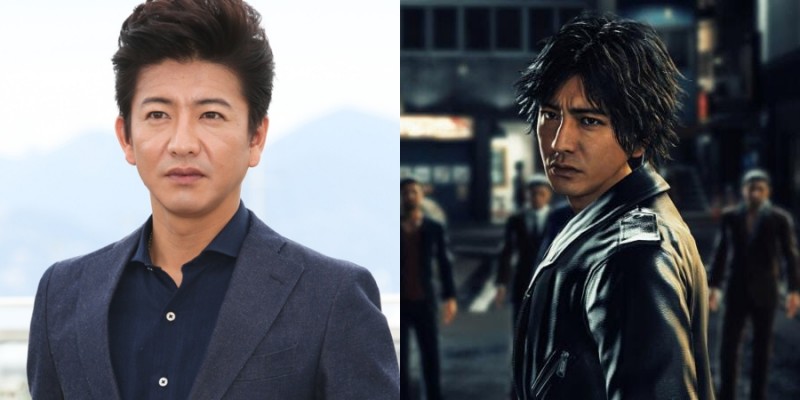 For his quieter nature, Tsuki no Koibito's Takuya Kimura would be a match made in Heaven. He's a very popular actor in Japan, especially right now, and has a strong TV drama past that could serve him well during this character's arc with resolving his feelings about his career path. Shag up that hair a bit and Kimura would be the perfect fit. It also doesn’t hurt that he, like Goro for his pick, voiced the character in-game.

And with the original movie reference being Like a Dragon (and the game of the same name coming out soon), we have to round out our list with Yakuza's newest hero, Ichiban Kasuga himself! Loyal, goofy, and easily excitable, this is one character out of the entire franchise that I relate to the most. He's also presents a very stark difference from Kiryu's more stoic style. 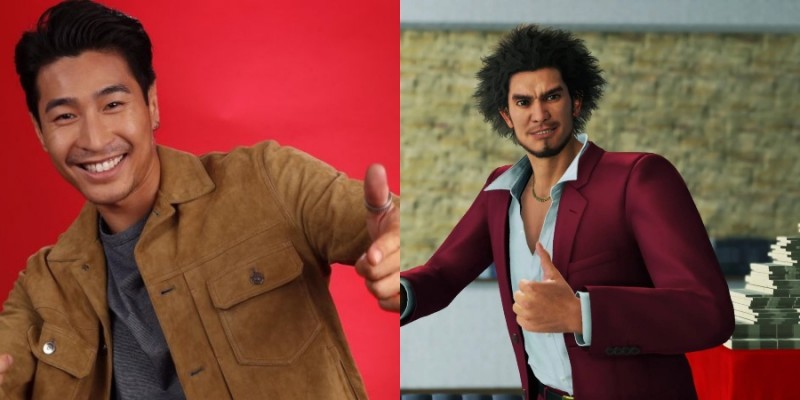 For this, role, we need a comedian; someone who is used to laughing and making others laugh with him. It's because of that humorous edge that I think Crazy Rich Asians star Chris Pang would be the absolute perfect fit. His smile is infectious, he's not afraid to get weird, and can you imagine him in a loud Hawaiian shirt? Because that just sounds amazing.

And that's a wrap! Those are our picks for who should play some of our favorite characters in the upcoming Yakuza movie! If you missed the initial reveal, you can check out our previous coverage here to learn more about the upcoming adaptation. You can also learn more about what it took for Sega to create such an incredible franchise with our deep dive here!