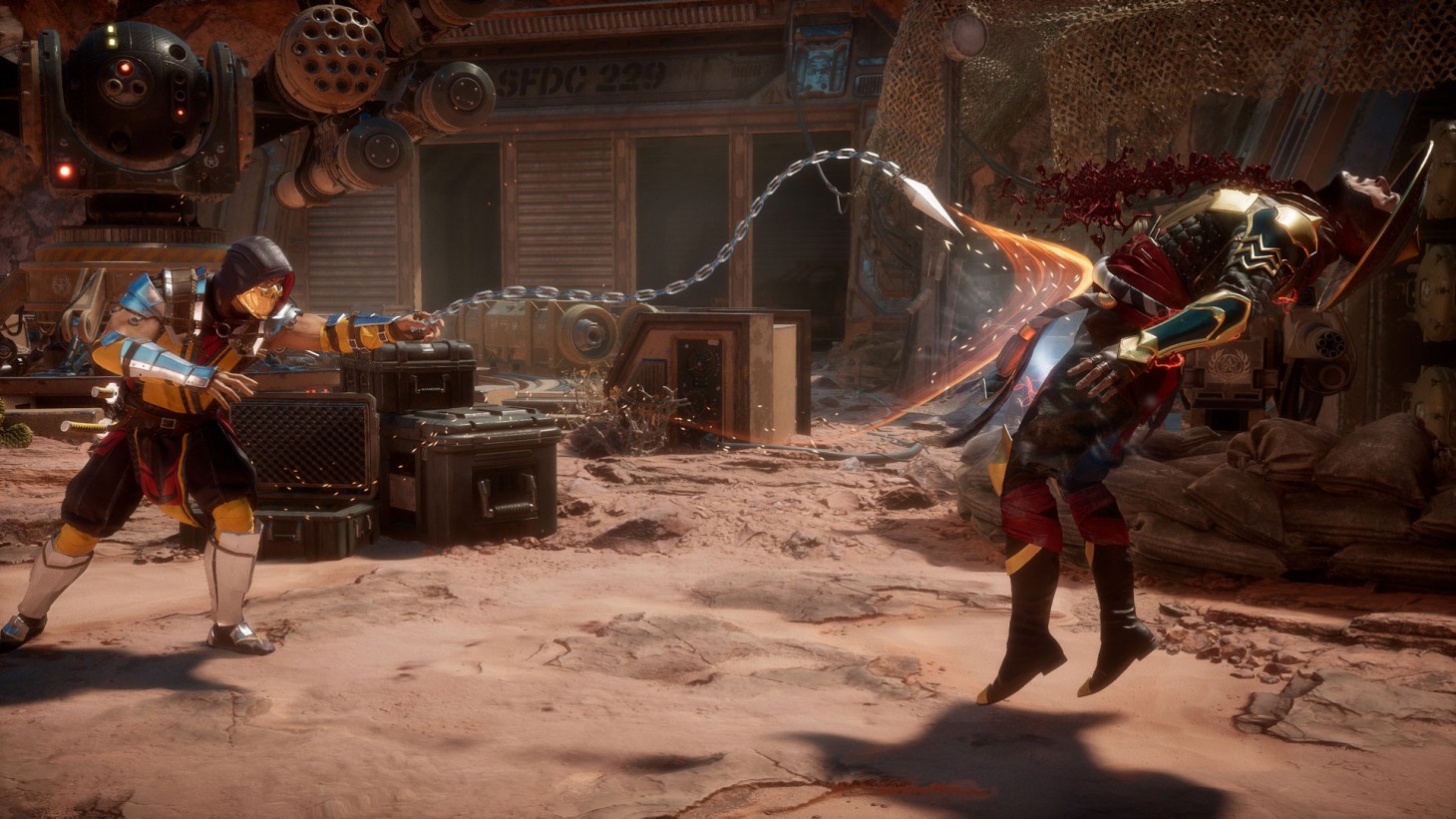 When it comes to the actual fighting, this manifests through a deep and rewarding customization system that not only lets you outfit your character in different ways (when the koin, souls, and hearts economy isn't a grind), but lets you tweak their playstyle by adding new moves that can give a character new options, or give a character’s standard moves new properties. Jade, for example, can have a high-flying projectile, a low-hitting one, or even a extra set of pole-wielding moves that makes her deadly up close. This can totally change how you play a character (see my deep dive on how Cassie Cage benefits from a pre-release version of this system here). It’s all the more disappointing, then, that this system is hamstrung when it comes to ranked and competitive play, since right now, players only have access to two preset variations if they want to take the game seriously.

Before I continue, I should mention developer NetherRealm has already made a statement on the matter, addressing some of the concerns casual and pro players alike had with the system. They are currently working on adding more preset variations to ranked, and are “looking into” allowing custom variations into competitive play. With that in mind, it feels like NetherRealm is hesitant to let fully custom variations be a part of high-level play. Here’s why I think it’s important NetherRealm set its hesitation aside as quickly as possible a let the near-infinite combinations of special moves run wild sooner rather than later.

Distilling the variety of moves available to characters into a small subset of variations curbs the experimental aspect of variations in favor of making sure no combination of abilities will break ranked or tournament play. People are still experimenting right now in the game's first week of release, but that could slow down as people begin to gravitate toward the preset ones. But while those preset variations might make things more fair, it also means players are going to focus on what those variations do best as part of learning to play a character, instead of seeing what options might be at their disposal. This could end up curbing creativity, whereas letting players experiment could guide the game's flow down a different path. Right now is a good time to see how variations work at a high level, since people haven't settled into a rhythm just yet.

These preset variations also affect low-level play. For many, playing a fighting game seriously carries a bit of aspirational aspect; even if we know we’ll never make it to the finals of a major tournament, we still like to think we could. So many players are going to want to play like the pros they see online, and if those players stick with the preset variations, then that means that any abilities that fall outside of those will be see as the “for-fun” abilities, and won’t be taken as seriously.

I understand more preset variations are on the way, but these limited variations don’t make use of an entire character’s moveset, which means some characters are limited. Cassie Cage, for example, doesn’t have her separately controllable drone available to her in ranked, which means players who want to figure out how to use it aren’t going to be as motivated to find effective uses for it. This happens with more conventional options, too; Scorpion doesn’t have his Misery Blade ability in either of this variations, and even in the beta, it was seen is one of his strongest tools for approaching the opponent.

Of course, more variations could introduce these abilities and styles in time. But that also undercuts one of the major components of Mortal Kombat 11: The freeform nature with which you can tinker with a character’s moveset. There simply won’t be enough pre-made variations that adapt to every player’s style.

With tournament players honing in on the best strategies quickly, it’s possible (and likely) people will end up sticking with whatever combinations people see as the best. But that happens in all fighting games - some moves or characters don’t see much use once a game’s meta coheres. But it’s still important for all the options to be on the table, simply because it means you can surprise your opponent with something unconventional. And from a spectator’s perspective, seeing something come out of left field is always a fun surprise.

This of course wouldn’t be an easy fix to implement. Having players go into the customization menu between every match and, depending on the tournament rules, change loadouts between matches, would make matches take longer. The most user-friendly fix for this issue would be to let players choose their respective variations on the character-select screen itself in the tournament mode. Instead of choosing a variation in that mode, you’d see a sort of light version of the ability screen. While it may take longer to choose a character, coming from an age where games like Marvel Vs. Capcom 3 had you choose three characters, three assist types, and a control scheme, choosing one character and two or three abilities doesn’t sound that bad, especially when players know what they’re doing.

Of course, the biggest issue is balance, but I’d argue now is actually the best time for custom variations to be part of high-level play; we don’t know what’s strong yet. Lots of people may have found things to work really well already, but the first few weeks of a fighting game’s life are when it’s the most volatile. Right now is when balance is the least important. If the first season of ranked or early tournaments are too chaotic due to the number of variations available, then NetherRealm can scale them back, and have more solid footing to do so, since everyone will have seen the results.

Online play would have its own share of issues. Playing casual matches, it’s hard to know exactly what you’re playing against. Since players can name their variations whatever they want, you can even be misled by the names. Ranked helps ease this issue because the variations have set names, so you know what you’re fighting against when you enter a match. This is another issue that will need a UI fix to fully implement. The aforementioned change to select your abilities on the same screen as you character could have the names of the abilities you choose prominently displayed on-screen, giving your opponent an idea of what you’re fighting. If necessary, those abilities could be displayed on screen during match using small icons.

Mortal Kombat 11’s interface wasn’t designed around having every custom move work in ranked play, and I’m positive there are number of complications with any of my solutions on from a technical level. I understand any fix that gets things right will take time. But I think it’s worth pursuing this while the general state of the game is still malleable, both in that we don’t quite know what kind of playstyles Mortal Kombat 11 will reward, and that players haven’t settled into a singular understanding of how to approach it. And with Mortal Kombat 11’s biggest draw being the ability to mold your character based on your preferences and playstyle, I think it’s worth the trouble it might cause to let the game’s greatest strength shine at its highest level.