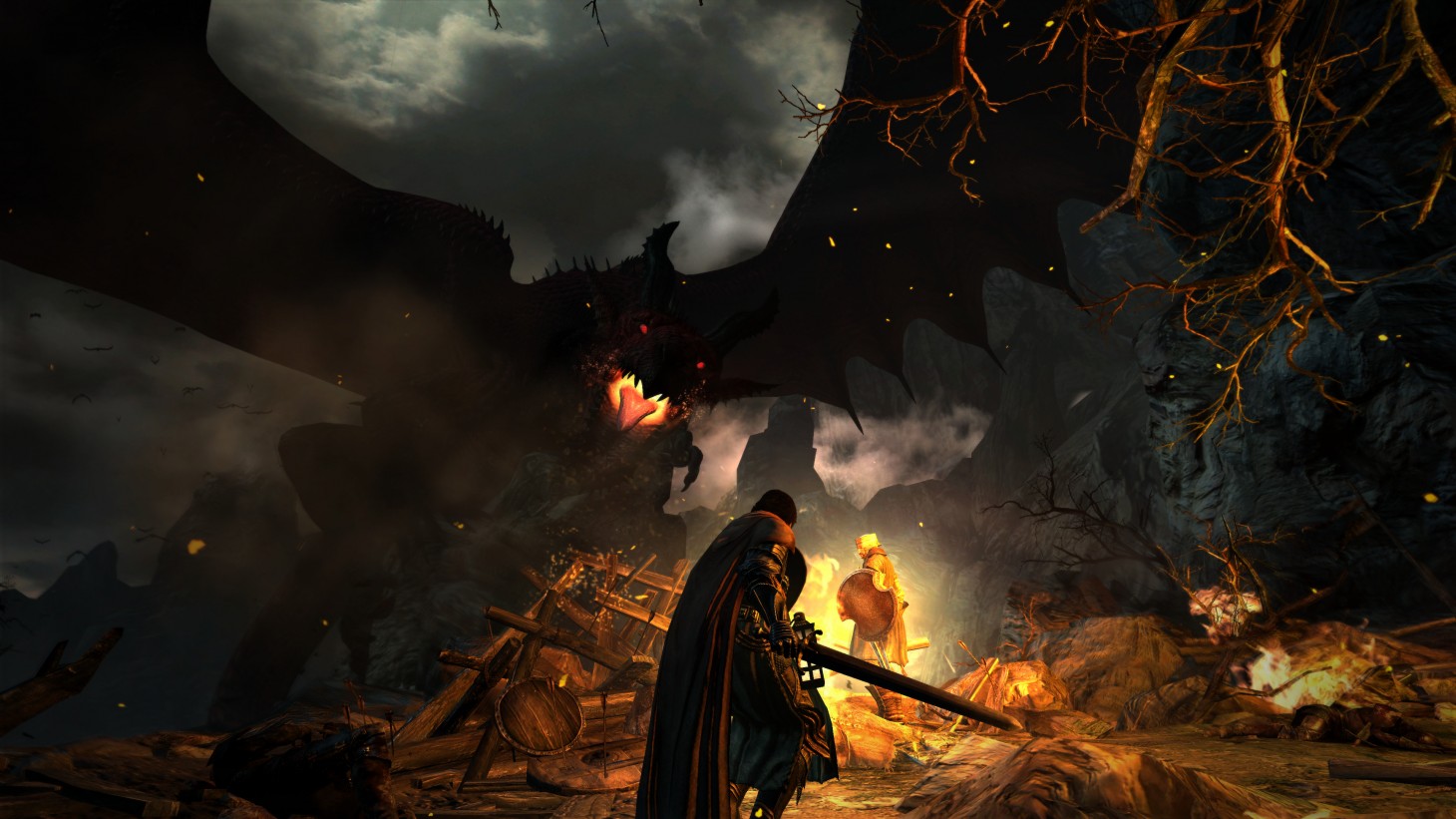 With the recent release of Sekiro, developer From Software is enjoying a fresh flood of praise for a new twist on its familiar formula. The studio’s games are successful and critically acclaimed, but personally, I’ve never quite been able to understand the reverence. I played through (and enjoyed) Bloodborne, but I also have abandoned save files for almost every other modern title From Software has made. Even so, something clearly keeps drawing me to these games, or I wouldn’t repeatedly try to play through them. But for each element I find compelling in From’s games, I fight against a counterweight pulling it down for me.

If you’ve ever had a similar experience, let me make a recommendation: Play Dragon’s Dogma.

Capcom’s action/RPG originally released in 2012, but has since made the transition to modern consoles (bundled with its Dark Arisen expansion). I’ve been playing the game again on Switch in advance of that version’s official release on April 23. Maybe it’s because of the close proximity to all of the Sekiro discussions, but this time, I’m noticing many similarities between Dragon’s Dogma and From Software’s catalog. However, Dragon’s Dogma avoids all of the problems that hold me back from loving the Souls-like titles.

Do you like From’s blend of versatile combat and build experimentation? Dragon’s Dogma has that! With nine different vocations that offer options like magic archer, sword-and-shield, and assassin, there’s something for every play style. Plus, because you can hire pawns (more on that shortly) who can compensate for your weaknesses, you never have to worry about your choices putting you at a disadvantage in any encounter. You can just focus on the fun and fast-paced combat, which blends towering beasts, cool special attacks, and spectacular spell effects. It’s less rigid that From’s games, which I appreciate. The battles are deliberate and require finesse and timing, but they're not too exacting. I should also note that Dragon’s Dogma was directed by Hideaki Itsuno, whose most recent project was the stylish-action powerhouse Devil May Cry 5.

Dragon’s Dogma also provides an excellent sense of progression. One of the things that made me stop playing Dark Souls was how static my character felt. Your stats improve, but your options don’t evolve much, which makes the gameplay feel stagnant (outside of the boss fights, at least). That doesn’t happen with Dragon’s Dogma, since you have an array of active and passive skills you can equip. You can also change your class and learn new skills, some of which transfer over to other builds, so you feel the difference every step of the way.

If the difficulty level of Souls-like games scares you off, that’s not a problem here. While Dragon’s Dogma has challenging encounters that test your skills and reflexes, it isn’t built around the concept of failure. Monsters may defeat you, but you aren’t expected to get killed again and again. If you do fall, you just go back to a previous save, so you aren’t losing healing items or watching people get Dragon Rot as you develop a strategy. After a few tries (or some time leveling up by pursuing any of the many quests in your log), you will emerge victoriously. Granted, you don’t get the thrill of persevering in the face of a seemingly impossible challenge. But you do get to grab giant dragons and griffins and hack away at them as they flail around, which provides a different and less punitive kind of satisfaction.

Many of From’s games feature sad worlds on the brink of destruction (or past it), with dangers hiding everywhere. I like that, and the world of Gransys has a similar flavor, balancing the weight of consequences with the freedom of exploration. If you’re careless, NPCs can die. If you’re not diligent about quests, you can miss or fail them forever. At the same time, Capcom gives you enough direction to point you toward cool locations and moments without holding your hand, so you don’t feel like you miss anything important. By contrast, From Software’s games are a bit too obtuse for me. I don’t mind a subtle story, but making players compare notes and sift through disconnected item descriptions doesn’t really count as a conveying a narrative in my mind. I prefer understanding the stakes as I’m playing, rather than piecing them together after the fact. 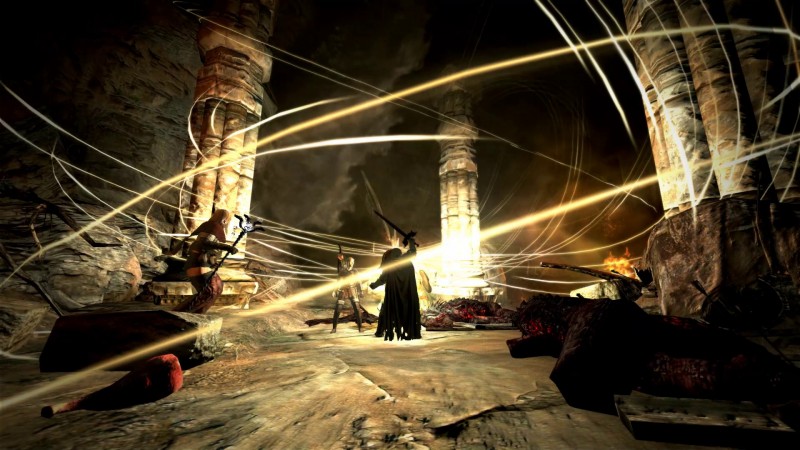 Do you want a social element to your game, but without people invading your world and killing you? The pawn system in Dragon’s Dogma is basically a perfect solution to this problem. Every player (including you) creates a pawn – essentially an A.I.-controlled ally with access to the same classes/abilities as the player characters. That pawn is uploaded to a server (including its appearance and personalities), allowing players to share their pawns’ skills and knowledge. You get rewards and gifts if players use and like your pawn, so everyone wins. For a player like me, this is an ideal way to include a multiplayer element without interfering with the core action/RPG experience I’m after.

Look, maybe you love From Software’s games. If they are exactly what you want, great! Keep playing them! I’m not saying the studio needs to change its approach to suit my preference. This isn’t about those games being bad; it’s about Dragon’s Dogma being good in similar ways, but also being different in the right ways. Dragon’s Dogma gives me everything I like about From Software’s games – careful combat, a cool world, and a sense of discovery – but without any of the baggage that comes along with it.