In this age of scaling difficulty and dumbed-down gameplay, I appreciated Dragon’s Dogma for its uncompromising vision. Capcom created an action/RPG where you could easily wander into places you didn’t belong, and you would die. When the sun came down, tougher monsters awoke and if you weren’t prepared, you would die. Also, you could scale giants and battle them while scurrying across their bodies. Or you could throw your allies off cliffs. While Dragon’s Dogma wasn’t for everyone, it provided a great time for people willing to meet it halfway. Capcom isn’t capitulating with Dragon’s Dogma: Dark Arisen, but the expansion provides a good launching-off spot for new players and additional adventuring opportunities for veterans.

Bitterblack Isle is Dark Arisen’s main draw, a cursed island home to a massive dungeon, thankfully off the shores of Gransys proper. While you could conceivably drag a fresh new face to its depths, you’re going to want to bring a leveled character if you hope to survive. Capcom recommends your hero to be at least 50, and after facing off against some of the new enemies, I’m inclined to agree. My favorites include the Gore Cyclops, a towering beast protected in spiky armor – a twist that requires players to mix up their typical scale-the-baddies approach to combat – and an even larger variant of the Beholder-like Evil Eye. Death pops up from time to time, too, putting unsuspecting adventurers to sleep and killing nappers with a single scythe swipe. I appreciated how cool his swirling, foglike robes looked, but learned to give him a wide berth.

Dragon’s Dogma took its share of lumps for the way it handled fast travel, and Dark Arisen makes concessions in that department. There are now three fixed locations that players can warp to (compared with the one that players used the majority of the time in the vanilla release), which should alleviate some of those complaints. I enjoyed hoofing it across Gransys, and I felt that I was getting to know the place instead of just warping via a series of menus. If adding a few portals is enough to get more people into the game, however, I’m all for it.

Some quests that originate from Bitterblack Isle populate Gransys with new creature types, but most of the new content is corralled offshore. For instance, I took a mission that sent me back to Soulflayer Canyon, which was home to a new not-so-friendly face.

Dark Arisen is a great expansion for a game that was already loaded with content. If you’ve beaten the game and moved on, there’s enough new stuff to explore that it warrants another playthrough. And for those who are looking for a quirky RPG with epic moments (and pig-throwing hijinks), here it is in one neat bundle. 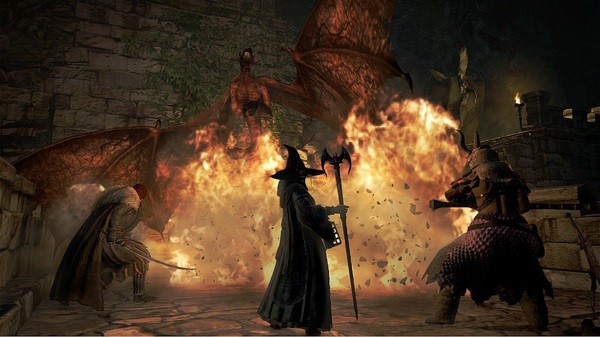 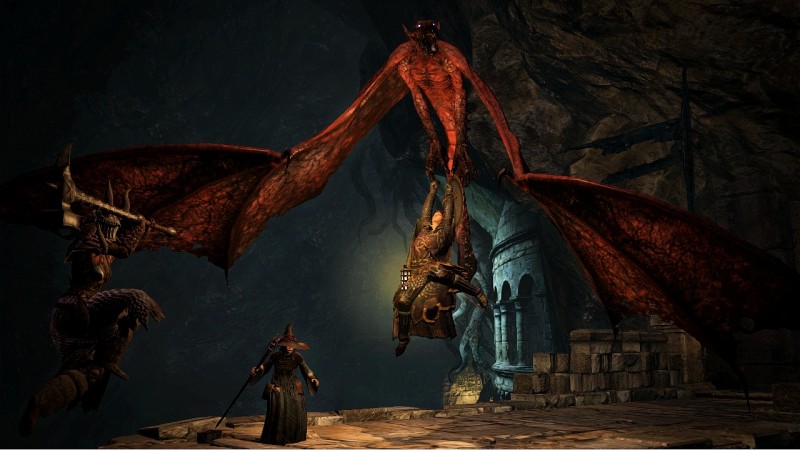 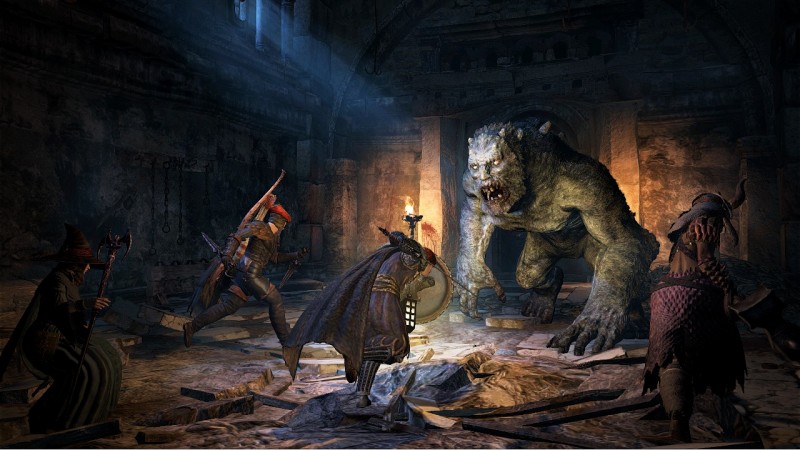 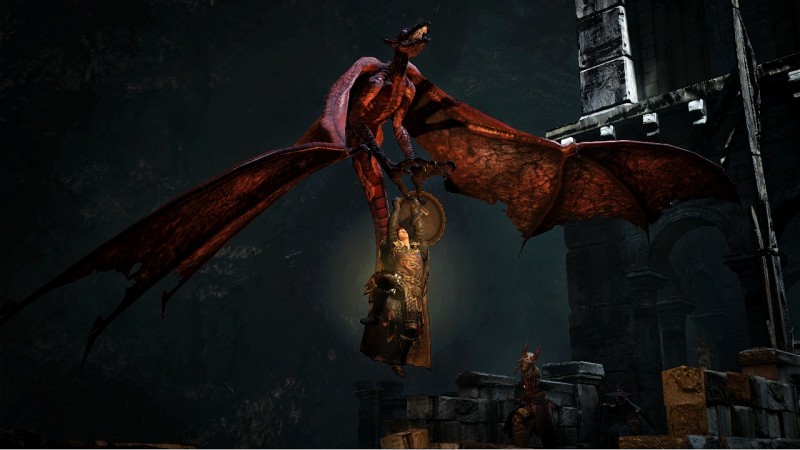 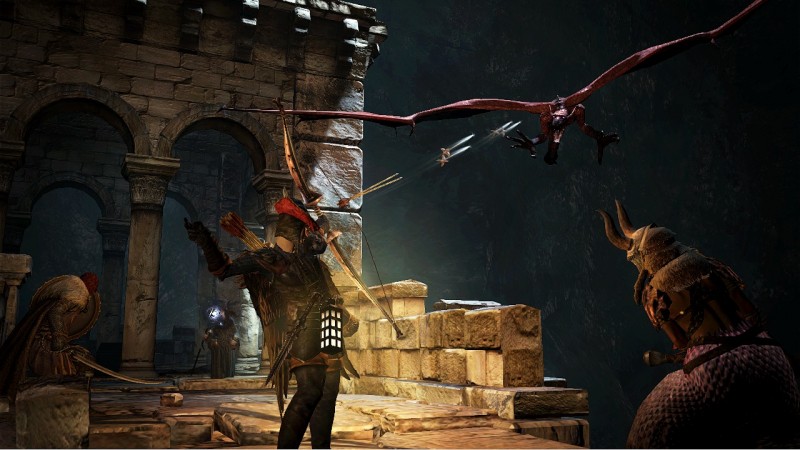 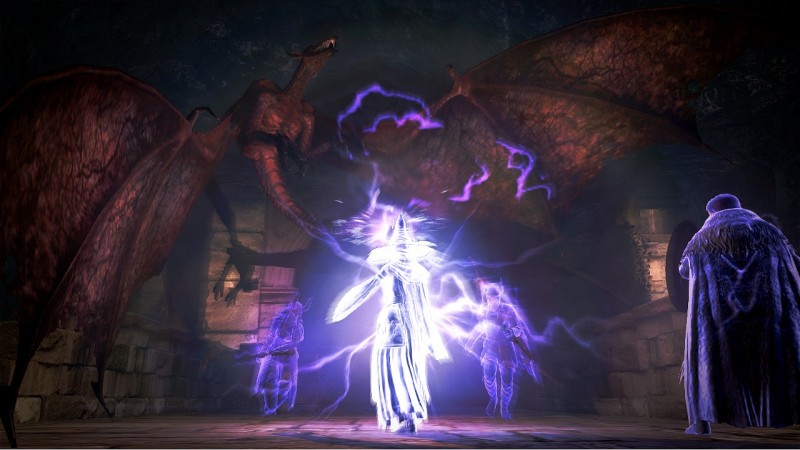 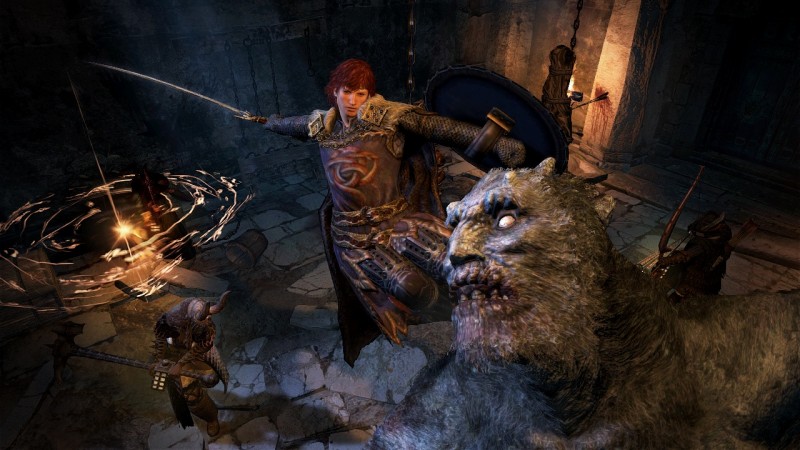 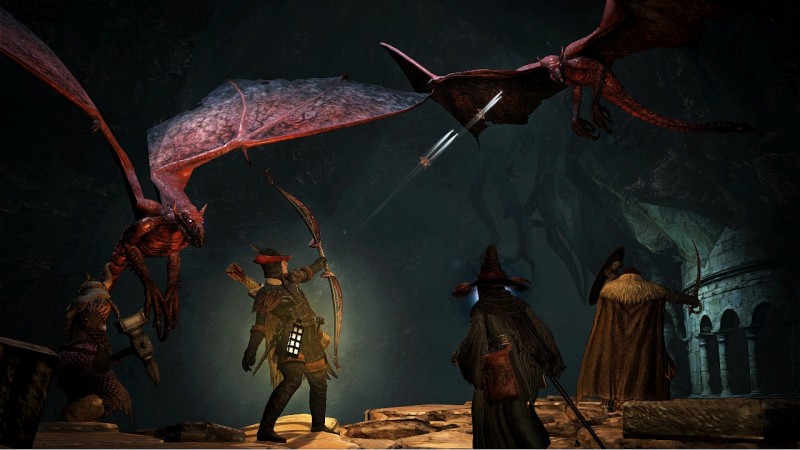 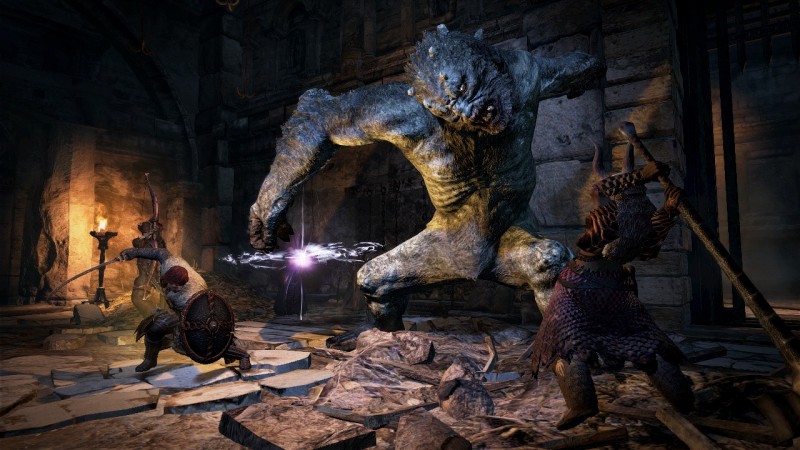 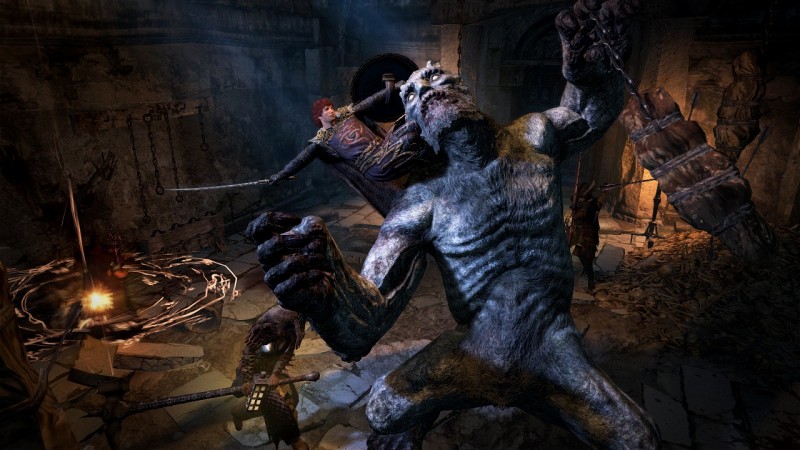 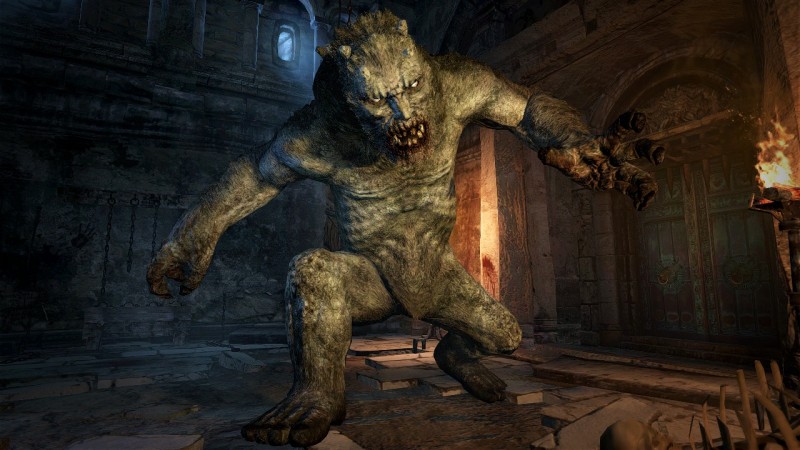 8.5
About Game Informer's review system
Concept
Re-release the action/RPG with a host of extras including additional endgame content
Graphics
Bitterblack Isle has its own unique look, but the rest of Gransys is varied and full of surprises
Sound
The pawns are still chatty, though you now have the option of hearing their original Japanese voices
Playability
Character building is deep and rewarding, and the enhancements are good for new and veteran players
Entertainment
Dark Arisen skillfully treads the line between so-called Western and JRPGs, carving out its own identity in the process
Replay
Moderately high