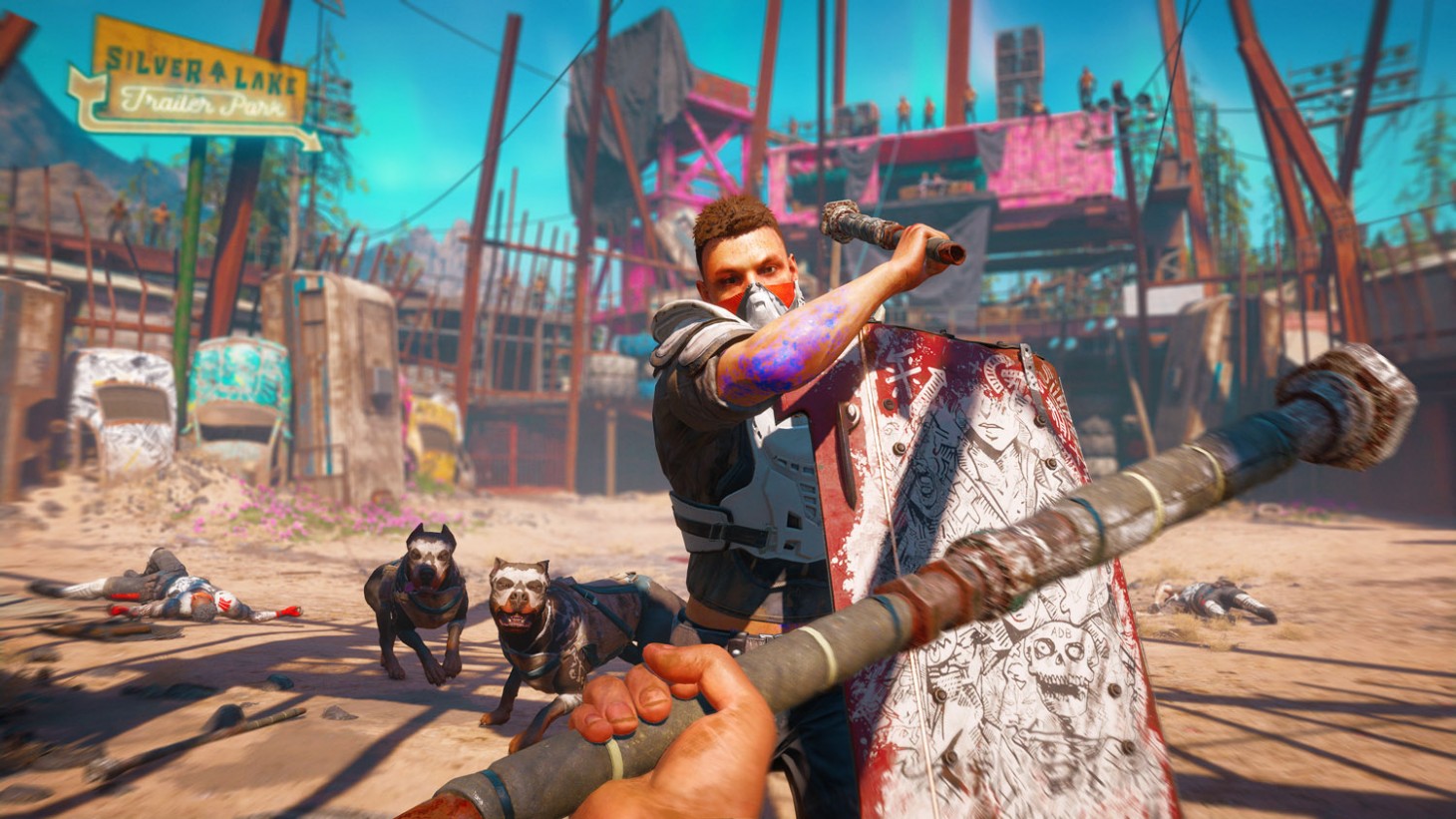 New Dawn Is What I’ve Always Wanted From Far Cry

Far Cry 5 launched last year to divisive reactions. Count me among those who flat-out did not care for the game. The series’ strong gunplay and sturdy progression system remained, but years of chasing after Vaas’ brand of villainy and edgy storytelling made Far Cry 5’s narrative nearly unbearable.  The attempts to balance wacky shenanigans with a grim story about cults and apocalypse fever were an absolute failure. In one scene, you’d be listening to dude in a man-bun recycling 50 different the-end-is-nigh monologues. In another, you’d be hunting bulls so you could chop off their testicles for a barbecue. It all just mixed like oil and water, resulting in one of the weakest entries in the series.

So you can probably imagine my own surprise at discovering that I love Far Cry 5’s sequel, New Dawn. I’ve been playing the game nearly non-stop since it released last Friday, mostly because I needed a colorful palate cleanse after the great-but-grimy Metro Exodus. What I love about New Dawn so much is that it gets rid of all the unnecessary crap that brought Far Cry 5 down. There is a story with stakes, but it never tries to push its way ahead of Far Cry’s brand of colorful, emergent violence. Whereas setting a bear on fire in an enemy camp and then watching it chew through foes felt too slapstick before, here it feels perfect for the tone. And yeah, New Dawn has another pair of Villains Who Monologue, but they’re mercifully brief – sidelined so that you can pursue what makes New Dawn (and the rest of the series) so fun.

Since the third entry, the Far Cry series has had, by my measure, one of the best progression systems in games. Becoming more powerful by overtaking enemy outposts never gets old. New Dawn’s version of this setup has you taking these outposts to earn resources that you use to craft weapons, vehicles, and upgrade your home base. You can also recycle these outposts to fill them with stronger foes. If you manage to take the outpost again, you get even more resources. New Dawn also introduces expeditions, which are standalone levels where you fly to a remote location (like Alcatraz or a theme park in the Bayou) to retrieve a package of goods from the enemy and make your way to a helicopter extraction point as endless waves of foes descend upon you. 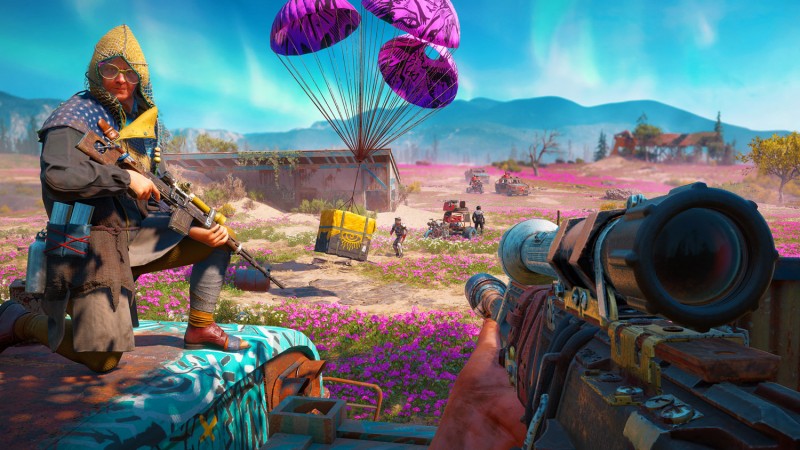 The variety of choices you have at your disposal means that taking the same outpost a second time can result in an entirely different moment-to-moment story. In the first run, you might just rush in with an assault rifle, blasting every foe you see Rambo style. However, on the second, you might trap all the alarms to explode when enemies use them and then purposely cause some noise, tricking foes into obliterating themselves as you watch, cackling. And in another, you might just throw some bait into the middle of the outpost, let the wolves and cheetahs do your work, and then clean up the survivors. Or you can just snipe from afar with armor-piercing rounds. There’s just so much entertaining mayhem to be had here, especially when you take advantage of New Dawn’s lively arsenal.

Though it might not have as many memorable weapons as Blood Dragon, New Dawn’s assortment of weapons are both powerful and hilarious. The first gun you get in the game is a launcher that fires homing buzzsaws capable of silently killing foes. Not bad for an introduction, eh? Beyond that, you’ve also got a shovel with nails pounded into it, several overpowered bows, assault rifles and pistols that use nylon bags and rubber bands as silencers, flamethrowers, throwing knives, and a rifle with a screwdriver tied around the barrel as a makeshift bayonet. It’s all kooky and ties into New Dawn’s colorful take on the end of the world.

Few games have loops that I get sucked into enough to do repeatedly: Assassin's Creed IV's pirating mechanics, MGS V's camp infiltrations, and the glorious art of killing nazis in Wolfenstein.  On a similar note, New Dawn's expeditions and outpost activities are a great combination of tactical gameplay and wacky violence to the point that I can just keep doing them over and over. I've sunk a lot of hours into doing every iteration of the expedition missions and outpost stuff, and I'm still going back on sheer entertainment value alone, ignoring the story in favor of continuously riding that loop.

I’m not saying that New Dawn is a perfect or even amazing game (in fact, I agree with a lot of fellow editor Jeff Marchiafava’s review). However, I love that New Dawn takes the elements that make the series so enjoyable and just boils it down to those essentials, minimizing the annoying stuff like awful villains  and overbearing narrative. To me, Far Cry has always been one of those series that is about the moments the player creates with the tools given to them and I think New Dawn’s minimal approach makes it one of the best showcases of that and is worth giving a chance, especially if Far Cry 5 bummed you out.

For more on Far Cry New Dawn, check out these tips here.