With news that Microsoft is bringing Xbox Live to the Nintendo Switch, as well as mobile devices, a new era of cross-platform cooperation could be at hand. Xbox and Nintendo have already shown a willingness to cooperate through initiatives like crossplay on games like Fortnite, Rocket League, Minecraft, and Wargroove, but this is another huge step toward open borders between platform holders.

Xbox Live’s install base is poised to expand beyond the 400 million gaming devices its already available on to a massive 2 billion devices with this new initiative. This obviously works wonders for Xbox’s daily active users metric that it has used as a primary tracking tool this generation, but it’s possible for it to go beyond that. Xbox has recently shown an unprecedented willingness to cooperate with other platform holders, particularly Nintendo, and Xbox and Nintendo fill in each other’s gaps in ways that are almost too perfect.

Last year, Nintendo launched Nintendo Switch Online, the first premium online subscription service in company history. However, aside from access to a small, curated collection of games from the NES, the feature suite has been remarkably similar to the free version. In the company’s Q3 financial briefing, Nintendo president Shuntaro Furukawa said they are actively looking into ways to bolster Switch’s paid online offerings. 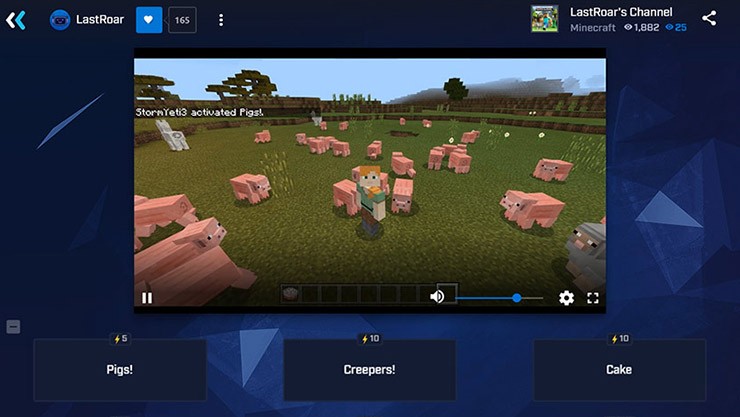 Switch players have been begging for a native streaming app. Could Mixer be the solution?

Xbox has been innovating online gaming services for a decade and a half, and for much of that time has been the consensus market leader in the console space. If the plan is for Nintendo to leverage offerings from Xbox Live like achievements, cross-buy, in-game voice chat or parties, and a much-needed rework of how Switch’s friends list works, it could be just the ticket to incentivize more players to take the plunge into Nintendo Switch Online. Maybe Microsoft can deliver a native streaming app on Switch to allow players to livestream games on Mixer.

But what if it goes beyond that? In October, Microsoft announced Project xCloud, a game streaming technology that will eventually let players play Xbox One games on mobile devices without any additional work. Many assert that streaming is the future of gaming, with reports suggesting Xbox is even readying an all-digital Xbox One. With Microsoft’s new collaborative spirit and endeavors to branch further into game streaming, could Switch also receive the benefits of Project xCloud? While many would argue the Switch isn’t powerful enough to handle many of the games, streaming them doesn’t require the same hardware requirements as playing local versions of the games. By opening the Switch library to hundreds of new games not otherwise possible on the Switch hardware, Microsoft’s Project xCloud would provide real value to Nintendo and Switch users.

In addition, Xbox has been placing a heavy emphasis on Xbox Game Pass, which gives access to hundreds of games (including the vast majority of first-party Xbox games) for a flat monthly subscription fee. Is it possible that Microsoft brings Game Pass to Switch? Not only would that give Switch users a ton of new games to play, but it would likely bolster Microsoft’s Game Pass subscriber base considerably. 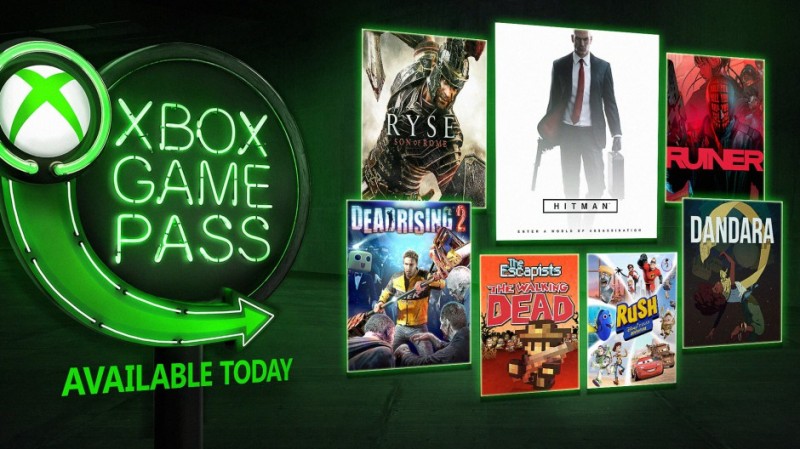 Xbox has shown that Game Pass is a priority on Xbox One, but could it be a part of a much bigger picture?

Just last month, Furukawa said Nintendo could eventually get to the point where it moves beyond home consoles. While that hardly means the company will go third-party anytime soon, it’s clear the company is thinking ahead and exploring options. If Game Pass comes to Switch and first-party Microsoft games begin appearing on Nintendo’s flagship platform, what if the river flows the other way too?

Would it be too outlandish to think we’d see Nintendo games added to Game Pass? While that may be the most farfetched idea in this speculation, it would be a way for Nintendo to dip a toe into the waters of delivering games to other systems while simultaneously softening the loudest criticism levied toward Xbox One: the lack of games. While games already on Nintendo’s platform wouldn’t be exclusive additions to Xbox’s library, being able to play some of Nintendo’s hits would make great strides toward giving the system something powerful and unique to offer its players that its chief competition, PlayStation, cannot. There’s no data or even rumors to support this thought, but if you told me three years ago that any of the collaborations between Microsoft and Nintendo would play out the way they have to this point, I think I’d react in a similarly incredulous manner.

It’s important to point out that nothing could come of this announcement (after all, how much changed when Steam came to PS3 eight years ago?) and this is all speculation at this point, but if Microsoft and Nintendo go in on multiple initiatives together, the sky is the limit. Sony’s PlayStation 4 has been an unstoppable juggernaut this generation, but Microsoft’s recent insistence on collaboration and listening to feedback combined with Nintendo’s popularity could prove enough to set the two on a course to dominance with the next iteration of hardware on the horizon.