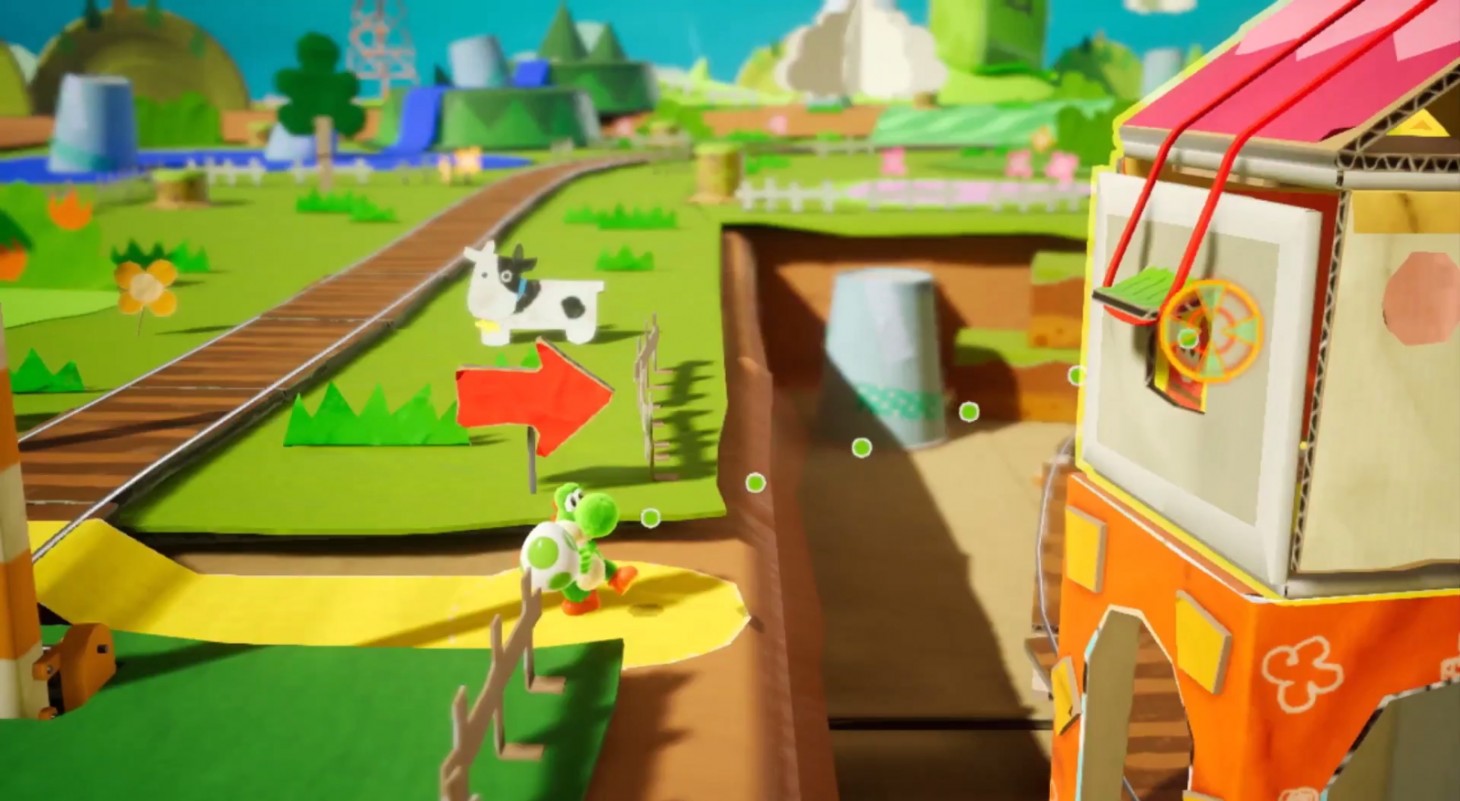 After last week's Nintendo Direct was postponed due to the earthquake in Japan, the name Yoshi's Crafted World briefly appeared on Nintendo's website. It turns out that name was accurate, as it was officially announced during today's rescheduled Nintendo Direct presentation.

Yoshi's Crafted World takes place in a world make of items like boxes and paper cups. Though the scenery is different from his more recent woolly outing, the friendly dino's moveset is familiar. Yoshi can gobble enemies and toss eggs at targets. However, that doesn't mean Yoshi doesn't have some new tricks up his sleeve. Yoshi can turn the stage upside down or flip the perspective to access new areas and even play the courses backwards.