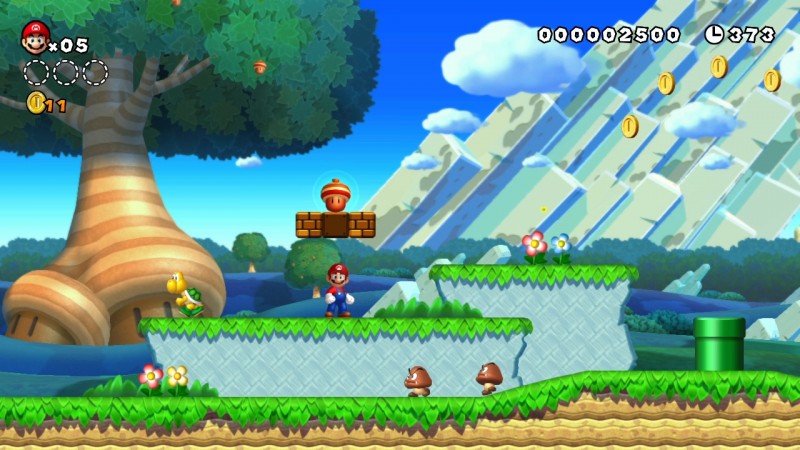 Take down Bowers with up to three friends on the Switch as the classic side scrolling 2D platformer for Wii U returns on the Switch.

Players will be able to play as Mario, Luigi, or Toad just like in the original game. However, the Switch version adds Nabbit and Toadette to the mix. Nabbit doesn't take damage from enemies while Toadette has the unique ability to transform into Peachette who can double jump, float, and get a boost back up if she falls into a pit.

This package also comes with New Super Luigi U, which was a remix version of the game staring Luigi that featured 164 more challenging levels.