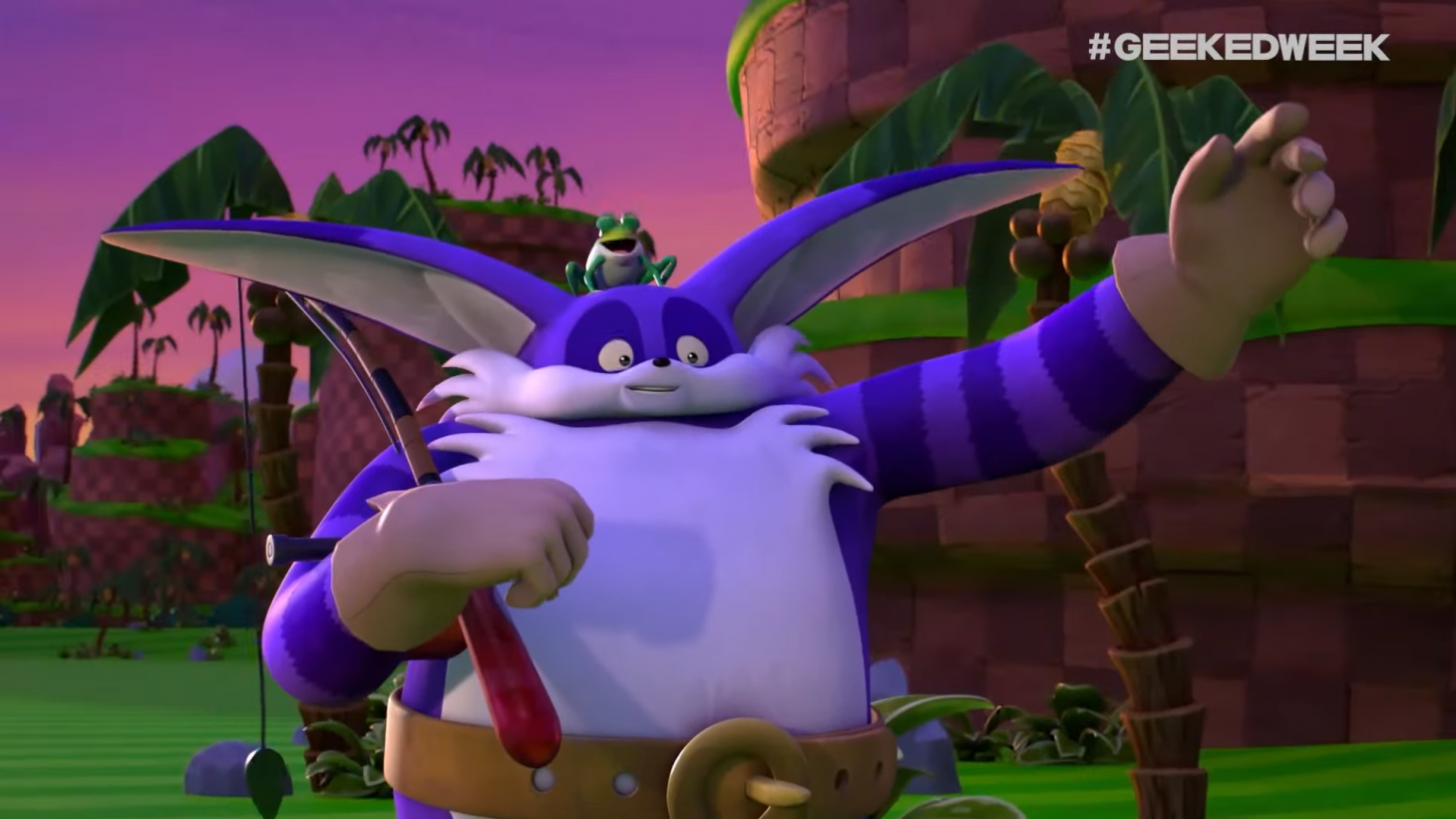 Netflix Geeked Week day five is all about games; who better to have a new trailer on hand for the event than Sonic the Hedgehog. Netflix's Sonic Prime is coming sometime in the future, and after learning a bit about its voice cast a few weeks back and Shadow being revealed during the Sonic anniversary stream the other day, we thought we'd seen the last of the animated show for now. The streaming titan had other plans, of course, with the debut of a brand new clip, which confirmed one of my favorite friends of the speedy hedgehog.

In the embedded tweet above, you can watch the 30-second trailer where none other than Big the Cat from Sonic Adventure and his best friend Froggy are introduced. Sonic spins the iconic (yes, I said iconic) duo as he dashes through the Mobius environment...and then they go their separate ways so Sonic can save some of their friends. It was yet another all-too-quick look at the series that's starting to shape up more in my eyes as the supporting cast is revealed. When will we see Charmy Bee and the rest of the Chaotix? Where will Nack the Weasel make his appearance? My hope is they'll show up eventually.

Sonic Prime is still in the "coming soon" camp of releases at Netflix but will be exclusively available on that platform when it releases.