Substitute Mr. X For Thomas The Tank Engine With This Resident Evil 2 Mod 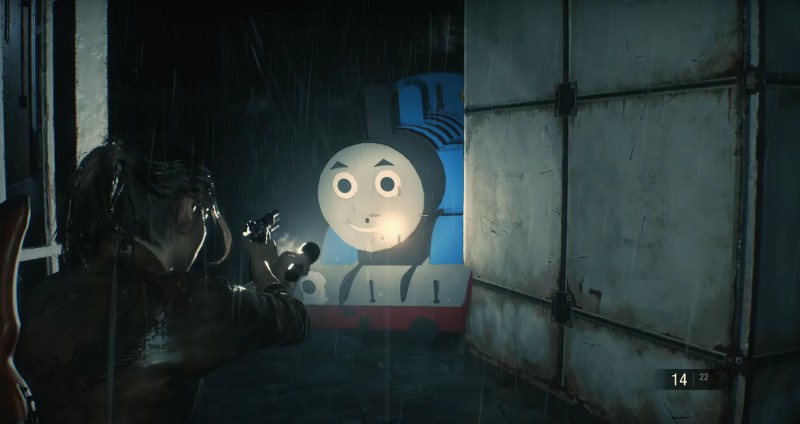 If for whatever reason you wanted to replace Resident Evil 2's insidious Mr. X with er, Thomas the Tank Engine, now you can.

With his never-ending smile, I'd say Thomas is nearly as creepy as Mr. X, but he's also pretty funny. It's ridiculous to see a bulky locomotive swing through doors and move towards you with murderous intent. Thomas' theme song plays in the background, too, adding to the ludicrous atmosphere.

You may be surprised to know that this isn't the first time Thomas the Tank Engine has invaded a popular game. Back in 2013, someone transformed a dragon from Skyrim into Thomas as well, making him a fire-breathing terror.

Watch some examples of Thomas the Tank Engine in Resident Evil 2 below.

There's now a Mr. X mod in Resident Evil 2 Remake that replaces him with Thomas The Tank Engine.

I live for this kind of shit pic.twitter.com/x3qwc2rvZ3

For more, read Kyle Hilliard's piece on why Mr. X is both the best and worst part of Resident Evil 2 by heading here. You can also read our review of the game here.