Mr. X Is The Best And Worst Part Of Resident Evil 2 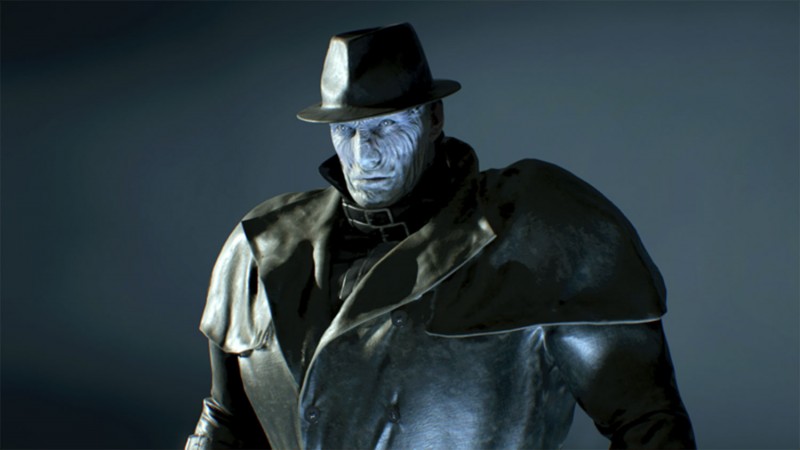 As I make my way through Resident Evil 2, I honestly don't know how I feel about him. In the original game, he was scary, but I don't remember him being such an abominable force. I scrapped with him a few times back then and eventually defeated him, but something about the design change and his deafening footsteps as he stomps through the station make him so much more imposing in 2019. When he bursts through the door, my heart stops, and I hope against hope that I don't get backed into a corner, even though I somehow always do.

Then there are the separate moments of elation where I finally find whatever thing I need and I head straight to the room where I need to use it, and he shows up. In those moments, he's like a kiosk employee at the mall trying to sell me overpriced hand-lotion when I just want to get a pretzel. I do my best to avoid eye contact as I rush by, but he punches me really hard. Like really, really hard, and I have to crush a house plant to dust so I can ingest it and feel better.

And then there is the fedora and the trench coat, which make him look like a goofball that could break into song and start "Singin' in the Rain" at any moment. There's even a dedicated achievement for shooting the hat off of Mr. X's head, so you know Capcom was aware it stood out. 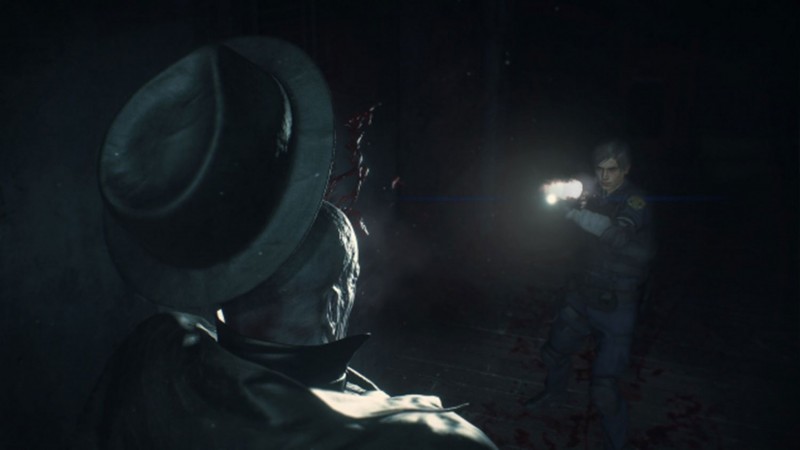 My understanding is the fedora was an element of Mr. X's original design that eventually got scrapped as the original Resident Evil 2 was reworked, so it's inclusion here is a fun callback. The hat is weird, but it also makes him scarier, especially when you shoot it off and he shows no remorse for his lost hat and keeps stomping toward you.

My feelings about him are complicated, but I managed to summarize it into an easy-to-digest Venn diagram. 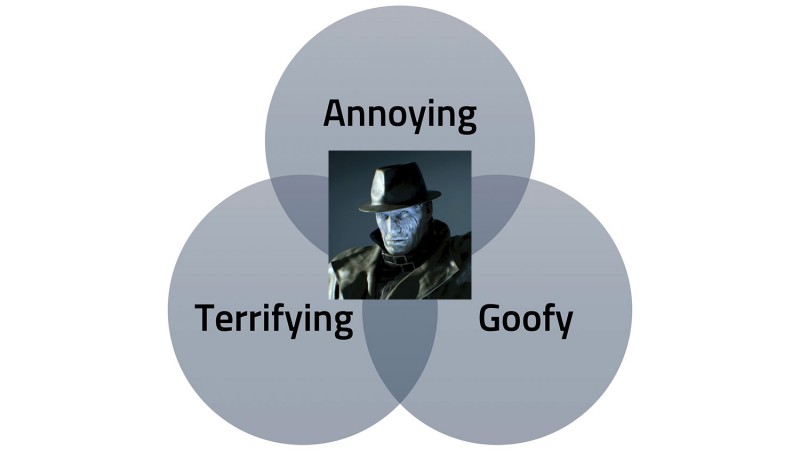 Just a heads up, I'm about to present a mid-game spoiler for Claire's campaign in text and in video.

His implementation in the game lead to one of my favorite moments so far. I haven't finished Resident Evil 2 yet, but my experience with the original leads me to believe I haven't seen the last of him, but that doesn't make the moment below any less satisfying. I saved the clip and even edited it to be a little shorter so it's all the more impactful. My fists were practically in the air when the claws came through his chest and when he fell to the ground it made me so happy.

In the end, I do like Mr. X's inclusion, but when I am actively playing the game, I hate him. He's annoying and he scares me, and also makes me laugh somehow, but when I step away and think about him in retrospect, I can't help but admire how much of a rise he gets out of me. I can't wait until he's truly dead though.