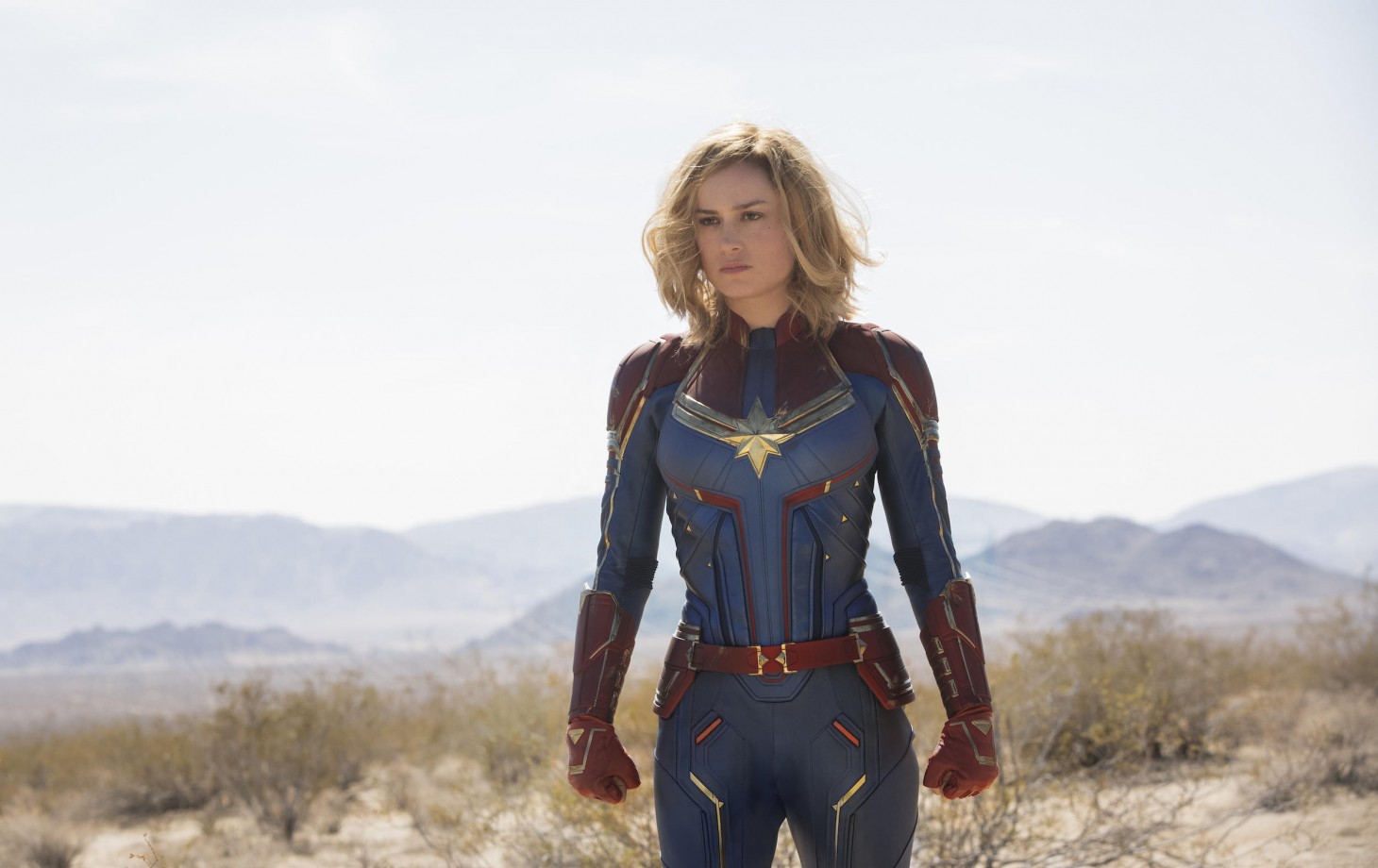 The Composer For Captain Marvel Talks About Her Favorite Games

Captain Marvel is out today, and with her presumed appearance in Avengers: Endgame just around the corner, we had a quick chat with the film's composer, Pinar Toprak, to hear what it's like writing music for a big film versus something smaller and more personal. We also talked about what it's like composing music for something as massive as Fortnite. Read our interview to hear some of her history in writing music for games or you can check out our expansive interview with Yoko Taro and the composer on Nier: Automata.

With Captain Marvel coming out, what are your plans going forward? Do you have anything you're working on right now?

I have the second season of Krypton I'm working on right now, and there's some other exciting things which I'm not allowed to talk about yet, but yeah, I keep on writing.

You've written some music for Fortnite. Where is your music is in the game?

I think my music appeared on season 3 and on. Anything that you're going to hear with a live orchestra was done by me. Most of that was in Save the World. A lot of the electronic stuff I've done, and a couple other seasons more that I've contributed music to. But then after the other projects took over, now there are other composers taking over because it's a living, breathing game and there's new content every season.

But I'm kind of on the first big batch, so to speak.

So is your is your music still in the game at all or, as new seasons come out, do they replace the music?

No, it's still in there. It's definitely in there.

You said it was this living, breathing thing. What is it like making music for something like that that changes so drastically from day-to-day?

I think that's what makes the game really successful. There's something new every day, and there's no opportunity to say, "Okay, I've done everything I could do with this game," and you're done just before your ADD kicks in.

I think that's what makes it really enticing for a lot of the players.

Did you have to change your style and how you produce music for something that's so different from a movie or television show?

Not really. I mean games are very cinematic, which means that the actual writing is very similar in terms of the story that we're trying to tell, but the thing that differs from TV or film writing is it has to be loopable. Because as the intensity increases or decreases, we need to be able to add more layers or remove layers, so thinking with that in mind from a technical point of view, it's a different process. But as far as the emotion and what we're trying to capture in the story, that's a similar kind of writing style.

And I understand this is the second video game you've worked on. You worked on Ninety-Nine Nights a while ago?

So this isn't your first experience working in video games, but it's been a little while. What would you say has changed? What's changed from then to now, and how you approach the music?

I mean the visuals are really stunning now. Technology has changed so much in video games, and in everything else the last 15 years, but the composition process is the same. That's the timeless aspect of it, and the tools that we build things [with] change, but the process of how we go about writing the music – that's still quite similar.

Would you ever want to return to doing video games again in the future?

Oh, absolutely! I had a blast with Fortnite. For me, the medium doesn't really matter. What I write music for, it really doesn't matter. I love telling a story whatever the medium is is exciting for me.

I love video games. I've always been a huge video game fan. I actually even got this custom-built arcade machine that's finally arrived after waiting for it for six/seven months. It's got pretty much every game and every console. All the classic arcade games and a lot of the other console games, as well. Unfortunately, I barely have time to play it. That's the ironic thing, but I have it.

What's your go to? If you had the time to play it, what arcade game do you play?

I love old arcade games, so on that machine especially, Street Fighter is my jam. That's kind of, if I have a little bit of time I'll just go play a little bit of Street Fighter. It makes me happy. It brings me back to my childhood.
I have an older brother, and we're both very competitive, so we would play a lot of racing games, and that ultimately relaxes me.

You also worked on Justice League. How was that compared to something like Captain Marvel? I understand your role was slightly different.

Right. Captain Marvel is my baby, so it was a very different approach when I worked on Justice League. [It was] Danny Elfman's score, and I was hired to write additional music for it, so it was more about staying true to Danny's voice, and helping him out with it. But with Captain Marvel it's every note, every nuance. It's my baby, so it's a very different approach.