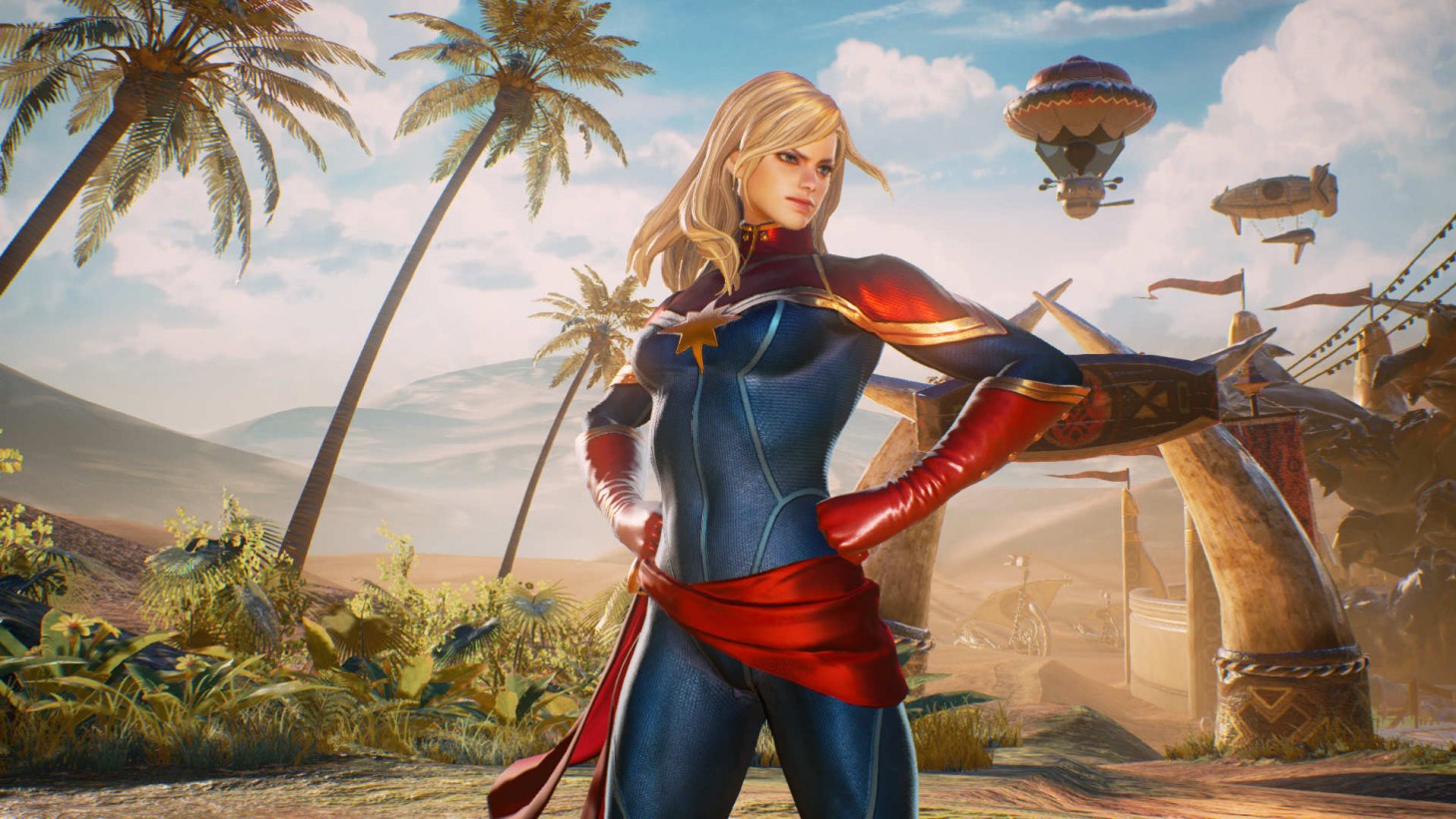 A Look At Captain Marvel's Place In Video Games

Captain Marvel is in theaters today. Had this film released in the 1990s or early 2000s, there's a good chance we would have seen a video game adaptation of it. Yes, history has shown that the movie-to-game formula has missed the mark more than hit it, but even if there was a one-percent chance of the game being good, most of us probably would have liked to see a developer try to make it.

All we can do at this point is hope Insomniac Games' Spider-Man and Crystal Dynamics' forthcoming Avengers Project will be the first pieces in a larger Marvel game universe. As for now, we just have to wait and see what happens. If the dream scenario of all Marvel games being interlinked happens, odds are we'll start to see more heroes getting time to shine – perhaps even Captain Marvel.

If you just want to suit up as her in a game now, you have a handful of options to pick from. Just know that she isn't always called Captain Marvel. The comic book origins of this character are a confusing mess of identities and ideas. We can't even say Carol Danvers is the one constant we can rely on, as Captain Marvel was someone else before she took up the mantle.

Danvers bounced between being Ms. Marvel, Binary, and Warbird, before landing the Captain Marvel gig. I urge you all to read up on her past before seeing the film to gain a true appreciation of who she is, but just know that her timeline is a convoluted mess. The same goes for Danvers' time in the video game world. I tried to nail down her entire chronology, but there's a chance I might have missed a game or two. From what I could determine, her first game appearance was in X-Men Legends II: Rise of Apocalypse. More specifically, her role was extremely limited as a non-playable character in the comic book mission "Rescue Lilandra" which was exclusive to the PSP version of the game. Professor X orders the X-Men to save Danvers from the Brood, and once she's freed, her role in the game ends. You can see her limited first game appearance in the center of this screenshot: 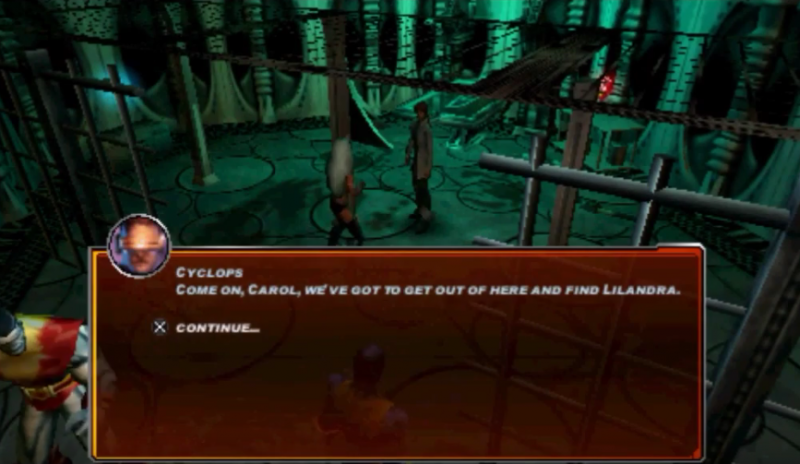 The first time gamers could control her was in Marvel Ultimate Alliance under the Ms. Marvel identity. To complicate things further, you'll find that the game features the previous Captain Marvel as a playable character. You can take a look at the Ms. Marvel mission below:

Ms. Marvel returned as a playable hero in the sequel, Marvel: Ultimate Alliance 2, and also played a prominent role in the Marvel Super Hero Squad and Marvel Super Hero Squad Online games, which were designed for a younger audience. Danvers then became a lock in most Marvel games that had decent-sized rosters. She was one of many unlockable heroes in Lego Marvel Super Heroes. In the video below you can find out how she was unlocked, and yes, that's Howard the Duck with the terrible commentary.

Danvers' first appearance as Captain Marvel appeared in the now defunct Marvel heroes. Players could suit up as her as either Ms. Marvel or Captain Marvel. Here's her Captain Marvel skin, which features the shorter hair seen in comic books at the time: 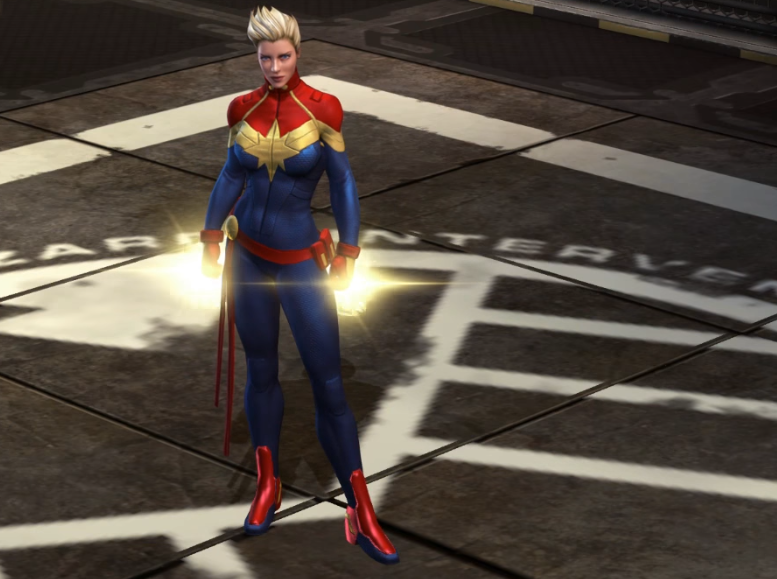 Danvers has also been in most of Marvel's team-based Facebook and mobile games, such as Marvel Contest of Champions and Marvel: Avengers Alliance. Although she now appears to be a key piece in all of the Lego Marvel games, she isn't a key player yet. Her biggest role in video games appeared in Marvel vs. Capcom: Infinite. This is also the first time she resembled her movie and current comic book counterpart.

And for something a little different, a teenage version of Danvers appeared in the Marvel Avengers Academy game. 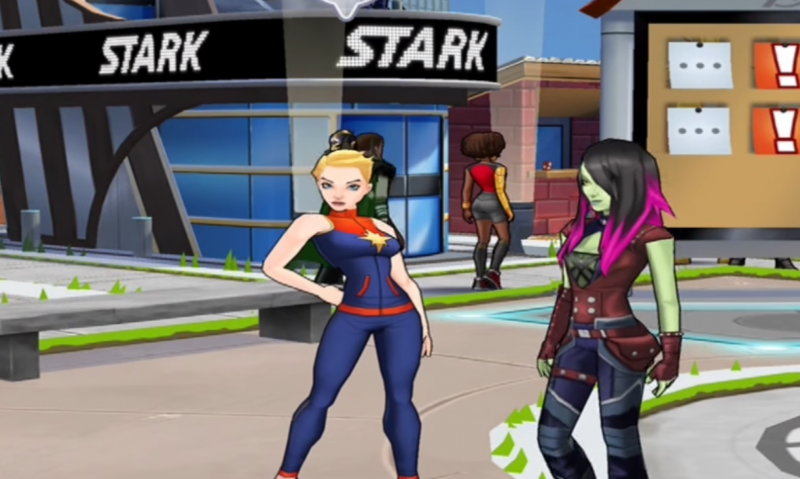 Danvers' most recent appearance in video games brings players directly into the suit. The VR game Marvel Powers United gives you the chance to fly as Captain Marvel, and even shoot lasers out of her hands. 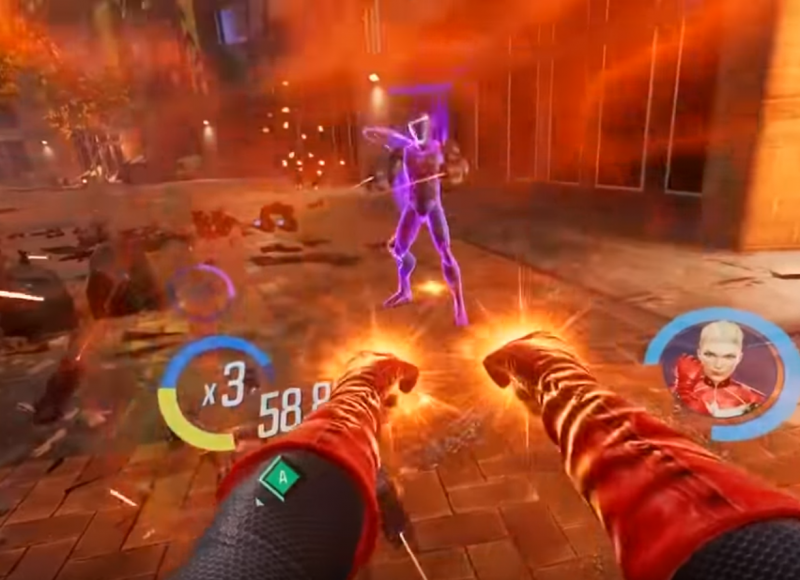