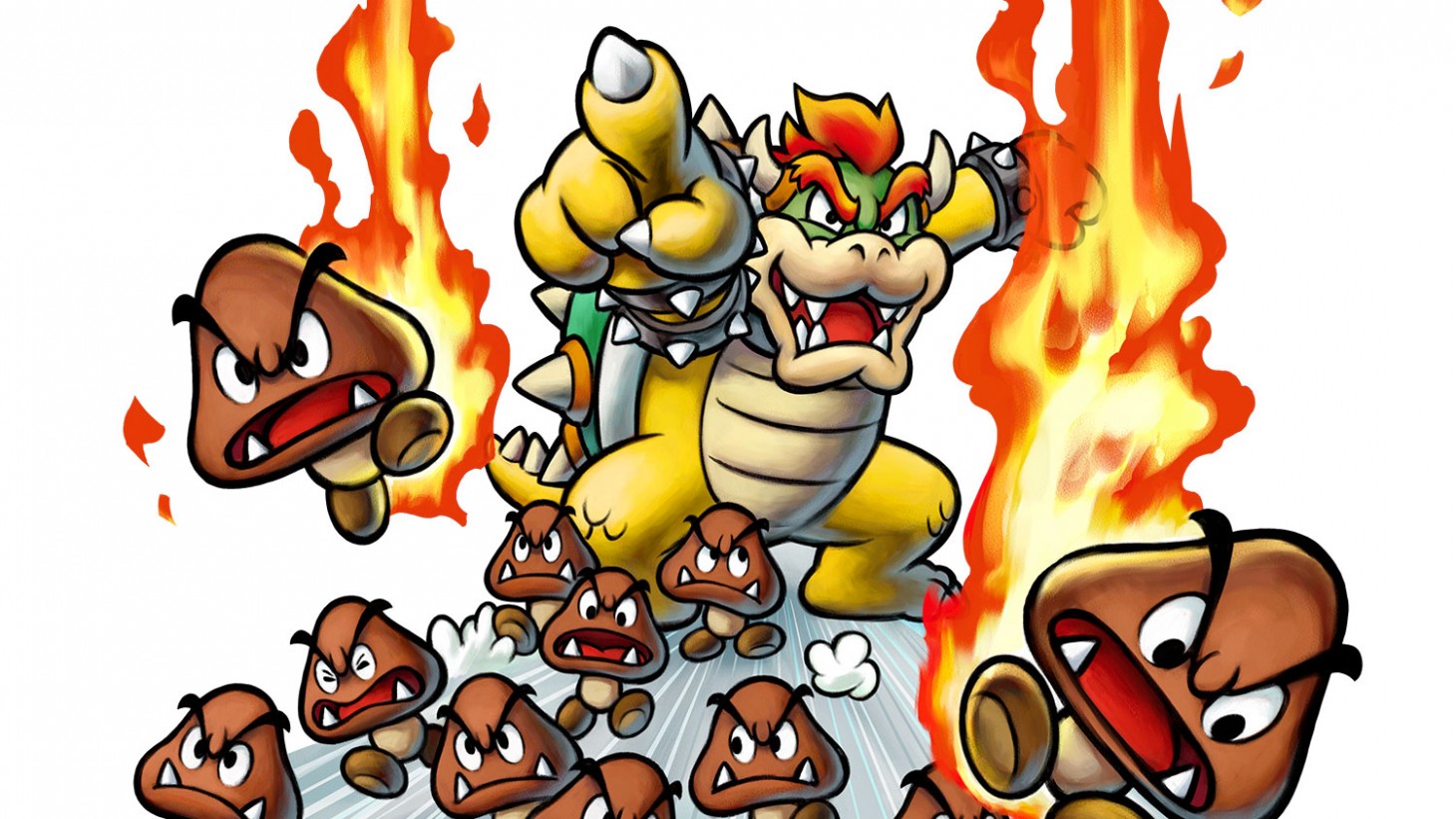 Developer AlphaDream has made five original Mario & Luigi games and two remakes in 16 years. The remake of Superstar Saga released in 2017 and its remake of Bowser's Inside Story released on Friday, January 11. In honor of the remake's release, we spoke with members of AlphaDream and Akira Otani, a producer from Nintendo, about creating the remake and its new mode, the developer's communication with Paper Mario developer Intelligent Systems, Shigeru Miyamoto's early thoughts on the series, why its first game, Tomato Adventure, never made it North America and probably never will, and lots more.

Game Informer: Bowser’s Inside Story is generally the favorite among the Mario & Luigi games. Why do you think that is?

Yoshihiko Maekawa (producer, AlphaDream): As for why it is players’ favorite, this is a really simple reason, but we think it is because it’s the first time you are able to to control Bowser, who is obviously well-known as a rival, in addition to Mario & Luigi, and the gameplay is dynamic and realized very well, also.

Why isn’t this remake on Switch?

Maekawa: It has to with the timing for it releasing on 3DS as opposed to Switch.

Akira Otani (producer, Nintendo): We did think about Switch, but we wanted to maintain the gameplay using the dual screen of the original. That’s the main reason we decided to port to 3DS. 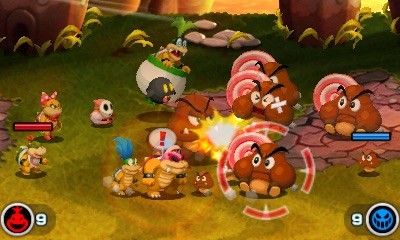 Is this AlphaDream’s last 3DS game?

Maekawa: We still don’t know that yet.

Regarding this remake and the Superstar Saga remake – why no stereoscopic 3D?

Maekawa: What we set out to do with this game was maintain the look and feel of the original and also update the visuals, as well. The 3D view of the 3DS didn’t really fit with doing those two things, so that’s why we decided to not use it.

The game has a great look, but did you ever consider a more drastic remake and using 3D models throughout?

Maekawa: What we set out to do was to update the 2D as well as introduce a very pretty way to convey the shadows, the lights and darks, in the game. That was our concept for this game. But as far as the future is concerned, we’re not completely sure what kinds of things we’ll do.

The proportions don’t really make sense in Bowser’s Inside Story. Mario and Luigi shouldn’t really fit inside of Bowser. Am I overthinking this?

Otani: [laughs] Bowser eats a mushroom given to him by Fawful and then he sucks everyone up and that’s how Mario and Luigi end up inside of him, but we didn’t really think of those details. We didn’t care too much.

One thing I can say though, is Mario is already the kind of character who can be big and small and people are used to the idea of that. We didn’t think it would be too much of a strange concept. 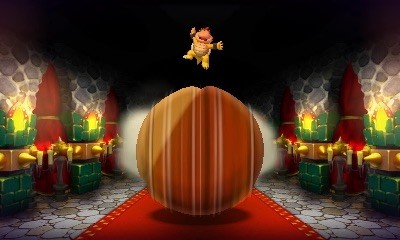 Note: We discuss the ending of Super Mario Odyssey here, so I have blacked out the question in case you have not seen the ending.

What did you think of the end of Super Mario Odyssey? Did you think, “Big deal. We made Bowser a playable character for pretty much the whole game back in 2009.”

Otani: [laughs] We didn’t think about that too much, but I guess it does make me a feel a little good that we were the first doing it.

One of things I liked about Odyssey is how Mario and Bowser ended up running together. That particular relationship – they are rivals… but are they friends? Showcasing that relationship made me smile.

I guess technically, much like Bowser’s Inside Story, Mario is inside of Bowser at the end, so you guys really did do it first.

Luigi is the perpetual loser, but he is never more of a loser than he is in the Mario & Luigi games. Is that something you take special care to try and showcase and emphasize?

Maekawa: Definitely looking at Luigi’s role in the Mario & Luigi series, you might get that sense, but it is more the sense of teasing Luigi as opposed to flat out bullying him. There are parts of him, like he might cowardly, or get the short end of the stick, but he is definitely not a loser from our point of view. When we went and looked at this game and looked at Superstar Saga, the original, we definitely thought that, "Yeah, he is getting perhaps teased a bit too much," but we definitely don’t look at it like we’re bullying him or anything like that.

Otani: You should play the next game in the series, the fourth RPG, Dream Team, and you can see how much love we have for Luigi.

Why Skip Partners in Time as you remake the Mario & Luigi games?

Otani: The biggest point was that Mario & Luigi 3, Bowser’s Inside Story, was the best received title in the series, so we really wanted to do a remake of that. And we also really liked the idea of portraying Bowser and Bowser Jr. as a parent and child in the new mode, which is similar to the mode we added to the Superstar Saga remake. Also, the character Fawful was received very well overseas, so we wanted to bring him back and we wanted to show the continued saga with him that we started with Bowser’s Minions in the remake of Superstar Saga. 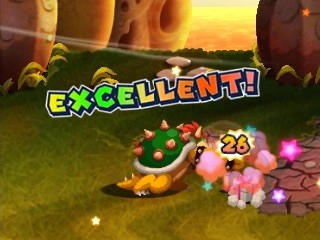 Is it exciting to remake a game you originally developed? Or does it feel like a retread of old work?

Maekawa: As far as remaking the original game is concerned, there are certainly good things and bad things about it. One of the things I believe has merit to it is brushing up the old visuals. One of the things we got to brush up was the backgrounds and improve the visuals, and that was good.

There is also the feature of the brawl system or mode of the game – the Minions/Bowser’s Jr. mode – and what this allowed us to do was, since it’s not an entirely new game, it allowed us to think of a new game system while not having to do the strenuous work of thinking of something as big as a new game. It was a bit of an effort thinking of the new game systems, but it still was something that was fun to add in as a new thing.

Within AlphaDream and working on the series for such a long time, we get the sense that there is a real legacy that is being communicated with remaking these games, especially for people who come to the company as new employees who haven’t worked on other games in the series. They get to work on this game and kind of take part in the legacy and know that AlphaDream works on these kinds of titles. In that sense, there is a sense of imparting the knowledge of the work on to those people, as well.

Was adding Bowser Jr.’s Journey a big incentive to remake the game?

Shunsuke Kobayashi (director, AlphaDream): Making the new Bowser Jr.’s Journey content was really fun for us and we put a lot of effort put into the scenario, like the comical movements of the characters. If you look at the way the characters move you can see there was a lot of effort put into those. We would really appreciate it if fans would take notice of those things and enjoy the game.

Otani: Coming up with the story for Bowser Jr. – it’s the story of a little kid growing up. In the story you fall down quite low and bad things are happening and he rises up from that bottom. We considered, “How low should we sink him?” Since it’s a child character we didn’t make it too extreme so that people would feel sorry for the character, but also we wanted to call out his brattiness, so it was difficult to find that middle ground.

Kobayashi: We discussed this a lot and think we came up with a very good balance. 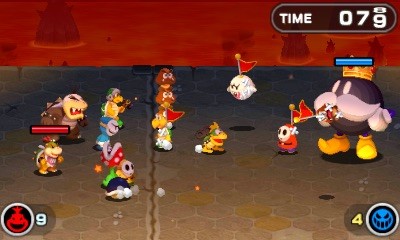 What kind of direction or feedback did Miyamoto offer early in the development of the Mario & Luigi series?

Maekawa: As far as the scenario of Superstar Saga was concerned, Shigeru Miyamoto basically spoke with us and saw this as kind of a way to communicate a new adventure – to give people a sense of a new adventure for Mario and Luigi.

Paper Mario and Mario & Luigi are distinct games, but they are both turn-based RPGs starring Mario. Do you communicate with Paper Mario’s developer, Intelligent Systems, at all in order to make sure the two series don’t overlap?

Otani: Basically, they don’t. They are two completely separate series of games. We like to keep Mario & Luigi with AlphaDream and Paper Mario with Intelligent Systems to keep their originality, except for the case of Paper Jam. They did work together on that title.

Why haven’t we ever seen Tomato Adventure in the west?

Maekawa: [laughs] the reason why is the age group we were targeting was a bit too low and a bit too small. We also had some trouble with the battle system, and it wasn’t received well at the time of release.

Were there any areas that ended up being cut from the original game that were considered for inclusion in the remake?

No areas you considered having Mario & Luigi explored inside of Bowser that were too gross or inappropriate that you immediately said, “No we can’t go there!”

Kouichi Fukazawa (background graphics lead, AlphaDream): Thinking about the original layout for what we originally aimed to do on the DS was to allow the player to explore all the depths of Bowser’s body, and we think we were able to do that pretty well. In doing that we thought there would be some areas that would be gross, but we think we were able to convey it in cute and funny ways.

Mario & Luigi has quite a few original characters. Which among those would you like to see in Smash Bros. given the opportunity?

Otani: Starlow, for sure.

Maekawa: Either Fawful or Broque Madame.

You can read our original Mario & Luigi: Bowser's Inside Story review right here and our review of the remake here. You can also read our thoughts on the remake of Superstar Saga here. 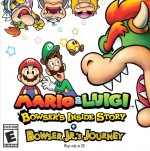