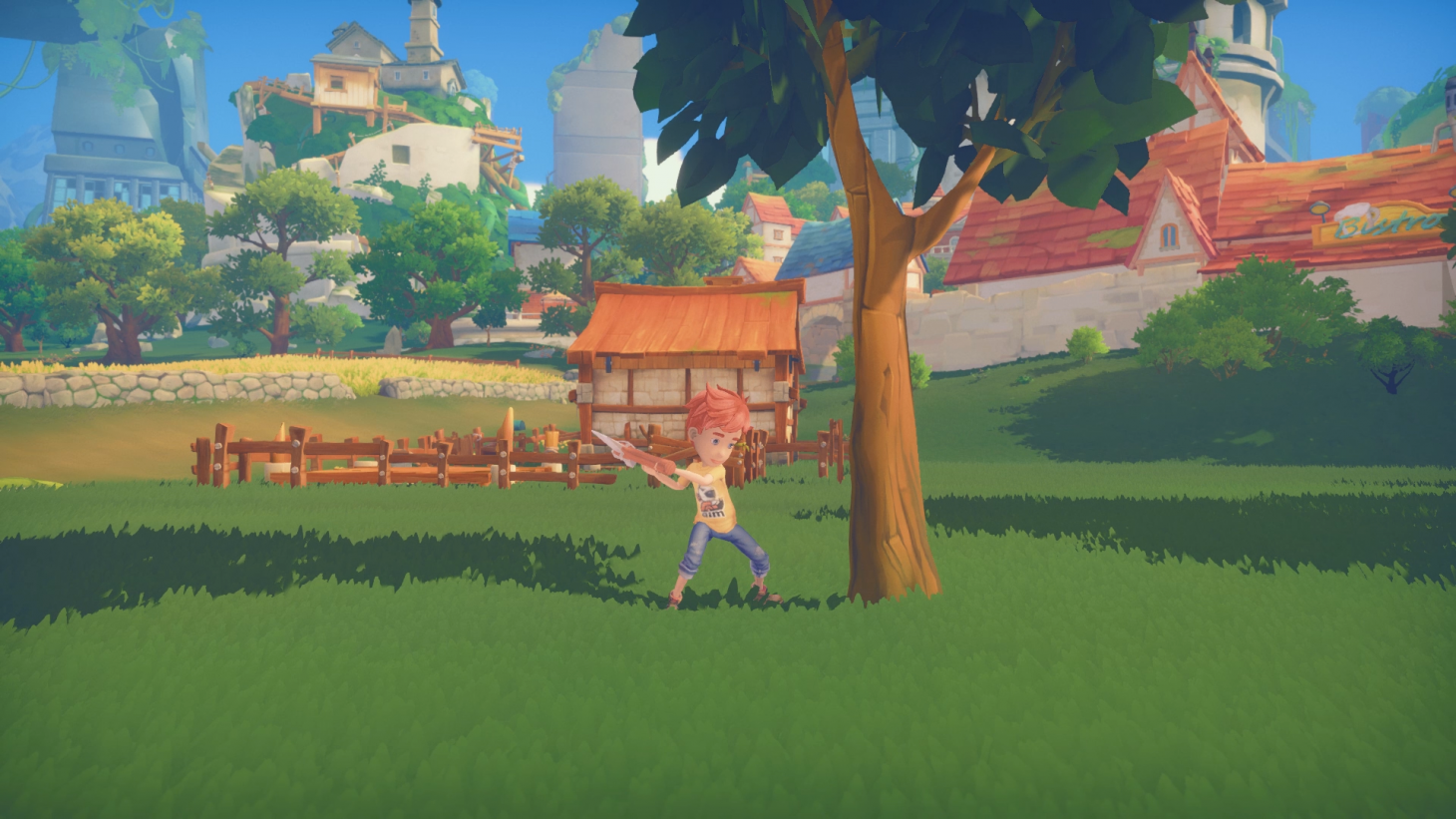 My Time at Portia strives to emulate the charm of a simple life, similar to games like Stardew Valley and Animal Crossing. At first, the experience seems to line up closely with expectations set by those other simulations; as a newcomer in the community, you do chores, socialize with townsfolk, and customize your living space to make it feel more like home. But as the days go by, My Time at Portia fails to coalesce into a world you want to inhabit. Instead, it gradually grows duller under the burden of repetitive busywork and underwhelming incentives to keep the grind going.

Your created character arrives in the quaint city-state of Portia and inherits a workshop, then completes various construction contracts for the town and its residents. As you meet your neighbors and learn the ropes, your jobs are small and simple, requiring materials you can easily gather or refine to make tools, tables, and water buckets. The complexity ramps up quickly, requiring you to build different stations to transmute ingredients into other objects. For example, if bronze sheets are an ingredient in a blueprint, first you must go mining in the ruins to get copper and tin ore. Then you use a furnace to smelt them into a bronze brick, and put those bricks into a cutter to shape them into bronze sheets. And those sheets are probably just one of several necessary components that have multi-step production chains.

This escalating process may be familiar, but where other games in the genre give you cool rewards and satisfying progress, the loop feels joyless here. Even when you build multiple furnaces (or cutters, grinders, etc.), producing your materials takes too long and feels like a slog. And when you finally complete a blueprint, you rarely enjoy any interesting benefits as a result. You just pick up the next quest, which has a more complicated blueprint waiting for you – and “more complicated” usually just means it requires even more items and upgrades to finish. Each step forward feels like the exact same kind of busywork, all stretched over dozens of hours.

Sometimes you need to venture into dungeons for missions and material-gathering, which is where the simplistic combat mechanics become necessary. The basic attacking and dodging is functional as you mow down generic creatures and bosses, but it isn’t varied enough to be compelling or entertaining. Your success is more determined by your stats than your skill, and I was bummed those stats are so largely influenced by what you’re wearing. I occasionally had to choose between surviving and not looking like a clown, and that can make the cosmetic customization frustrating.

Filling in the spaces between the building and the fighting is an array of optional quests and half-baked activities. For instance, farming is present, but it feels like an obligatory afterthought since your attention is better spent on construction. You can also increase your standing with villagers and eventually get married. However, the characters don’t have much for personalities or interesting traits, which makes it hard to care about getting to know them.

Any time you spend in Portia is also marred by technical problems, including long loading screens, animation hiccups, and cumbersome menus. These issues are especially amplified on the Switch version, making it unquestionably the worst way to play. While the technical shortcomings don’t render the game broken or unplayable, they create a pervasive sense of unpolished sloppiness that eventually forced me to ask, “Why am I playing this? What does this game provide to make this worth the hassle?” The answer? Nothing.

Something hard to define is missing from My Time at Portia. It mechanically ticks many boxes that simple-life fantasies are supposed to, but it lacks the charm and satisfaction that springs from its peers in the genre. It demands your time without enticing you, and places you in a world that feels hollow. Games like this are supposed to make chores fun and rewarding, but playing My Time at Portia feels more like actual work. 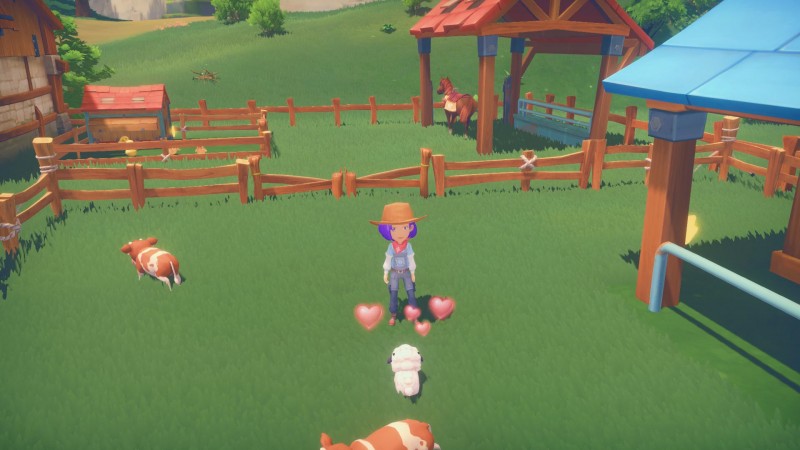 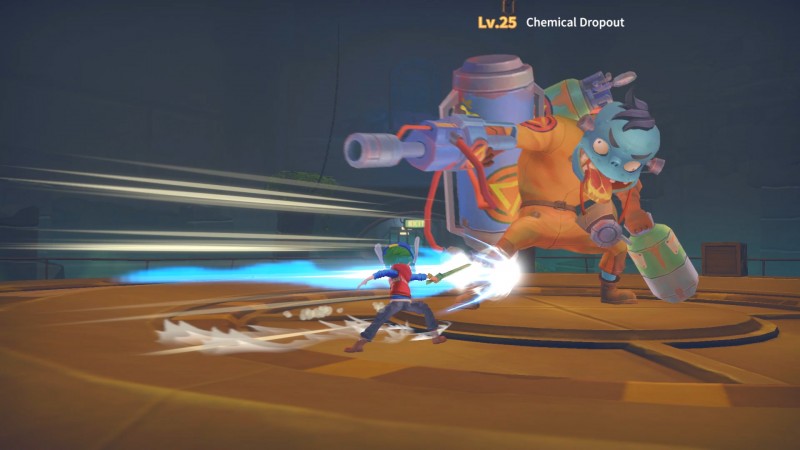 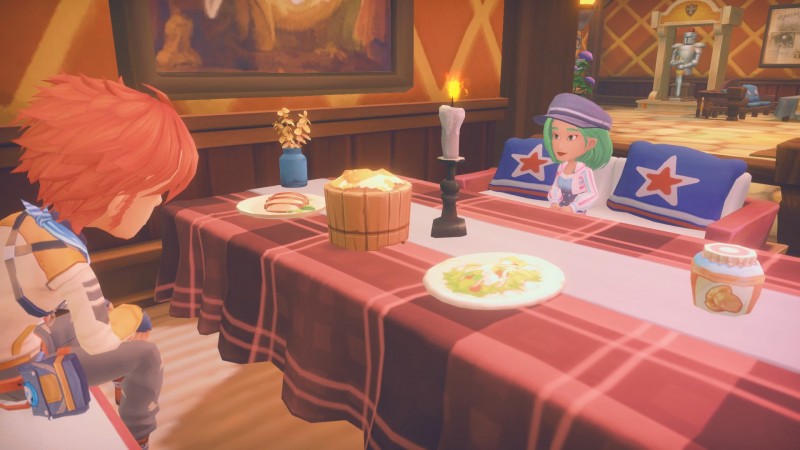 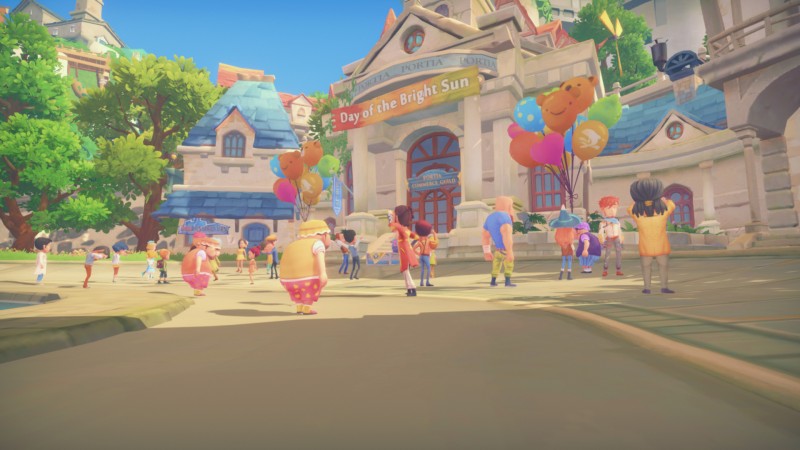 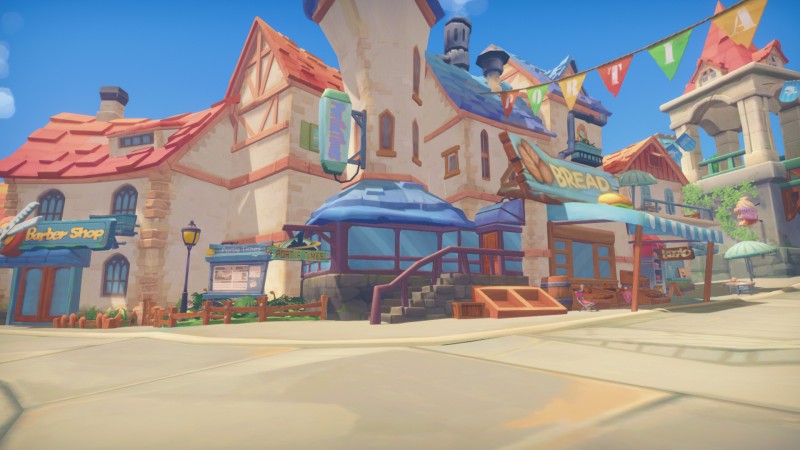 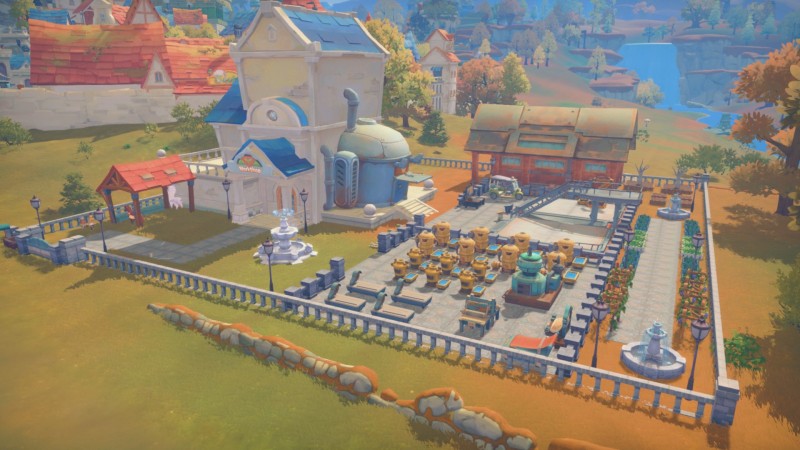 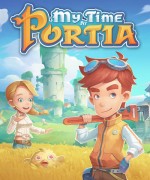 Games like this are supposed to make chores fun and rewarding, but playing My Time at Portia feels more like actual work.

Purchase More Info
5.75
i
Game Informer's Review System
Concept Build a life for yourself in a quaint (but boring) fantasy world
Graphics The visuals are colorful but mediocre, though an occasional character or environment stands out
Sound Like the graphics, the soundtrack is appropriate and unexceptional
Playability Technical issues and a lack of direction make the early hours rough. Even once everything clicks, the interface remains awkward
Entertainment Long periods of waiting and repetitive tasks make this simulation hard to recommend, especially since your efforts only rarely pay off
Replay Moderately low