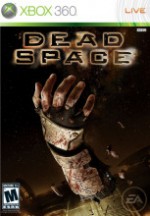 Dead Space
9.25
i
Game Informer's Review System
Concept Suspense and gore collide to create a horrifying, atmospheric experience that will leave you gasping for air
Graphics The texture work is remarkable (especially on the twisted flesh and rusted metals), and the array of lighting techniques deceive your eyes
Sound The ambience messes with your mind, often making you question ''what was that?'' The voice actors do a decent job making cringe-worthy dialogue flow better than it should
Playability A satisfying mix of precision targeting and boot stomping. Sadly, most of the objectives fall into the ''lead player from point A to point B'' category
Entertainment I'm a horror fanatic, and I've never jumped this much during any movie or game
Replay Moderate