As we approach E3 next week, one of the games we're really looking forward to learning more about is Dying Light 2. We don't know much outside of what we saw at our demo at last year's E3 and Gamescom, which includes better parkour, deadlier zombies, and more complex combat. Another big change coming to this sequel is that your choices will make a difference within the city. Ahead of E3, we obtained an exclusive piece of concept art that hints at what the team will be showing at the expo.

The above image shows the wide range of outcomes throughout the city. As you play through Dying Light 2, your choices affect the rebuilding of society in major ways; do you hand over your newly reclaimed water tower to a less-than-reputable group of entrepreneurs in exchange for added security, or do you let water-stealing bandits have it, enabling the civilians to keep their freedom? These choices can range so broadly that some players may miss as much as half of the game's content in a single playthrough.

The left side of the above image above shows how the survivors have united to rebuild the city, while the right shows what can see what happens if you back the factions over the civilian survivor groups.

You can see a description of the art from Techland creative director Adrian Ciszewski below.

"This panorama of The City shows the potential effects of player decisions that will have to be made in Dying Light 2. Who you support – the survivors, regular people trying to carry on with their lives, one of the faction groups, motivated by their own agenda, or act in your own best interests – is entirely up to you, and your actions can impact all of those lives. The European ex-metropolis is a familiar city with cathedrals, parks, restaurants, shopping malls, different districts – modern, past, artistic, industrial – that reflect its rich history. From a safe distance, you can see the layers of the city: on the ground level, the threat of death, and up top, the struggle to survive. The City is a constant reminder of what used to be, what could have been, but leaves out what there is to come."

Dying Light 2 will reveal new details at E3 next week, where it will appear during Square Enix's press conference. 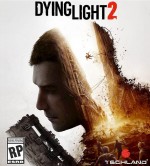