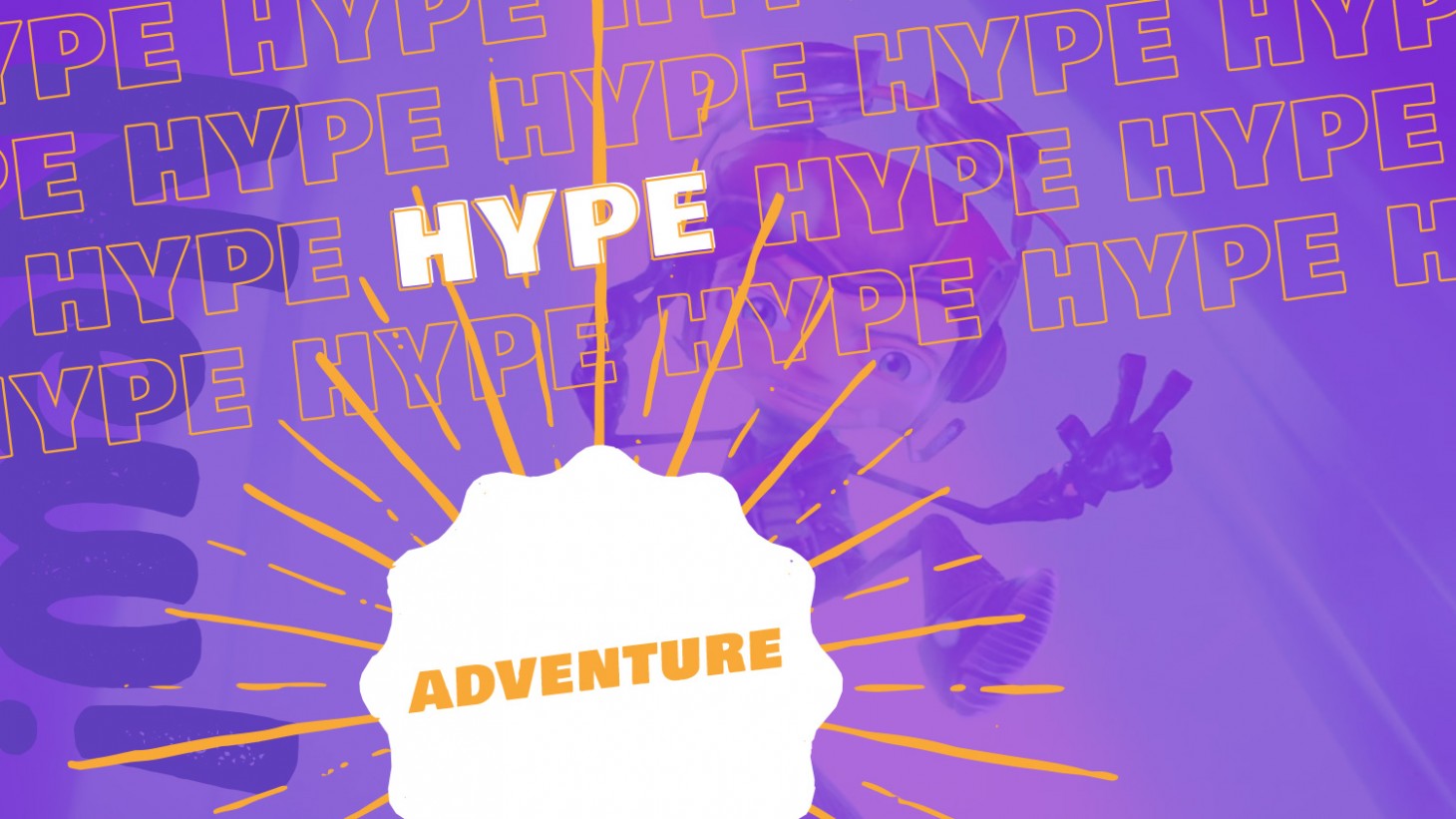 Our Most Anticipated Adventure Games Of 2019

With 2018 behind us, it's time to look forward to the new titles coming our way this year. From Campo Santo's gorgeous, new story-driven adventure taking place in Egypt to trying to escape Hell with your best friend, it sounds like this year will have some great games with unique premises. Here are our most anticipated adventure games. 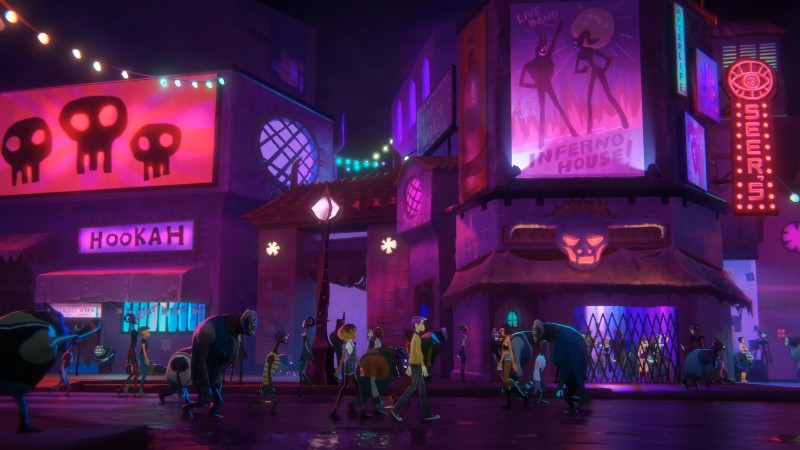 2016's Oxenfree wowed us with its spooky tale, well-written characters, and snappy dialogue. Now, developer Night School Studio is working on a new project, titled Afterparty. It looks to have similar aesthetics and a similar focus on narrative, but the story is something altogether different. In Afterparty, you find yourself stuck in Hell with your best friend. The only way to escape is by beating the devil at his own game: drinking. If you can out-drink the devil, that's your ticket back to the land of the living. 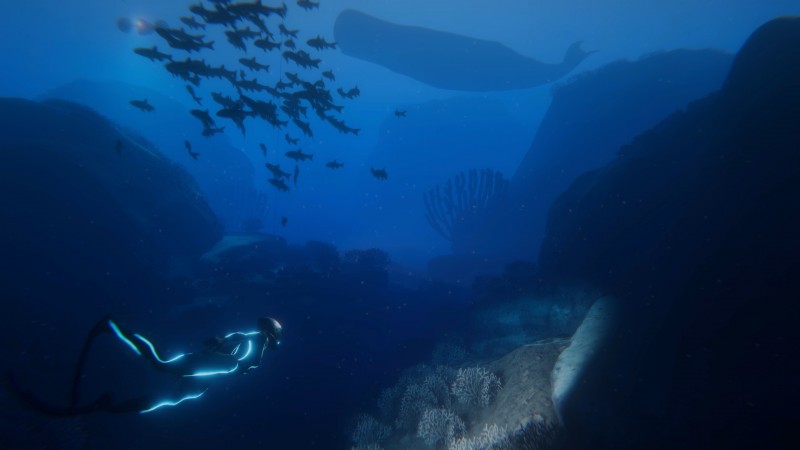 From the creators of platformer Never Alone comes a very different game, called Beyond Blue. In Beyond Blue, you play as Mirai, the lead of a newly formed research team that makes discoveries deep inside the ocean. Your tasks revolve around solving human-made threats like plastic waste and oil spills. Developer E-Line Media partnered with BBC to make the experience feel as real as possible, with an educational tone that teaches you about ocean-related problems as you play. 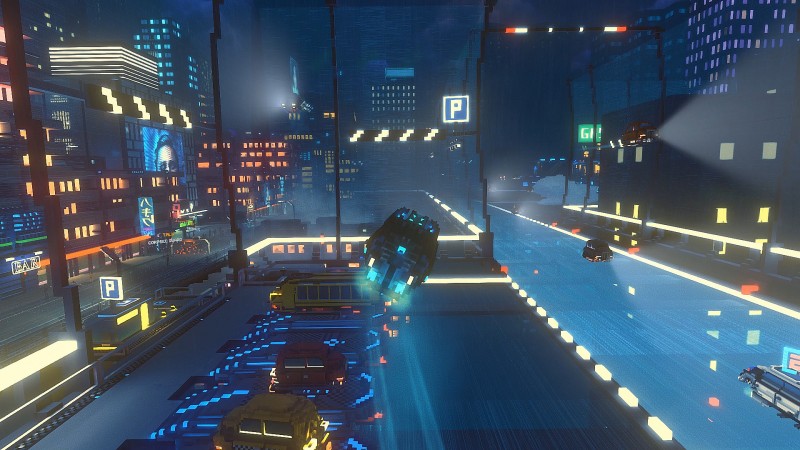 Taking place in a cyberpunk world, you play as a courier of a semi-legal delivery company called Cloudpunk. However, during your first night shift, everything changes. As you jaunt around the city by car and foot, you uncover a mystery that continues to unravel as you speak with A.I. and the city's inhabitants. 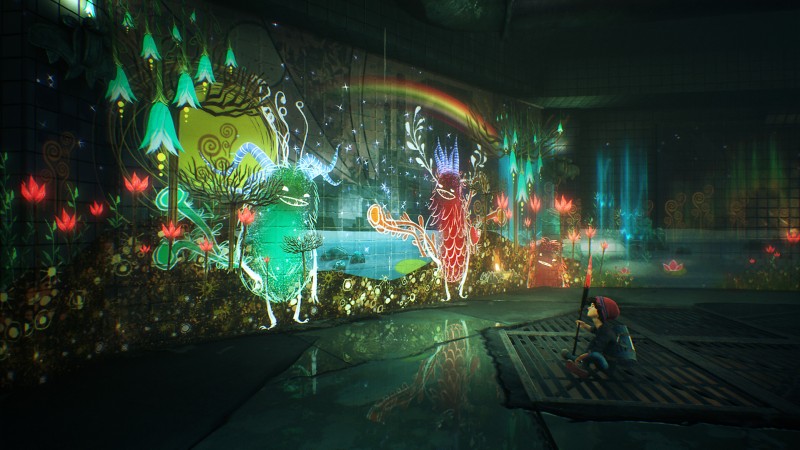 Pixelopus, the developer behind the mesmerizing rhythm game Entwined, showed off Concrete Genie for the first time during 2017's Paris Games Week. Concrete Genie tells the story of Ash, a young boy living in a small fishing town named Denska, who discovers he can bring his paintings to life. He uses this power to escape real-world hardships, and build a magical retreat of his own through his creations. You use the DualShock 4 motion sensor to create beautiful backdrops and creatures that look like they're straight out of Where the Wild Things Are. Concrete Genie's beautiful aesthetics and creative gameplay could make it a stand-out adventure game this year.

Supermassive's Until Dawn was a great horror game inspired by slashers, where we controlled the decisions of a gang of teenagers faced with terrifying circumstances. The Dark Pictures: Man of Medan is a new, episodic adventure game from the developer, acting as a horror anthology about four characters stuck on a haunted ship following a storm in the South Pacific. 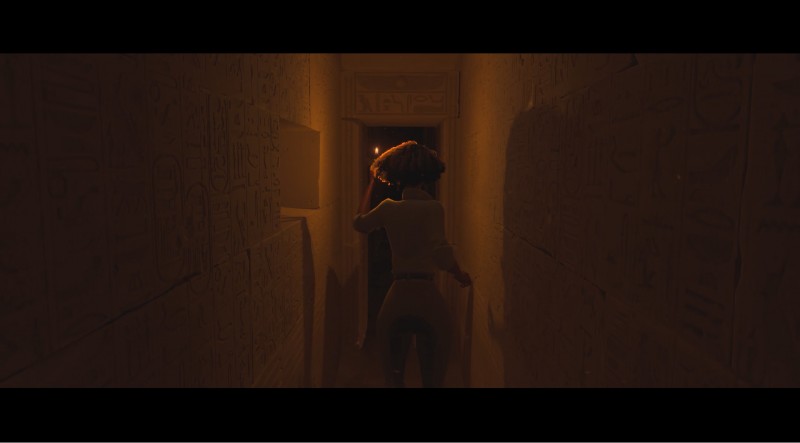 In The Valley of Gods

Although Firewatch developer Campo Sampo remains tight-lipped on this new project, we've been curious about it ever since it first appeared at The Game Awards in 2017. The cinematic trailer showed Egyptian landscapes and two women exploring ruins. In The Valley of Gods follows protagonists Rashida and Zora, who are given "one last shot at the adventurous life," according to its Steam page. If Firewatch's excellent storytelling is anything to go by, this next project could be just as captivating. 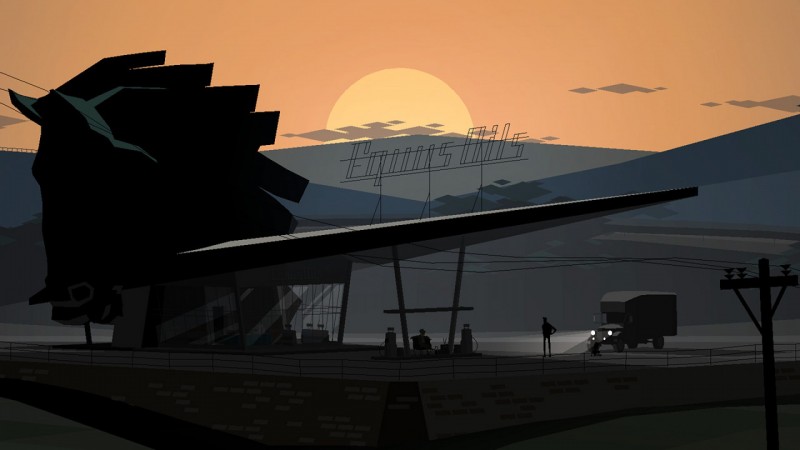 Following the story of an old trucker named Conway, the magical journey of Kentucky Route Zero is filled beauty, tragedy, and fantasy in its mesmerizing portrayal of rural Kentucky. We've been waiting patiently from episode to episode to see this adventure conclude, with its most recent episode releasing in 2016. Cardboard Computer is bringing the complete game to consoles this year along with its final episode. We're eager to see the story all come together. 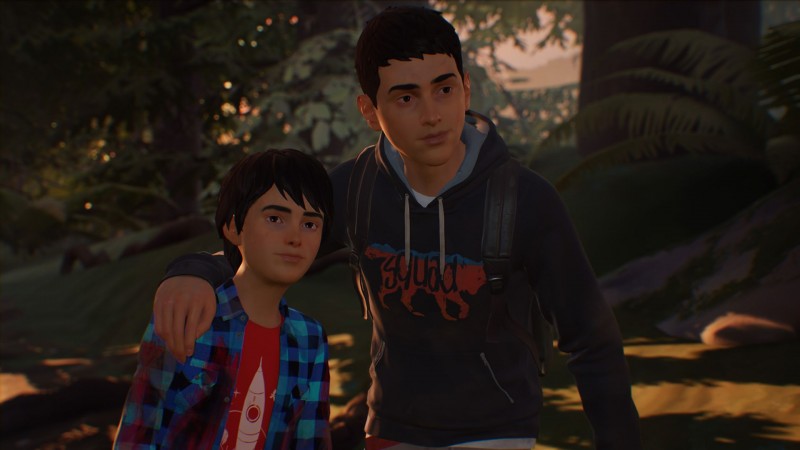 Life is Strange 2 introduces new protagonists Sean and Daniel, two brothers who are faced with fleeing their home after a traumatic event. With its well-written characters, dire circumstances, and political themes, episode one was a strong starting point for the new direction of the series, and we're excited to see what comes next. 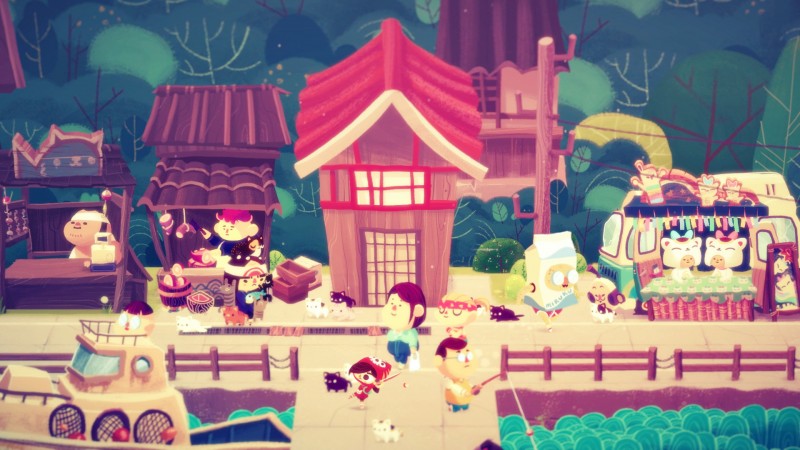 Inspired by simulation games like Animal Crossing, Mineko's Night Market is about a young girl who moves to a new home on an island overrun by cats. You spend your time exploring, crafting, and completing jobs and activities. The story follows a mysterious happening that the townfolks always thought was a myth. With its fun-loving portrayal of Japanese culture and adorable aesthetic, Mineko's Night Market is something to keep on your radar. 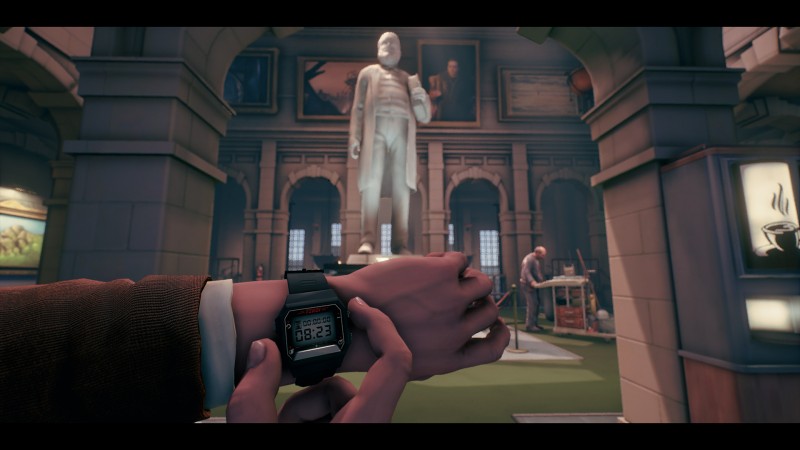 This investigative thriller is set in England during the late '80s. Playing as a journalist, you look into a terrorist attack that led the government to form a protective act. You rush against time, quite literally, since the game plays out in real-time. This means you might miss out on details if you're at the wrong place at the wrong time, and various characters follow routines and schedules. Plus, there's that deadline looming over your head. All this makes it sound like it'll be an intriguing and tense experience. 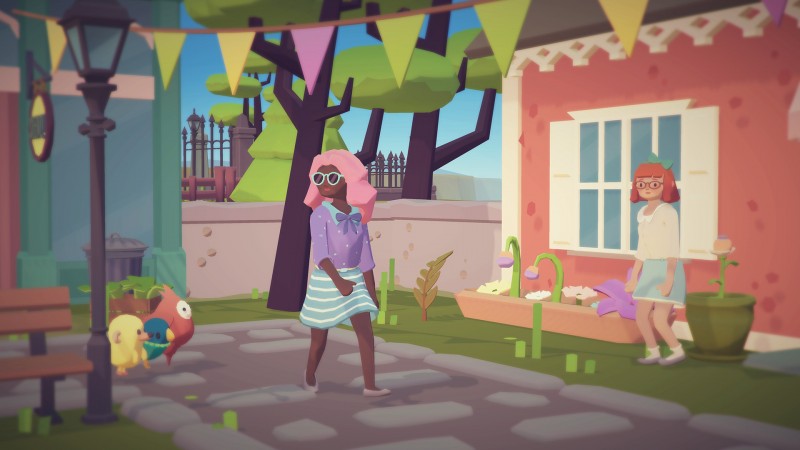 Ooblets brings a unique and fantastical twist to farming. By planting Ooblet seeds, you then wait and cultivate these plants into fully blossomed Ooblets. Ooblets are animal-like companions that can be trained to do various things. You spend your time exploring the land of Oob, joining clubs, customizing your farm and character, and more. 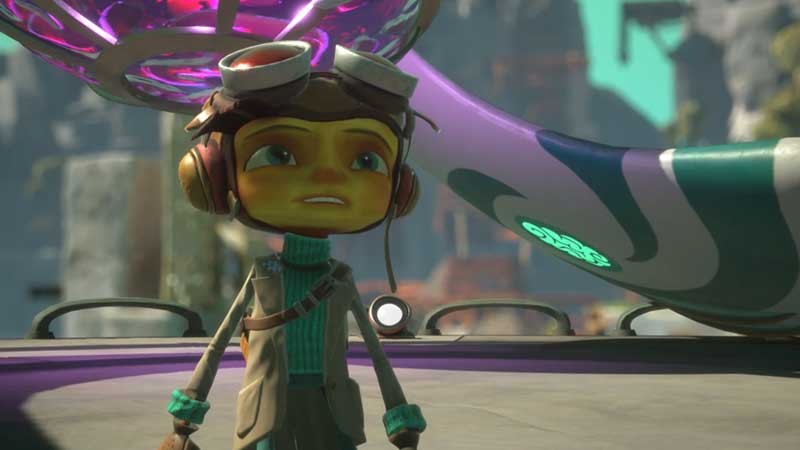 This follow-up to the wacky and mind-bending Psychonauts, which came out more than a decade ago, puts us in the shoes of the psychic Raz once again. This time, instead of learning the ropes at a Psychonauts summer camp, he's working with the best of the best at the Psychonauts headquarters. Here, he'll have to prove himself as the newest addition to the intern team and fight alongside his heroes. 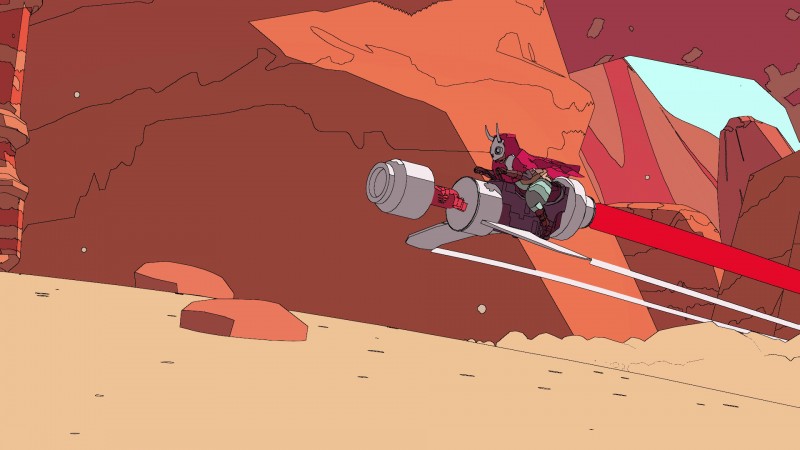 This exploration game lets you explore a beautifully crafted desert with a hoverbike. With rolling sand dunes and colorful horizons, the most striking thing about Sable is its gorgeous aesthetic. The story follows an adolescent girl on a journey of self-discovery. Details remain slim at this point, but we're interested to see how Sable pans out when it releases later this year. 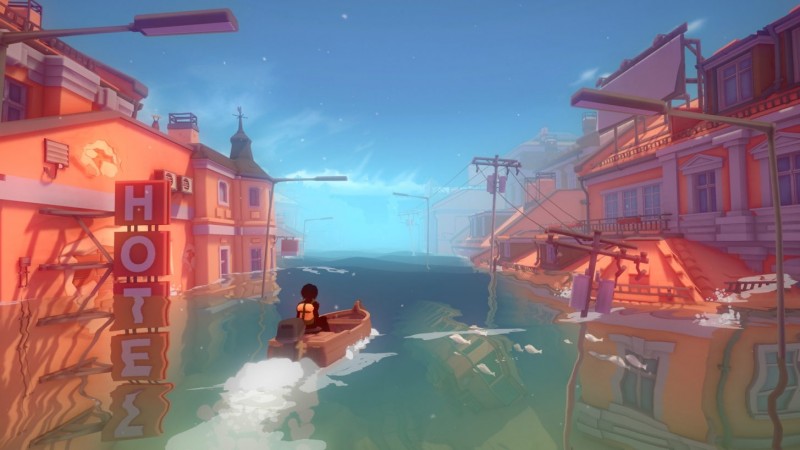 Taking place in a submerged city, you follow Kay, whose loneliness has turned her into something no longer human. You spend time exploring, platforming, and puzzling as you uncover this world's mysteries. She encounters other monsters and attempts to find answers as to what she is and better understand what happened to her.

Shenmue III is scheduled to finally release this year, bringing the long-awaited continuation of the epic saga and tale of revenge. With its share of delays and more than a decade gap since its prior installment, it's been a rocky and lengthy wait as we inch closer to release. It once again follows Ryo Hazuki's quest to find his father's killer, which has brought him to China. Creator Yu Suzuki has said in interviews that Shenmue III will not be a conclusion because he wants to continue the story in further entries.

The Sinking City is set during the 1920s in the fictional town of Oakmont in Massachusetts. Here, you follow the story of a private investigator who is looking into a peculiar phenomenon where the city was flooded with no apparent cause. The city has been rendered nonfunctional and monsters have risen from the depths of the waters. Instead of mass hysteria, the citizens are strangely content with these less than ideal conditions, and the city is somehow drawing newcomers too. 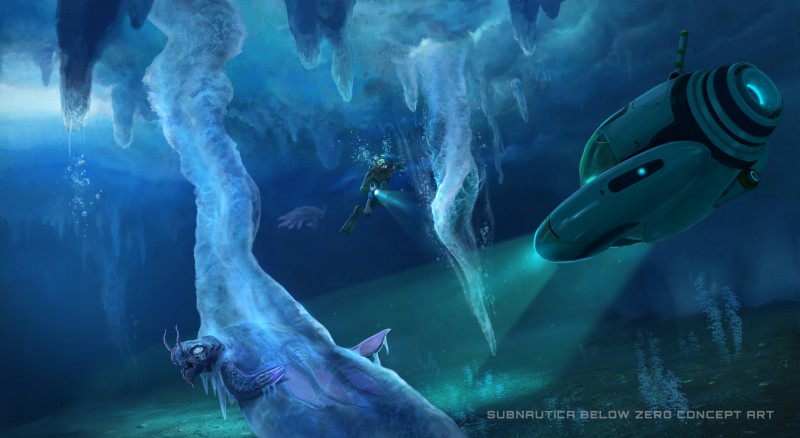 Subnautica was one of 2018's best exploration and crafting games, bringing life to an underwater alien ocean in spectacular ways. Subnautica's various biomes are beautiful and sometimes terrifying, teeming with sea creatures that are both alien and familiar. Below Zero is Subnautica's first expansion, bringing icy glaciers and freezing temperatures with its arctic setting. It will also introduce a different protagonist as it brings a whole new chapter to Subnautica's story.