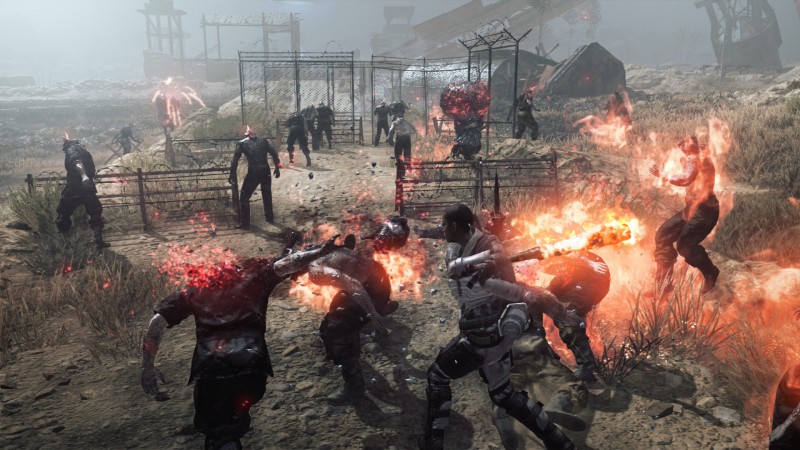 Konami has revealed that a Pyramid Head costume, Silent Hill II's primary corporeal antagonist, will be a part of Metal Gear Survive's upcoming Halloween event. In further Konami crossing over, Castlevania music will also be coming to the game in the form of cassette tapes.

The mission is titled The Research's Story, which runs from October 23 to way past Halloween on November 6, and lets players who have completed the game's main story earn points in a special mission. Earn enough points to don the costume for Pyramid Head, but you can also earn cassette tapes for Castlevania games like Symphony of the Night and Rondo of Blood, which are conveniently coming out together on PS4 on October 26.

The Silent Hill main theme will also be available.

Metal Gear Survive released earlier this year with the absence of high acclaim. Konami has somewhat managed to rehabilitate their most recent release of Bomberman partly on the back of Konami crossovers, so maybe Metal Gear Survive can do the same.