Metal Gear Survive is the first entry since Konami and series creator Hideo Kojima’s contentious split, and it shows. It features a non-canon, spin-off story and veers away from its stealth roots in favor of a survivalist approach. But while that might sound like heresy to fans, the most damning thing about Survive is how it squanders its own promise. It buries Metal Gear Solid V’s fantastic core mechanics beneath an abysmal campaign, skewed survival systems, and a tedious grind for resources.

Metal Gear is known for its intriguing, over-the-top geopolitical narrative, but that isn’t part of Survive. The story distances itself from the rest of the series’ fiction, as the Captain (you) gets sucked into a wormhole that opens up in the aftermath of the XOF attack on Mother Base at the end of Ground Zeroes. While that sounds interesting, the campaign spends far too much time justifying progression loops instead of constructing an interesting story, and the few tantalizing threads lead to tepid payoffs. If you’re looking for a plot that enriches the Metal Gear universe, prepare to be sorely disappointed.

The controls and mechanics of Metal Gear Solid V anchor most of Survive. Traversing Dite (a hellscape version of MGS V’s map) and sneaking up on unsuspecting zombies feels great. The Dust, a harrowing dark zone where your objective markers disappear and your oxygen drains, make missions tense as you’re constantly on the clock. Melee weapons are sometimes awkward to wield, but combat becomes more diverse and fun as you find new weapons, defenses, and traps. Layered on top of this skeleton are various meters to manage as you build up your character and base. Survival is difficult at first; during my first dozen hours, where and how I’d score my next meal was always on my mind. While the idea of scavenging for food isn’t inherently flawed, your hunger and thirst drain too quickly. This constantly interrupts the fun of traversing Dite. It eventually gets easier to fill yourself up, but I still I spent large chunks of time wading through menus, figuring out the best way to feed myself and manage my resources and weapons.

The campaign was practically over by the time I had stocked my base camp with water, livestock, and staff, which made building them up unrewarding. They ultimately serve as pipelines for more resources, which is Survive’s primary reward for just about anything. You’re encouraged to keep playing after you’ve finished the main story, but aside from discovering a few secrets and opting into defending your base from waves of zombies, the post-game consists of tedious treks across Dite, doing the same rescue and scavenging tasks multiple times.

You also unlock new weapons and ammo to use, but they require too much micromanagement. Rare weapons are broken when they drop, and you must spend resources before you can equip them. Maintaining gear (which degrades with use) is costly, and even rare weapons become dull so quickly that I held off on using most of them until I had amassed the copious amounts of materials needed to maintain them. This killed the excitement of obtaining a cool new weapon, since I knew I’d have to grind out a few more missions before I could use it. Co-op pits you and three other players against waves of bad guys, and it’s much more fun than playing the solo campaign. Coordinating with others to gather materials, build up defenses, run among various groups of enemies to fend them off, and tackle side missions presents of fun mix of things to do. Although you work with your team to get the most loot, you also need to be selfish. Killing enemies, completing side missions, and building up defenses scores points, and the winner at the end of each match receives a hefty bonus. This mix of cooperation and competition can be frustrating at times, as you sneak up behind an enemy guarding a side objective only for a teammate snatch up your rightfully earned points, but also offers a good incentive for everyone to pull their weight.

Unfortunately, you won’t be of use in co-op or get much out of it until you’re several hours deep into single-player story, since you have to progress through the campaign to unlock new maps. Though harder difficulties offer satisfying challenges (like defending two key objectives instead of one), the five current maps all share the same wave-based setup and aren’t enough to keep the grind for resources fresh.

This is when Survive’s microtransactions encroach on the experience. You can pay real money for extra character slots, as well as boosters to enhance your experience and resource gains. Common resources like iron and wood come easily, but rare materials are doled at low quantities, giving rise to a nagging urge to spend real money to speed up the process. Additionally, the time between waves in the single-player base defense can last as long as an actual day, but you can expedite the wait by paying real money (which is tempting when the next wave is set to arrive at six in the morning). You get a daily log-in bonus of currency, but the amount is pitifully minor; it takes days (and even weeks) to amass a useful amount with this approach.

Metal Gear Survive doesn’t fail due to its baggage or expectations. It blunders entirely on its own merits. Its co-op suite shows promise and could become legitimately great in time, but the rest of Survive is a boring, grind-heavy slog where the biggest reward is simply more stuff. For as many bits of metal, wood, and fabric I had after 70 hours of play, I couldn’t help but think I’d wasted all of my time. 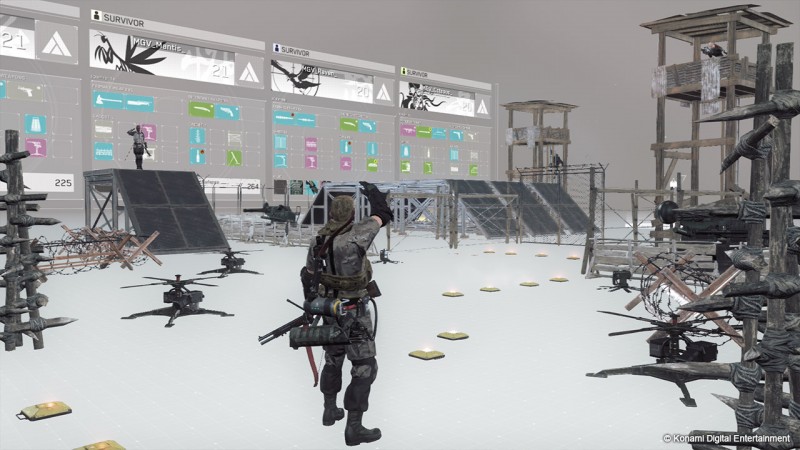 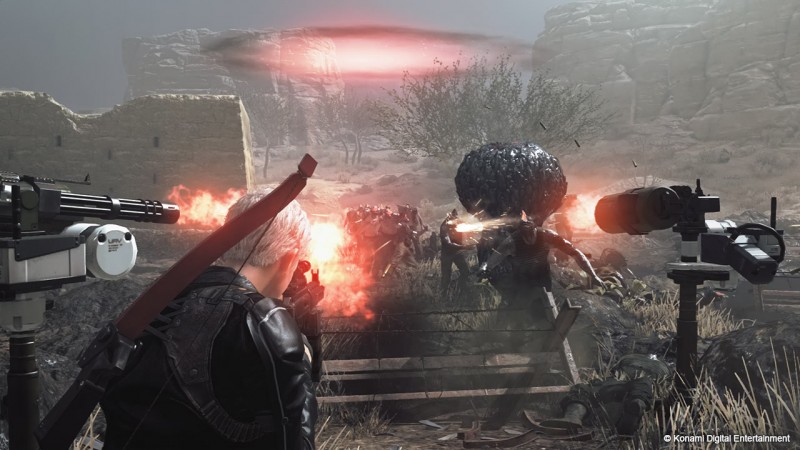 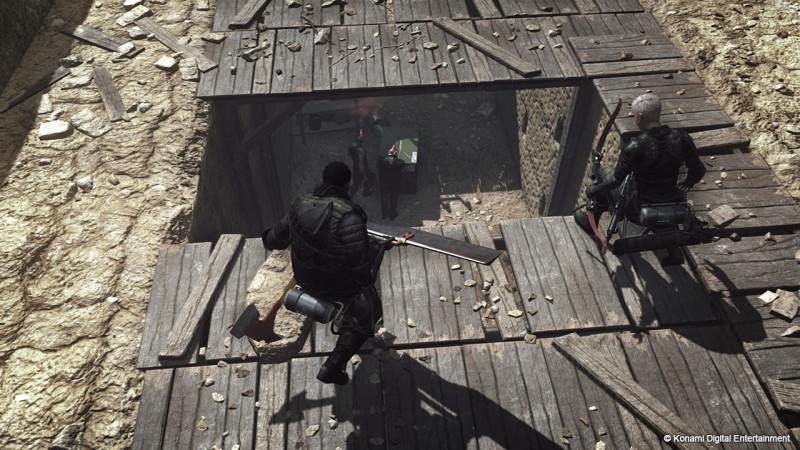 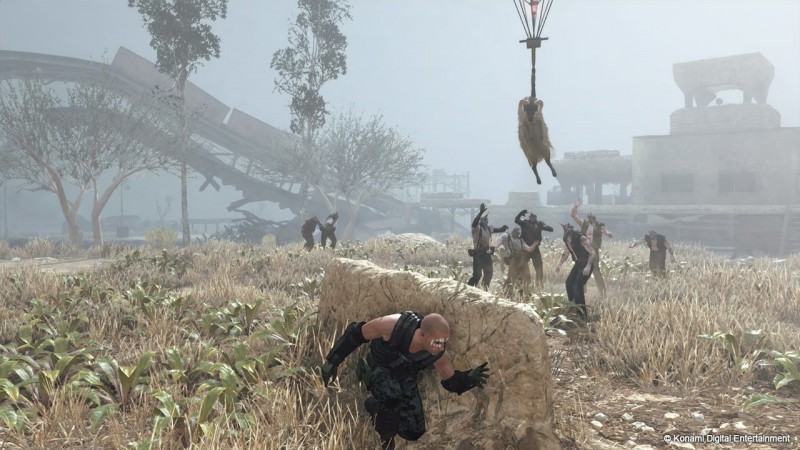 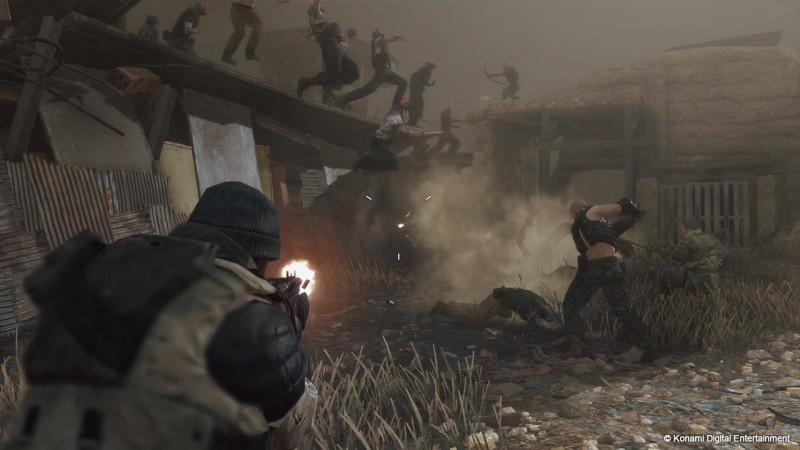 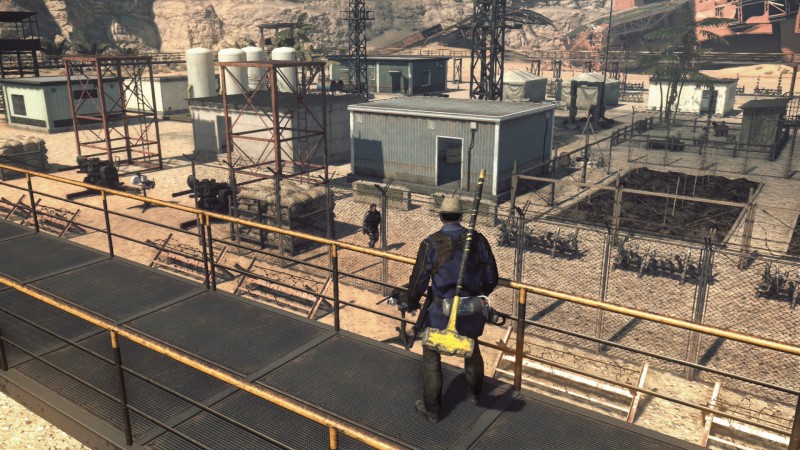 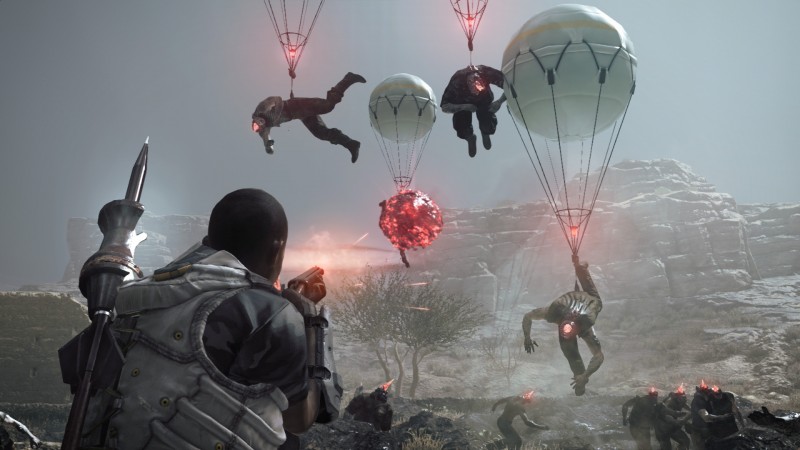 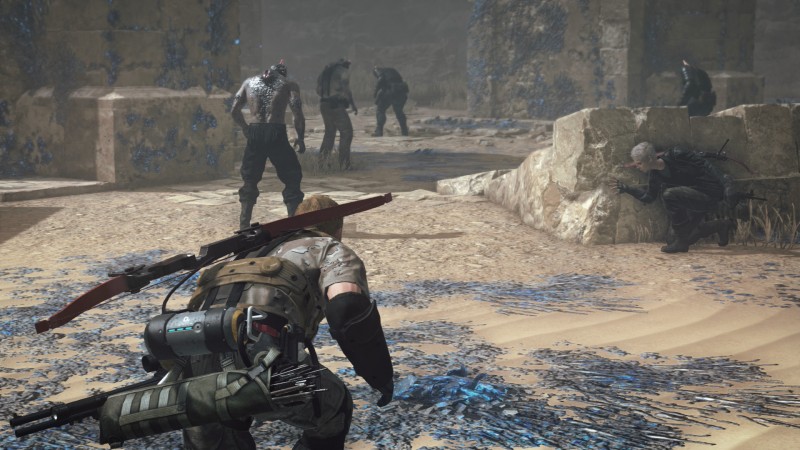 6
About Game Informer's review system
Concept
Use Metal Gear Solid V’s controls and engine to create a survival game, then add a waved-based cooperative mode
Graphics
Reused mesas and jungles from The Phantom Pain look fantastic, but the wooden animation gives the characters the liveliness of mannequins
Sound
The score is mostly understated, though you get to hear several tracks from the Metal Gear and larger Konami repertoire in the online lobbies
Playability
Running, sneaking, and exploring feel great, but the highly emphasized melee combat is clumsy
Entertainment
Metal Gear Survive has plenty to do, but the story mode is a dud and the endgame loops don’t hold up
Replay
Moderate 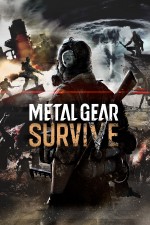