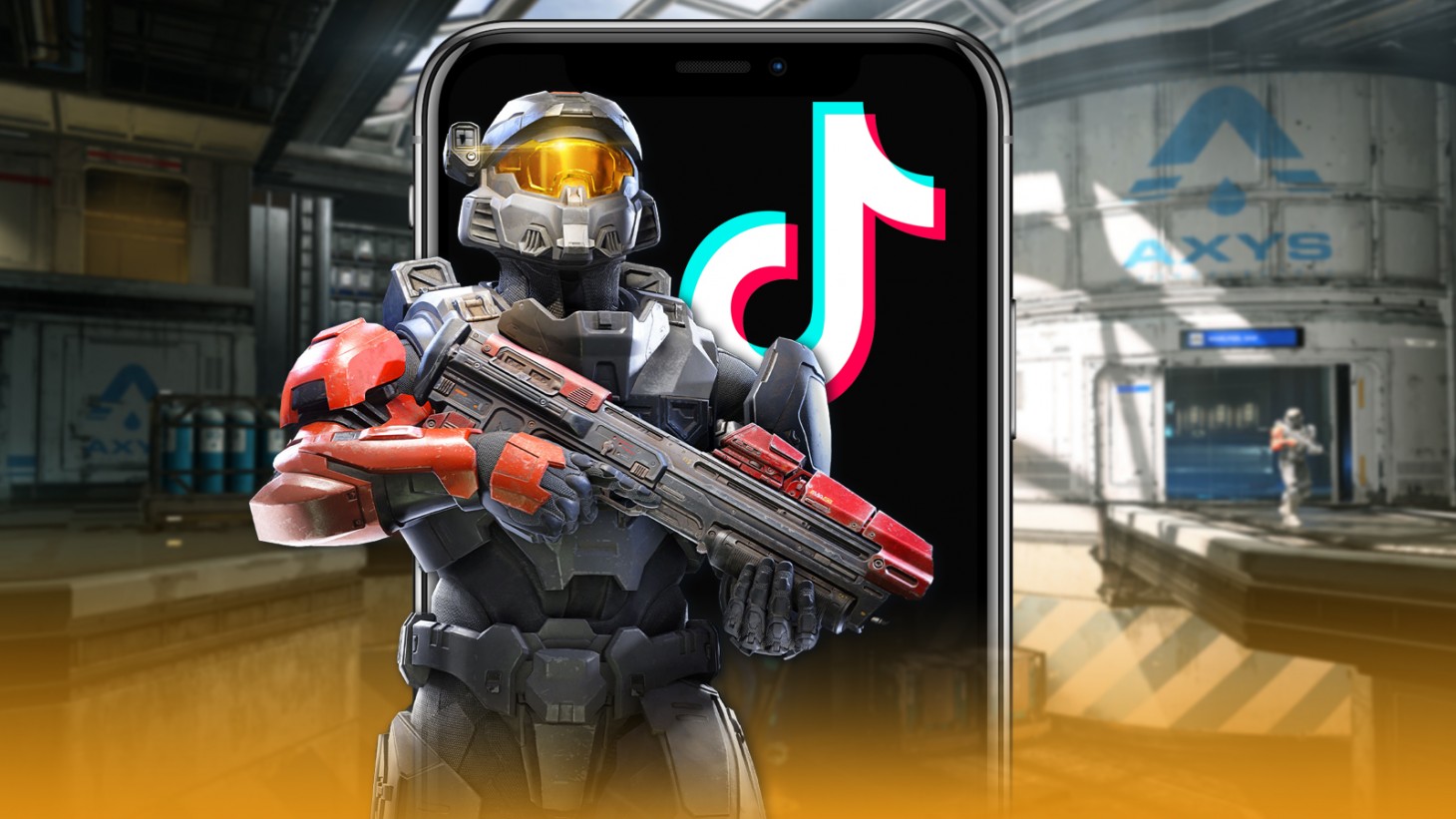 I’ve played a lot of Halo Infinite since its free-to-play multiplayer suite launched during the Xbox 20th Anniversary Celebration last week. Coincidentally, I’ve also watched way too much TikTok since then. It’s a real problem I’m dealing with right now. In-between the cooking tutorials and cursed comedy sketches populating my For You page, I’ve stumbled upon several Halo Infinite multiplayer tips that positively affected my knowledge and skill.

In the spirit of Thanksgiving – and being the generous person I am – I’d like to give back to the gaming community by sharing a curated list of the best videos I’ve watched while doom-scrolling this hellscape of a social media app.

Stockpile is an objective-focused mode introduced in Halo Infinite that requires each team to fight for a limited quantity of Power Seeds that they must install in their base generator. This Big Team Battle mode is hectic, but a little team cooperation goes a long way. My friends and I typically form an assembly line of sorts by throwing the contested deliverables across the map to each other in a chaotic-but-humorous fashion. However, TikTok user lord_shacks spotlights a much better strategy that employs the warthog’s turretless cousin, the Razorback.

Loving this game, hope everyone else is too! #Halo #HaloInfinite #Tip

There are several options hidden within the depths of Infinite’s numerous menus that can give you a competitive advantage. The first piece of UI-related advice you should follow is to change the default outline color of enemy players. Pick a bright color like yellow to better contrast the game’s industrial color palette. Thanks for the great tip, hyrockr.

Double Jump With The Repulsor (You’re Using It Wrong):

This one is an Alex Van Aken original. After a few games experimenting with the Repulsor, an overlooked gadget in Halo Infinite, I’ve learned to use it to double-jump to previously out-of-reach platforms. This trick is especially beneficial when playing modes like Capture The Flag and Oddball on vertical maps like Aquarius and Bazaar.

Don’t forget me when you see pros use this strategy in the Halo Championship Series.

You Can Fire The Cindershot Around Corners:

Insert your best “curve the bullet” joke here. Shout-out to wisespade7 for the spicy tip.

Use The Grappleshot to Hijack Wasps and Banshees:

The Grappleshot has been stealing headlines surrounding Halo Infinite, and rightfully so. It's enjoyable to wield the traversal-focused gadget since you can use it to swing above enemies, steal power weapons as they spawn, and even latch onto other Spartans to execute stylish melee kills. One of my favorite ways to use the Grappleshot is to hijack oncoming vehicles; however, I’ve failed to perform as excellent a move as my friend MrBadBit does in this video.

Being able to Grapple-jack Airships will forever be the best feeling in a game. #fyp #haloinfinite #Halo #haloinfinitemultiplayer #xbox #xboxseriesx

If you’ve played Halo Infinite for any number of minutes, then you’ll know that players are constantly lobbing grenades across the map. While overwhelming an enemy Spartan with explosives is usually an acceptable way to get a kill, sometimes there’s an even better approach. You can find grenade stations scattered throughout each arena in Infinite, and you can shoot them for a cheeky remote detonation. 343 Industries created a Mythic-tier medal for pulling this stunt off, too.

Fine, I didn’t learn this tip from Tiktok. But I think my friend Jesse did, and he told me about it, so it counts.

FYI you can shoot grenade stations to trigger a remote detonation in Halo 💣 pic.twitter.com/poRLteCKRx

Rounding out our list is one more UI-related setting you should tweak. TikTok user tazamlive discovered a way to move weapons to the corner of the screen by adjusting a slider called Weapon Offset. Thank God we can finally see what’s in front of us when using the M41 SPNKR rocket launcher.

I hope this finely-curated list of Halo Infinite multiplayer tips will serve you well in future matches. Stay tuned to our exclusive coverage hub if you’re looking for more information ahead of the game’s official launch. If you found one of these TikToks particularly helpful, be sure to follow the creator. Oh, and be sure to leave a comment below, letting me know what you think about this innovative video game guide!