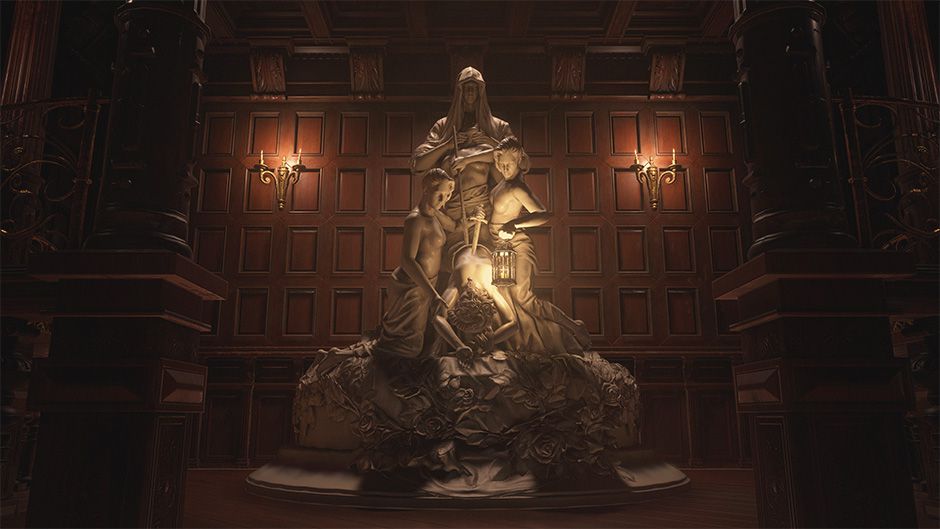 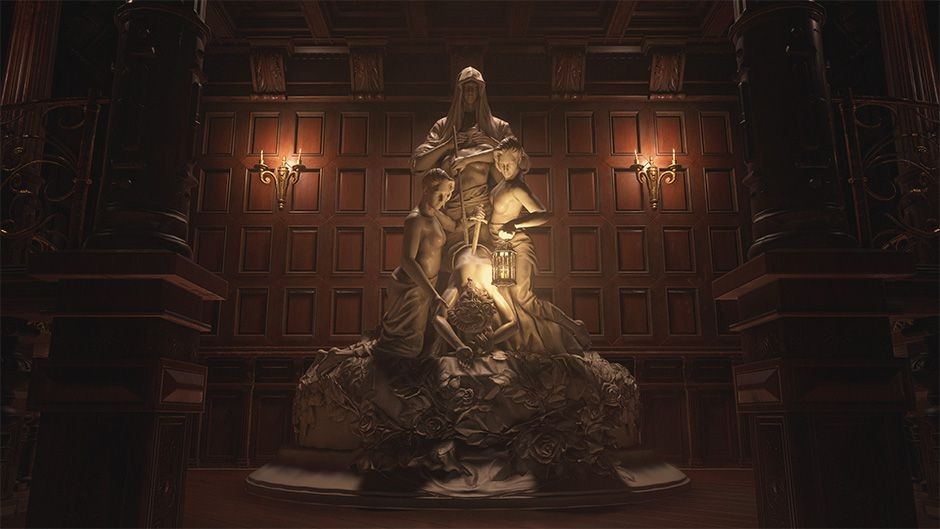 Getting out of Lady Dimitrescu's castle is.. a pain in the butt. You've got murderous vampires, you've got hallways that all look the same, decrepit floors that also want to kill you because life sucks. It's a lot. Luckily, the puzzles don't have to be an added frustration for those that may be looking for some help so that they can carry on with the (amazing) story.

For this particular puzzle, you'll find it on the second floor of the castle, an area you will be annoyingly familiar with during your time in Village. The area you need to be in is called the Hall of Ablution, a place that you'll find once crossing the courtyard after exiting the main hall. There is a door to the right of the courtyard, make it up towards that and you'll find a set of stairs. Follow the stairs up, go down the hallway and enter the third door on your left.

At first, this puzzle confused the heck out of me, so if you're lost: don't worry, you're not alone. The good news is that it's not as complicated as it actually looks. The better news is that we're here to walk you through it.

When entering the Ablution area, you will immediately see four statues and an ominous puddle of blood in the middle (vampires, remember?). The statues can be rotated from left to right in order to pivot them to where they need to be facing in order to solve this particular puzzle. Let's get started:

Before touching any of the statues, go to directly across from where you entered into this room until you are in front of a bronze plaque. The message reads, "Women are blind to male advances, but the poor shall take their chances, to give their lords their bounty sown, so that soon the wine may flow."

Don't you just hate riddles? Luckily, this is pretty cut and dry when you actually see each individual statue: