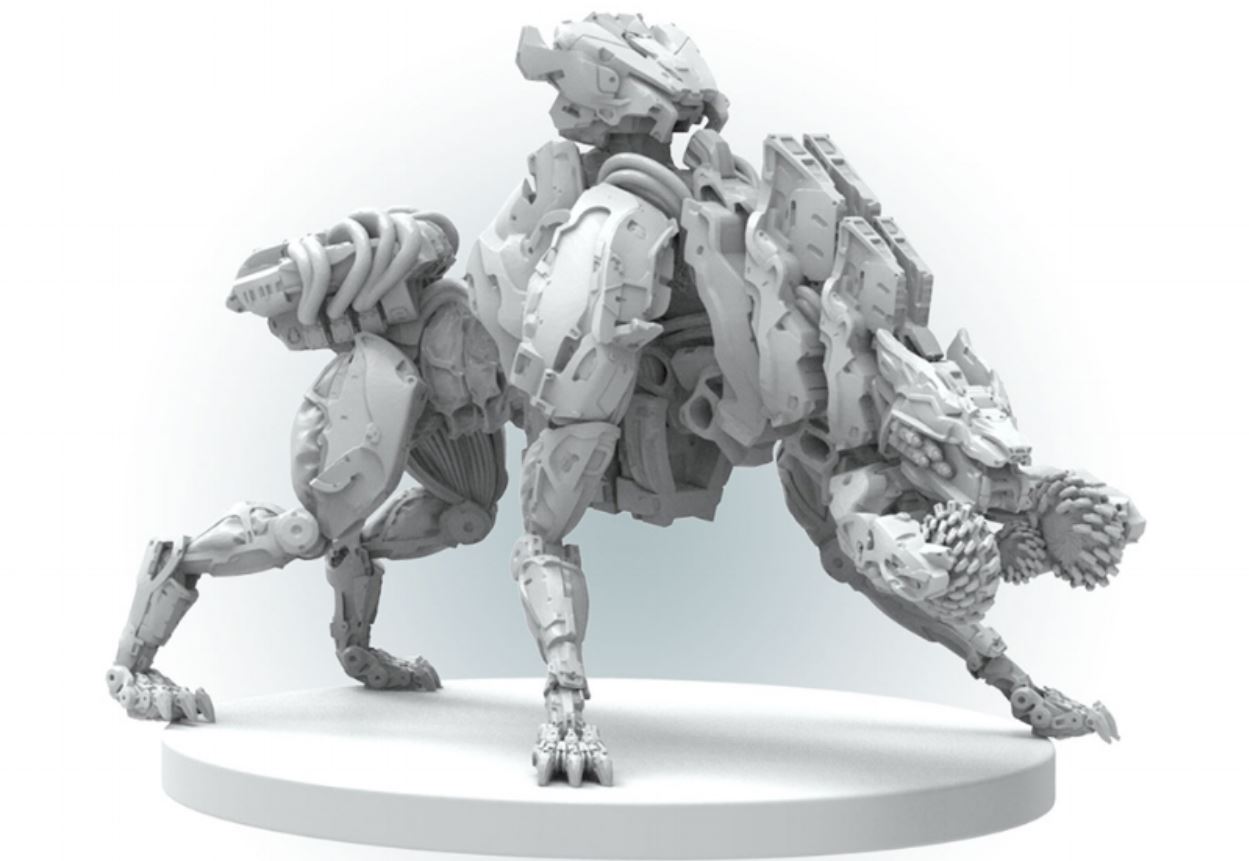 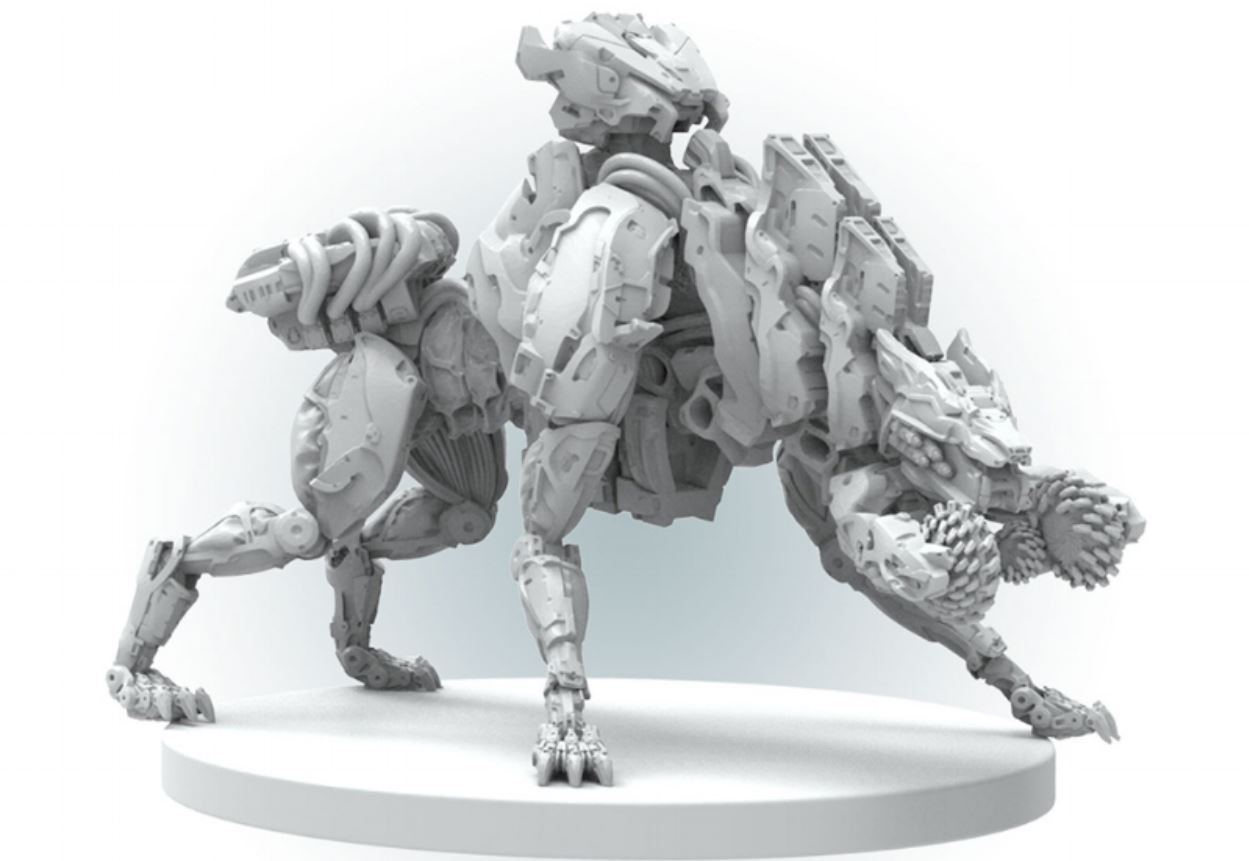 Steamforged Games is no stranger to adapting video games to a tabletop setting; it handled both the Dark Souls and Resident Evil 2 board game conversions. Both of those games have a serious lack of robot dinosaurs though, so the studio's next project is an adaptation of Guerrilla Game's smash hit, Horizon Zero Dawn.

The project is still very early in development. Despite official collaboration with Sony and Guerrilla, the game will still be funded through an upcoming Kickstarter campaign. However, based on Steamforged's history (Dark Souls and Resident Evil 2 far exceeded their funding goals), the success of this adaptation is virtually guaranteed.

Both Dark Souls and Resident Evil 2's tabletop versions have featured unique takes on cooperation and a whole suite of detailed figurines. Based on the target renders in Steamforged's announcement, Horizon Zero Dawn's iconic creatures will be satisfyingly miniaturized. Whether the game will be competitive, cooperative, or some mix of the two is as-yet unknown.

Our Take
Board games have a really gratifying permanence compared to the digital transience of modern video games. Having a version of Horizon with lots of little pieces and detailed art is a great way to remember one of the best titles of last year.