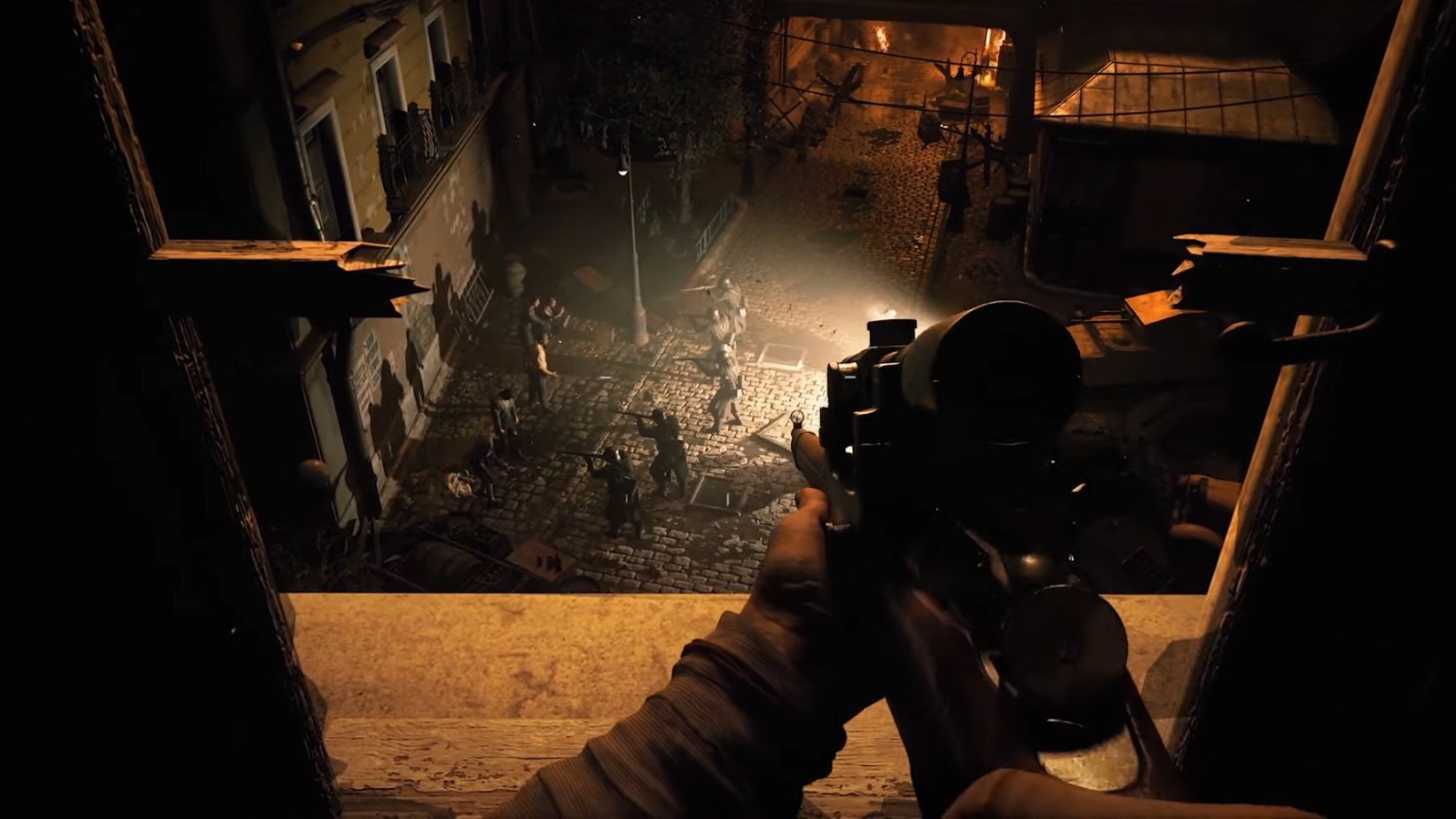 At Gamescom 2021, Call of Duty: Vanguard treated players to a look at the “birth of special forces” focus that the campaign features. Think of it sort of like an Inglourious Basterds take on a small crew heading into Berlin to foil plans for a successor to Hitler and the Reich. Can they stop Project Phoenix? We’ll know on November 5th, but today we got to see a slice of campaign play.

Polina Petrova is one of these critical characters, voiced by Laura Bailey and loosely based on famous WWII sniper Lyudmila Pavlichenko. In an extended campaign slice, we see Petrova maneuvering around Nazi forces, showing off some of the civilian interiors that Call of Duty: Vanguard is set to feature. Unarmed, a kitchen knife becomes a deadly weapon to take out the first of what is sure to be many slain enemy forces. Soon, Petrova is armed and into intense violence as she works her away around Stalingrad. Our special forces hero soon finds a sniper rifle and begins annihilating a squad of soldiers below with precise shots. Watch the trailer right here, and keep reading for a breakdown!

As the forces rush her position, she mounts behind cover and destroys her adversaries handily. The interior locations are quite detailed to look at as Petrova travels through rooms and down stairways, eventually making her way out onto the streets. This environment is dangerous, with deadly tanks and soldiers patrolling the streets, so Petrova quickly heads back inside to another building, stabbing an unsuspecting soldier in the neck with an assassination takedown. Clearing out a position, she quickly dominates the entire location with an effective array of both shooting and incendiary grenades before she’s knocked unconscious.

We’re then treated to a flashback of an hour before, where things were much calmer in the same area. From a peaceful exposition, things quickly turn brutal as airstrikes lay siege to the city and reduce it to smoldering rubble. There’s a hail of aerial gunfire as well to combine with all the fire and explosions, and it sells the vision that Sledgehammer is selling here well. After Petrova’s scene ends, we get a bit of a short sizzle reel and then the known November 5 release date. It’s a fairly significant look at a campaign segment for the upcoming Call of Duty title. What did you think?