You Must Build a Boat I absolutely adored EightyEight Games’ endless-runner-meets-match-three masterpiece, 10000000. Everyone in the Game Informer offices did, too; it won our 2012 Best Mobile Exclusive award. I was beyond excited when I heard about its sequel, You Must Build A Boat. While the name only connects to the original in its eccentricity, the gameplay cultivates that same insatiable addiction while adding more depth to the formula.

Your Pitfall Harry-inspired avatar starts in a puny little craft with two monsters. They all agree to team up to make a boat that will hold up at sea, seemingly continuing the hero’s escape from 10000000. The boat gets bigger as you progress, and newly recruited crew members populate the hold, opening shops and granting special bonuses like improved damage. In order to afford the upgrades and enlist the crew, you need to gather resources by running through dungeons, following the same basic structure as the original.

Your character runs across the top of the screen while you match up attacks and defensive tiles on the puzzle board below to help him run and fight his way as far as possible. Quests offer a specific set of tasks to complete each run, like making it a certain distance or scoring a certain amount of match-5s. The variety of quests kept me on my toes; the best ones force to you focus on a specific element and nail it rather than counting on luck to carry you through. The latter can get annoying, but the investment system helps keep you going in addition to the belief that things have to go your way eventually. Sometimes the distance goals at the end of the levels would bring me down, since I had already gone far enough in previous runs, but didn’t have the specific quest activated at that time. Once you’ve completed every quest in a specific zone, your newly expanded crew will hop up and down to make the boat sail upriver (don’t think about the physics).

Between runs you visit with the ever-expanding shopkeepers to buy upgrades with gold, plus new resources like brains, brawn, and dust. The number of useful upgrades to buy constantly grows, sucking you into an addictive puzzle-and-shop loop. Before you know it, several hours have gone by and your phone battery is almost dead.

Outside of hooking you and not letting go, the core gameplay systems have been deftly expanded and improved from the original. Tile sliding feels responsive and quick, and you can move them while they’re in the middle of clearing to create additional matches if you’re skilled enough. Special items like arrows and spells appear on the board, so your thumbs stay where the action is happening. New drone-like traps hover to your character in the top screen with a specific tile type you must match before it gets there, keeping you on your toes. If you’re too late, you receive a nasty status effect, the worst of which freezes you in place until you make enough matches to break free. These traps are a pain, but train you to keep peripheral tabs on the action up top. Sometimes these things screw you over, but in a game with random tile drops, dungeon layouts, and rule modifiers, you’re going to have lucky and unlucky runs alike. It’s all about how you adapt when you get dealt a bad hand.

Gameplay remains compelling throughout the campaign, but the investment system loses luster toward the end. I was always in need of more brains, while I had more brawn than I could ever spend. Dust is the rarest commodity, and it’s needed for all the best upgrades; I often had plenty of everything else and got stuck waiting for it to drop. It feels great to finally finish the titular boat and see the credits, but the only thing you can do afterward is dryly grind for any remaining upgrades and search for secret crew members. You can also start over with a harder difficulty, but you’ll lose everything you’ve earned. You earn a rank at the end, but without information on how it compares to others, you don’t know whether to be pleased or ashamed.

Despite the slight drop-off toward the end and the low replay value, You Must Build a Boat is a great experience while it lasts. For a good six to nine hours, building a boat will indeed become the most important task in your life.

This review was based on the iOS version. You Must Build a Boat is also available on PC, Android, and Mac.

Be sure to watch our episode of Test Chamber to see the game in action. 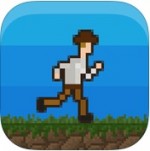 You Must Build a Boat

EightyEight Games returns with the addicting sequel to mobile hit 10000000.

Purchase More Info
9
i
Game Informer's Review System
Concept A follow-up to the puzzle hit 10000000 with a deeper, more addicting experience
Graphics The pixelated look is charming, and tiles are slightly bigger this time around
Sound A catchy chiptune soundtrack will stick in your head long after completing the game
Playability Touch-controlled tile sliding feels responsive, and the tiles clear quickly
Entertainment Your addiction to this game will burn white hot for a couple days, then drop off after completion
Replay Moderately Low